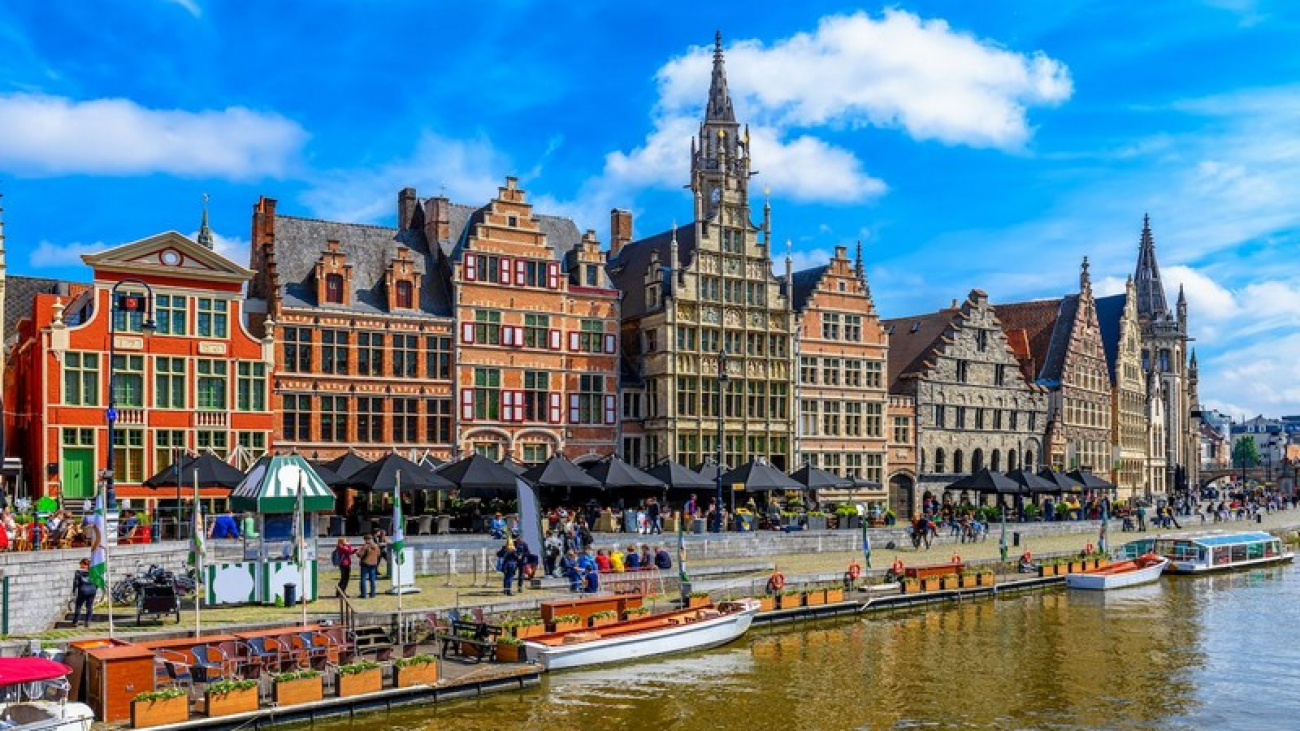 Dubbed the precious jewel of Europe, Belgium boasts beautiful, diverse and unique cultural features. If you plan to spend some time in Europe, then definitely check out the 7 most gorgeous Belgian cities.

THE FASCINATING CITY OF DINANT, BELGIUM

Despite having been devastated by German troops in 1914, Dinant has flourished to be one of the most beautiful cities in Belgium. Built along the Meuse River against rocky cliffs, Dinant is considered a paradise on earth. Travelling to Belgium, you will have chance to take a sightseeing cruise along the peaceful Meuse River, stroll and explore the Ardènnes Highlands or visit the magnificent Catholic Church originally built in the 10th century in Roman architectural style. With its peaceful nature and hospitable locals, Dinant is an appealing destination for first-time travellers.

FALL IN LOVE WITH BRUGES, BELGIUM

Dubbed the ‘Venice of Northern Europe’, Bruges oozes a peaceful and romantic beauty with its large network of ancient canals and moss-covered bridges that wind through the city. Featured in the movie ‘In Bruges’, this Belgian tourist city is a traveller’s dream. Here, you can admire the red brick houses, ash-gray walls, faded wooden roofs and the Gothic bell tower which definitely brings the ancient ambience to Bruges. Bruges has been a UNESCO World Heritage site since 2000. For a perfect trip to this historic city, you can take a boat tour along the peaceful canal that winds around the city and enjoy the gentle pace of daily life.

THE FUN-FILLED CITY OF GHENT

Located in northwestern Belgium and dating back 1,400 years ago, Ghent is one of the oldest cities in Belgium. Exuding nostalgia and classic European vibes, Ghent is the epicentre of world-famous festivals, historic architectural structures, an expansive network of canals, quirky bars, restaurants and traditional art museums. Visiting Ghent is like setting foot into a striking world full to the brim with colourful cultural experiences. Take a stroll around the gorgeous city, relax your mind, forget your worries and immerse yourself in an amazing variety of thrilling and fun-filled activities.

Located about 30km from downtown Brussels, the Belgian city of Leuven intrigues newcomers with its ancient and romantic beauty. The highlight of Leuven is the Stadhuis Town Hall – an immense, ornate Gothic town hall covered with 236 sculptural statues honouring the historic heroes who have contributed greatly to building the city. Your trip to Belgium would not be complete without paying a visit to the world’s largest brewery, Brewery Stella Artois, situated just a 15-minute walk from the city centre. If you are a keen beer drinker, then the brewery is a must to add to your travel bucket list.

THE CULTURAL HUB OF MONS

If you are looking for a piece of ancient Belgian history and culture, then Mons ought to be on your list. As the most cultural and historical hub in Belgium, the stunning city of Mons attracts many visitors with a series of beautiful historical structures such as the 17th-century Baroque Belfry, the large and intricate St. Waltrude’s Collegiate Church, the Town Hall and the Grand Place Square. In addition, the city is full of street art pieces, from murals to sculptures, making it an impressive cultural destination in Belgium.

THE PRECIOUS CITY OF ANTWERP, BELGIUM

As the second-largest city in the chocolate capital of the world, Antwerp appeals to architecture and creativity enthusiasts. Although it was devastated during World War I, the city of Antwerp was rebuilt in the first half of the 20th century in a functional modernist style. With its developed economy, rich history, unique culture and impressive natural landscapes, Antwerp is a true hidden gem. Strolling around Antwerp, visitors will be overwhelmed by splendid architecture such as the MAS museum, Steen Castle and Antwerp Town Hall.

GET A BIT OF PEACE IN DURBUY

Nestled in a scenic valley filled with verdant greenery in the Ardènnes region, Durbuy intrigues many travellers with its winding cobblestone streets, rustic rural houses decorated with beautiful rows of azaleas and ivy. Known as one of the smallest cities in the world, Durbuy is home to a population of only 400 inhabitants. Here, you can walk along the old city, go camping, visit St.Nicholas Church and Museum of Modern Art or explore artisanal markets for a signature dining and traditional Belgian beer experience.