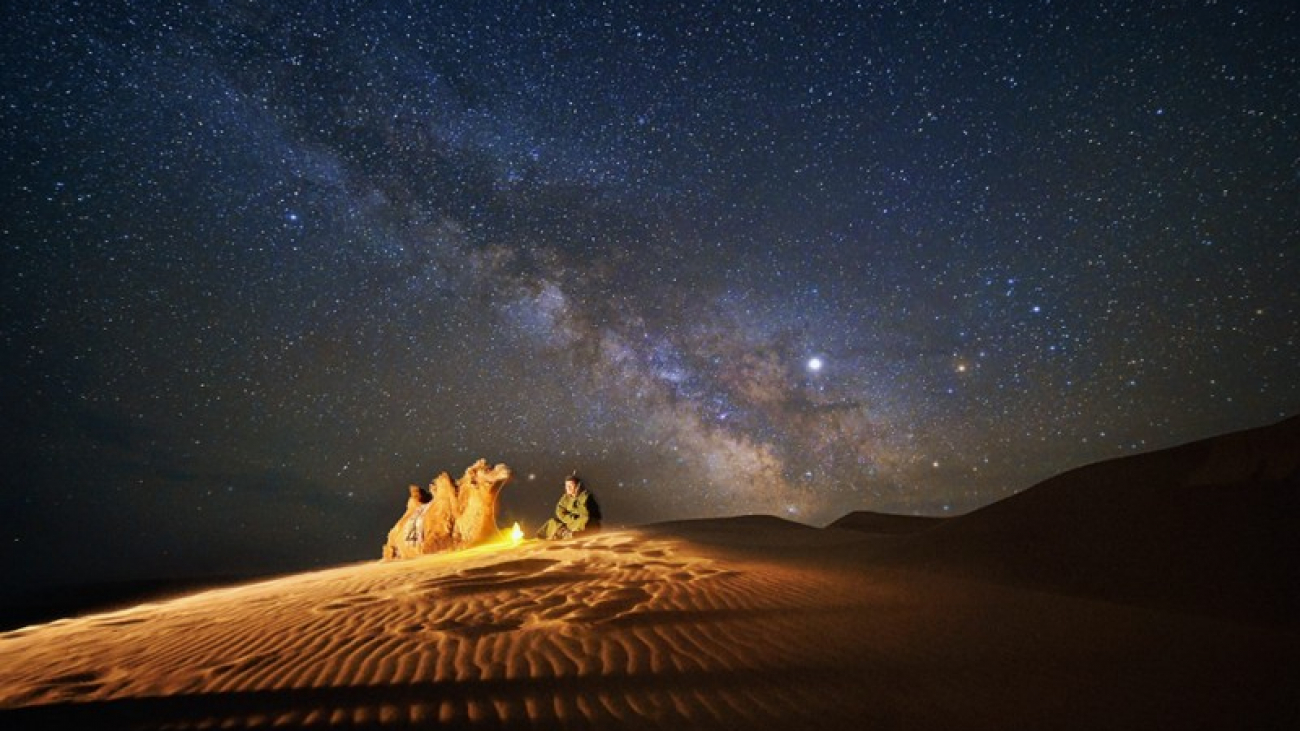 by Wanderlust Tips Team
with one comment
ASIA DESTINATIONS

If you want to plan a trip to one of the best stargazing spots in Asia, here is the list of destinations that offer incredible views of the night sky and little light pollution and allow you to have a once-in-a-lifetime astronomical experience.

Designated Asia’s first International Dark Sky Park in 2015, South Korea’s Yeongyang Firefly Eco Park is an ideal destination for stargazing enthusiasts. Located in the Wangpi River Basin Ecological Landscape Protected Zone in eastern South Korea, about a five-hour drive southeast from Seoul, this dark-sky park has minimal light pollution and crystal-clear skies thanks to a small population. Apart from the star-studded sky, this park protects the millions of glowing fireflies, who require darkness to communicate with each other.

STARGAZING IN THE HEHUAN MOUNTAIN, TAIWAN

The dark skies and less air pollution make Hehuan Mountain on the best stargazing list. Located in Taroko National Park, about two hours by car from Taichung International Airport, this International Dark Sky Park intrigues a large number of stargazers from far and wide. During your stargazing time in Hehuan Mountain, you can not only see very unique star alignments but also go camping in several campgrounds such as Heliu campground (at the Lüshui Trail entrance) and Lushui campground near the Lushui Geological Exhibition Hall.

Built on the most southerly inhabited island in Japan, the Hateruma Island Starry Sky Observatory Tower is known as a very good place to view the starry night sky. Approximately 15 minutes by car from Hateruma Port, this observatory is home to a 200-millimetre refracting telescope which allows you to see 84 constellations during peak new-moon periods, from late April to mid-June, including the Southern Cross. Iriomote Ishigaki National Park, Japan’s first International Dark Sky Park, located on the nearby Iriomote Island, is also an impressive stop for you to have the ultimate cosmos experience.

If you want to be blown away by nighttime sky spectacles, Great Wall is your ideal destination. Opened to the public day and night, the old stretch of Gubeikou has some of the most surreal stargazing in China. With small crowds, few nearby residents and low light pollution, this section of the wall gives stargazers incredible views of glittering constellations. For the ultimate cosmos experience, many local tour operators like Great Wall Hiking and the Great Wall Inn offer an array of activities such as hiking or camping.

Nothing compares to a night under the stars, especially on Asia’s largest desert, the Gobi Desert in  Mongolia. With its crystal-clear skies and high elevation of over 5000ft above sea level, the Gobi Desert offers exceptional views of the Milky Way, along with the blanket of shimmering stars. Your stargazing trip to Mongolia would not complete without staying at Three Camel Lodge, a National Geographic Unique Lodge of the World. So pack your bags, escape the city light and experience this magic.

Located about 37 miles north of Lijiang, Yunnan, China, at the tail end of the Himalayas, Tiger Leaping Gorge is one of Asia’s best spots for mountain stargazing. There is an 11-mile mountain-ringed trail, which takes travellers up rugged switchbacks and rocky descents overlooking the Yangtze River en route. Visiting Tiger Leaping Gorge, you should spend a couple of days trekking and then exploring the dazzling night sky at one of several budget-friendly accommodations like Tiger Leaping Gorge Guesthouse.

Looking for another great stargazing spot in Asia? Lan Ha Bay in Vietnam is a must to add to your bucket list. Aside from widely known for its spectacular seascapes and peaceful ambience, this destination is particularly ideal for stargazing in Vietnam. Small-boat cruises take travellers through Ha Long Bay and out into calm, clear Lan Ha Bay for two tranquil, star-filled nights. You can also take buses or ferries jet to get to bungalows in the jungles of Cat Ba Island, where they can stargaze in near solitude before dozing off to the rhythm of the waves.