New Orleans, is the most unique city in America, not only by its complicated history with the French, but it is how the people created such an intricate level of cultural presence in every corner of the city. No other place can deliver a timeless breath of air into its cuisine, jazz, and never-ending festivals. This is the most groovy guide to the most dynamic city of Louisiana, New Orleans.

Located on a bend of the Mississippi River, New Orleans – Nouvelle-Orléan, is Louisiana’s pride city and the Gulf of Mexico’s busiest northern port. Founded by the French and brought by the United States in 1803, the city is well-known for its cultural diversity and vibrant city life. There are just so many layers in this city, from the legendary event Mardi Gras, lively streets such as Bourbon Street, and its iconic Mississippian dishes. 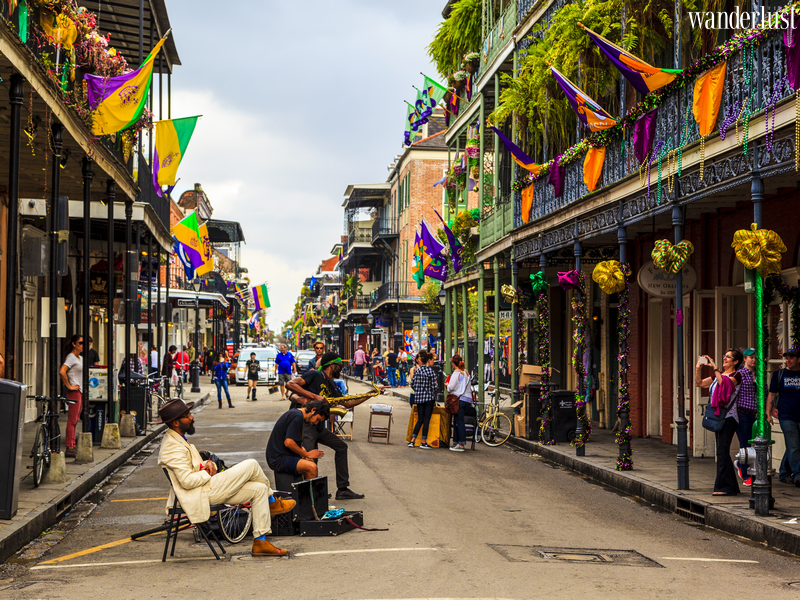 After 40 years of being a Spanish city, New Orleans did extensive trading with Cuba and Mexico until 1803 when Louisiana reverted to the French, who sold it to the United States 20 days later in the Louisiana Purchase. In the early 19th century, New Orleans became the United States’ wealthiest and third-largest city. By 1900, the age of electrified cars, jazz clubs, and dance halls was born. The city grew large and even with Hurricane Katrina in 2005, thrive nevertheless and became one of America’s top tourism destinations.

The city is filled with unique streets with their features, here are a couple of the most well-known places. 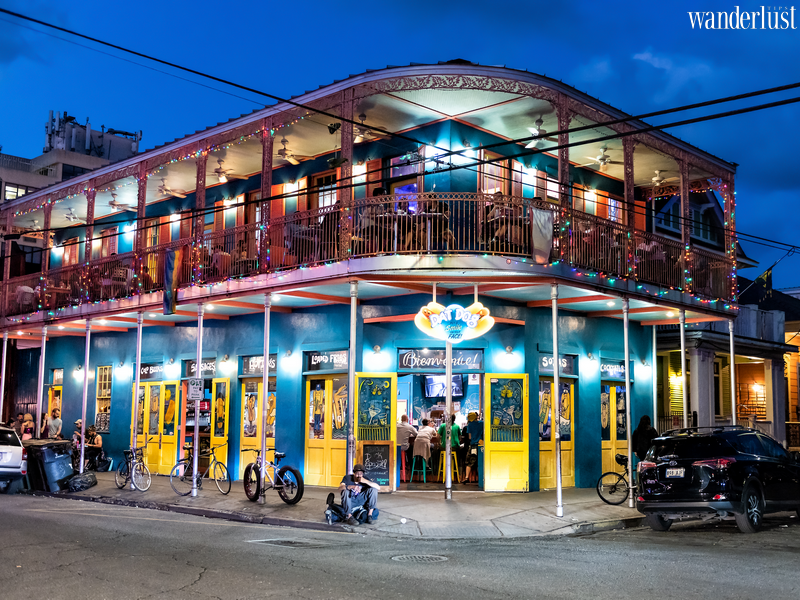 This should be a given that the French Quarter is the central neighborhood of New Orleans. The Vieux Carre is packed with over-the-top, French-inspired architecture, history so profound that carries out provides a rich collection of food and music. 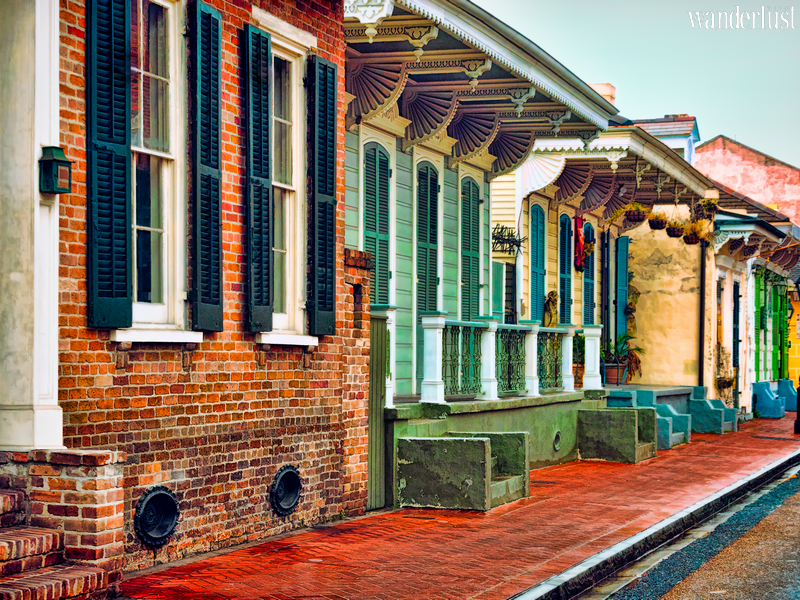 One of the city’s spot-to-go for great jazz, blues, reggae. Almost everything bars and restaurants here come with live grass bands. 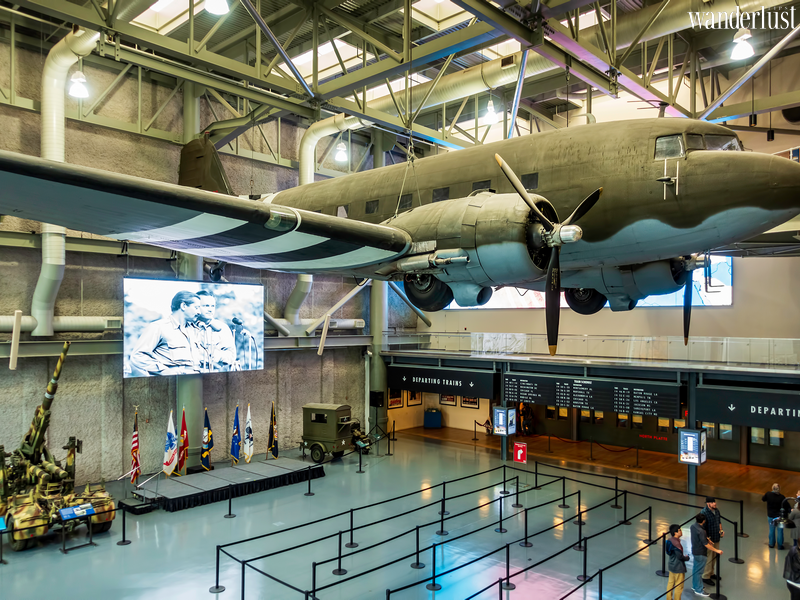 This national museum is filled with award-winning exhibits honoring the people who served in WWII. Lots of remanents, old planes, cars, and a theater with music inspired by WWII-era. 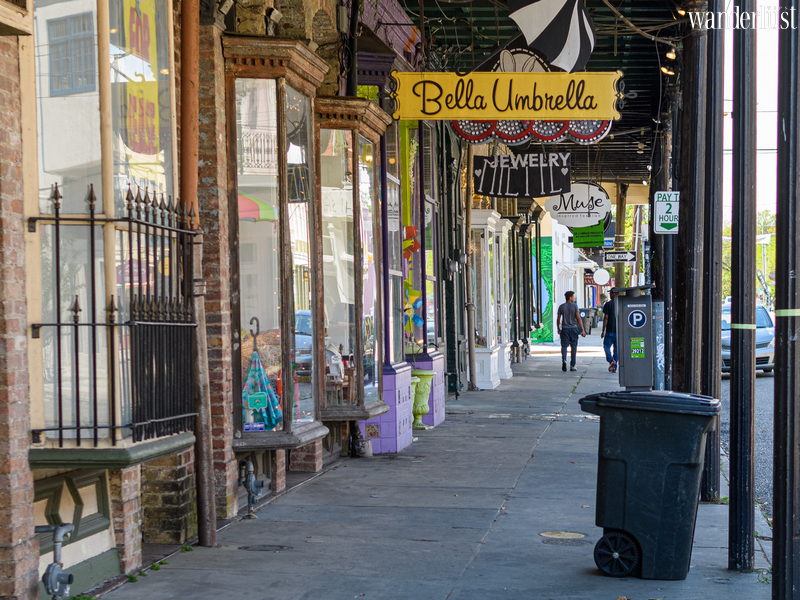 Photograph by @William A. Morgan | Shutterstock

This street stretch over 6 miles of shopping, dining, art galleries, and a zoo that you should not miss. A perfect place to spend the day shopping for New Orleans’ most exotic goods. 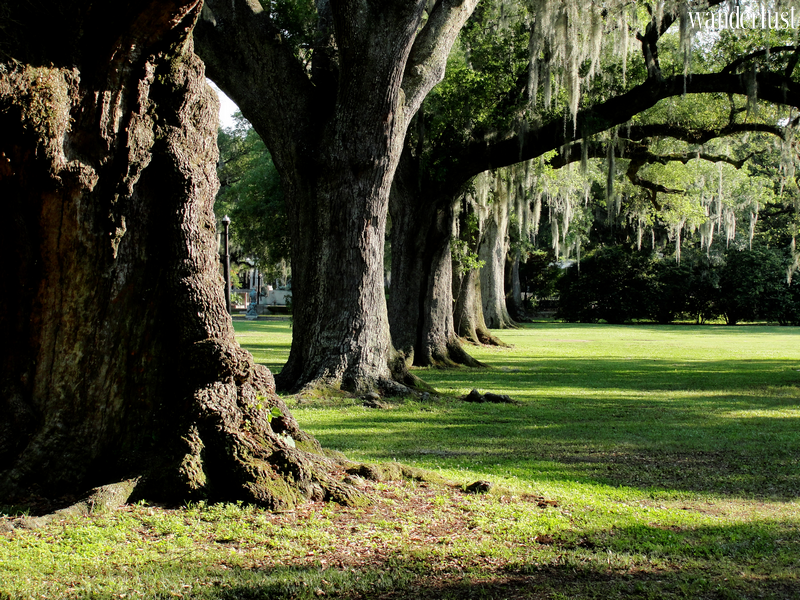 With its Southern weather, New Orleans is best to visit from February to May when the temperature is pleasant and when the festivals are in full swing. For a less festive experience, try going in December or January when the city is calm and there are not many tourists around. 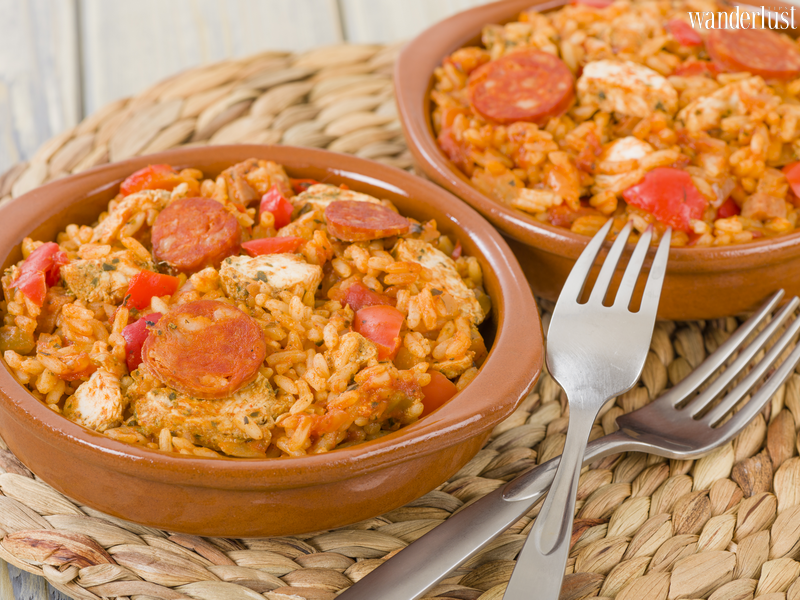 It will be a complete waste of a trip if you do not go on a food tour in the French Quarter, there are small restaurants outside of the neighborhood, but inside the Vieux Carre is where the best cooks in town are in. 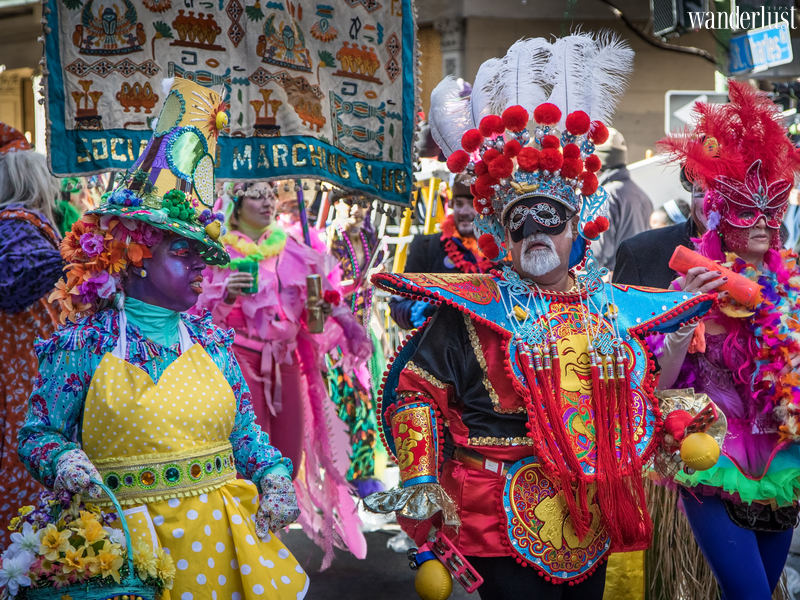 Hosted every year, local krewes of New Orleans have their ways with more than 50 parades and concerts for weeks in the celebration of Mardi Gras. Put on a colorful costume and join the festivity. 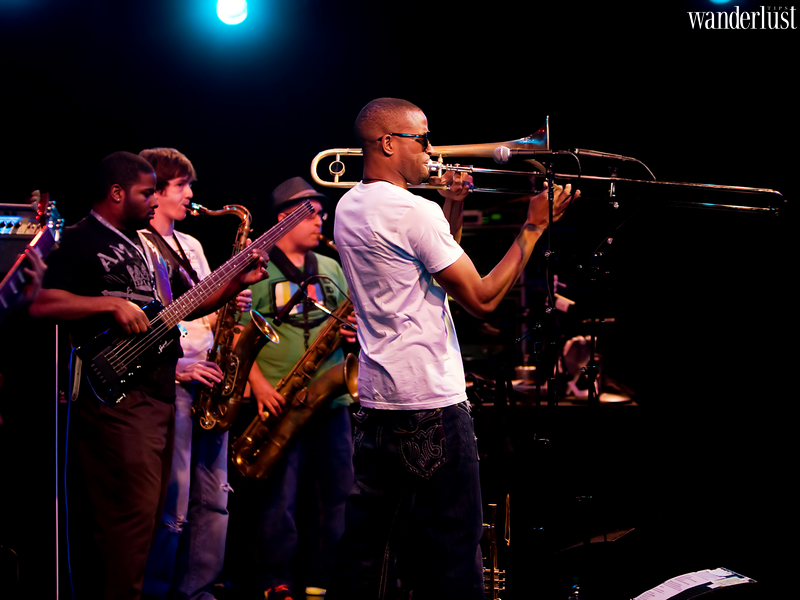 This is the second-biggest festival in New Orleans. Focusing on performing Jazz and related music genres, the festival preserves the heritage of African people here in the city, as well as supports the communities.

How to get there 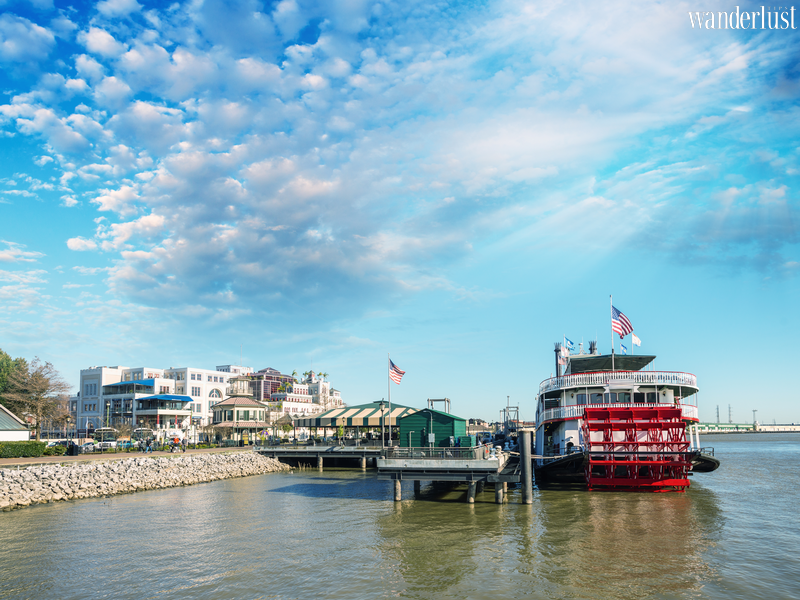 Flying, books for a train, or a bus upstream are available options, but to experience the southern atmosphere, you need to take one of the famous cruises on the Mississippi River. The wavy waters blend in with amazing jazz pieces and delicious seafood, a one-of-a-kind means of travel before visiting New Orleans.

Travel around the town 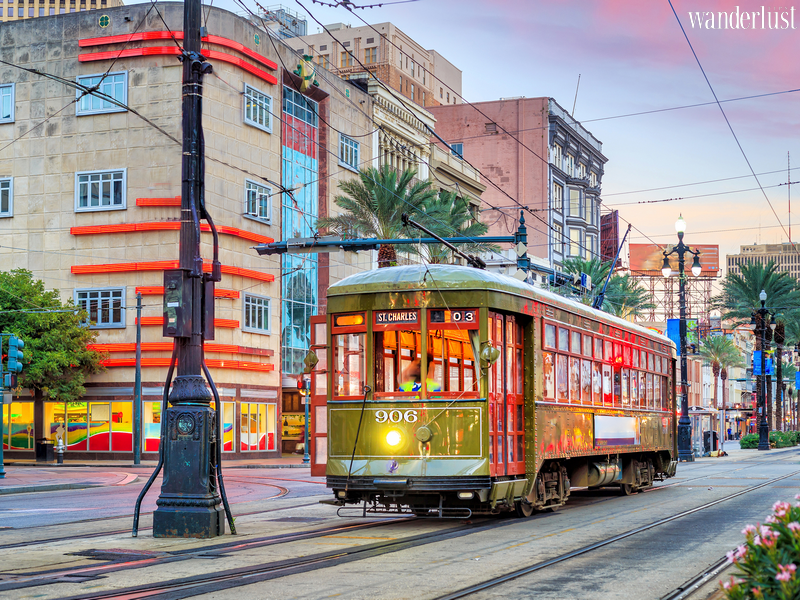 New Orleans offers the most unique ways to travel around the city. For example, streetcars are a charming and convenient way to see the moody streets of the city, from Downtown to the French Quarter. Another way is by the Algiers Ferry, which has been crossing the Mississippi River since 1827.