by Wanderlust Tips Editor
with no comment
WORLD CUISINE

Humans have been devouring deep-fried dish for thousands of years. Since our invention of the frying pan and cooking oil, the dish with crispy outer layer and soft, warm inner has always made our mouth waters, and our love for the practice has only grown in the followed centuries. Nevertheless, it will take a stomach of steel and a lot of willpower to sample every fried dishes around the world or even in a country. Of course, this list does not cover every fried foods ever made, but it should get you a hefty list to start with. Here are 10 of the best fried dishes around the world.

A famous Japanese fried dish made from seafood, meat or vegetables, covered in batter then deep-fried. Although the shrimp variant is more popular, vegetables tempura has more choices into it, ranging from soft ones like green beans or mushrooms, to hard ones like pumpkin, lotus root,… Tempura is often served and eaten right after frying, with or without dipping sauce. 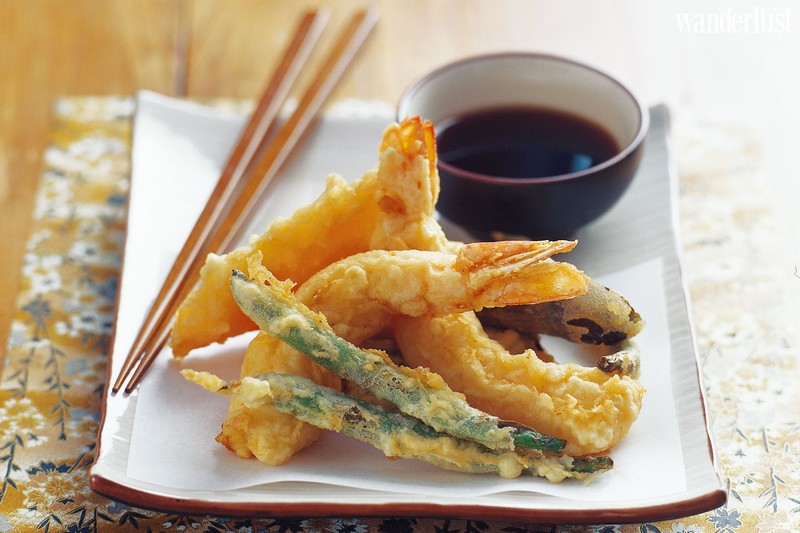 Made of cornmeal, these deep-fried croquettes have been a traditional assortment with deep-fried fish in Southern US since the Civil War. Typical hushpuppy includes cornmeal, eggs, salt, milk and water, mixed well in dropped by spoonful into hot oil. The result is a crispy, golden brown small little breads. 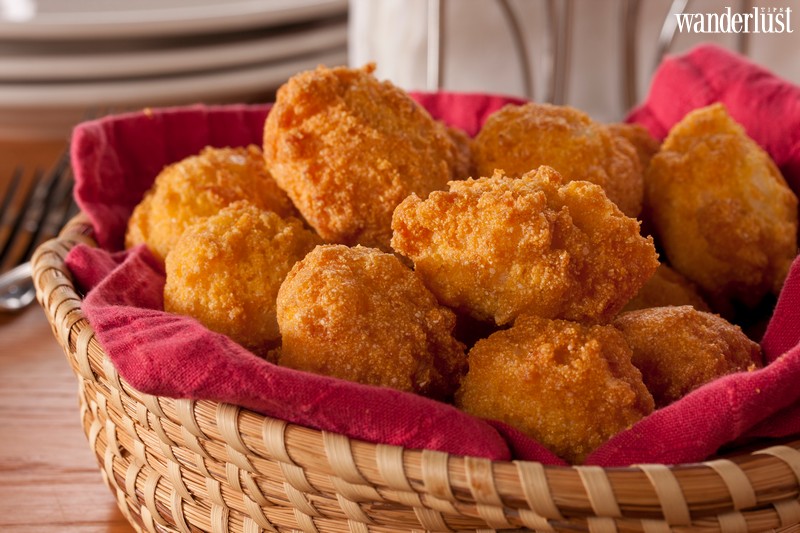 This deep-fried dish is as simple as you can imagine. Fried yeast dough dusted with powdered sugar and that is it, the full description of the dish. Yet it spells New Orleans‘s French Quarter, where they are famously served at cafes. 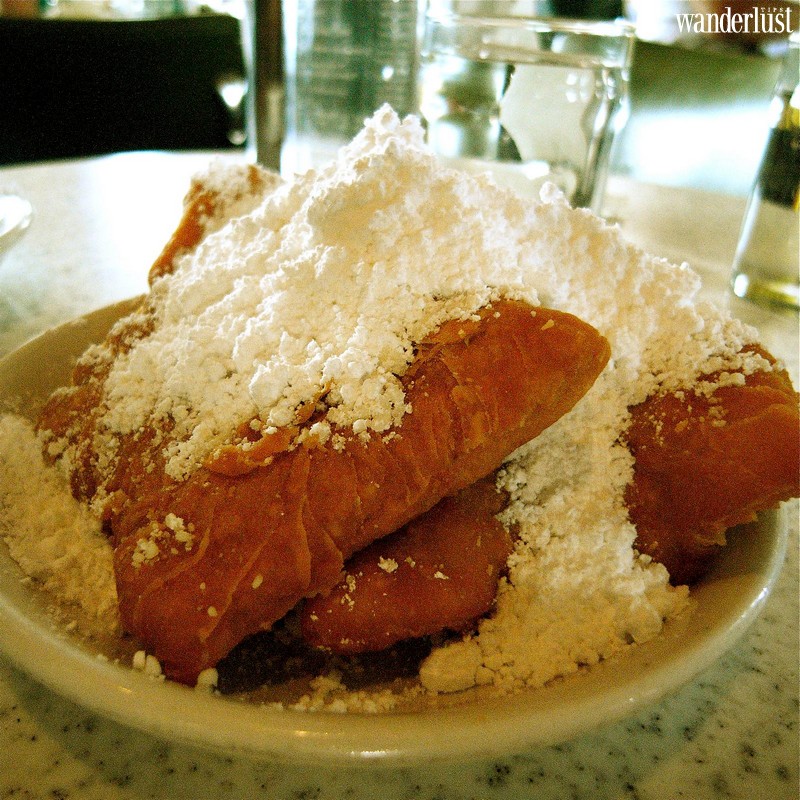 Arguably among the oldest of desserts, this thin, fried rounds of batter was recorded selling on trade routes dating back since the medieval time. Served hot out of the pan, then dipped in a sugar syrup, it creates a sugary, chewy and crunchy texture that will flatter even the toughest eater. 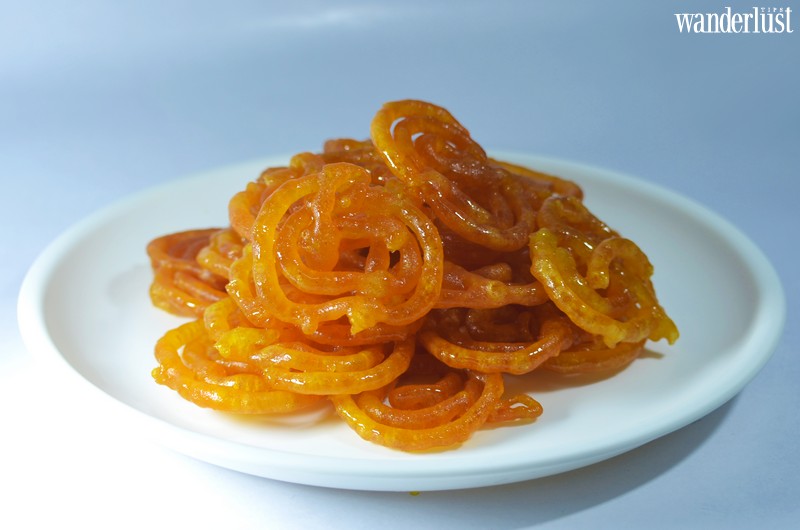 A type of fried bread famous among Swahili people, Mandazi is easy to cook, easy to eat, and goes with essentially every food or dipping sauce. The dough can be made with milk or coconut milk (this version is called mahamri or mamri) and maybe flavoured with cardamom. 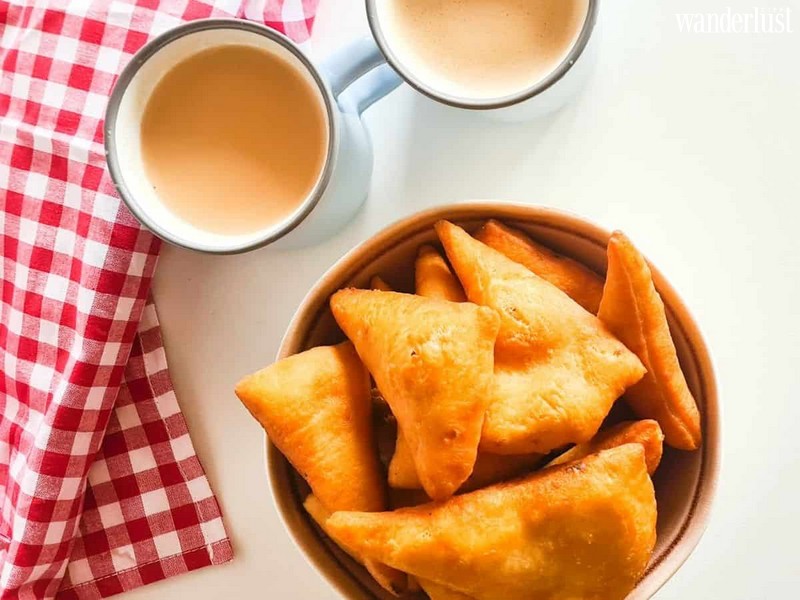 A bonus for vegetable growers, as this is not normally sold or have much economic value, zucchini blossoms is picked, cleaned, then dipped in light batter then deep-fried. Normally, only the male blossoms are picked, as they will not give out zucchini and will die out eventually. 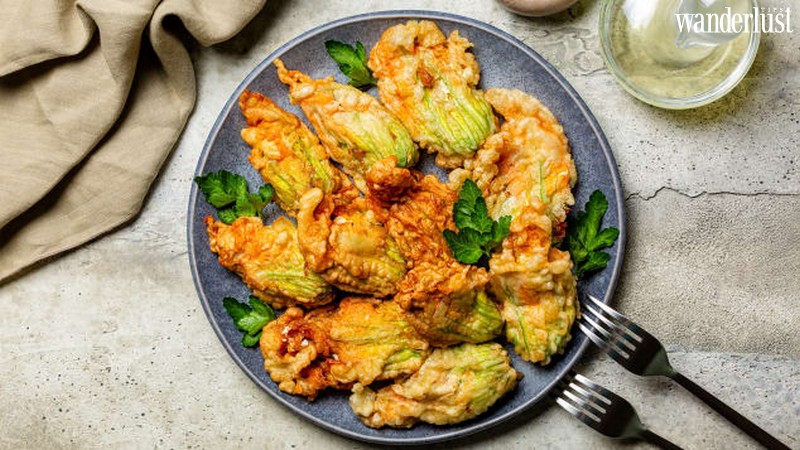 Funny to say, french fries is not called french fries in France, it is actually called “frites”. And there is an ongoing debate on whether the Belgium or the French invented this delicious deep-fried dish. As far as the tale goes, the name is from a technique called “frenching” (thinly slicing vegetables) so they all cook evenly. French fries now commonly served with steak, burger, or as it is, dipped with ketchup, mayonnaise,…anything you can find. 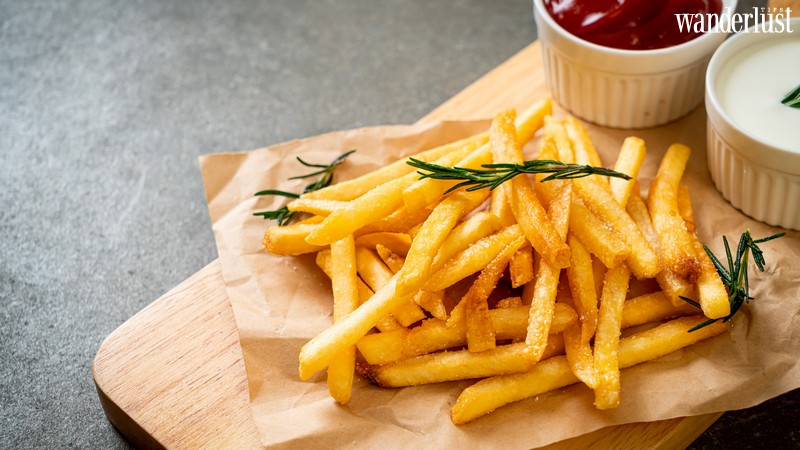 Chicken has been serving humanity for too long. There are a plethora of ways to cook chicken, but arguably the most famous, most widely eaten, and some say, most delicious is to deep-fry. American fried chicken is famous for its thick and crumbly crust, results of chicken being marinated in buttermilk and rolled through flour; while South Korean version has softer and crunchier crust, and always go with sauces. 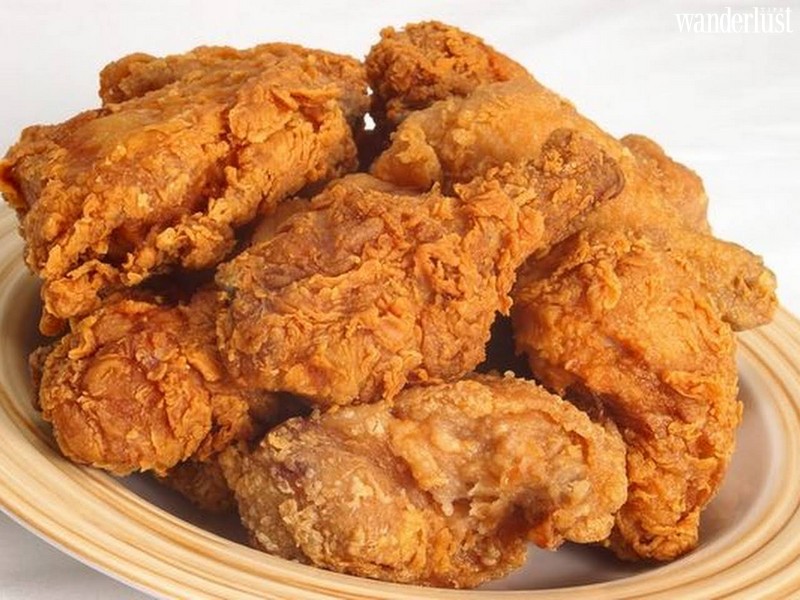 Literally translated to “orange cake”, these little balls do not even taste like orange. The name came from the colour and and the shape, that actually resemble oranges, minus the sesame. Made with glutinous sticky rice flour and filled with mung bean, it is rolled through sesame and fried. A similar version called banh ran is drizzled in caramelised sugar syrup, or covered in sugar, is a fried dish that sold almost anywhere in Northern Vietnam.

Literally translated to “fried milk”, leche frita is a famous Spanish fried dish food. Of course, you cannot pour milk into a pan and fry it. Milk needs to be cooked with flour and sugar to form a thick custard, then chilled until firm. After that, the milk will be dredged in eggs and flour, then deep-fried. 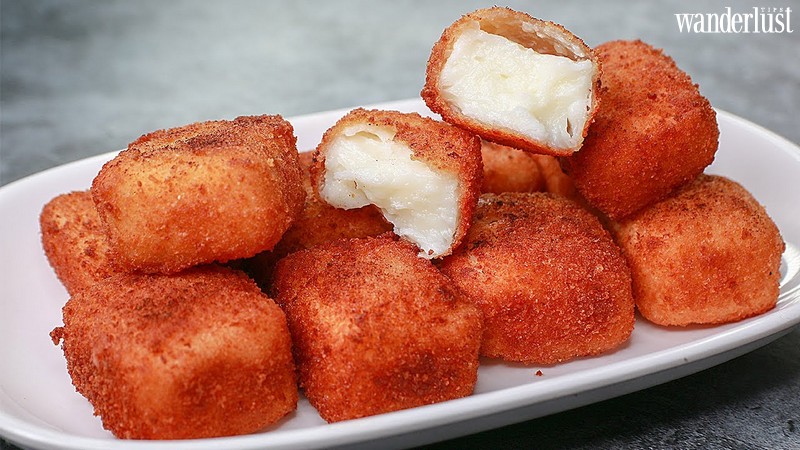