by Wanderlust Tips Editor
with no comment
ASIA DESTINATIONS

As one would expect from a capital, Kuala Lumpur has much in store for its visitors. An Islamic city and also houses the Malaysian royalties, Kuala Lumpur depicts a buzzing cosmopolitan but still bears a significant traditional and religious influence. Filled with flashy, high-end shopping centres, but nestled in are religious and culture structures, and natural sites that can meet the harshest demands for a touristic area. It can be said that Kuala Lumpur is a perfect start for anyone who wishes to explore Malaysia.

Although founded quite recently in 1857, Kuala Lumpur, or KL by most Malaysians, the city has become a melting pot of cultures in the region. The city is home to Malay, Tamil, Chinese and indigenous inhabitants, and despite religious and cultural differences, they live well with each other and create one of the most culturally diverse city in the world. 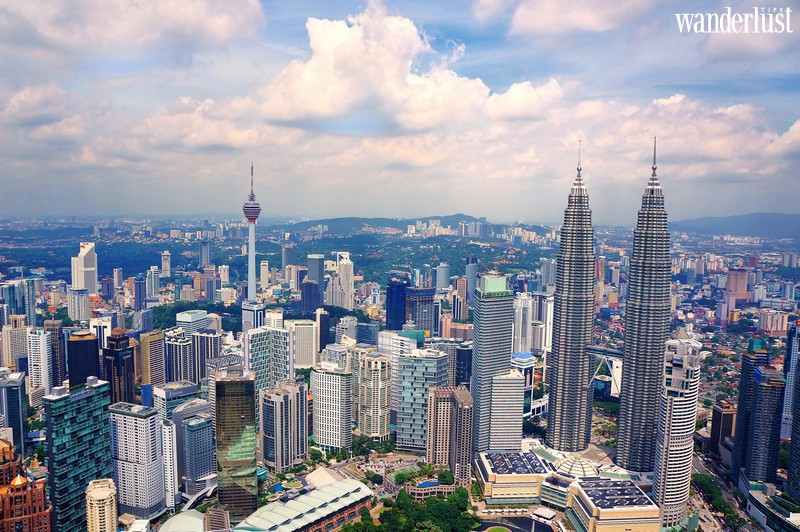 It does not matter if you like shopping in a megamall, or just want to spend an afternoon in a museum, Kuala Lumpur does not disappoint. Here is a list of best places to visit in the city.

Visiting Kuala Lumpur without seeing Petronas Tower can be compared to visiting Paris without seeing the Eiffel Tower. The tallest twin tower in the world, it is connected by the iconic sky bridge on the 41st and 42nd floor, which has long been a major tourist attraction for its panoramic view of the city. But if you want to go higher, the 86th floor will blow you away with its Observation Deck. And if you want to stay grounded, then the shopping mall that occupies 6 levels will certainly meet your demands. 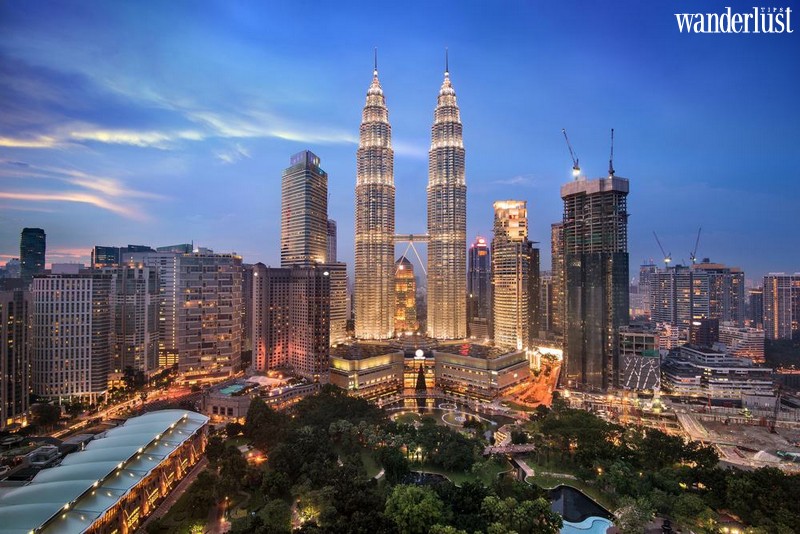 Known as Menara Kuala Lumpur, the 421 meters tower tall tower is the tallest in Southeast Asia and 7th in the world. The main function of the tower is for television and radio broadcasting, but it is more well-known for its observation deck and revolving restaurant. The observation deck is the highest point in the city, and also serves as a Moon observatory to mark the beginning of Ramadan. 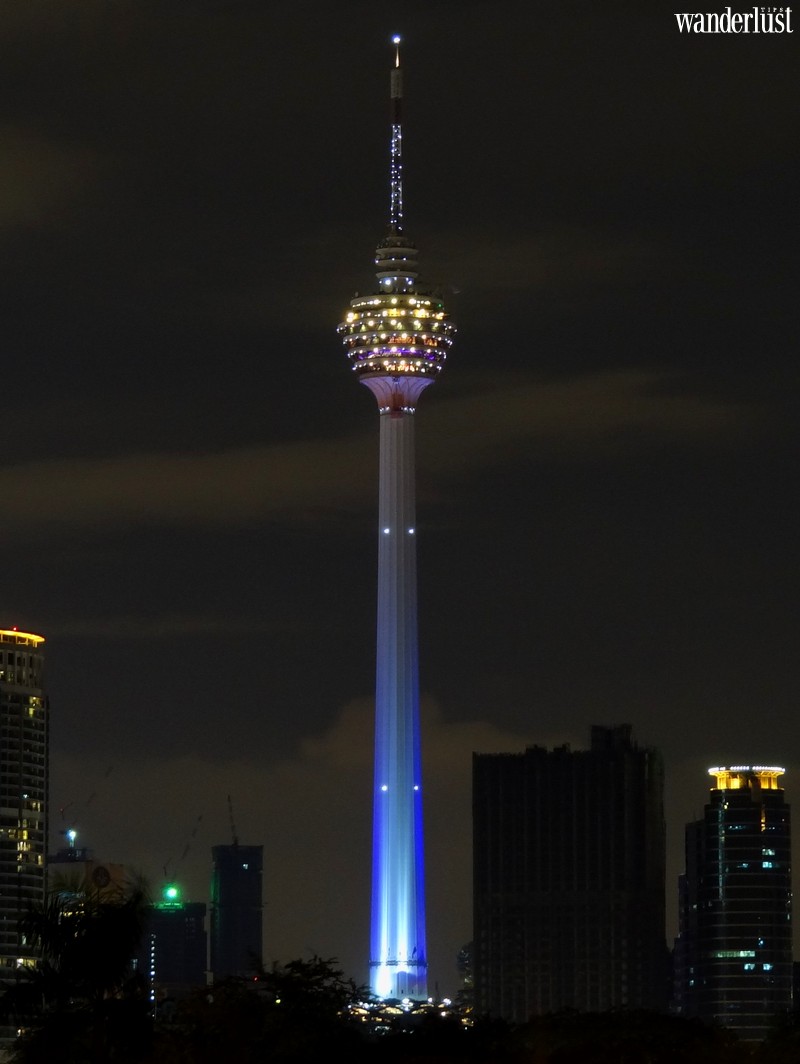 Home to more than 3000 birds of more than 200 species, the park is one of the must-visit places in Kuala Lumpur. Visitors can enjoy this eco-friendly park and its greenery while walking among the birds. The birds here are not caged, with the exception of Zone 4. If you are a nature enthusiast and want to snatch stunning bird photos, this is your place. Or, if you have small kids, Zone 4 with its nursery will definitely be loved as kids can learn about egg incubation there, and if they are lucky, they can even observe birds hatching from their eggs! 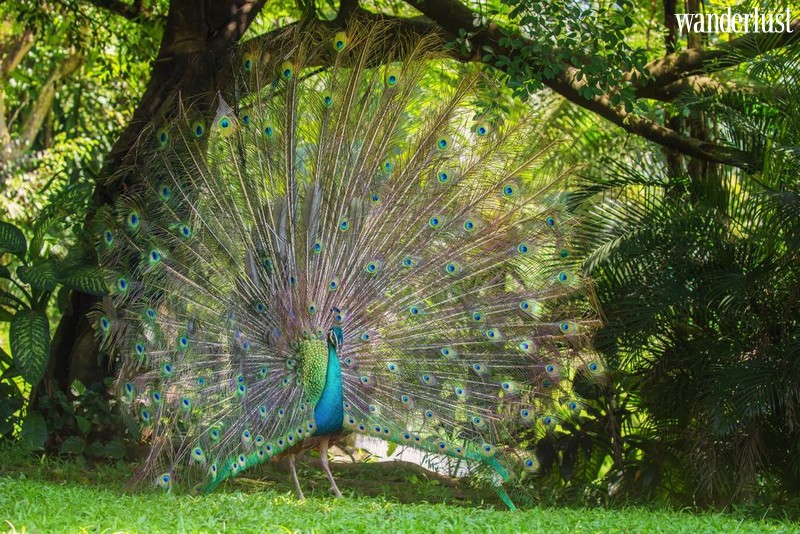 Too tired of seeing too much concrete or overwhelmed by the heat from the street? Then this is a perfect place for you for a few hours off the street and feel the nature. Built in 1888, it is the largest park in Kuala Lumpur, and home to many other parks. With its large lake, lovely flower arrangements and romantic bridges, it is a suitable place for camping, or as an escape from a long tour of the city. 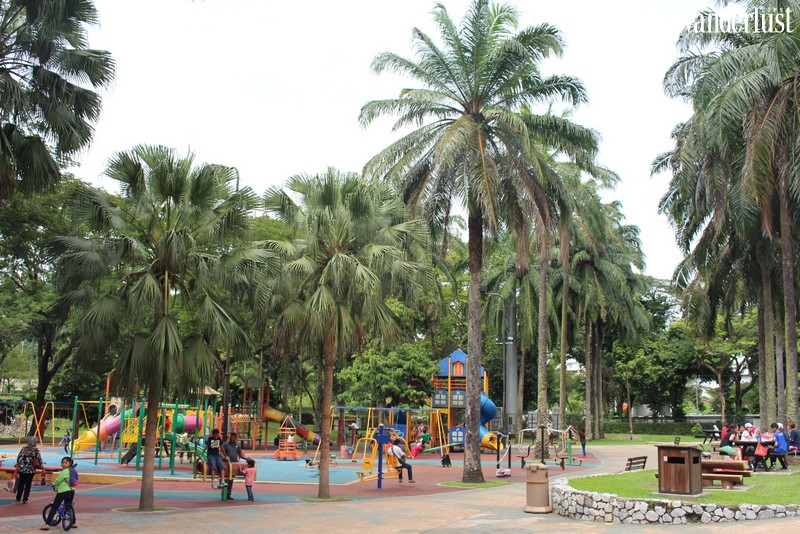 Relatively close to the Perdana Botanical garden, the National Museum is an architectural wonder. Built in 1959 as a place to house national and cultural treasures, as well as flora and fauna specimens, the museum consists a mixture of both contemporary and traditional designs inspired by the Royal Palace. Visitors to the museum can learn more about Malaysian culture and history, as well as replicas of the daily life of Malaysians in previous time. 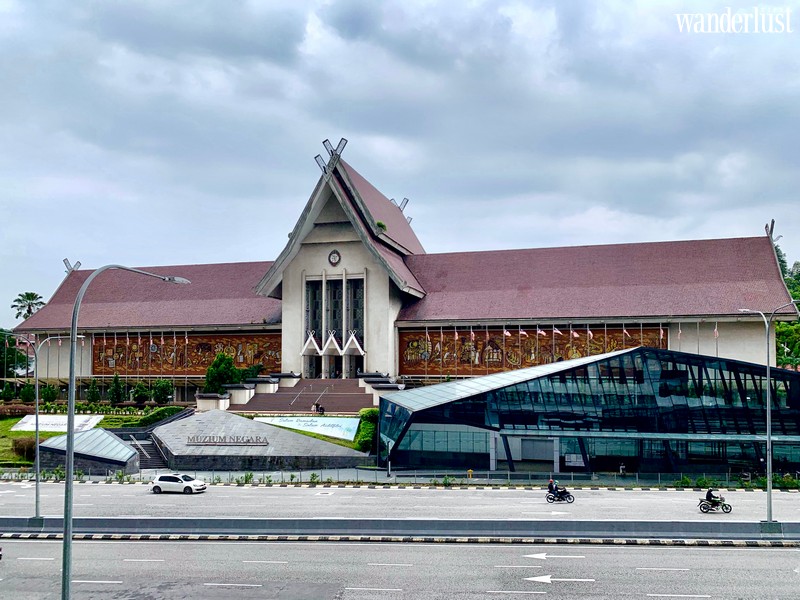 No longer serves as an actual railway station, however it still serves as a rail transport museum. Built in 1886 by the British, the museum features a classic mix of European and Asian culture style. Displayed in the museums are models and replicas of carriages and locomotives that were once used in Malaysia. 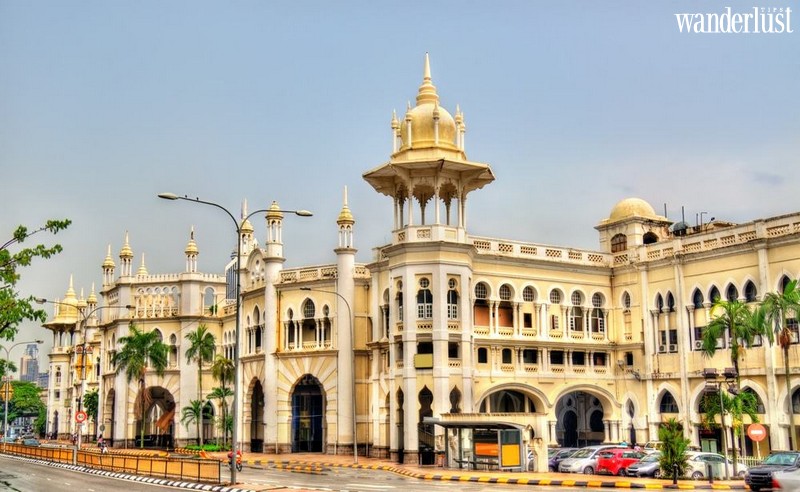 Food stalls and food courts are a common sight in Kuala Lumpur, but nowhere comparable is Hutong. Specifically called Lot 10 Hutong, the places gathers well-known food brands into one modern shopping mall. Hutong offers all kinds of food, and arguably, you will come home with a lighter wallet and a full stomach. 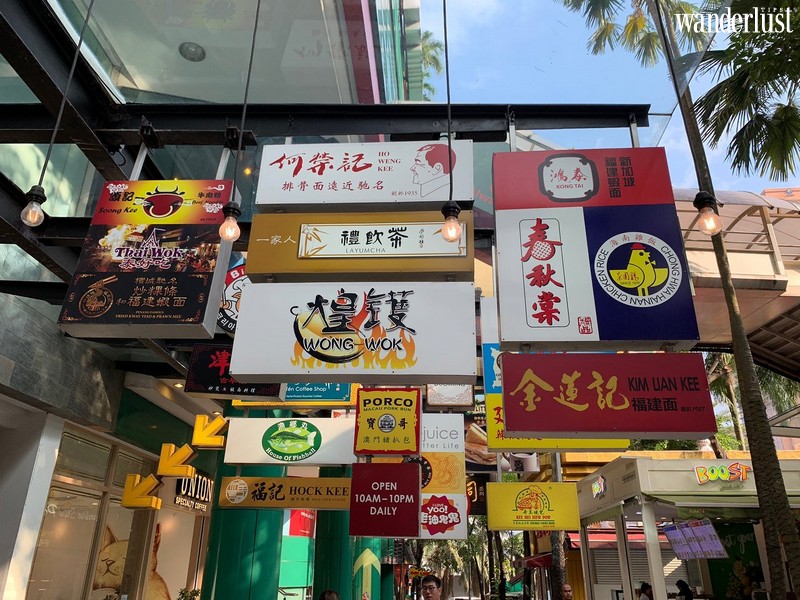 No more fancy shopping malls with food courts. The entire narrative of a modern Kuala Lumpur changes when entering the street, replaced by something of the past. The best and probably only advice for people visiting Jalan Alor is to bring your appetite, and enjoy. It is impossible to taste everything at once, so if you can, visit a few times. 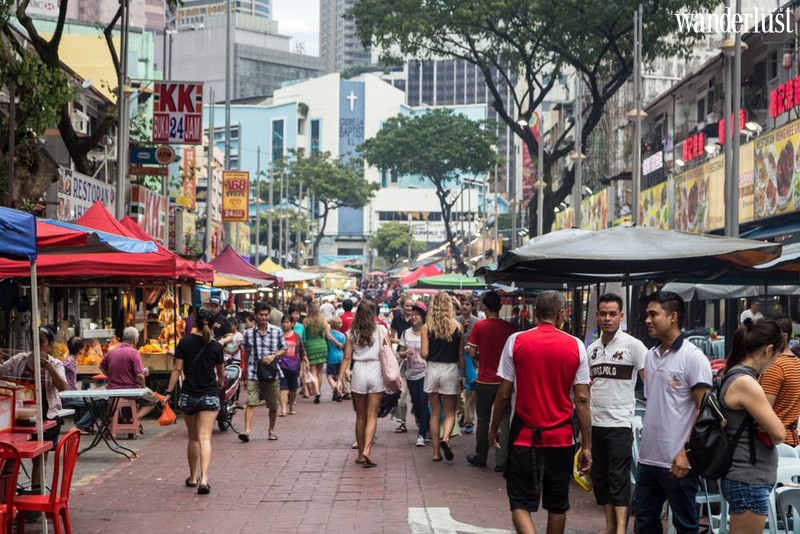 One of the oldest mosques in Malaysia. Built in the early 1900s, Jamek Mosque is a cultural and architecture feat, featuring Moorish and Mughal architect. For many years, this was Malaysia’s primary Muslim worship house, and boasts a long line of famous preachers and religious leaders who attended the mosque. 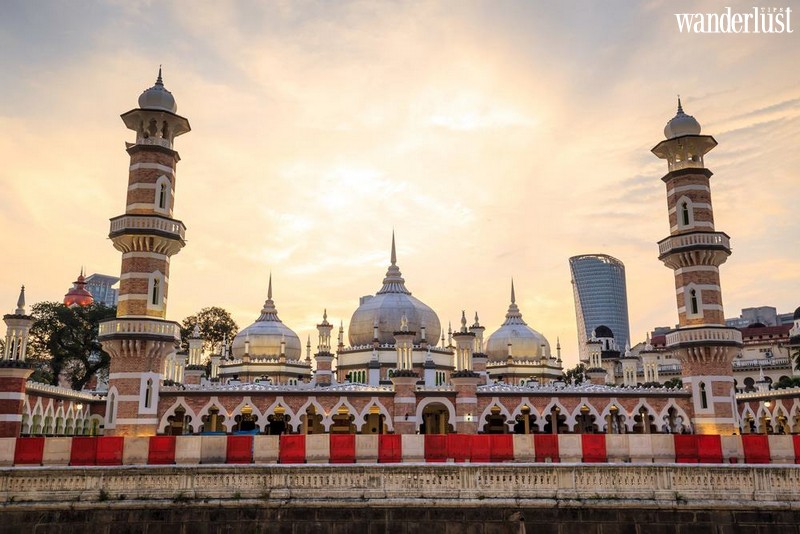 An enormous structure, capable of hosting over 15,000 worshippers at the same time. The mosque followed a classical Muslim architecture and has a roof features a sixteen points star. Visitors can visit the mosque, but with appropriate dress and attitude towards the religion. 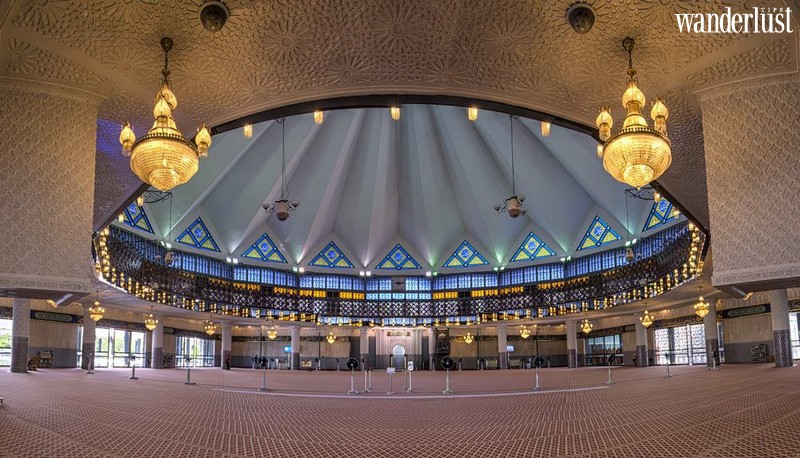