To discover everything Florence has to offer would take weeks, and some still consider that not enough. Dubbed by many as the most cultural and historical city in the world, Florence is packed with amazing architectures, cathedrals, castles and many more. Truthfully speaking, you will fall in love with the city, the question is “when”. The best to do in the city is to dive in, and breathe the historical and culturally rich atmosphere of the city.

Florence, the birthplace of the Renaissance movement

The city is the birthplace of the Italian Renaissance, at the time named the Republic of Florence. Nevertheless, even before the Renaissance, Florence was one of the most powerful and prosperous cities in Europe. The strong economic foundation of Florence enabled the surge of artistic, literary and scientific researches that made the city one of the most important cities in Europe. Notable residents of Florence included familiar names such as Machiavelli, Dante, Michelangelo, Raphael and Galileo. 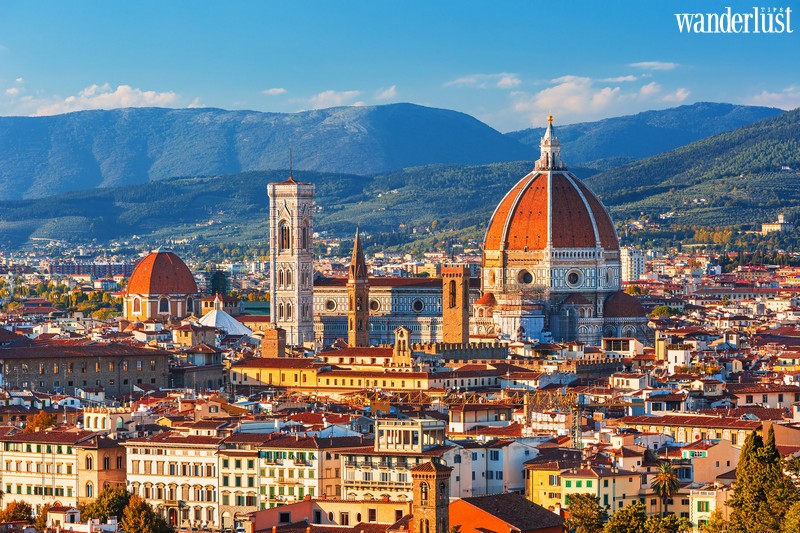 When it comes to “the best” activities to do or places to visit in Florence, it is almost impossible to choose from. Regardless of whether you are an art lover, a history enthusiast, a food lover or just want to blend in with the beautiful city, Florence is the place for you. The list below will have a little bit of something for everyone.

A trip to Florence will not be complete without visiting  Cathedral of Saint Mary of the Flower, better known as the Duomo di Firenze. The entire cathedral took almost six centuries to complete, but the result is the crown jewel of the city. The cathedral is known for Brunelleschi’s 15th-century terracotta-tiled cupola, currently the biggest masonry dome in the world. Make sure to take the entire 463 steps for the panoramic view of the city. 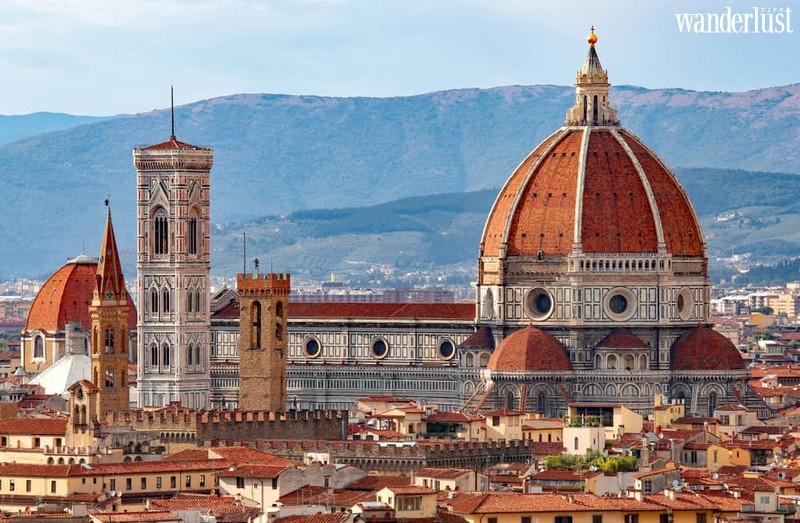 Although many thought Giottos Campanile is part of the Duomo, it was actually finished before the Duomo and a separate structure. A Gothic architecture masterpiece, it is among the most renowned structure in the city, and also the most visited. Same as the Duomo, you can climb the 414 steps of the tower to have a spectacular panoramic view of the city. 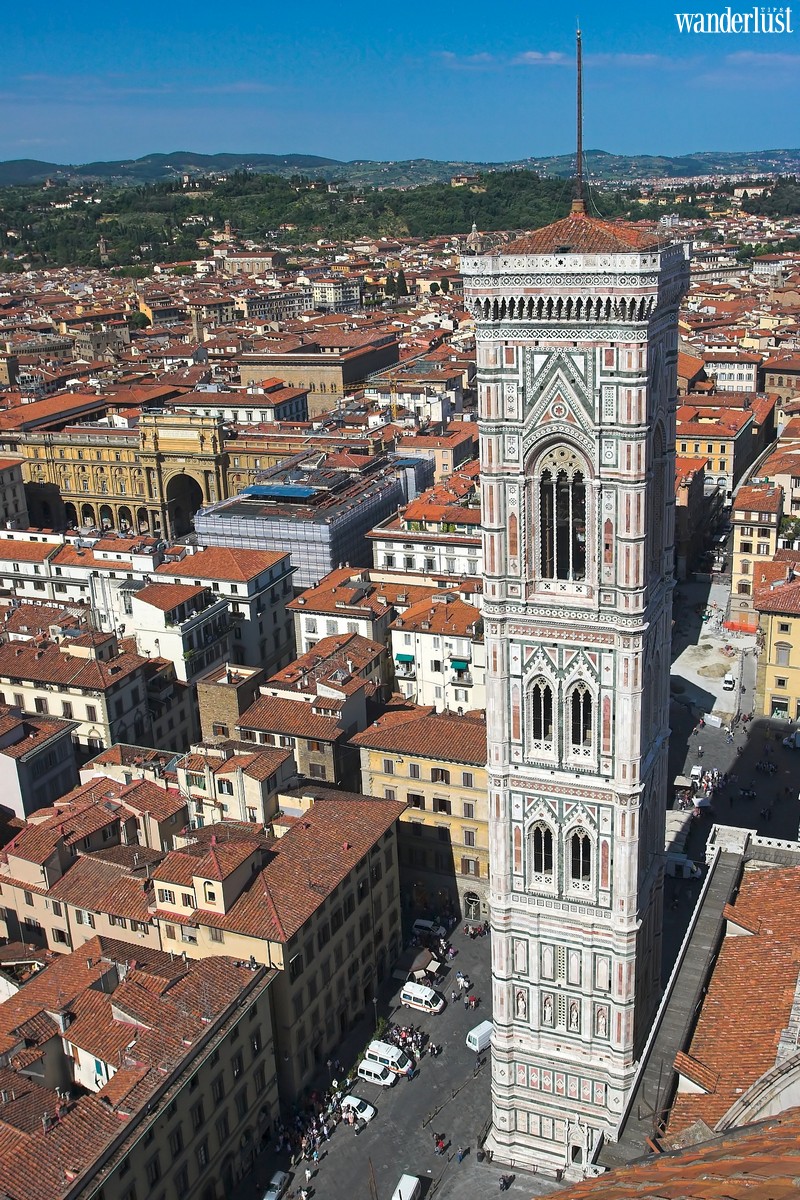 If you are an art lover and a history enthusiast at the same time, this is the place for you. Originally built as the Medici Whitehall, the administrative centre of Florence under Medici’s rule, the building itself is an art masterpiece. Come to gaze upon the Botticelli’s finest pieces; The Birth of Venus, or The Baptism of Christ by Da Vinci. For those who love arts and history, Uffizi will provide hours upon hours of enjoyment. 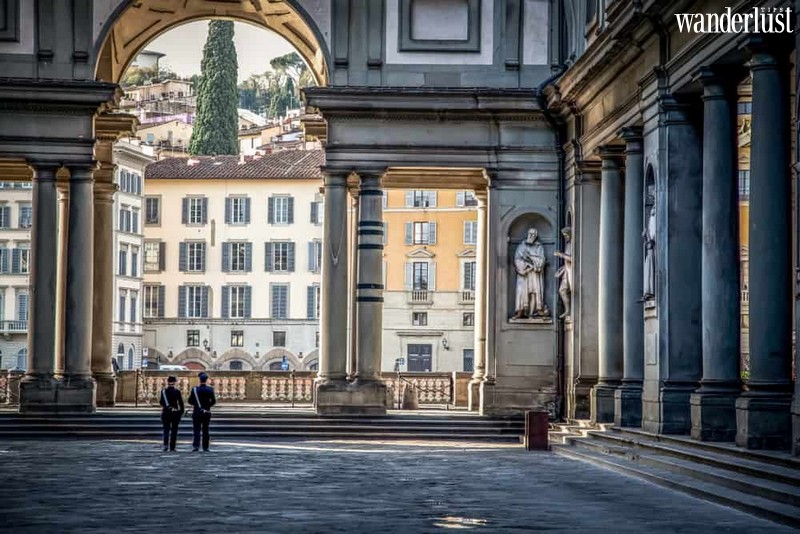 Very close to the Duomo, the Gallery of the Academy of Florence is among the most important museums in Italy, as it is the house of some of the most famous sculptures by Michelangelo. Above all, and the centrepiece, is the statue of David, that draws hundreds of thousand visitors every year. Other works on display are among the finest paintings from the 15th and 16th century. 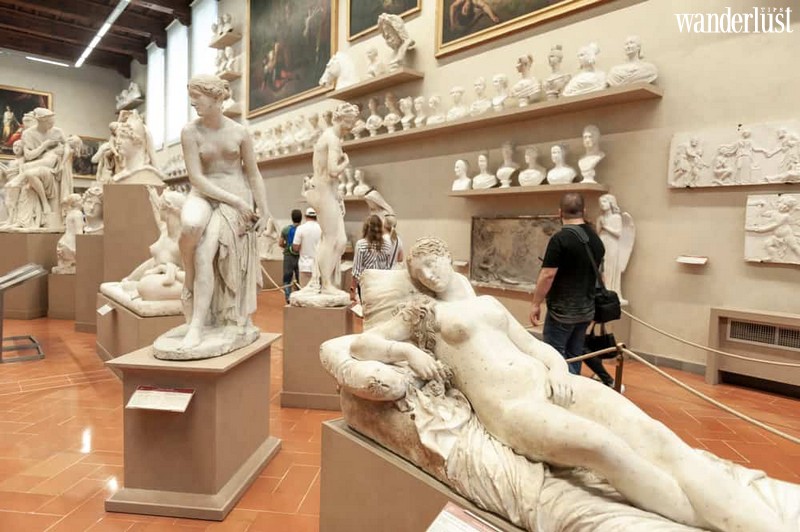 Dates back to 1930, Vivoli is Florence’s oldest Gelateria. Everything about the shop is old-schooled: the wall and the windows were all hand-made, and the interior is dark and dingy. Vivoli is famous for the use of the same recipes from 1930 and their import of local ingredients. Other than gelato, which the store has over a dozen of flavours, you will also find drinks and other pastries, just like any other coffee shops. 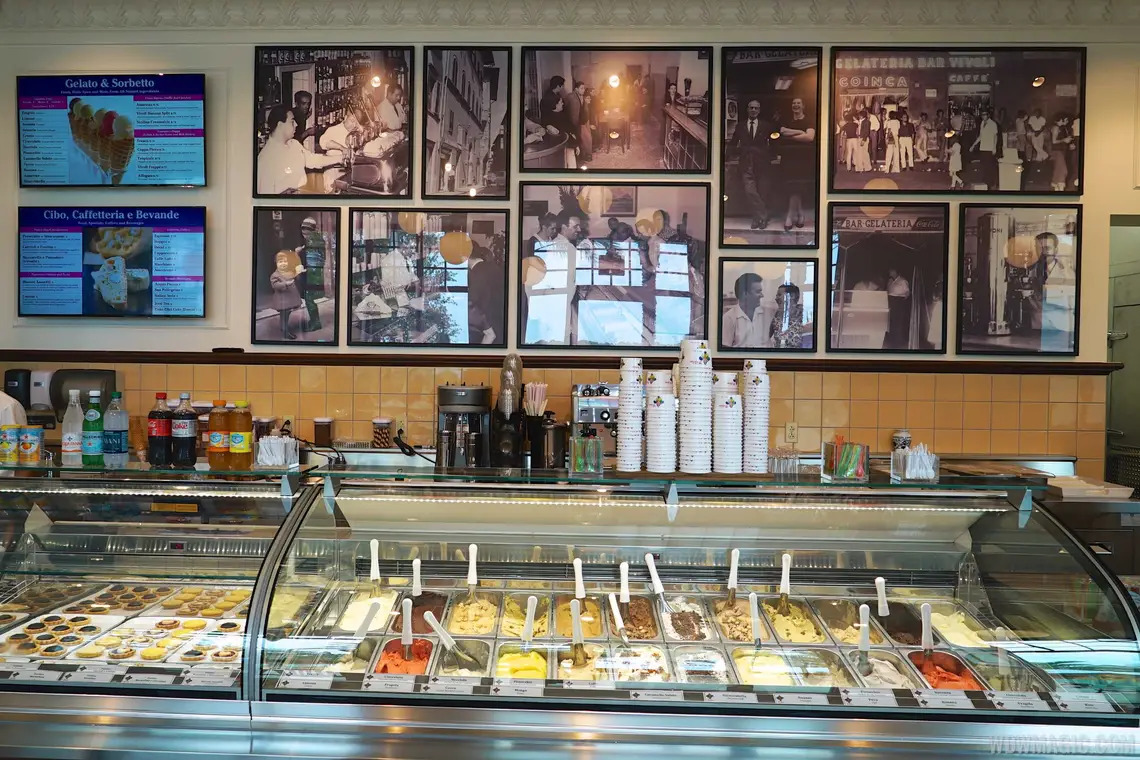 Mercato Centrale is a place where food is lived and their stories are told by artisans who made the food with passion. For foodies, it is two floors of heaven. The 19th century food area sells wine, meat, cheese, fish,…and everything are made by the locals. There is also a food court, where groups of tourists can argue on what to eat, but the usual can be cold cuts, pasta, pizza and other types of pastries.