by Wanderlust Tips Team
with 3 comments
Where To & Go When

The crown jewel of New Orleans, the French Quarter is the cultural hub that represents the oldest of Mississippi’s traditional heritage, full of jazz, festivals, and delicious cuisine. The city stood as a reimagination of France, between the past and present, creating an uncanny, timeless beauty that is only available here. Let us take a trip through the streets of this astonishing achievement of a city.

The French Quarter is commonly called the Vieux Carré, or the “Old Quarter” in French. Located on the banks of the Mississippi River when New Orleans was established in 1718 by the French, the city became well-known in the 1890s when tourism was involved. Since then, the city has gone through a lot of changes, such as suburb projects, and infrastructure revitalization from various disasters. The city remains an important, historical landmark to the people of New Orleans as well as the rest of the United State, and better yet, its quality only gets better with time. Get your finest looks ready because we are about to discover the most characteristic features of New Orleans’ Vieux Carré. 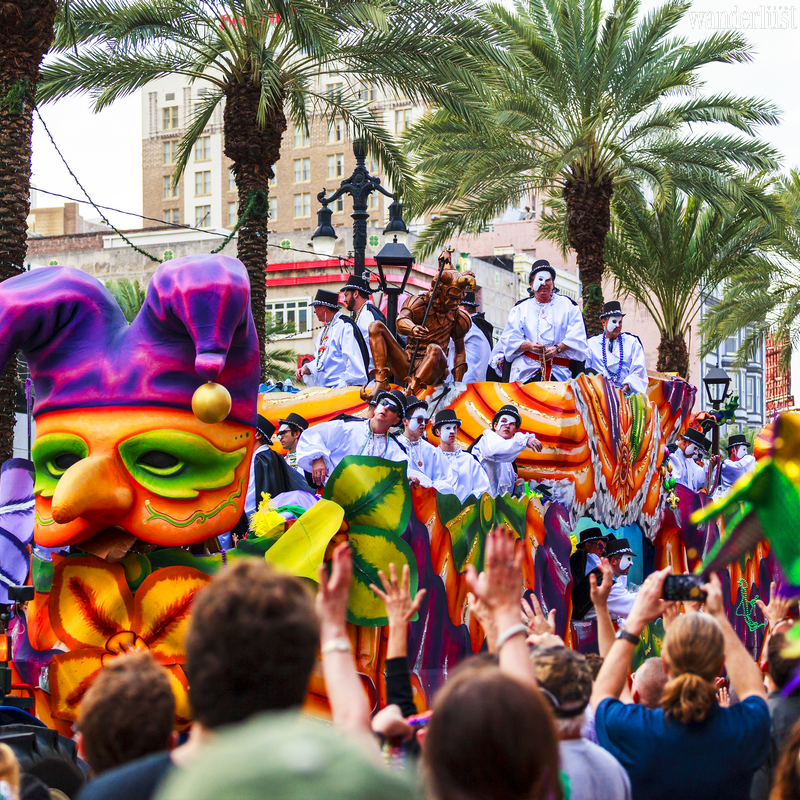 Get into the festive spirit of this city’s endless days of parades or balls hosted by the local Krewes during the Mardi Gras season. Dress up in green, purple, and gold to truly blends in with the lively people of the French Quarter. 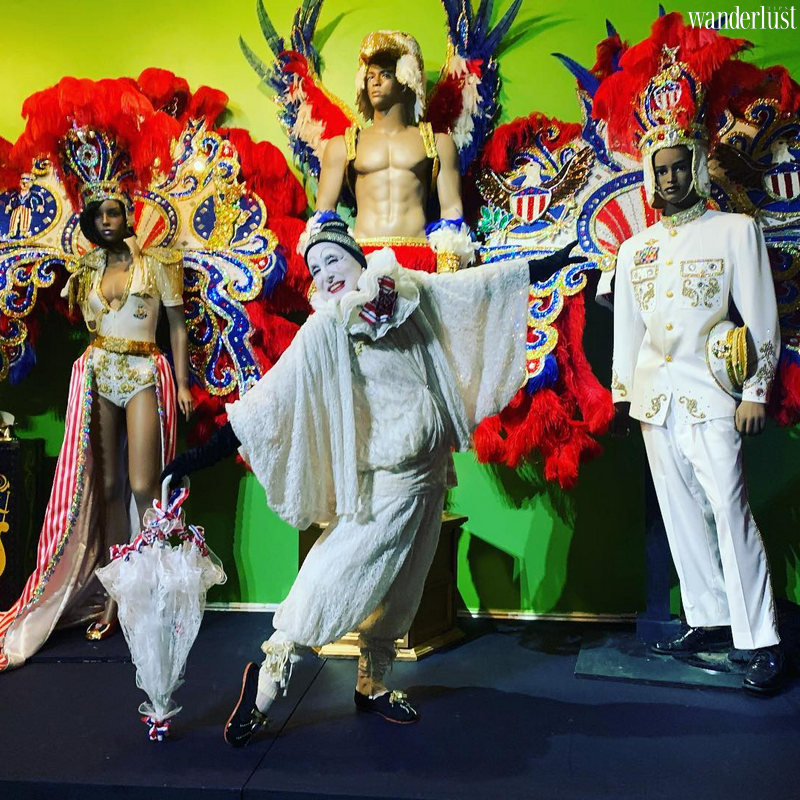 The festivity is not exclusive outside the streets. The best of Mardi Gras’ moments and features are preserved in the Mardi Gras Museum of Costumes and Culture. A dedicated work of Carl Mack that shows his love for the festival and the city through his and others’ collection.

Cruising along the Mississippi River 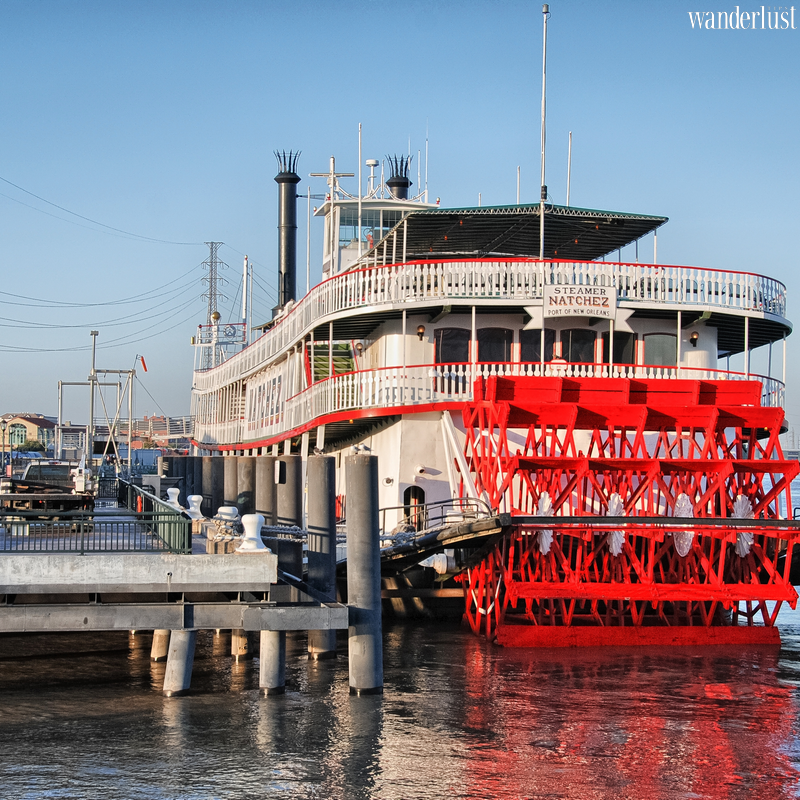 Get on the Steamboat Natchez cruise lines to enjoy fine sea gastronomy while relaxing on the smooth, swaying sea waves and even swayer jazz performed by New Orleans’ finest musicians. 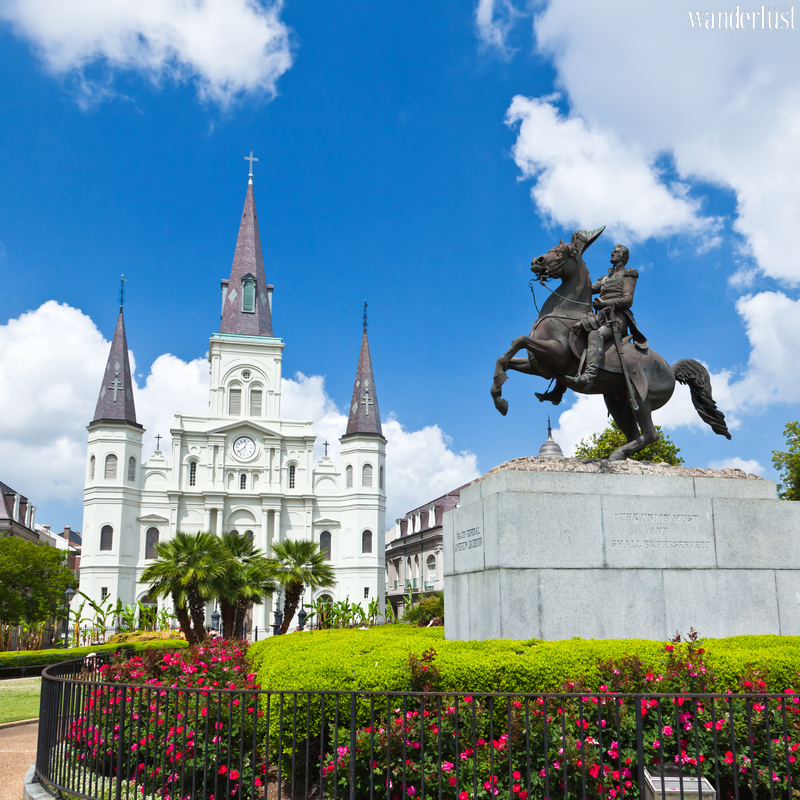 Walkthrough “Place d’Armes”. or the Jackson Square to pay respect to the great war hero, Andrew Jackson, and learn about the history of the city. Around the place are other historic buildings, such as the St. Louis Cathedral, and the Presbytere and Cabildo (Louisiana State Museums). 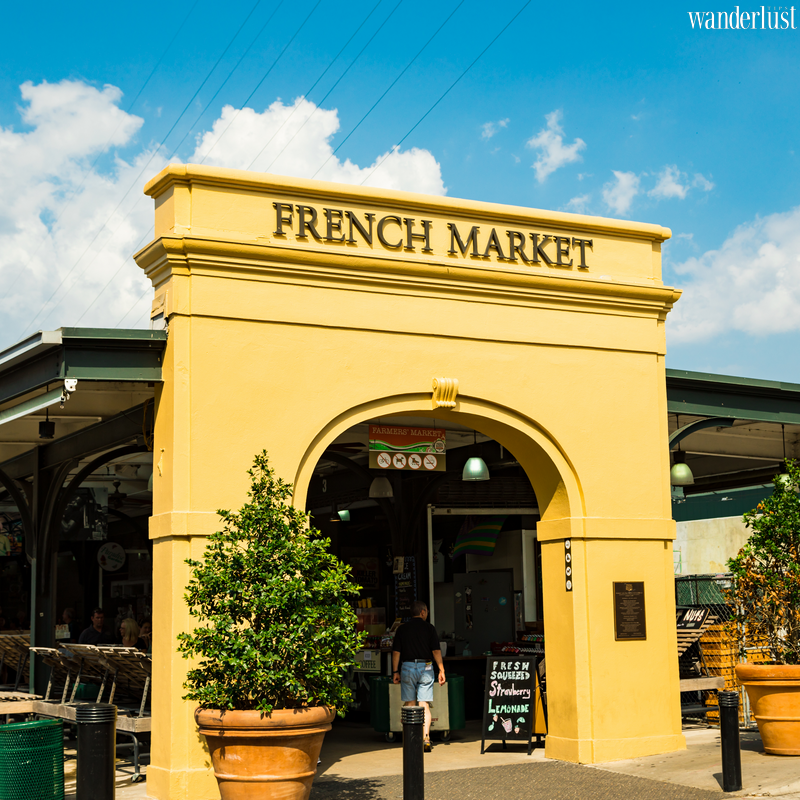 This market session of French Quarter has it all, events, restaurants, shops, etc. Gone through 200 years of repairments and improvements, the market has become New Orleans’ most iconic marketplace since 1791. 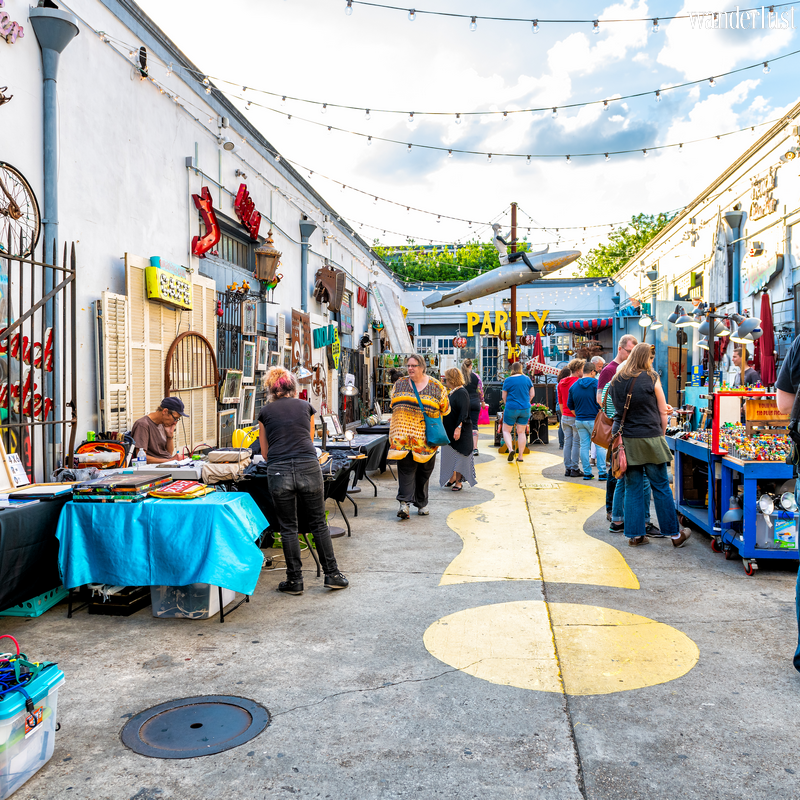 On Frenchmen Street, the market is the local hub for handmade crafts by more than 80 native painters, illustrators, jewelers, and sculptors. You can find many artistic goods and amenities made skillfully and beautifully with intriguing details. 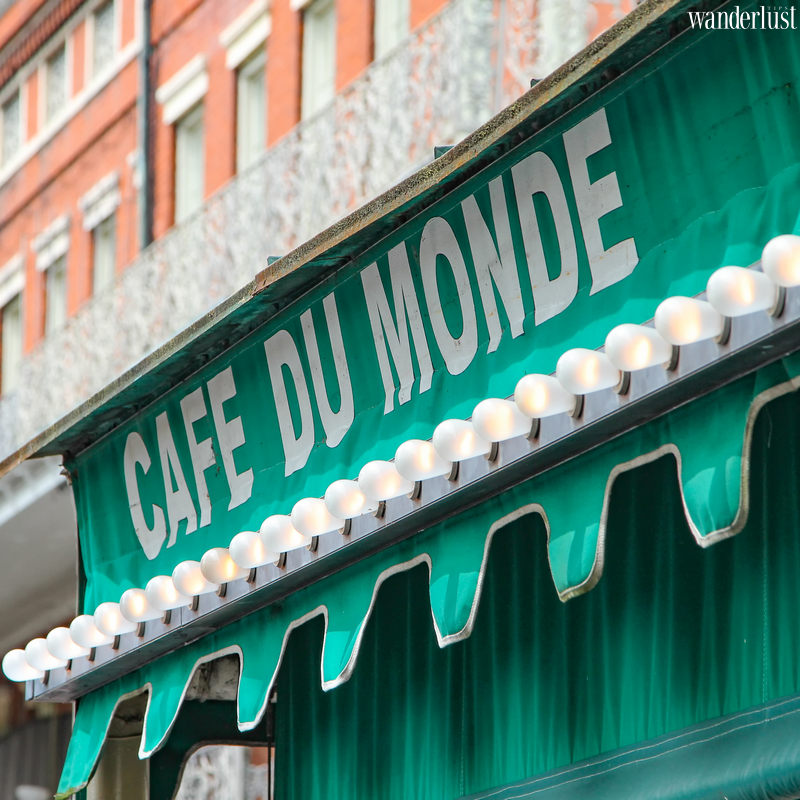 Whether it is the only or the second time you traveled to French Quarter, it is truly unwise to miss out on this world-renowned coffee shop. The Café du Monde has been open 24 hours, daily since 1862, offering hot coffee, chocolate, and the most delicious beignets you can ever find around the world.

Walk down the iconic Bourbon Street 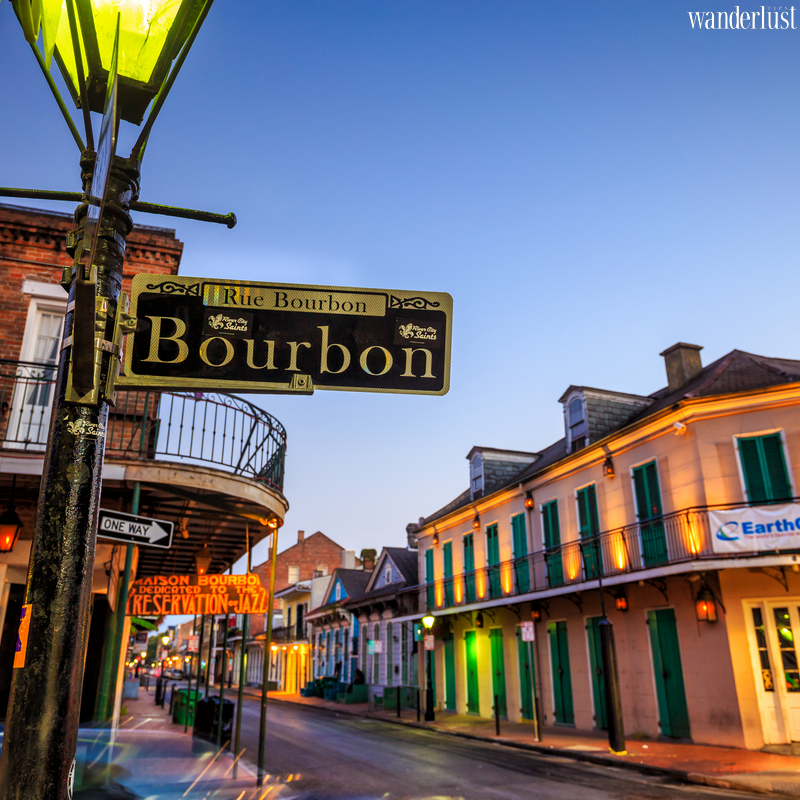 The oldest entertainment street in French Quarter, this place has long-running clubs and bars, and even gay entertainment. Liquors are legal here, so you will have fun encounters with strangers, and with music playing on both ends and across the street, it is no doubt that the party is here to stay.

Rest at the Louis Armstrong Park 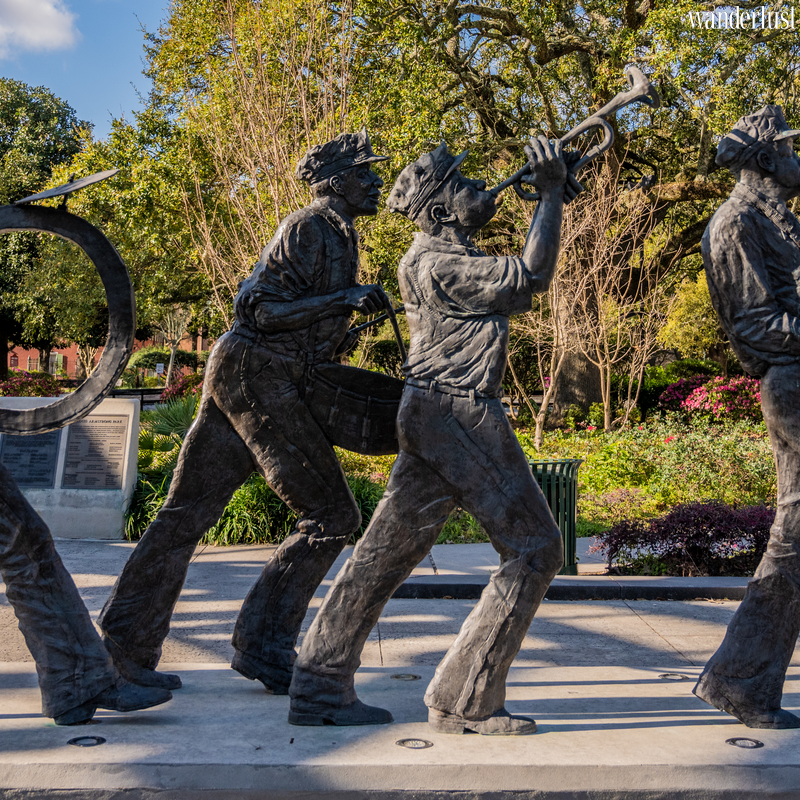 Bordering the French Quarter is this park, a tribute to New Orleans’ passionate jazz performers, most of them had a big influence on how jazz was embedded into their culture. The 31-acre park includes the Mahalia Jackson Theater for the Performing Arts. At the end of your day, jazz will never cease to ease your mind and lift your spirit. 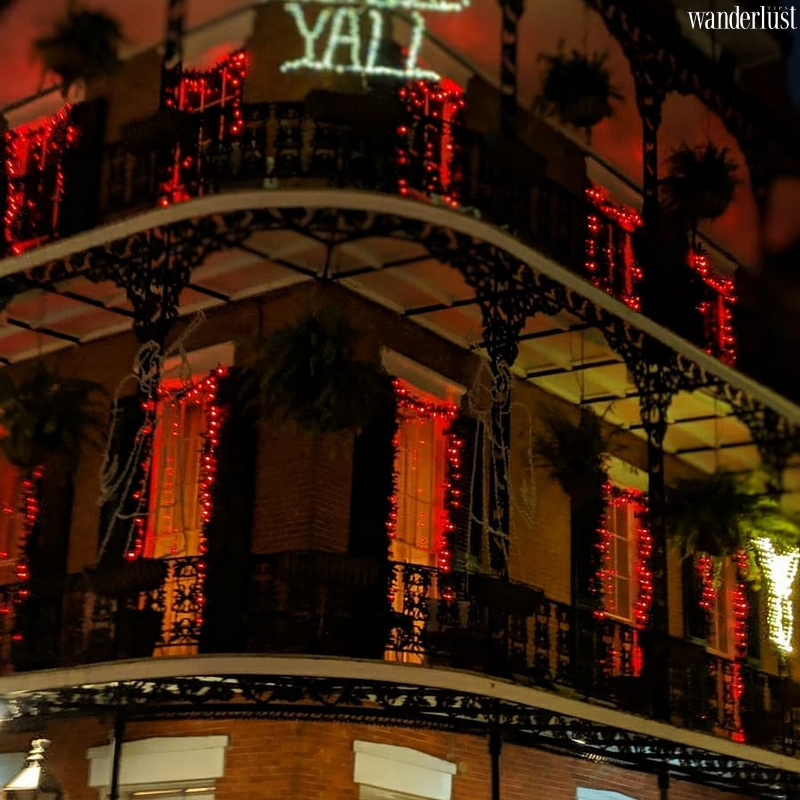 Of course, this tour is not for the faint of heart, especially on Halloween. And the best thing yet, this is a legit “ghost” tour in French Quarter, you will be led to actual haunted places, filled with mythical legends like the vampires, werewolves, witches, and voodoo. Be very considerate to take this tour, but expect an exhilarating experience nevertheless.