The reopening of international tourism in Vietnam has paved the way for many campaigns to be released in order to attract more tourists. The most noticeable ones, literally, are in the sky. From the 25th of March to the 3rd of April 2022, the Vietnam skyline will witness various giant hot air balloon festivals, celebrating the return of tourism after two years of pandemic isolation. 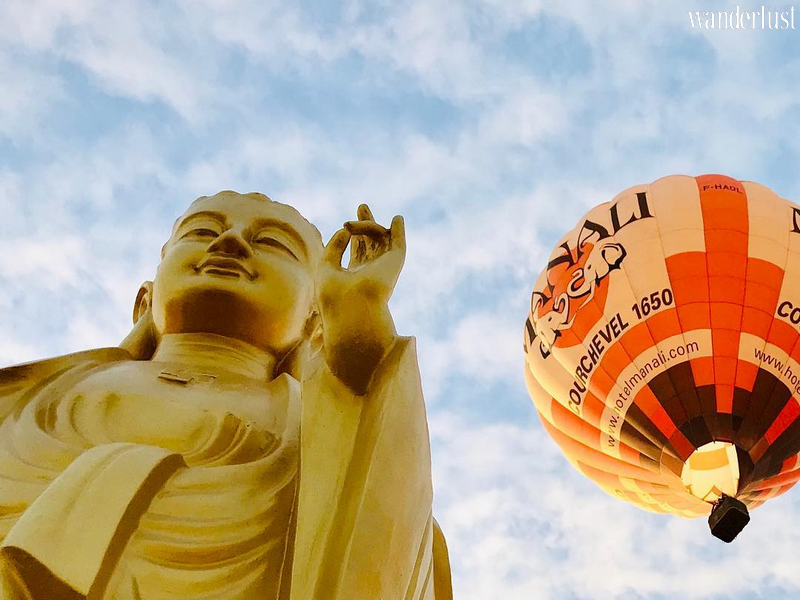 Central city Da Nang and its neighbor Hoi An will organize hot air balloon festivals later this week to give tourism a boost post-pandemic. The two cities will share their schedule for hosting their evens on March 25 and March 26. 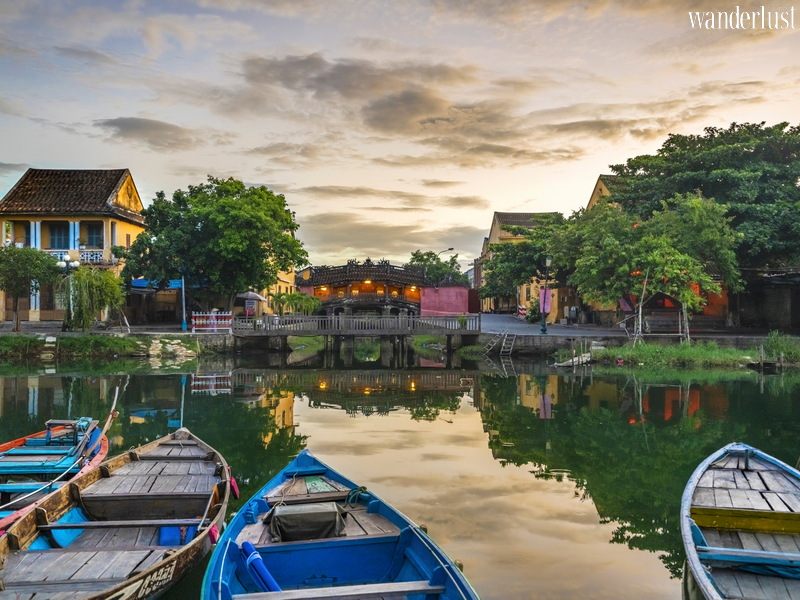 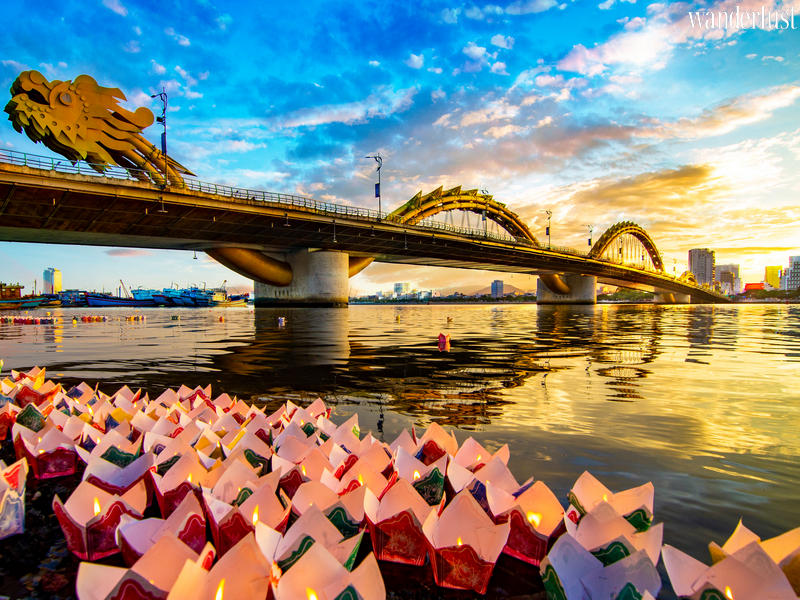 In Da Nang, According to information from Da Nang Center for Tourism Promotion, the festival will showcase 17 colorful hot air balloons in several sizes which will fly over the APEC Sculpture Garden located on Bach Dang Street.

In particular, the hot air balloon festival “Da Nang welcomes restoring of international flight routes”, co-organized by the Da Nang International Terminal Investment and Operation Joint Stock Company (AHT) and Da Nang Department of Tourism, the hot air balloon festival aims to give a very warm welcome to Da Nang for international guests to enjoy their vacation in the beautiful city. The festival will also be recorded and live broadcast on the online channel Danang Fantasticity during the showtimes.

In the northern capital of Vietnam, Ha Noi will be presenting its floating delights on March 26. The city’s tourism authority will collaborate with the Chiến Thắng Company (VMG) to host two hot air balloon festivals flying 22 enormous ones at the Long Biên longan garden, the area along the Red River, the foot of Vĩnh Tuy Bridge, and Long Biên District at 8.30 am. In Hoàn Kiếm District, the organizer will introduce low-flying hot air balloons in the area of the Octagonal House and on Đinh Tiên Hoàng Street, including 10 level-one hot air balloons (10m high) and one level-seven hot air balloon (22m high). 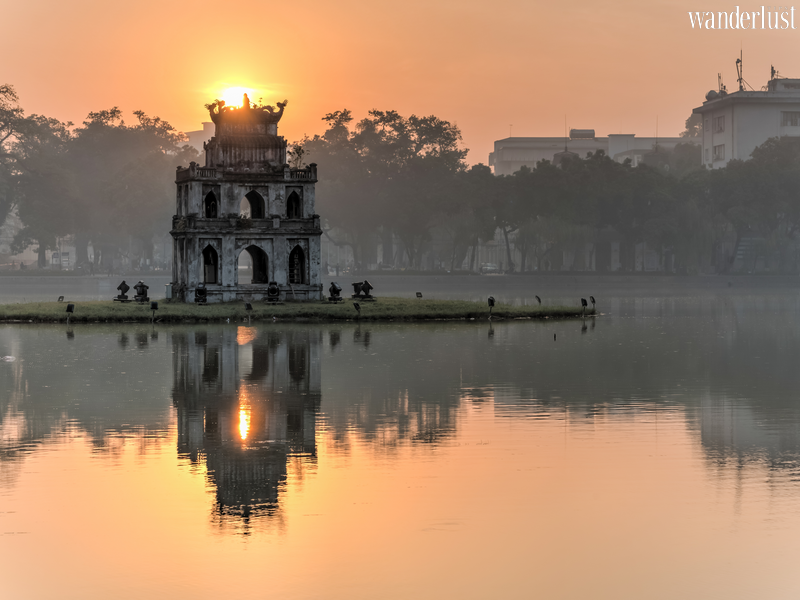 The event is part of “Hà Nội Tourism 2022”, with the theme “Get on Hà Nội 2022” taking place from March 25-27 to celebrate the reopening of tourism, and welcome international tourists back to the capital. On the same day, three tourism products with hot air balloons will also be introduced to the public, with the highlight being the experience of flying in hot air balloons to see the city from above. The second event is “Get on Hà Nội – Night of Dreams”, a sparkling night with 22 hot air balloons silhouetted against the Red River.

The event takes place at 7 pm on Saturday, March 26, promising to bring many unforgettable experiences for visitors. Finally, visitors can experience the inside of a hot air balloon. A multi-colored hot air balloon placed on the ground will be inflated like a giant house to welcome visitors.

And finally, Tuyen Quang will host the first International Hot Air Balloon Festival in Tuyen Quang belonging to a series of campaigns in Tuyen Quang’s Tourism Year 2022 with the companionship of Vietjet. The hot air balloon festival will take place from March 30 to April 3 and gathers 20 hot air balloons from different markets around the world, including the United Kingdom, the United States, Japan, Taiwan, South Korea, Thailand, Spain, the Netherlands, and many others. Vietjet’s hot air balloon will represent the national colors of Vietnam. During the festival, visitors will have a chance to experience a free hot air balloon flight at Nguyen Tat Thanh Square in Tuyen Quang city when presenting Vietjet’s boarding pass or e-tickets. 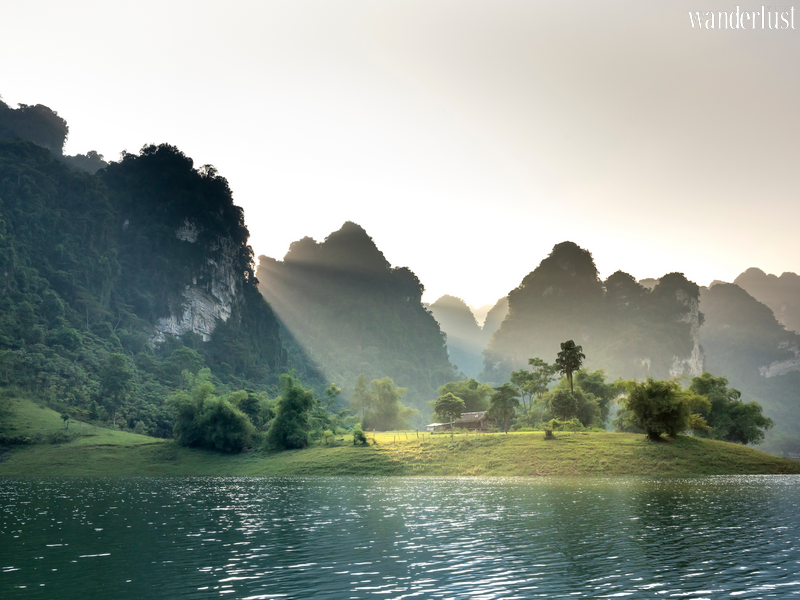 In addition, visitors have the opportunity to participate in unique festival activities to celebrate the Tuyen Quang tourism year and celebrate the 75th anniversary of President Ho Chi Minh’s return to Tuyen Quang to lead the Vietnamese people in the resistance against the French colonialists. Visitors also have chances to participate in exchange programs with delegations of pilots from countries participating in the hot air balloon festival.