From temporary shelters for Chinese immigrants to a symbol of racial equality, a safe place for Asian-borns, Chinatowns are widely known for their cultural representation in their buildings, food, and their people. Let’s dive into one of the most popular variations of the town, the Chinatown sets in Los Angeles, and see its oriental beauty lies within.

Even though this Chinatown seems to be smaller than the rest, such as the Chinatown in San Francisco or New York, its popularity is arguably topping them. This iconic LA destination appeared many times in global filmography, impressing many Asians with their applications of oriental traditional buildings, structures, and exotic foods that stay true to their original root. Take the Union Station and take a trip Downtown, experience LA’s most authentic Asian cultures like nowhere else in America. So like Detective Lee in Rush Hour, let’s investigate the deep, intricate character of this enchanting town corner in LA.

A cross-culture nature in every corner

The evolution of Chinatown from a place secluded only for Chinese immigrants, to what now is a complex tourism adaptation and a place of harmony between immigrants and Americans. Like the popular cop/action-comedy, Rush Hour, all the tension from the past is now gone, replaced by lively streets and even livelier people. 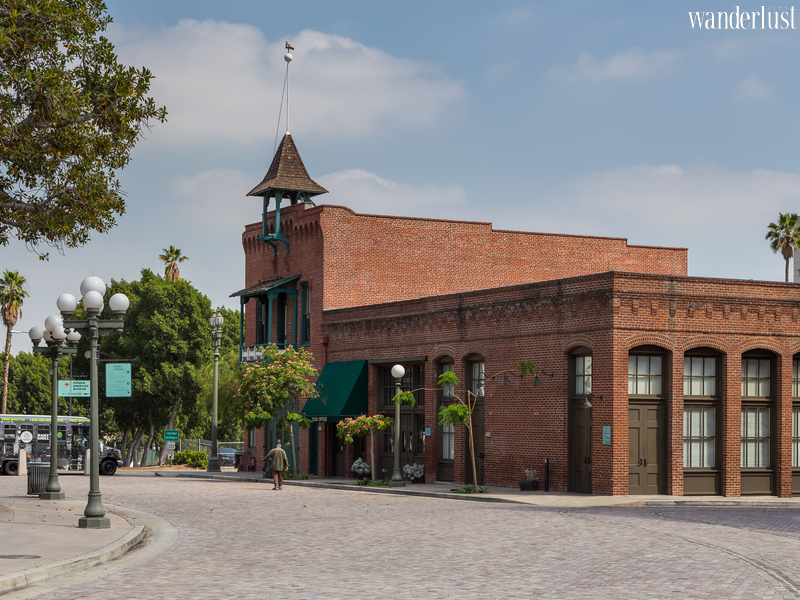 There are a lot of historical buildings in Chinatown, most of the records of Chinese people here in Los Angeles are in the museum. In the red-brick building are the collection and exhibition that honor the first Chinese immigrants in the city, the development of their community. 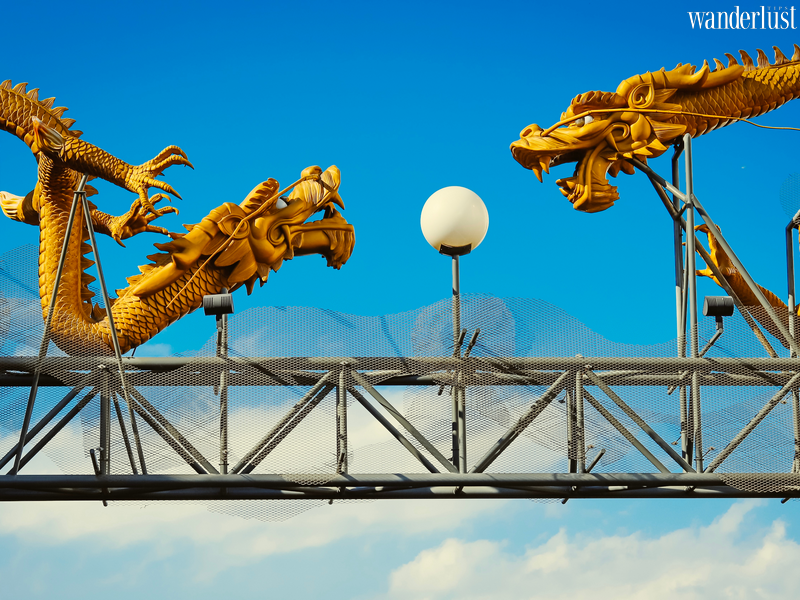 Also known as the Chinatown Gateway Monument, the gate are both representing an actual gate to enter the modern Chinatown, and the crossings of different cultural regions. The lights shining through the two dragons crafted by Ruppert Mok have been the beacon illuminating the streets of Chinatown. 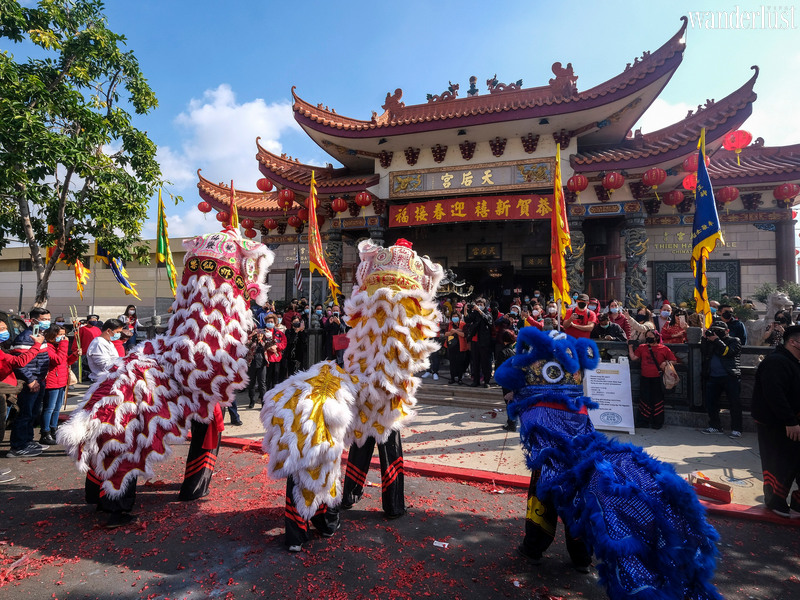 This Taoist temple was the first Vietnamese structure, built in the 1980s by these hard-working folks. The temple is dedicated to Mazu, the sea goddess. And this is not just some replication of the Vietnamese temple’s architect, rather, it is constructed, brick to brick, mortar to mortar, accurately like that of in Vietnam. 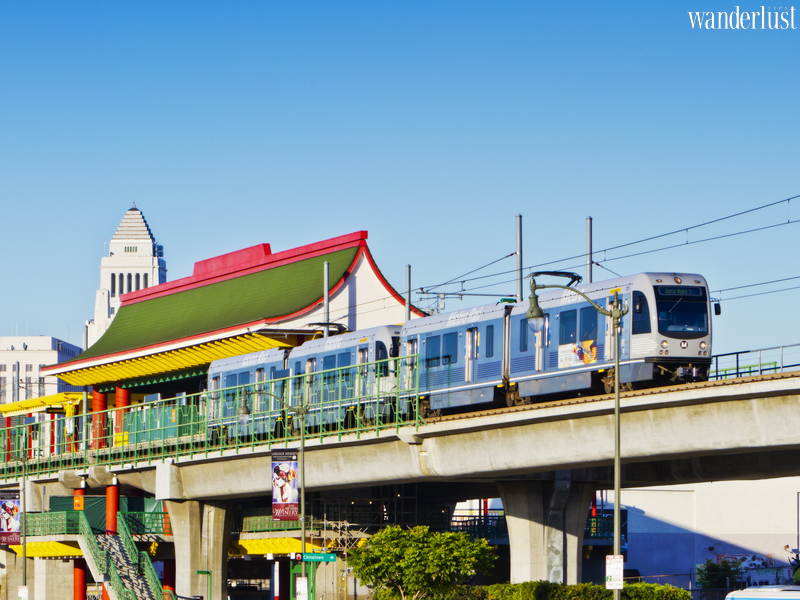 The station rail line is placed on the L Line of the Los Angeles Metro Rail system. A version of the Yong Bell in the South Plaza, which has 2,000 years of history here even before Chinatown, represents peace. On top of the station is a tiled roof that originates from a pagoda. 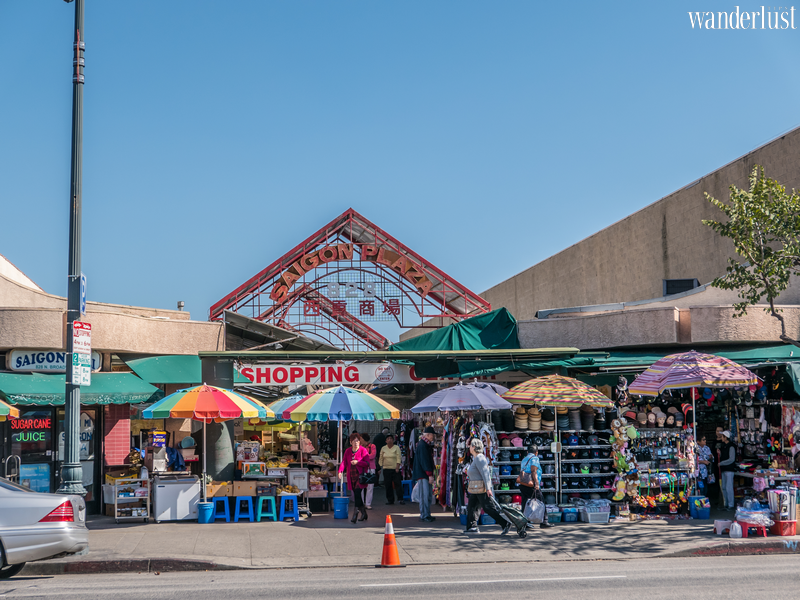 Shopping here is easier than in most places, the price is not that expensive and, better yet, a lot of merchandise is imported from Asia, such as ingredients to make traditional tea, dried fruits, and even golden statues that resemble ancient Chinese gods.

In Chinatown, you will be surprised by different types of food, originating from different Asia countries. From Chinatown Central Plaza, head down to West Plaza or Far East Plaza for Chinese exotic cuisine, or you are up for some delicious, flavorful Pho by Vietnamese people, then a store fuming with pungent meat soup and white noodles will be the indication sign for you. 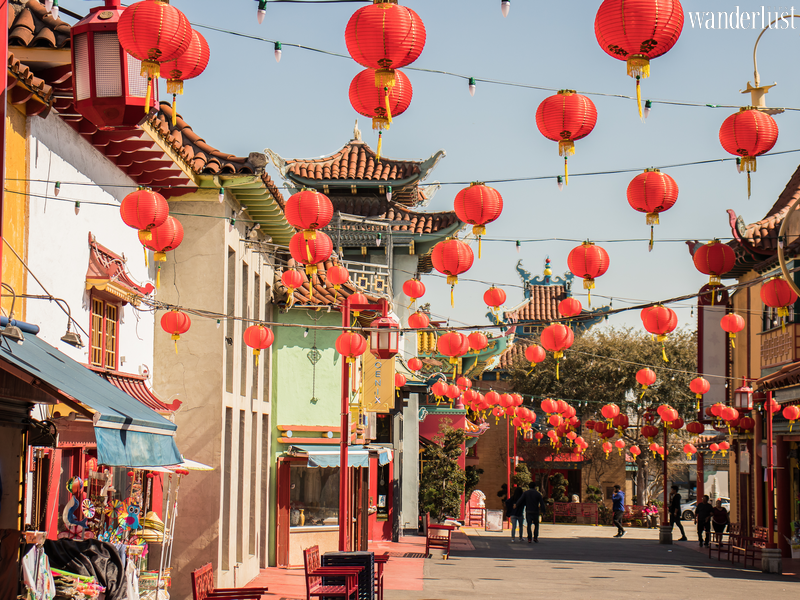 At Chinatown Central Plaza are where most traditional restaurants are, and of course, the famous dim sum is no lesser than the ones you get in China. In some places here and there, you might find food from Taiwan, Indo, or try the “self-claimed” original French dip sandwich at Phillipe’s. All making the culinary diversity here even more sophisticated. 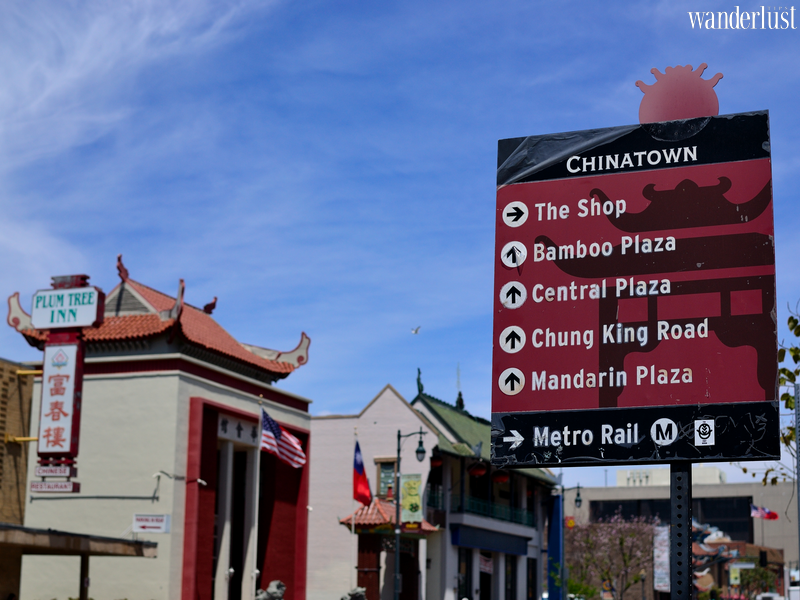 The most mentioned street for good to great restaurants and stores is Chung King Road, take a healthy stroll down between Yale Street and Hill Street, or spend some changes from the town’s Metro buses system.