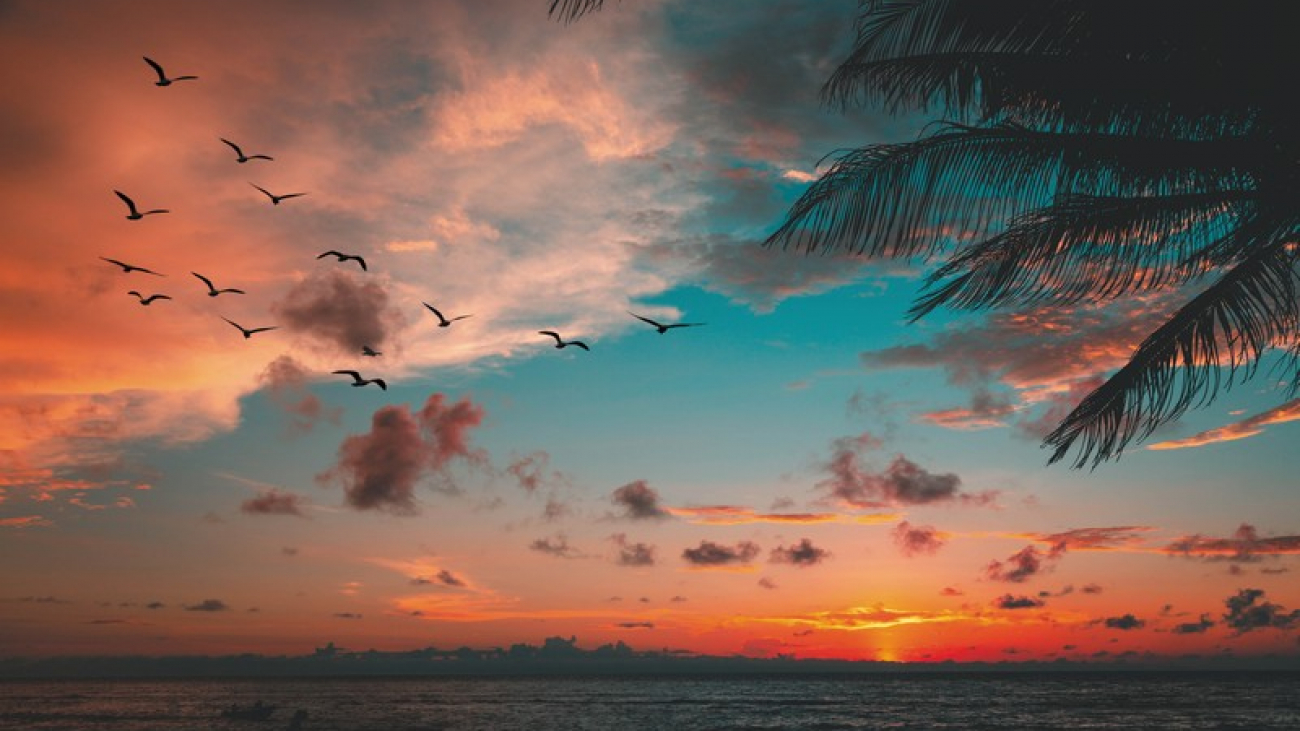 After many hours of sitting in a car in torrential rain, I finally arrived in Colombo – the most modern and bustling city in Sri Lanka. A far cry from the romantic vibes of Kandy or the magnificence of Sigiriya, Colombo really satisfied me with a perfect mélange of classical tradition and modernity.

COLOMBO IS BUZZING WITH EXCITEMENT

Traveling to Sri Lanka during the last days of the year left me with many unforgettable memories. I had a really fulfilled time in Colombo – the economic capital and the largest city of Sri Lanka. I got the most out of my Sri Lankan itinerary whilst traveling through a vast array of peaceful and majestic natural landscapes. The scenery changed dramatically throughout the trip. Kandy was peacefully carpeted with the glowing green of tea plantations and the soothing sound of the rain. Sigiriya Rock is an astonishing feat of architecture and history, making it a very mysterious historic site. The ancient city of Polonnaruwa and the richly painted cave temple of Dambulla represent medieval culture. I was mesmerized by the spectacular nature, but due to the persistent rain, we headed straight for Colombo. The city exuded an extraordinary ambiance that blew my mind.

The streets and roads were always teeming with people toing and froing while the shops were also bustling during afternoon rush hour. When meandering through the port city of Colombo, I could see ships laid with a huge number of green, red, and yellow containers approaching in the distance. Every aspect of the city was new and fascinating as, before my trip to Sri Lanka, I had thought that the country was made up of forests, lakes, and spectacular natural wonders. However, the hectic pace of daily life in Colombo really surprised me.

The next morning, I woke up early because I  wanted to visit the local markets to get an insight into the daily lifestyle in Colombo. Before getting out of the car, the tour guide repeatedly recommended us to lock all our bags carefully, put our backpack on our chests and not to wear short skirts or shorts, especially in crowded areas. Strolling around the local markets brought a sense of strangeness to my heart. While I was very surprised by everything around me, locals also looked at me with intrigue.

In Colombo, I was particularly impressed with the amazing variety of fruit and vegetable shops that were artfully arranged. A rich variety of natural colors from bananas, coconuts, apples, and fresh vegetables made the roadside stalls an attractive scene for avid photographers. In spite of only being in Colombo for a short time, its metropolitan beauty combined with nature and people was engraved on my memory forever.

For me, Colombo was the most-worthy destination on my Sri Lanka itinerary. Aside from its metropolitan pace of life, the city intrigues many travelers and backpackers with its artistic architecture, making it an omnipresent icon of style and beauty.

Colombo is home to an amazing variety of breathtaking architectural structures. Each of them embodies a sense of charm and uniqueness, but I was most impressed with the Red Mosque, also known as the Jami-Ul-Alfar-Mosque. Whilst gazing in admiration at the busy main street of the city, I was delighted as I caught sight of the towering red-hued building. It is said that the Red Mosque is not only a sacred destination for Islamic communities in Sri Lanka, but it has also been a significant landmark for tourists. I came here early in the morning and was a bit disappointed because of its closing time. As a result, I could only wonder around outside the mosque to take some photographs as a souvenir of this trip. The Red Mosque has travelers falling head over heels in love with its distinct and marvelous architecture, making it a famous attraction in Colombo.

Additionally, Colombo treated me to many other architectural wonders. I was amazed at the abundance of iconic structures, for instance, the vast Independence Square embodied impressive historical stories, the Clock Tower (formerly a lighthouse built in 1857) located at the junction of Chatham Street and Janadhipathi Mawatha, and sacred temples with many signature Buddhist statues nestled in the streets. Compared to the extravagance and glamour of other famous tourist cities, Colombo is so stunningly simple that I still vividly remember how I felt strolling around this fascinating city.

Colombo left an impression on me that no other city has. Firstly, when it comes to food in the city, curry is always a staple dish. During my time in Sri Lanka, most local food that I enjoyed featured a vivid array of curry flavors. They were so flavourful and unique that the strong aroma of spices lingered on my belongings as I waved goodbye. Unfortunately, I am not a fan of curry, so I was delighted to find a KFC in Colombo. The fragrant fried chicken pieces and crispy French fries served with chili sauce were much more up my street. Never before have I found fried chicken so good.

Another thing that surprised me about Colombo was that there are many buses running frequently around the city. The old-fashioned buses caught my eyes because of the lack of air conditioning and glass windows, nevertheless, they were always jam-packed with passengers both standing and sitting. Looking from the outside, it concerned me that passengers may fall at any bend in the road. Additionally, Tuk-tuks are a favorable mode of transport amongst foreign tourists when traveling in Colombo. Due to its convenience and high speed, I opted for a Tuk-tuk to go around Colombo. Take a ride through the tree-lined neighborhoods and roads and be sure to stop to enjoy the refreshing urban ambiance.

An amazing variety of high-rise buildings and modern-day hotels ubiquitously built add a sense of peculiarity and uniqueness to Colombo – a noticeable contrast to the entropic daily pace of the city. Many tourists have fallen in love with this eclectic city and have had an unforgettable travel experience. With its marvelous nature, meticulous architecture, colorful souvenirs, unique shops, signature restaurants, and hassle-free streets, Colombo wholly captivated me. I only stayed in Colombo for 48 hours, but my nostalgia for this place suddenly played on my mind and my thirst for adventure got the better of me. I want to go to Colombo again and stay there for a long time to feel part of the city and to immerse in its soothing vibes and authentic elegance.

Situated on the west coast of the island and just a stone’s throw from Sri Jayawardenepura Kotte, Colombo is both the largest city and commercial hub of Sri Lanka. Due to its large harbor and its strategic position along the East-West sea trade routes, Colombo was drawn to global traders 2,000 years ago. The city has become an attractive tourist destination in Sri Lanka.

I went to Colombo in early December. As Colombo features a tropical climate, it is hot all year round, the temperatures between the day and night are not much different. It rains very often in the afternoons. If you are planning a holiday to Colombo, make sure you check the weather forecast carefully before you go.

The Sri Lankan Rupee (LKR) is the currency of Sri Lanka and the exchange rate varies LKR100 ~ VND12,972. However, Rupees are not a common currency to exchange in Vietnam, so you should change to dollars first and then change from dollars to Sri Lankan Rupees upon arrival at Bandaranaike International Airport. Additionally, MasterCard and Visa are commonly used in shopping malls, hotels, and restaurants in Colombo.

There are many transportation options to travel around Colombo, for instance, a taxi, bus, or Tuk-tuk. If traveling by Tuk-tuk, make sure you agree on a price before you hop in or remind the driver to switch on the meter to avoid being ripped off.

It can be said that Colombo is home to an incredible array of Sri Lankan dishes. You can easily find signature restaurants on almost every street to enjoy traditional dishes such as curry, Hoppers, Kottu Roti or Lamprais. Alternatively, take a stroll through the markets and refuel yourself with a vast array of fresh fruits. For those who do not have the palette for Sri Lankan cuisine, there are many fast-food restaurants such as KFC, Pizza Hut, and Chinese restaurants. There are many Chinese tourists in Sri Lanka, so it is easy to find delicious dishes more familiar to Vietnamese taste.