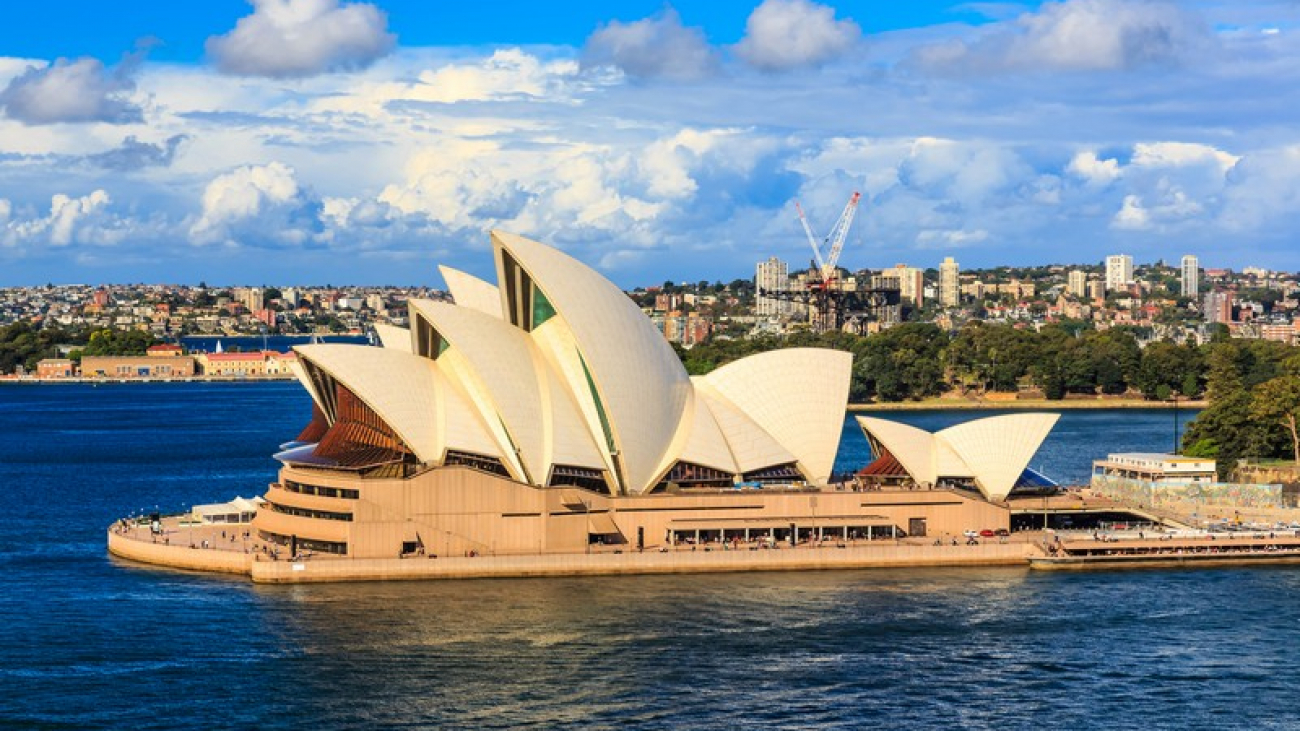 Famous for beautiful beaches, lush national parks, unique wildlife, and vibrant cities, Australia is a must to add to your bucket list.

Australia, or Aussie, is the smallest continent and one of the largest countries on Earth, lying between the Pacific and Indian oceans in the Southern Hemisphere with a population of around 25 million people. With a spectacular natural environment, high quality of life, and great diversity, Australia is a sought-after destination for international tourists. From breathtaking tropical rainforests in the north to the spectacular red deserts of the center, from the splendid snowfields of the southeast to the marvelous Australian Antarctic Territory, it is a vast and varied land.

Australia has many World Heritage sites including the Great Barrier Reef, Uluru-Kata Tjuta National Park, and the Sydney Opera House. Moreover, this interesting country is home to one of the world’s oldest living cultures, with Aboriginal communities established nearly 60,000 years before European settlement. Today, Australia is one of the world’s most multicultural countries, rich in Indigenous and immigrant cultures.

WHEN TO VISIT AUSTRALIA

Considering Australia is such an enormous country, the climate and temperatures change from place to place. Overall, the most popular time to visit Australia is from April to September. The weather is lovely and mild, and most of the country is dry and warm. All the popular attractions will be open too. In Southern Australia, March to May (autumn) is a great time to visit. On the other hand, the crowds of tourists can be intense, and prices will be much higher than in the off-season/shoulder season. You’ll have to book many things in advance!

If you’ve come to Australia to take advantage of hiking, winter (June to August) is a nice time to visit.

The low season is from October to March when temperatures are too hot and humid, and unbearable to most people – especially in the Red Center and around most of Western Australia. The plus side: discounted travel rates! Especially at hotels and hostels.

From October to April is also “jellyfish season,” making waters unsafe for swimming or any other water sport. If you’re planning on enjoying Australia’s coast, this probably isn’t the best time to come. The season lasts from October to April in Northern Australia, and then November to March elsewhere.

HOW TO GET AROUND

Here in Aussie offers various ways for you to travel around the country.

Flying is the best way to cover Australia’s large distances in a short time. Australia’s domestic airlines – including Qantas, Virgin Australia, Jetstar, Tiger Airways, and Rex – serve all state capital cities and many regional cities, making it an easy way to travel between Australia’s iconic destinations. Competition between domestic airlines means that some great value fares are available, especially if you book in advance.

Train travel is a convenient, affordable, and scenic way to explore Australia. TrainLink runs services between Sydney and the regional centers of New South Wales, and along Australia’s east coast to Melbourne, Brisbane, and Canberra. V-Line trains connect Melbourne with regional hubs in Victoria, Queensland Rail covers Queensland and TransWA crisscrosses through Western Australia. There are also spectacular rail journeys such as The Ghan and Indian Pacific, which sweep across the continent, offering comfort and a sense of nostalgic romance.

WHAT TO EAT IN AUSTRALIA

Many people think that kangaroos are super cute national animals, and eating them is not for everyone, but it’s so Australian! You can try kangaroo steak, burger, jerky, sausage, or ease into the experience by eating it in a stew, on a pizza, or in a pie.

World-renowned for its beef, Australia serves some of the tastiest burgers in the world. However, Australians actually do something with their burgers that no other country does: They put beetroot in their burgers. This may help make it healthier, and the taste is amazing to your biggest surprise!

This fish gets its name from the Aboriginal language and translates to “large-scaled river fish,” or many visitors like to call it: delicious. It’s the most popular fish in Australia – probably because it can be fried, baked, grilled, and barbecued.

Here are some highly recommended places for dining out in the land of kangaroos:

Opera Bar right at the foot of Sydney Opera House.

Pancakes on the Rocks: an extremely well-known restaurant in Sydney, one at Darling Harbor and one at The Rocks.

Sydney Fish Market: the largest market in Sydney and the third on the planet.

If you want an affordable trip to Australia, you should book in advance for 1-2 months prior to the trip. Some extremely useful and top-rated websites that offer detailed information of numerous hotels and hostels in Australia such as HotelsCombined, Wotif, 10Travlr, etc. can make it easier for you to decide your accommodation.

Sydney: there are great options such as Jolly Swagman Backpackers, Western Backpackers, and Lamrock Lodge Backpackers on Bondi Beach. The average price ranges from $20 to $25 per night.

Adelaide: you can take these hotels into consideration: Country Comfort Motel Adelaide, Grand Chifley Adelaide, Carrington Gardens. The price is about $65 to $90 per night.

Melbourne: it’s advisory to book at some hotels such as Miami Hotel Melbourne, Seasons Heritage Melbourne, Atlantis Hotel. Each night at these places will cost you around $65 to $90.

Whether you’re into sipping delicious shiraz, hiking around lush green wilderness, or getting the most out of our unspoiled coastlines, there’s a destination to suit any and every taste in this country.

Sydney: Almost picture-perfect, Sydney is a fantastic city with a lot going for it. A modern city with a long history, Sydney is defined by its scenic harbor. The region’s first inhabitants lived along the harbor’s bank for thousands of years. The harbor was also the landing site for convicts sent to Australia during the 1780s. Today, ferries take visitors for cruises under the famed Sydney Harbor Bridge and past the iconic Sydney Opera House.

Uluru and the Outback: The most famous landmark in Australia is Uluru. This sacred rock is in the middle of the Outback, as Australia’s vast desert interior is called. It takes a couple of days to get there by car and is expensive, but anyone you speak to who has visited it says it is worth it. Most backpackers are drawn to the Outback because of the promise of adventure: you’ll drive for days without encountering anybody else, sleep under the most beautiful starry sky you’ll ever see, and feel at one with nature the whole time.

Byron Bay: If you’re traveling by bus from Sydney, then your next stop will probably be Byron Bay. Known to be a little hippie stoner town, its reputation has grown so much that people say the moment you drive into the city, you become high. Maybe it was like this years ago but now it’s much more of a tourist-friendly destination. It’s still wonderful and has serious hippy vibes, but it’s also more commercial. Make sure to visit the lighthouse at the top, it will give you a fantastic view.

Gold Coast: The next stop is something entirely different: Surfers Paradise. The main reason backpackers stop here is to party: join a pub crawl in your hostel and you’ll probably end up in Sin City, the club where the bartenders work in their underwear. But there is so much more to the Gold Coast than partying. Immerse yourself in the natural wonders of the regions, such as the very Instagramable sunflower fields in Allora or lush waterfalls at Tallebudgera Valley.

WHAT TO BUY AS GIFTS FOR FAMILY AND FRIENDS

Akubra hats are wide-brimmed, designed to ward off the burning Australian sun, and typically have a thin leather band around the base of the crown. This is sometimes substituted for a bullet belt by the real outback “Aussies.” Akubra hats range in price from AU$110 to AU$164, depending on the style. This interesting souvenir can be found for sale in a variety of locations across Sydney, including the lively shopping street of Chinatown.

Australia is famous for the quality of its opals and Sydney is home to a large variety of opal products, from investment gems to delicate jewelry. The mesmerizing colors of opal are always shifting and changing with the light to reveal new dimensions. Expertly set in Australian gold, a pair of opal earrings makes a special gift that will be treasured. For a pair of studs, prices start around $AU 79.00 and go upward, depending on the size of the gem and the gem quality.

Ugg boots are iconic Australian footwear. Made from the highest quality sheepskin, Ugg boots are warm and comfortable, and are a staple in most Sydney households during the chilly winters. You can get a pair of this fabulous footwear at Ugg At The Rocks, Shop 2 Clocktower Square and they may cost you from AU$80.

Some suggested places for your best shopping experience in Australia:

Queen Victoria Market (in the center of Melbourne).

The Rock Market: here you can find various artworks, handicrafts, and gemstones for sale; it opens on the weekends (Saturdays and Sundays), from 10.00 AM to 5.00 PM.

Canberra Centre: here you can find anything from the most anti-yuppie to the most expensive brands such as diamonds, luxury accessories, etc.

Melbourne Central: This is a center of numerous famous fashion brands from all over the world.

The Great Barrier Reef is one of the world’s most incredible natural wonders which makes it an absolute must-do while you’re in Australia. While there, you can explore the underwater world via snorkeling or scuba diving and get to know the colorful marine life that characterizes this part of the world.

Get a Quokka Selfie on Rottnest Island

Quokkas are one of Australia’s cutest critters, and you can get up close and personal with them on Rottnest Island. Cycle around the unique landscape and keep your eyes peeled for little Quokkas to take a selfie with as you go.

Go for a swim at Bondi

Bondi Beach is probably one of the most famous beaches in the world. Here, you can surf with the best of them, kick back and relax on the pristine stretch of sand, or go for a dip in the stunning ocean.

Head to one of Australia’s premier wine regions like the Hunter Valley, Yarra Valley, Margaret River, Barossa Valley, and McLaren Vale to try some of the country’s famous tipples.

From music festivals to food and wine events to hot air balloon celebrations, there is an experience for everyone.

Every year in May/June, Sydney is transformed into an epic outdoor art gallery and festival for Vivid Sydney. As part of the event, you can expect art installations, sculptures, musical performances at the Opera House, talks, and more.

If you’re planning a trip to Melbourne in March, don’t miss this major gastronomic event. It’s one of Australia’s biggest food and wine festivals and showcases some of the best wineries and eateries in the nation. It’s a great way to enjoy local food and drinks and mix and mingle with locals.

The Adelaide Fringe Festival is one of the largest cultural events in Australia and one of the biggest fringe festivals in the world. Since 1960, this month-long spectacle brings together a mix of vibrant performances including comedy, theatre, music, circus, cabaret, and more. If you find yourself in South Australia in February or March, be sure to check Adelaide Fringe out!

Queenstown rings in winter the right way with their annual Winter Festival. The 10-day event has all of the regular festivities like live music, comedy shows, parties, and fireworks, but they also put their own Kiwi spin on things with special events including polar bear lake plunging. 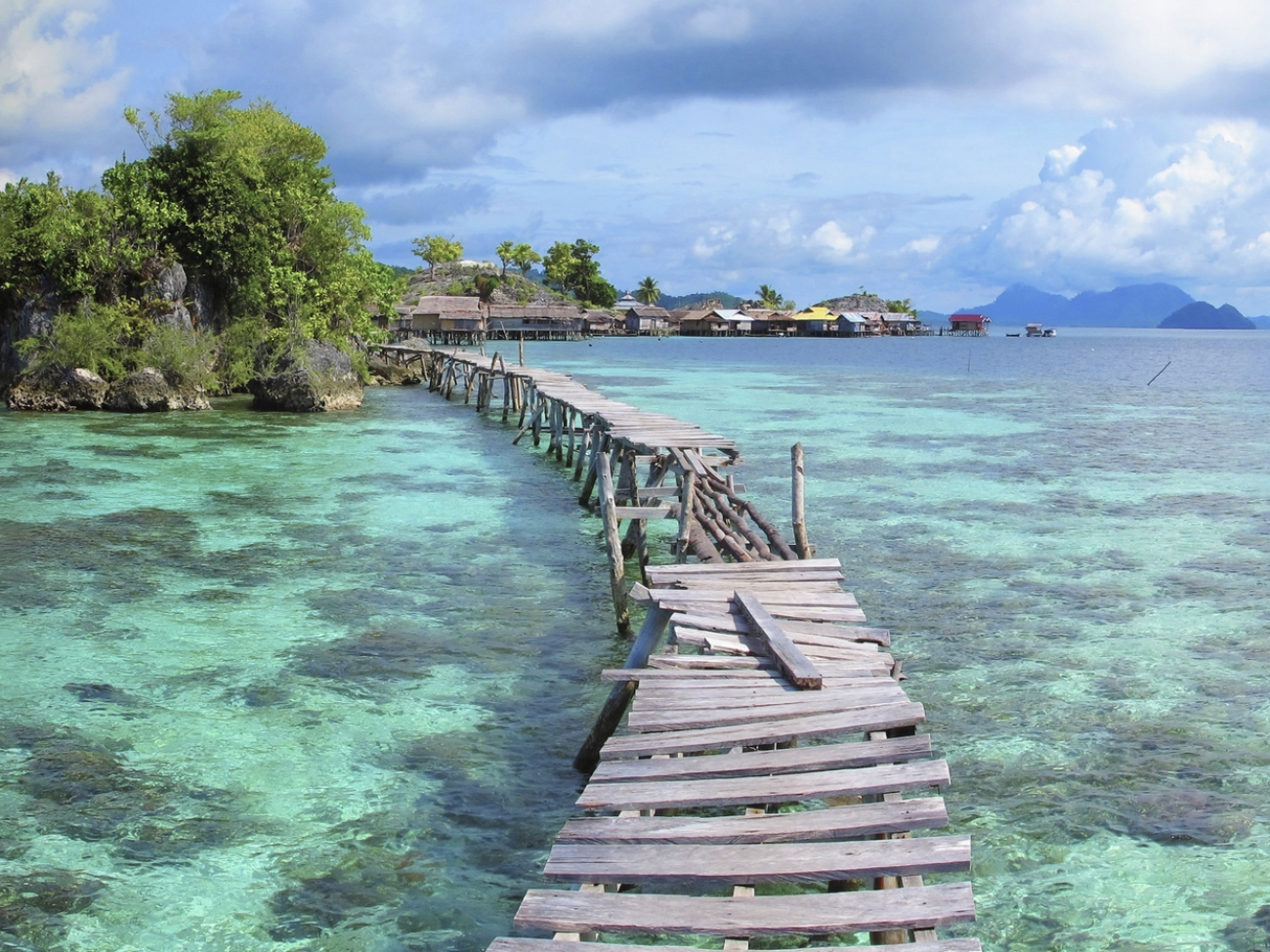