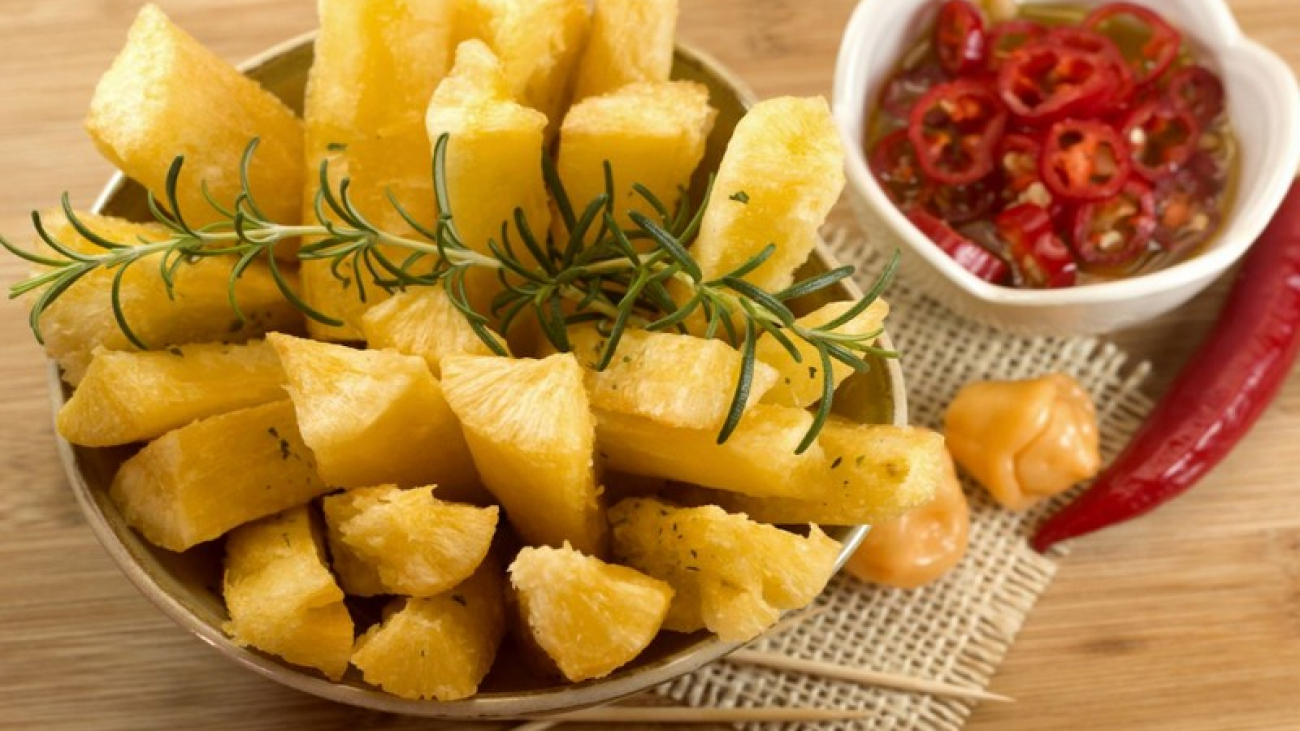 In spite of being known as a carnivore-friendly country, Brazilians also love to eat cassava, commonly called mandioca. There are many ways to make it savoury and sweet, from boiled, fried, toasted to sprinkled on other foods. When the time for a journey to Brazil is right, here is the list of the best cassava dishes that you should try in Brazil.

Not a far cry from the potato variety, you can make cassava into fries, but cassava fries have a crunchier texture, making them extra hard to resist. The taste is lightly sweet and similar to French fries and Brazil’s cassava fries are similar to the yucca fries served in Cuba and other Caribbean islands. People usually eat cassava fries with fish, chicken or as a snack at a beachfront shack. The mojito garlic dipping sauce is perfect to add lots of flavours.

Your trip to Brazil is not complete unless you have tried farofa at least once. This dish is basically fried tapioca flour mixed with small pieces of fried bacon and served alongside rice and beans. Additionally, it has a similar appearance and texture to seasoned breadcrumbs and can be sprinkled on a dish to season and add texture. Each region has its own blend of seasoning, always considered the very best version by its locals.

As a porridge-like substance made from cassava flour and broth, pirão is often an accompaniment for seafood dishes in Northern Brazil. Seafood broth is usually used and the puree is served alongside shrimp or fish. Although the thick texture can be off-putting for some, the flavours from the broth provide a nice complement to many dishes. Take a visit to a tropical restaurant and you will not be disappointed with the flavours you discover.

The tapioca crepe is one of the most popular street food in the northeast of Brazil. Made from the starch of the cassava root, this dish is first moistened and passed through a sieve as a coarse flour, then sprinkled on a hot pan. The heat makes the starch bind together, resulting in a grainy flatbread. It is often served at small street stalls as savoury with cheese, tomato and ham or as a sweet with chocolate, strawberries, bananas and nuts.

One of the most famous snacks in Brazil is pão de queijo, which translates literally to cheese bread. Made with cassava flour so it is totally gluten-free, these little puffs are crispy on the outside, squidgy on the inside and filled with cheesy flavour. These little rolls can be sold in packets with mini cheese balls inside or as great balls the size of large oranges. Generally eaten for breakfast or as a snack with coffee, pão de queijo can be found at street corners in Brazil.