Talking about tea around the world, no list can be exhaustive. It is not simply a beverage, it contains a country entire history and culture. In most countries, tea time is also a time to reflect on life’s stories, to temporarily escape the hustle and bustle of life. The beverage has become the culture of each country with its own unique ceremony and serving methods.

Tea in many countries has evolved into more than just a drink. In some cultures, it is almost always served in gathering, regardless of how formal or informal the gathering can be. Different regions have created their own unique version of brewing and serving tea, results in a diverse and complex culture.

A sweet, aromatic beverage, Maghrebi is served mainly in Morocco and Northern Africa countries. The preparation of this beverage can take a ceremonial form. Traditionally prepared by the head of the family and represents wealth (as it was a luxury in Morocco), Maghrebi is commonly served hot in a silver pot. 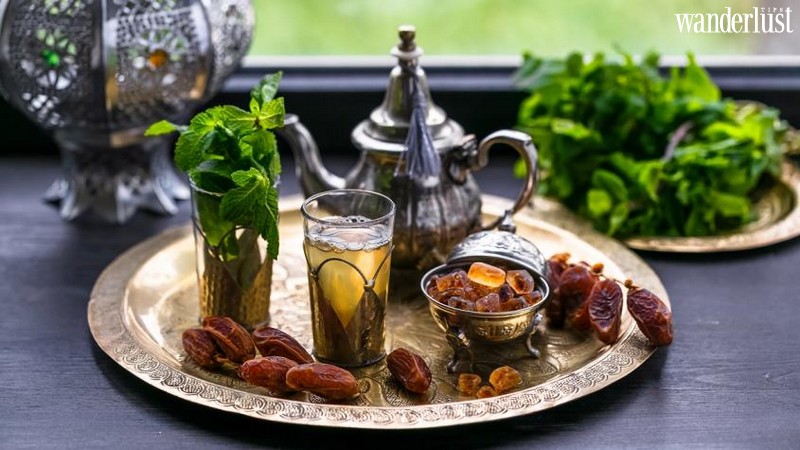 The tea will be first infused with a bit of boiled water for 30 seconds. The, strong, deeply flavored “spirit”, will be poured out; more boiled water is added for one minute and poured out again, to “clean”, and this process can be repeated several times. The “spirit”, after the tea is “cleaned”, will be added again, with mint and sugar. It will be ready to serve after 3 to 5 minutes. 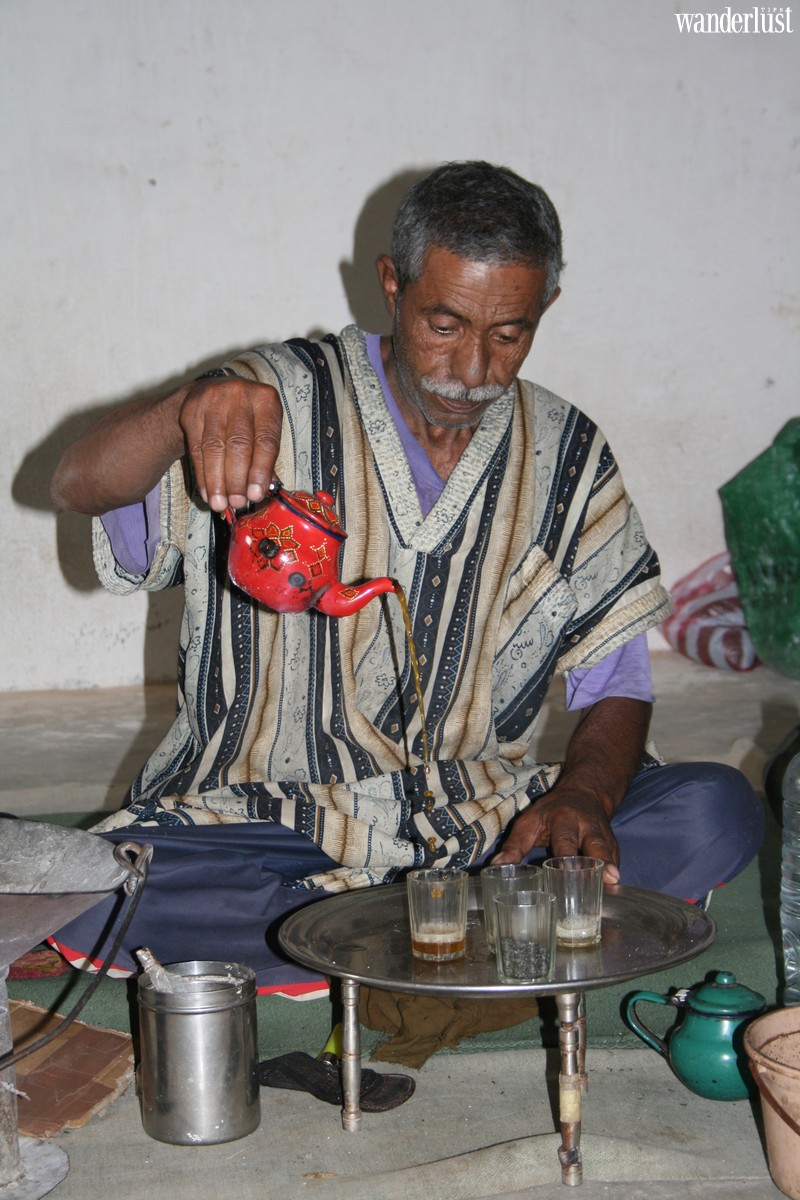 Traditionally, Maghrebi is served only three times. Each time the it is served is so unique, that there is a saying:

Each serving is also a work of art. The host will pour from a certain height, to maximize the taste and to create a thin layer of foam, which in turn will compliment the aroma.

Spicy, creamy and sweet, chai masala has gained worldwide popularity. Served in street vendors by chai wallahs (chai brewer), it is relatively easy to make. Due to the abundance of spices in India, there are many variations, but there are seven basic ingredients always present: water, tea leaves, milk, sugar, cardamom, black pepper, and ginger. However, the chai wallahs can customize upon request, so it relies a lot on how good he or she is. 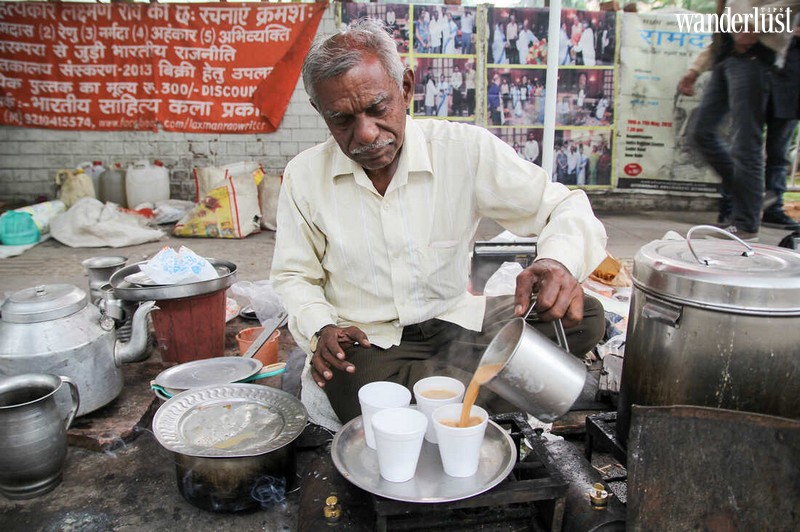 Chai masala is commonly made by actively simmering or boiling a mixture of milk and water with loose-leaf tea, sweeteners, and whole spices. The result is a hot, spicy, fragrant yet sweet and creamy drink that is hearty and leaves a tingling sense on your tongue when drink it. 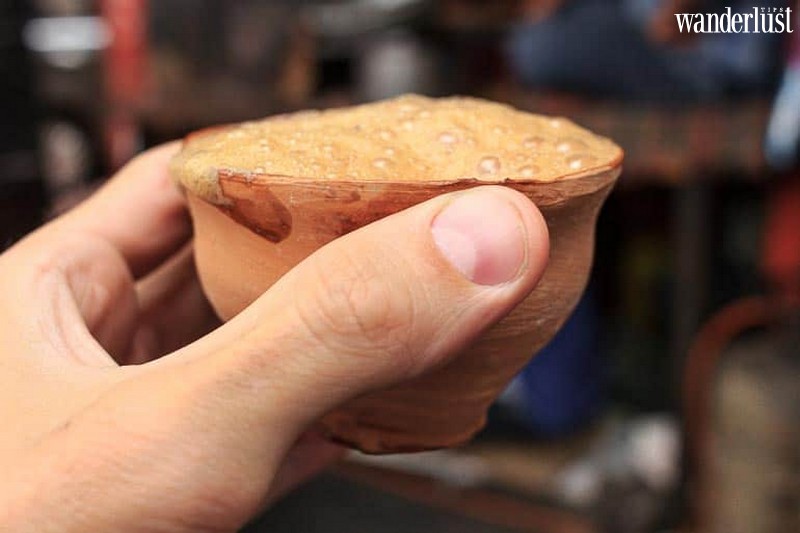 Image by @Food and Road

Matcha is made from finely grounded tea leaves and whisked in water to create a type of foam by a specially made bamboo whisk called. Matcha has formed the backbone of Japanese fine arts. 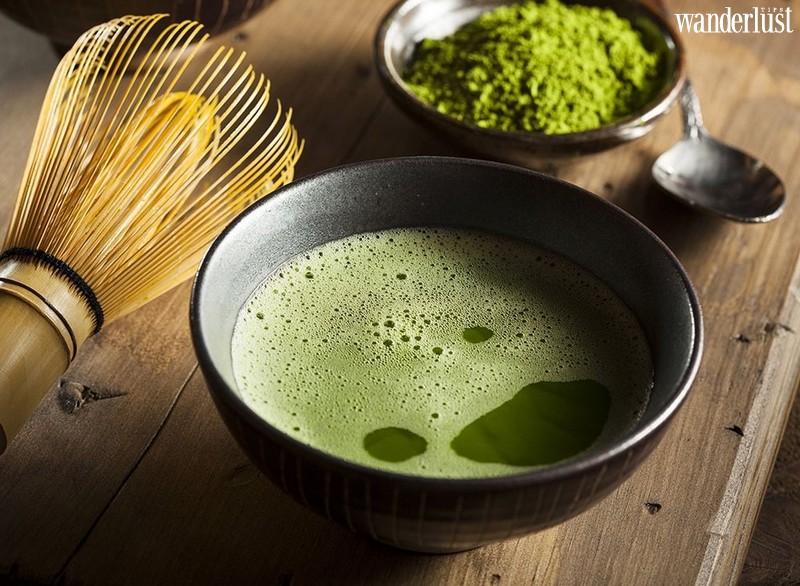 Before adding water, matcha power needs to go through a type of sieve to rid of any clump that formed. The matcha then be ceremonially moved to a small caddy called chaki. Typically, only 2-4 grams of matcha (depending the matcha to be thin (usucha) or thick (koicha)) is used, and added 75ml or 40ml of hot water respectively. The mixture then whisked by a chasen to form a consistent form. 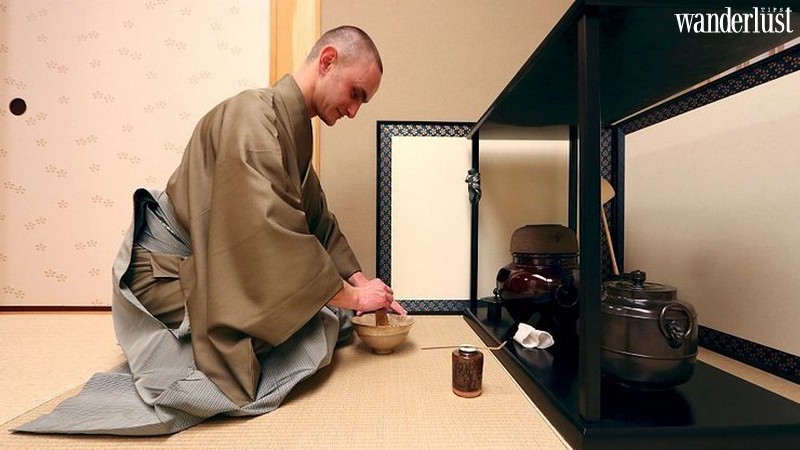 Tea in Japan is not only about drinking, but more about the preparation and the meaning behind the ceremony. Chadō (tea ceremony) focusses on harmony (和, wa), respect (敬, kei), purity (清, sei), and tranquility (寂, jaku); principles that formed the “way of tea”.

No country is as closely affiliated to tea as England. The drink is as close to English culture as fish and chips and the Royal Family. It is worth noting that coffee actually came earlier England. At first, tea was only available to upper-class and royalties, but in time, it became widely accessible to everyone in England in the 19th century. 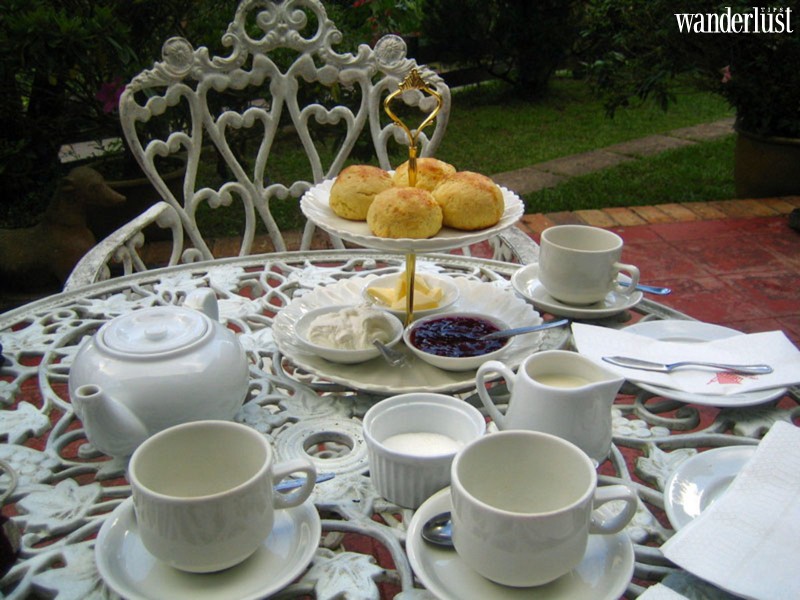 Nowadays British people drink several varieties, accompanied with an assortment of sweet and savory finger food. One of the most iconic features of British tea culture is that British drinks it in a specific time, most famously in the afternoon. Afternoon tea can be served almost anywhere, and does not mean fancy drinking. A teapot, a few biscuits, scones, sandwiches, and you have yourself an afternoon tea. 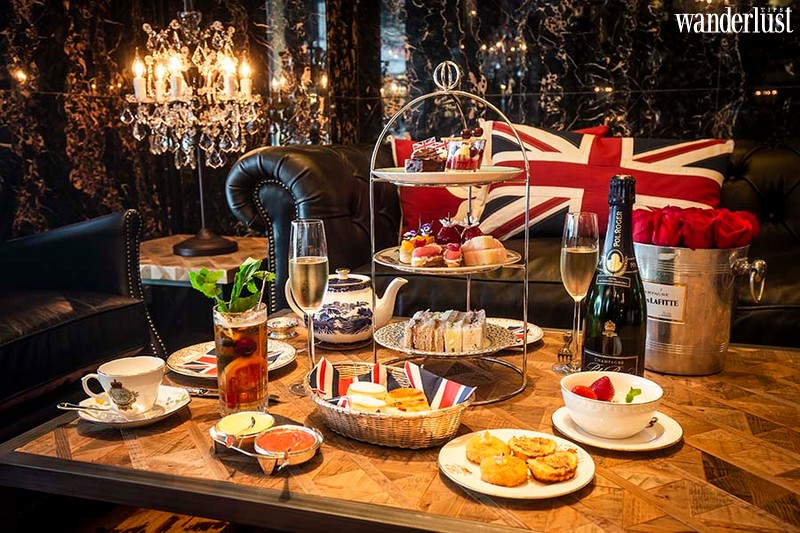 Another common misunderstanding is low versus high tea. Scones, sandwiches and cakes make the centrepiece of former, but the latter will have the same a substantially heavier, consists of meat, fish and egg, and can often have breads.

Dated back to the 1980s when Chun Shui Tang pioneered serving tea on cold ice, and later in 1988, when their product development manager, Lin Hsiu Hui poured tapioca balls into the it, creating the first-ever Boba Tea. The drink falls into two categories, with or without milk. Milk content is commonly powdered milk or fresh milk, but can also be condensed milk, almond, soy or coconut milk. 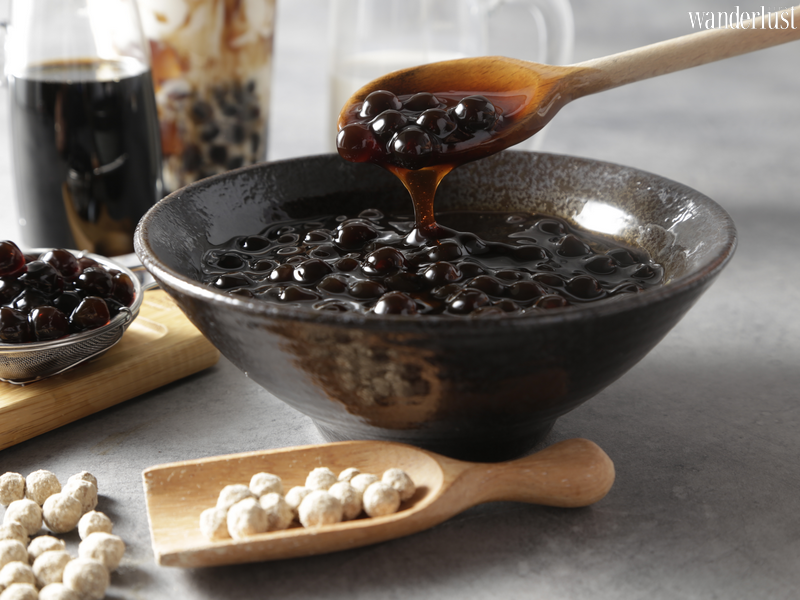 The drink has become more than a beverage in Taiwan; it has become an enduring icon of the country’s culture and gastronomic heritage. So much so that April 30 is now their National Bubble Tea Day for the year 2020. 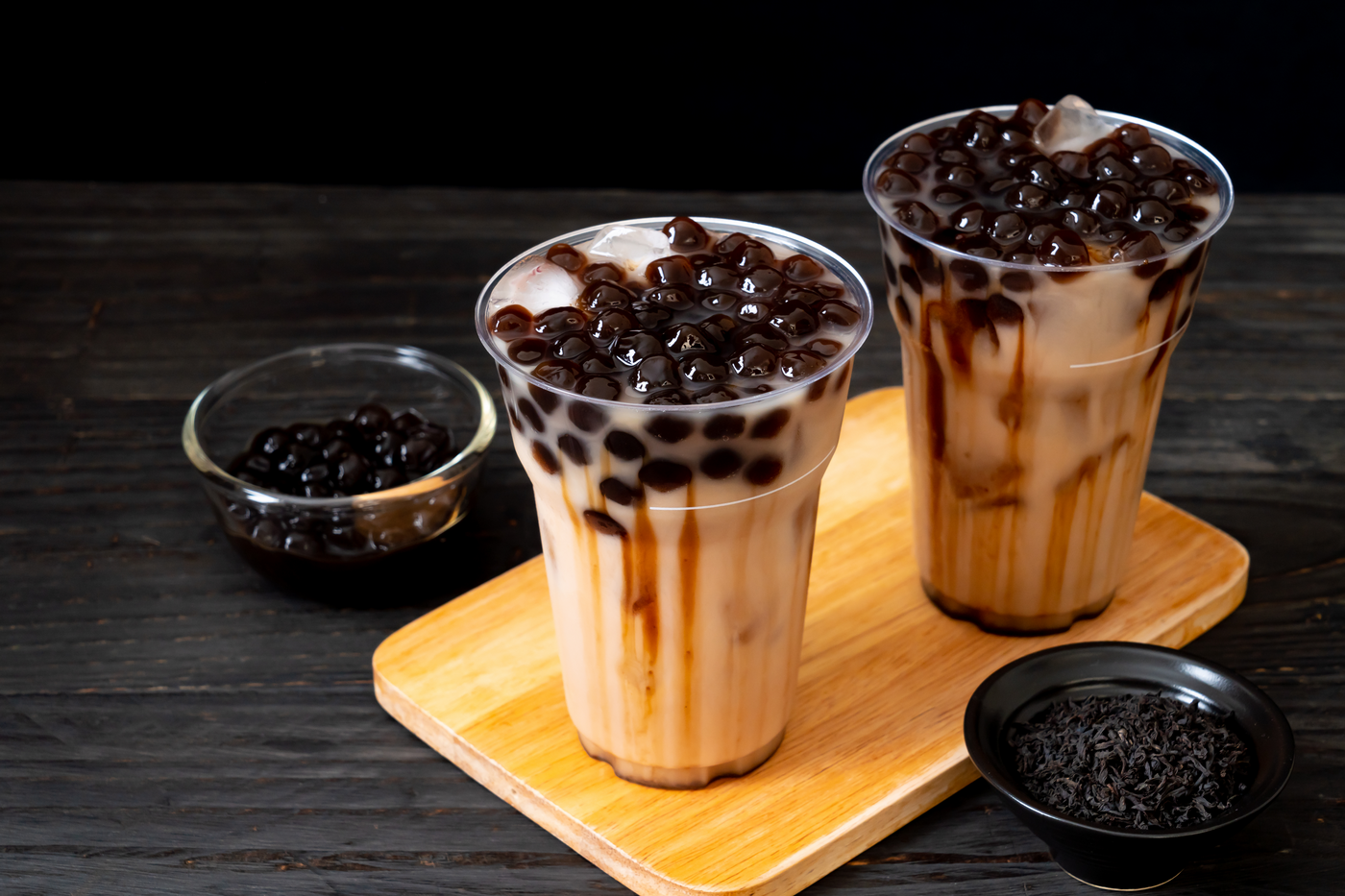 Boba Tea has gained its popularity worldwide, striding from Taiwan to the United States. It is commonly associated with younger people, especially teenagers. The beverage has become so popular that different foods are being made with it, such as ice-cream, cake,…anything with its flavor.