Easter Island, or Rapa Nui, is an island of Chile. A Chilean territory, yet Easter Island is positioned in the middle of the Pacific Ocean, secluded from the mainland South America. The island is often dubbed the most isolated inhabited place on Earth, the island is till this day shrouded in mystery. Tourists often travel to Easter Island to be immersed in the impressive archaeological site, and most of all, to see the iconic Moai.

Although positioned over 3700km from Chile, Easter Island holds distinctive cultural remains of Polynesian tribe that once inhabited the island. Despite everyone currently on the island now speaks Spanish and are Chilean citizenship, remnants of a once thriving and mysterious civilization remain, most vividly through the Moai. There are endless debate on theories of these giant statues and why they were built, but the only agreeable theory is they were left by the Rapa Nui people. Inevitably, visiting the Moai statues is the number one reason why tourists visit the island, but there are so much more to do in this island in the middle of the Pacific Ocean.

Easter Island, the “navel of the world”

One needs real enthusiasm to pack their bags and depart to Easter Island. Upon arrival, you will be greeted by over 800 monolithic statues, a stunning nature and beautiful coastline. And that is not all the island can offer. Beautiful beaches with inactive volcanoes, astounding cliffs that can be reached on foot, and away from the beaches and cliffs, one can visit the island’s caves. For cultural and history enthusiasts, the island is literally a treasure chest, filled with cultural artefacts of a bygone era. 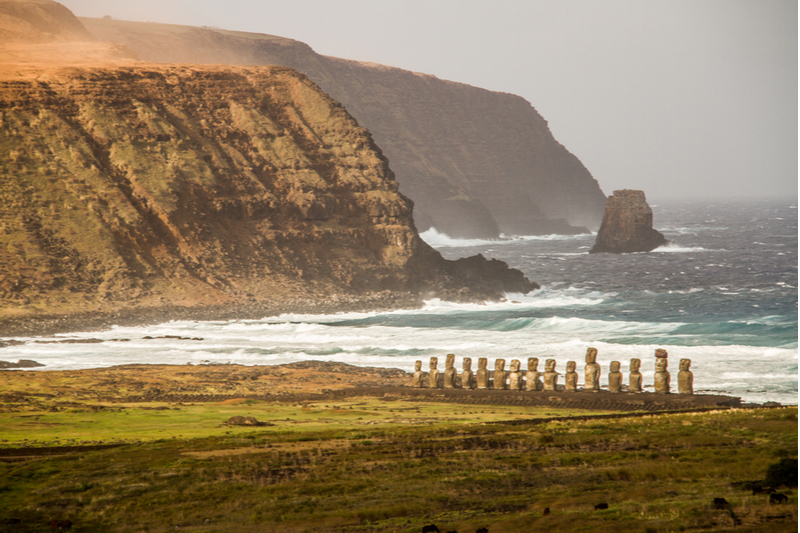 Five extraordinary activities to do

Watch the sunrise at Ahu Tongariki

Nothing is comparable to the scene of the sun slowly rising behind 15 Moais. While the view of 15 Moais standing in line can be seen at any given time of the day, the spectacular view of the sun peaks up behind the Moais can be especially astonishing. 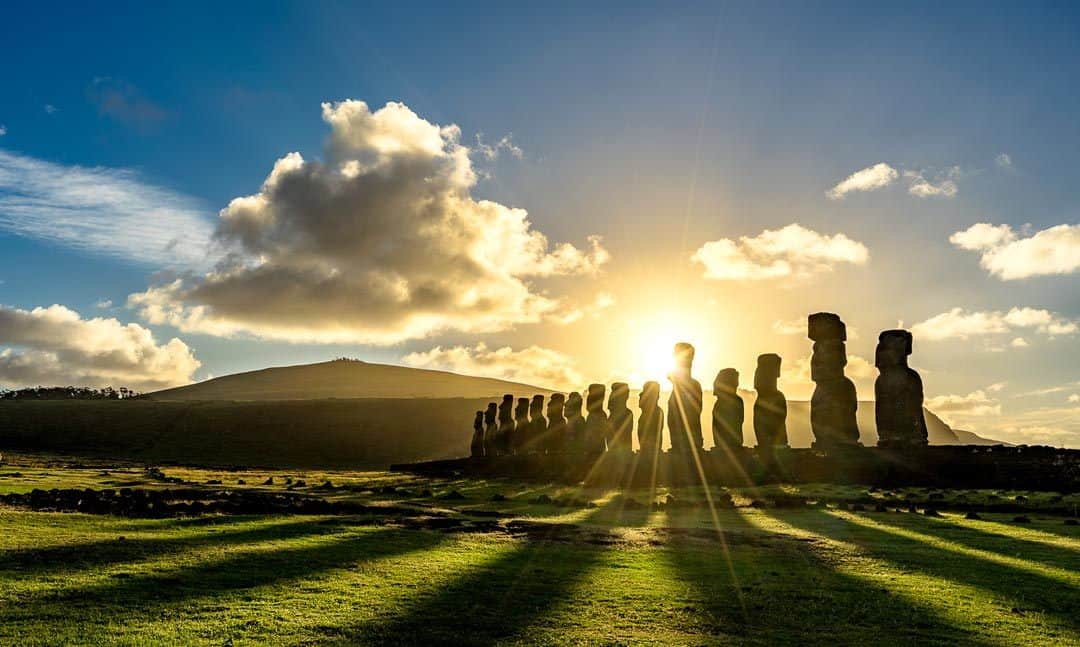 Photographed by @Alesha and Jarryd

The quarry was where the Moais were carved and to be loaded for transportation all over the island. There, you can see different Moais in different stage of completion, from barely started to fully completed. The sight of those monolithic statues scattering around is promised to be a spectacular view. 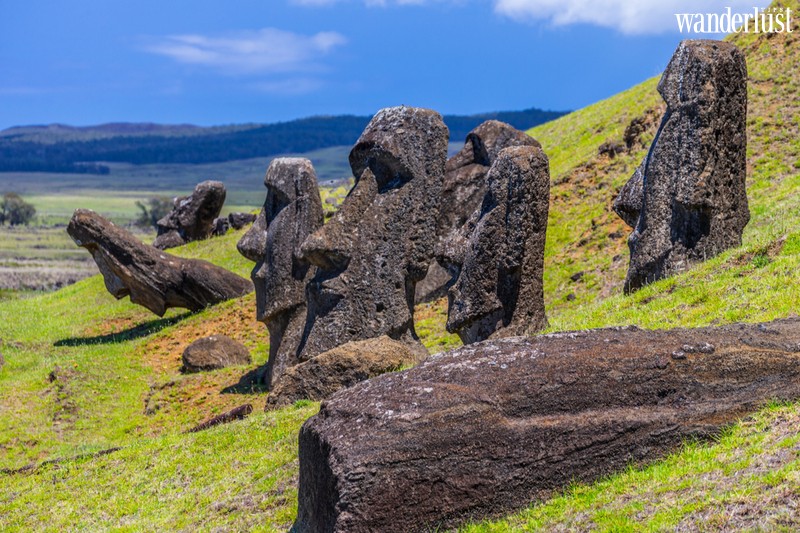 Explore the caves and lava tunnels

A volcanic island, although no longer an active one, the inactivated volcanoes also left the island with lava tubes and a system of caves. Ana Te Pahu is one of the best caves on the island, and situated in one of the least discovered part of the island. No word can describe the awaiting beauty. 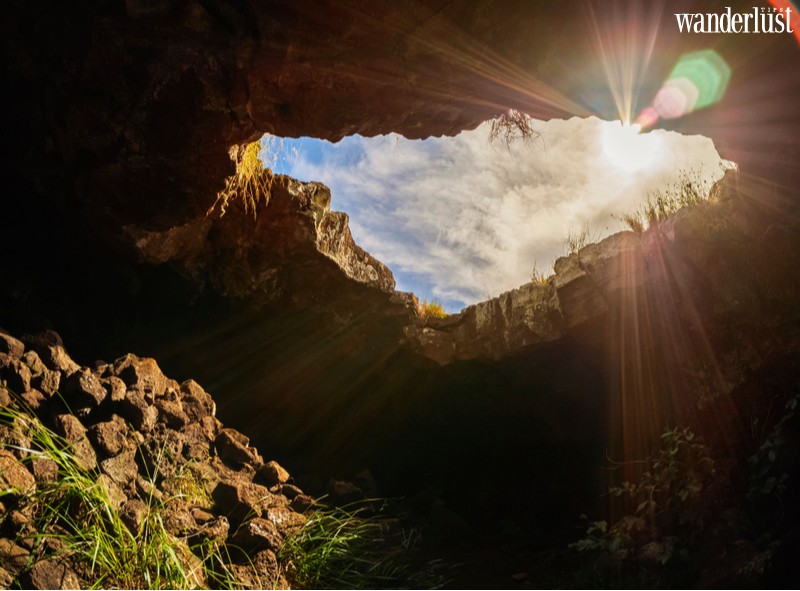 A visit back to nature at the Tau Kiani Botanical Garden

If one of your goals in visiting Easter Island is to see the nature, or too tired of attractive tourist destinations on the island, the Tau Kiani Botanical Garden is sure to be a refreshing visit. 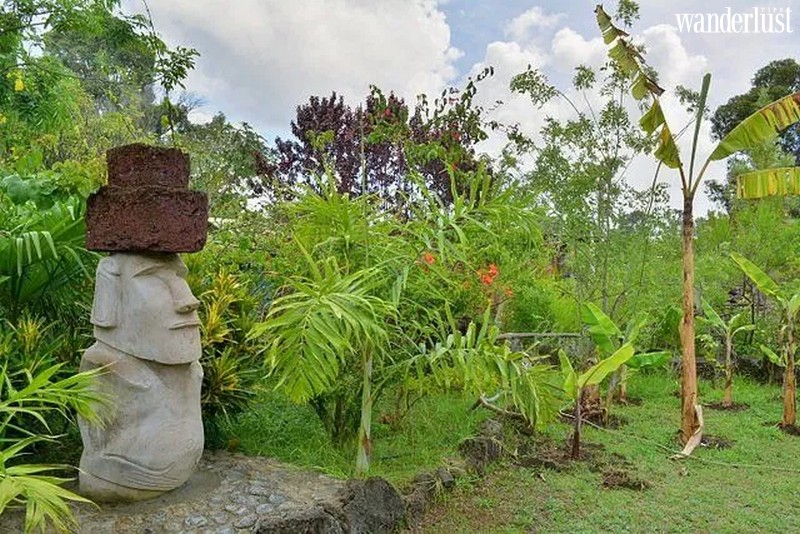 Wind down on the Anakena Beach

As an island, Easter Island has some of the best coastline in the world, but Anakena Beach is the most worth visiting. White sand, clear water with views to the Moais, the beach is the perfect stop for a long day touring the island. 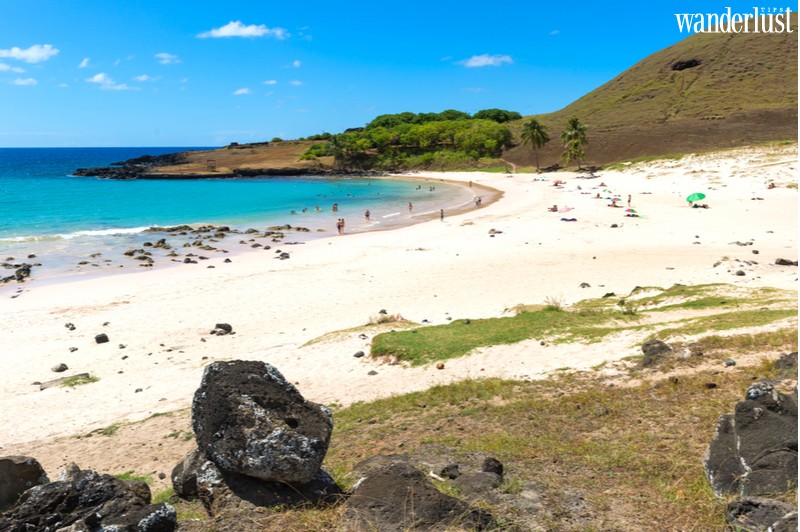