(#wanderlusttips #Britishroyal) In September Prince William and Kate Middleton will land in Victoria, BC, to begin an eight-day visit to the city and surrounding regions. Their travels will include stops in Haida Gwaii, Bella Bella and the Great Bear Rainforest. This is their second official Royal Tour of Canada.

In 2011, the pair made their first overseas trip as a couple, visiting all of Canada’s regions. The palace has yet to confirm whether three-year-old Prince George and one-year-old Princess Charlotte will accompany their parents. But the president of the Royal Commonwealth Society’s Vancouver Island branch mentioned a rumour that a sandbox will be built at Government House in Victoria. “I’m sure it’s not for the Duke and the Duchess,” he said. 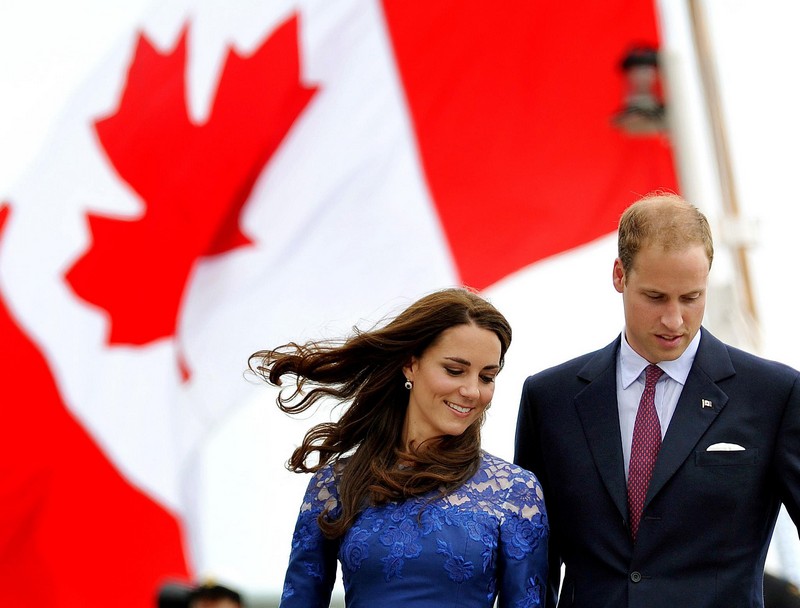 The Duke and Duchess of Cambridge walk down the gangway of HMCS Montreal, following a morning prayer service on the helicopter pad at the rear of the war ship, after making it’s way down river from Montreal in Canada overnight.

The royal couple will arrive in Victoria on 25 September, where they will be greeted with an official welcome and an Honor Guard review. They will remain in the city for four days of their eight-day tour. Then the couple will travel through Vancouver, heading north to Bella Bella and the Great Bear Rainforest. In the Yukon, William and Kate will visit Carcross, a former gold rush town and now home to about 300 people.

The couple will complete their trip with a tour of Haida Gwaii, an archipelago off the north coast of British Columbia. While there, the couple will learn about the Haida people and explore the wilderness, which is known for its diversity of wildlife.