Two weeks was not enough for me to explore Iran – I only explored Tehran, Esfahan, Yazd, Shiraz and Kerman.  People keep asking me why only travelled in Iran for two weeks instead of a month. The answer is that as a Malaysian, I get a free 14 days visa to enter Iran, which is good news for me, as a backpacker, money is always tight. And it is one more reason to return to this amazing country. 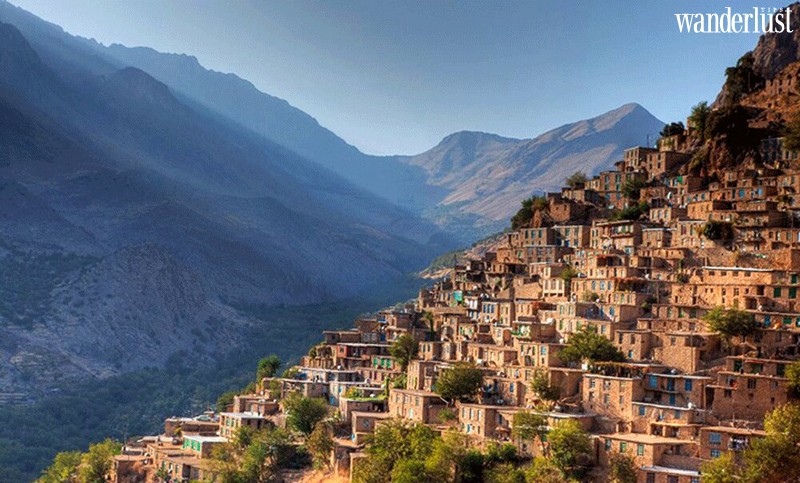 Iran is the second largest country in the Middle East and the 18th largest in the world. Iran is home to one of the world’s oldest civilizations, hosts nineteen UNESCO World Heritage Sites and boasts beautiful landscapes stretching from dense rain forests to snow-capped mountains and desert basins.

I boarded a plane from Kuala Lumpur to Tehran nervously as I did not prepare well and had no itinerary. There being very limited information available online is one challenge, plus bad news on the media made me think twice before I decided to go. Two weeks before my trip, I decided to cancel the trip as my parents did not approve and their blessing matters to me. At last, they gave me the green light to go and travelling to Iran is one of best decision I ever made.

It cost me about IRR 700,000 (USD 22) for a one-hour taxi ride from Tehran Imam Khomeini International airport to the Seven Hostel (dorm, 15 USD per night) – the only option to get to the city, as the metro connecting it to the airport is still under construction. 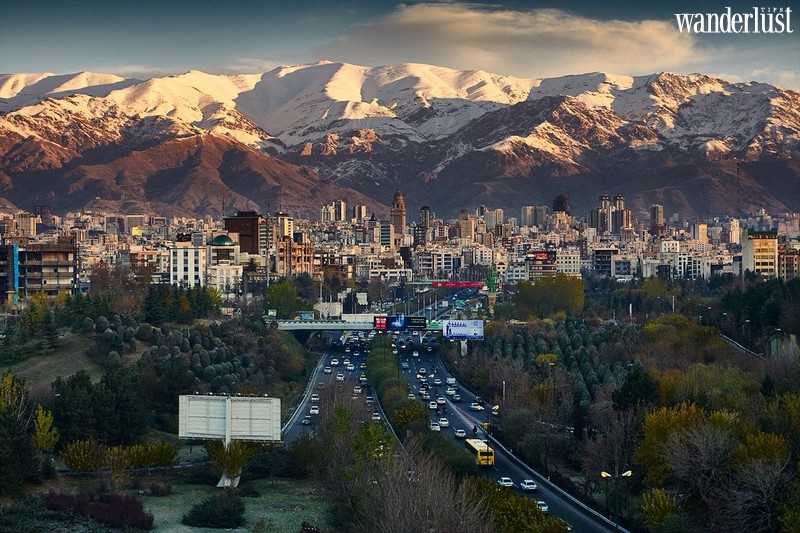 On the second day in Tehran, all the shops and attractions were closed, as it was an Ashura celebration. For Shi’a Muslims, Ashura marks the Remembrance of Muharram, and commemorates the death of Husayn ibn Ali, the grandson of Muhammad at the Battle of Karbala on 10 Muharram. The biggest Ashura celebration in Tehran was at the Grand Bazaar. I was so impressed with the people of Iran, who I found to be wonderful and friendly, everyone offered to be our guide for the event. I was so full as there was free food everywhere during the celebration.

My favourite place in Tehran – thee Golestan Palace, is one of the oldest historic monuments in the city, and of world heritage status. It consists of gardens, royal buildings, and a collection of Iranian crafts and European presents from the 18th and 19th centuries. One of the spots inside the palace that blew my mind was the most famous of the halls called the Mirror Hall. This relatively small hall is famous for its extraordinary mirror work. No photos are allowed to be taken in this hall.

When I arrived at Azadi Tower, its facade was under construction. The Azadi Tower, Tehran’s most iconic landmark and symbol of Tehran, was built in 1971 to celebrate 2,500 years of the Persian Empire. The name, which means Freedom Tower, was changed in 1979 after the Islamic Revolution. It is made of eight thousand white marble blocks brought from the Esfahan area and was designed by Iranian architect Hossein Amanat, with elements of old Persian and Islamic architecture.

In Tehran, there are numerous beautiful parks and most of the people in Iran love picnics. Shahr Park is one of the best parks in the city. I really enjoyed my evenings in this park and went twice. Did I mention the various beautiful flowers in this park? And I heard that during winter you can ice-skate at the park. Sounds amazing right?

Esfahan – Pearl of the Middle East 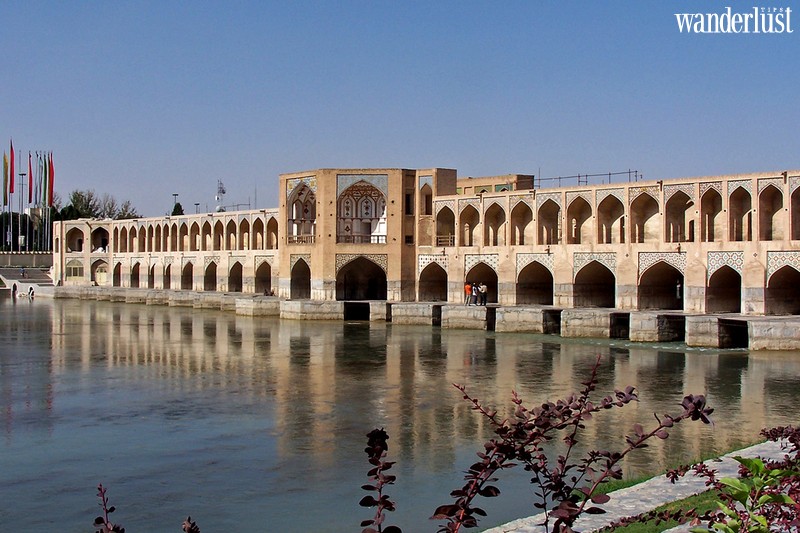 From Tehran, I continued my journey to Esfahan with a six-hour night bus ride (IRR 330,000, VIP Bus).  From the terminal I took a taxi to Amir Kabir Hostel (dorm, 10USD per night), which is situated in the city centre and in walking distance of the Imam Square.

As Esfahan is also known as the Pearl of the Middle East, it was no surprise to find it was more touristic than Tehran. Esfahan has a lot of amazing attractions and is rich with history. The best thing is that most of the main attractions are walkable and close to one another.

Do not miss out on the Vank Cathedral – the centrepiece of the Armenian Georgian community of Esfahan. The Armenians became an influential minority in Esfahan when they were recruited by the Shah to assist the state in cementing control of a lucrative silk monopoly.

Imam Square is the place where I spent the most time in Iran. It is huge and includes a big pool with a fountain at the centre and a beautiful garden full with locals out for a picnic every evening. You can shop for interesting items and souvenirs at the bazaar around the square. This is where Ali Qappu Palace, Jame Mosque and Lotfollah Mosque are located. You can find numerous restaurants surrounding the square.

I made a day trip to Varzaneh with four other travellers. Varzaneh is a one-and-a-half-hour journey from Esfahan. Varzaneh is famous regionally and all over the world for its spectacular desert, ranked as one of the most accessible deserts in Iran. Unique to Varzaneh are the local women’s costumes. They wear completely white chadors, while women in the rest of Iran, mostly wear black chadors. 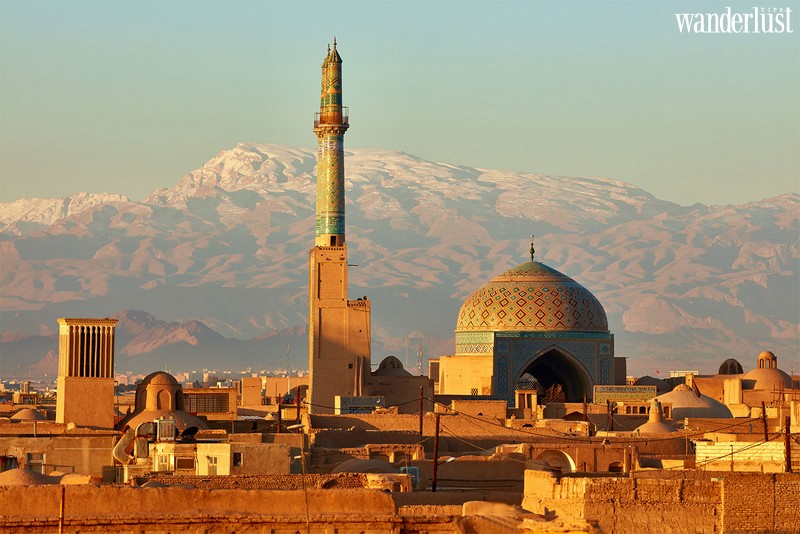 I continued my journey to Yazd with a 5-hour night bus ride (IRR 250,000: VIP Bus) and stayed at the Orient Hotel (dorm, USD 15 per night). After a while travelling through the dusty desert, the surrounding mountains suddenly appear and they aren’t the only peaks in sight. First, you see the Yazdi minarets and then the famous badgir towers – a form of medieval air conditioning, which funnels any passing gust of wind down into the baking city below. Yazd is incredible because it doesn’t seem natural for a city to thrive in the middle of a desert, yet UNESCO lists it as one of the oldest towns on earth, with an estimated 2000 years of permanent human settlement.

I took the whole day to visit the three spots Kharanagh, Meybod, and Chak Chak. Do not forget to head out to the Zoroastrian Fire Temple and gaze in awe at the Atash Behram, which has been burning for over 2000 years. Around sunset, take a taxi to the Towers of Silence to be part of a weird and wonderful Zoroastrian ritual.

After a 6-hour journey from Yazd on a night bus (IRR 360,000: VIP Bus), I arrived in Shiraz. Staying at Taha Hostel (dorm, 15USD per night), a family run hostel made my Iran trip wonderful as they offered excellent hospitality. Shiraz is blessed with a beautiful Persian garden. Eram Garden is the best place to visit if you want to experience a Persian Garden. When I was there, I just wished I were living there.

One of the highlights for me in Shiraz was Nasir al-Molk Mosque. Widely known as the “Pink Mosque”, it is also called the “Mosque of Colours,” the “Rainbow Mosque” or the “Kaleidoscope Mosque”. This is a space where light and worship intertwine. The mosque comes to life with the sunrise and colours dance throughout the day like whirling dervishes. It reflects on the ground, walls, the arches and the towering spires. It even reflects on the visitors as if a colourful ball was hit by the first sunray and explodes into thousands of butterflies.

Pasargardae, Necropolis and Persepolis brought another mind-blowing experience for me. Each story of the places amazed me and made me want to learn more about Iran. Necropolis is a large ancient cemetery with elaborate tomb monuments. Founded by Darius I in 518 B.C., Persepolis was the capital of the Achaemenid Empire. It was built on an immense half-artificial, half-natural terrace, where the king of kings created an impressive palace complex inspired by Mesopotamian models. The importance and quality of the monumental ruins make it a unique archaeological site.