Bangkok, Thailand is a cacophony of sights and sounds that handsomely rewards urban explorers willing to get a little lost in the city. Filled with non-stop action, grit, character, and some of the best cheap eats in the world.

This is a frenetic jigsaw puzzle of towering skyscrapers, colorful taxicabs, motorcycle taxis, and busy pedestrians. When you visit Bangkok you discover what this diverse city—an amalgamation of old and new—has to offer. It may be a busy metropolis, but at dawn you can see Buddhist monks clad in yellow robes filling the streets. Like the rest of Thailand, there’s a lot of negotiation and bartering: haggling at markets is the norm, and a language of its own. Come here and you’ll find a wide range of activities to amuse yourself, from the historical and religious to shopping, galleries, and spas. 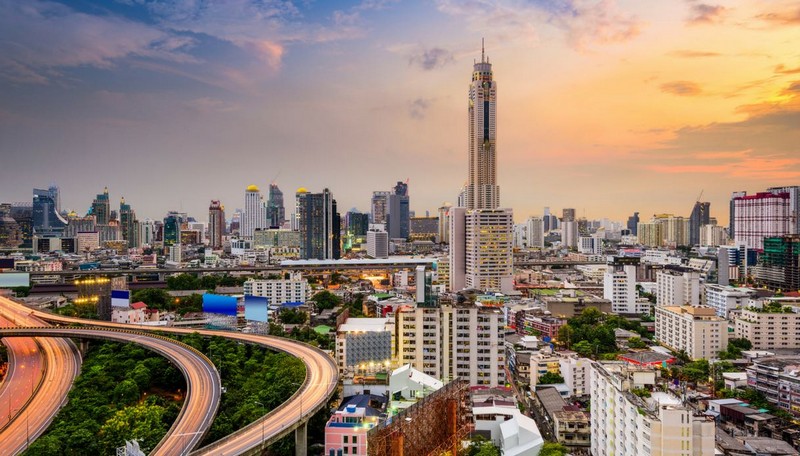 No matter when you plan your Bangkok trip, it will be hot. Note that there are three defined seasons here. During the rainy season, which spans from May to November, the weather is warm and humid, with afternoon showers. Strong rains fall periodically, with the occasional dramatic thunderstorms. The best time to visit Bangkok is from late November to mid-January. During this time, the climate is a tropical cool: humid, yet comfortable. The least ideal time to go is between March and May, when the city reaches its highest temperatures.

While you’re here, don’t miss the city’s serene temples, including Wat Pho and Wat Arun, which are two of the city’s holiest sites. By contrast, Lumphini Park, the city’s answer to New York’s Central Park, is filled with a large lake brimming with monitor lizards. And, even conservative eaters shouldn’t hold back from enjoying the city’s 24-hour street-side food stalls, which really are unique to Bangkok. And if haggling at the markets, puzzling out what you’re eating at the stalls, or the chaos in general leave you weary, don’t fret: the city’s plush hotel offerings and world-renowned spas will give you just the quiet getaway you’ll need to refresh. 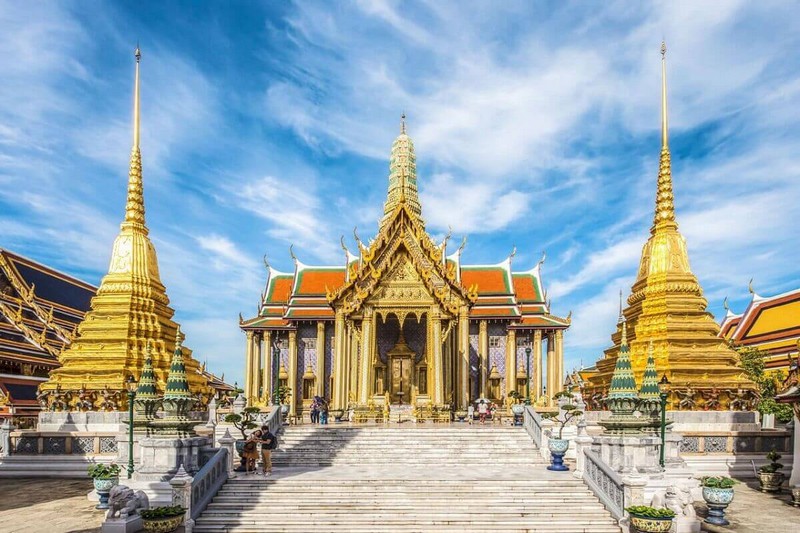 The short window of winter lasts between late December and early January, and these cooler temperatures coincide with peak tourist season. November and February are cooler with (typically) fewer people. 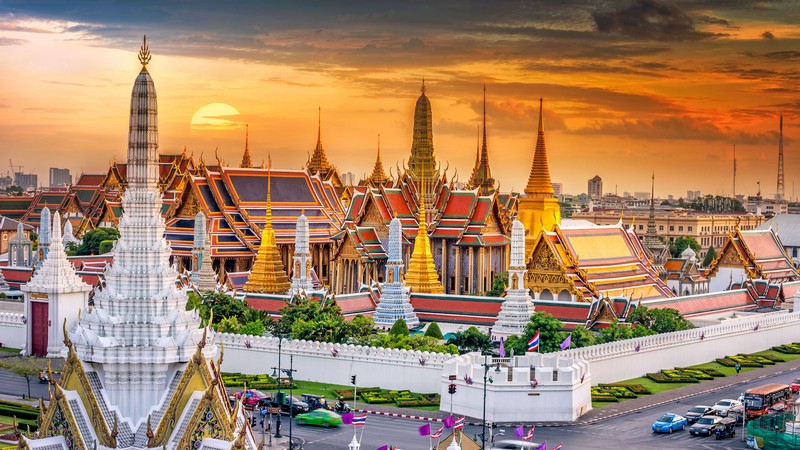 The hottest season runs from March to August. Rainy season is unpredictable and varies, but normally runs from June to early October. While it is classified as monsoon season, the rains infrequently last more than an hour or two at a time.