When it comes to ‘banh mi’, Hanoi doesn’t follow any pattern. Elsewhere, it’s a race among those producing the same, traditional forms of the classic sandwich, but in Hanoi, it’s an exhibition of mutants.

If Hoi An chooses to stick with the old stuffing that earned it the best ‘banh mi’ title, Hanoi goes in the opposite direction, replacing all the famous pate and floss with things like grilled skewered pork or fries and fried ‘nem chua’. 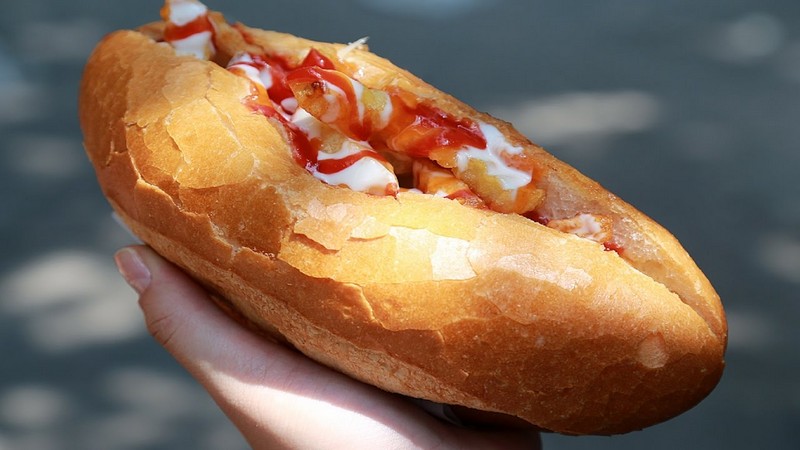 Already bored with the old ‘banh mi’? Try ‘banh mi’ with fries (khoai) and fried ‘nem chua’, a recent street food trend that’s developed in Hanoi. The strange fillings originally came from junk food sold around schools in Vietnam, fried potatoes and ‘nem chua ran’ – fried fermented minced pork. But now they are used as the main ingredients. The ‘banh mi’ is crispy with out-of-the-pan hot fried potatoes, “nem chua rán” and salad. This popular dish isn’t complete without a mixture of mayonnaise and chilli sauce. If you want to eat like young Hanoians, “banh mi nem khoai” along with peach tea is the perfect choice. 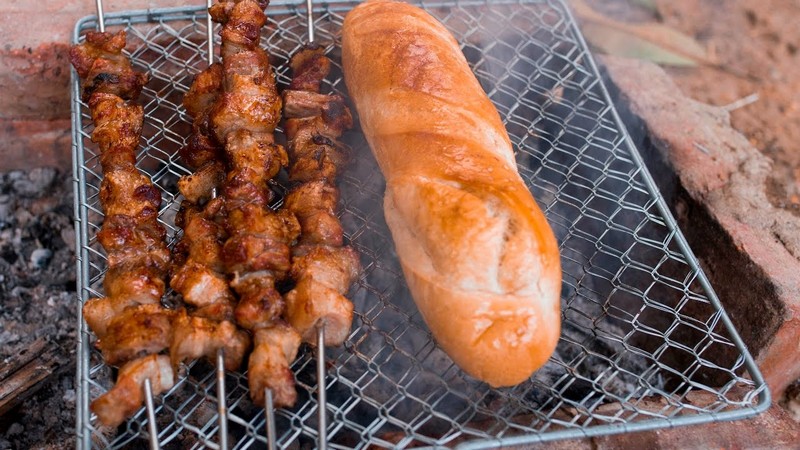 Another type of filling that resembles the Western barbecue style is ‘thit xien nuong’ skewered on bamboo sticks and grilled over charcoal. The marinated meat here has stronger flavor than the ‘thit xien nuong’ found elsewhere thank to the family’s secret recipe. ‘Thit xien nuong’ topped with pickled cucumbers inside the bread makes the perfect combination. Highly recommended by both foreigners and locals. 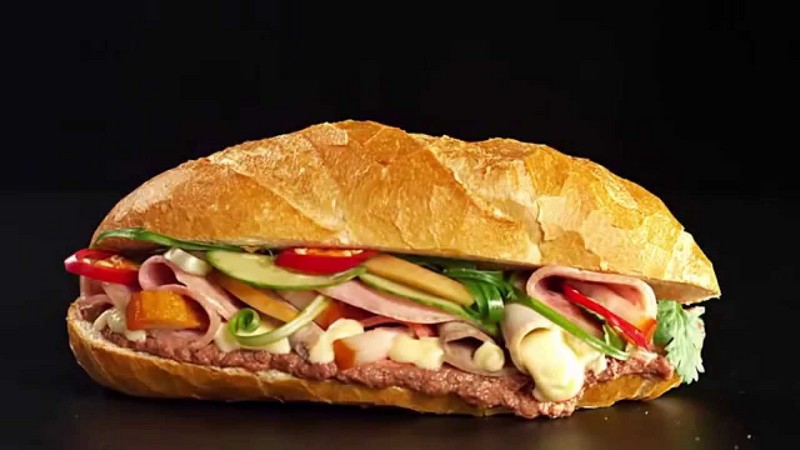 ‘Banh mi’ Minh Nhat was founded by Minh Nhat – winner of reality show MasterChef Vietnam 2014. Different from other bread stalls, Minh Nhat designed her fast food chain in a modern style, catering for office workers and young people. The BBQ sauce that covers the roll and slices of toasted chicken or beef is the secret that drives food lovers crazy. The chain also features another filling that usually disappears when high-end stalls put ‘banh mi’ on their menus: the simple fried egg. Though similar to each other in terms of meat, all ‘banh mi’ need various herbs and pickles to balance the taste, and Minh Nhat’s is not an exception. Though the price is higher than other places, it is still trying just to experience the different flavors and the time that goes into making them.

Founded by Mrs Dan in 1979, it’s the fillings that attract customers to this stall. A loaf of grilled, crunchy bread stuffed with creamy pate and pickled vegetables to take the edge off the fat is the breakfast of choice for many Hanoians. You can easily find deli-style pork like sausages and roast pork. Another plus point is its location in the center of Hanoi.