Many cultural and tourism activities will take place in the central region to mark in the 41st anniversary of the liberation of South Vietnam and national reunification (April 30) and the 130th International May Day (May 1).

The highlight event of the series is the ninth Hue Festival 2016, to be held from April 29 to May 4 at Hue imperial city, Thua Thien – Hue province. 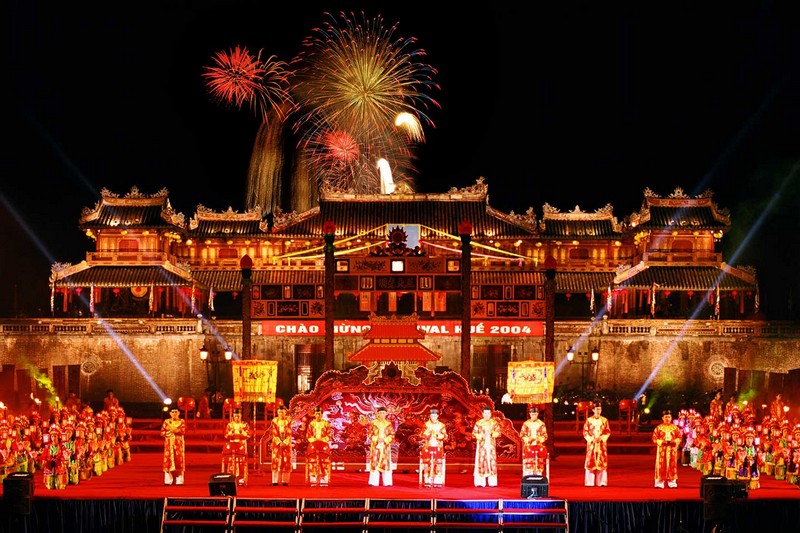 In Thua Thien Hue, the ninth Hue Festival 2016 will be organized on April 29-May 04 at Hue imperial city, Thua Thien – Hue province. The festival will bring to the stage artistic performances of Vietnamese and foreign artists across five continents, including France, Russia, the US, Denmark, Poland, China, Japan, Australia and Morocco.
In Da Nang, a sea tourism week will be staged at Bien Dong (East Sea) Park will be staged from April 29 to May 5.

Visitors to the programme are free to take part in sporting events, a fishing net weaving competition, a boat race, a kayak race, and underwater tug-of-war. A dance sport event, a flash mob performance, and a photo exhibition boasting Da Nang’s beauty will also be held during the programme.

A festival featuring revolutionary-themed songs is underway in Hoi An city, Quang Nam province. The local authorities have also made tours to offer incense and flowers to war heros martyrs at the city’s cemetery.