by Wanderlust Tips Team
with no comment
DestinationsEUROPE DESTINATIONS

Warsaw is a city with a turbulent past. Once Europe’s most beautiful city, the city was flattened in 1945. Warsaw has within the modernity of contemporary time, yet remains deeply traditional with its historical and architecture monuments. One will soon realize that Warsaw has anything that a tourist can possibly ask for: either you are an art connoisseur in search for finer things in life, or a heavy party-goer that wants to spend the wildest night ever, or an adventure enthusiast,…the list of exciting activities seems to never cease.

What is surprising about Warsaw is despite the name of many famous attractions, structures in the city are relatively new. Even the Old Town is newly rebuilt. This was due to the fact that most of Warsaw was flattened in 1945, and efforts to restore the city has been conducted ever since. It would be most interesting to see modern buildings like Złote Tarasy shopping center nestled with Sovet-era buildings like the Palace of Science and Culture, and all next to the rebuilt Warsaw Castle and the colorful Old Town. Let’s explore this interesting and glamorous fusion of Warsaw. 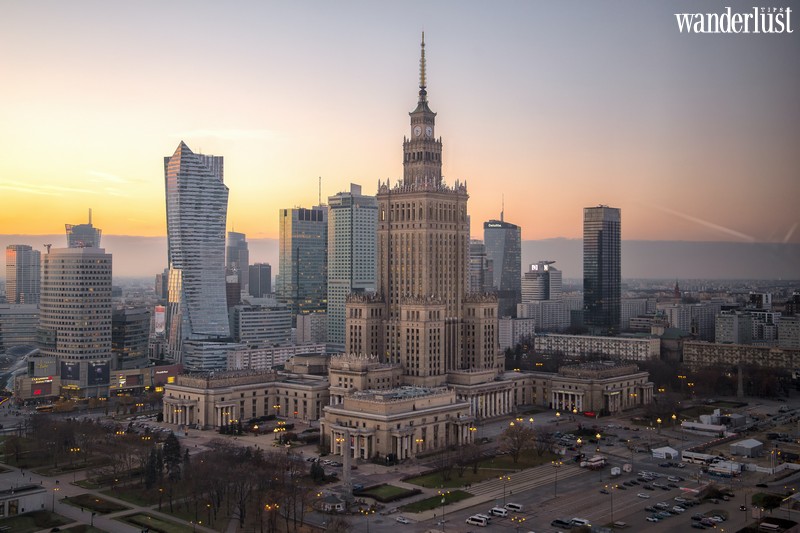 Without any doubt, tourists visiting Warsaw must visit Old Town first hand. Do as you please: it is also a square after all. Walking, biking, even hire a scooter to go around, depends on your preference. Make sure to visit some iconic highlights such as the Cathedral of John the Baptist and the famous Sigmund’s Column. After clearing your list of sites, rest assured that the place does not short of good restaurants, cafes and bars. 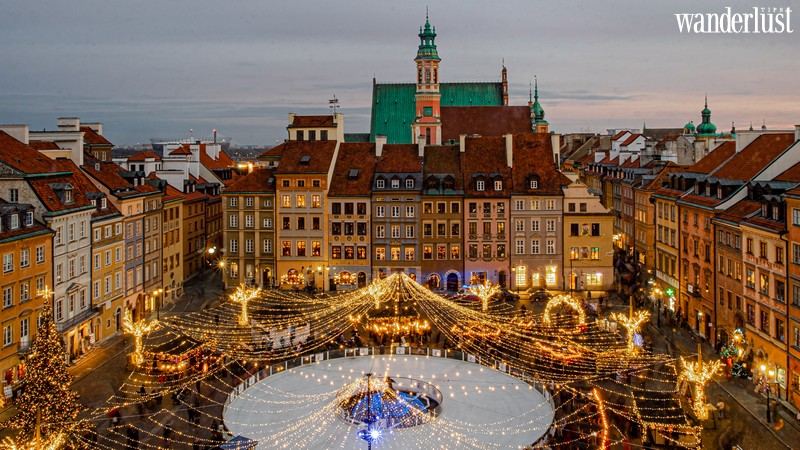 Łazienki Królewskie (otherwise known as Royal Baths Park to tourists) is a well-known complex of attractions. You can roam the ground and immersed in the stunning arts and structures, such as Lubomirski’s magnificent Palace of the Isle or the impressive bronze monument of Frédéric Chopin. 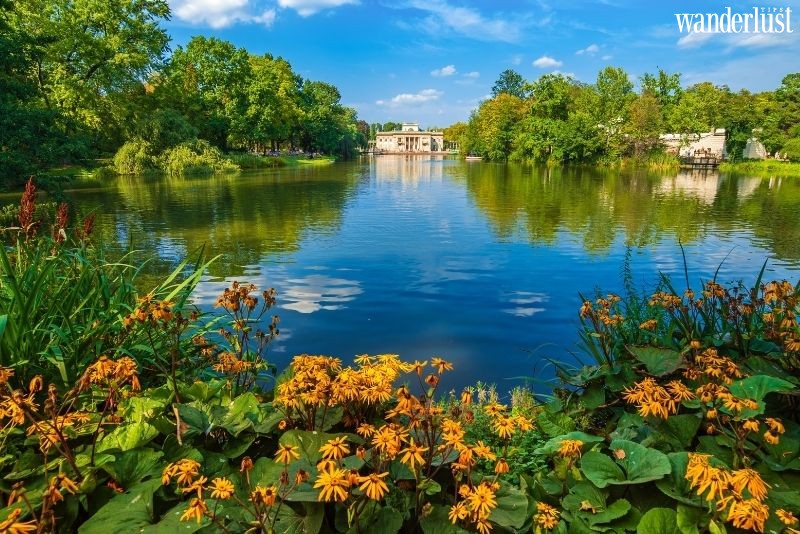 If you are a fan of royalties, then this is the place for you. Despite not being the original Royal Castle where great monarchs of Poland once ruled and was rebuilt, the castle is still filled with valuable cultural artefacts, with a collection of paintings from the 16th and 18th century by masters like Rembrandt, van Dyck, Joos van Cleve and Gainsborough. 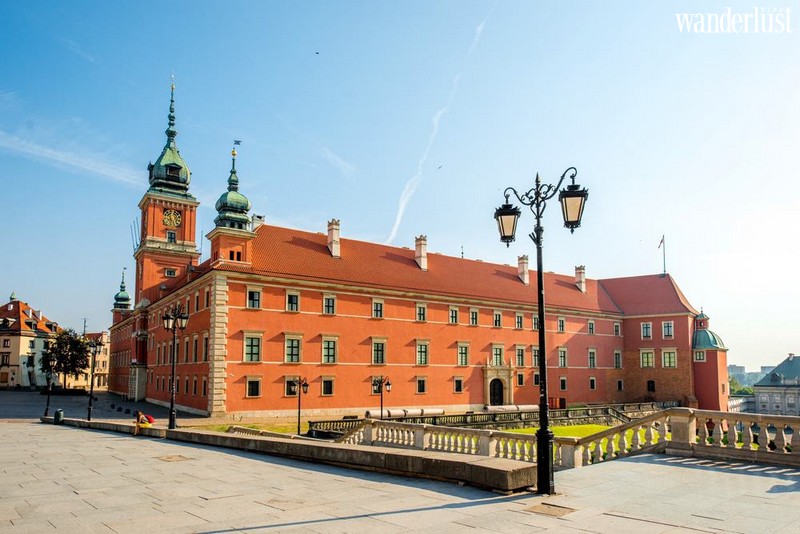 The palace is also situated on Royal Route, home to many more attractions, including: Royal Łazienki Park, Wilanów Palace and many more.

Palace of Culture and Science

With the origin of this enormous structure aside, the Palace of Culture and Science has been an ever standing symbol of the city, as well as an integral part of the city’s history. A 42-story building, with a complex internal constructions boasting four theatres, a multi-screen cinema, 3000-seat hall, and various public and private office, the building is the tallest building in Warsaw. One should visit it from 10:00 to 20:00, where the observation terrace on the 30th floor is opened for an impressive panoramic view of the city. 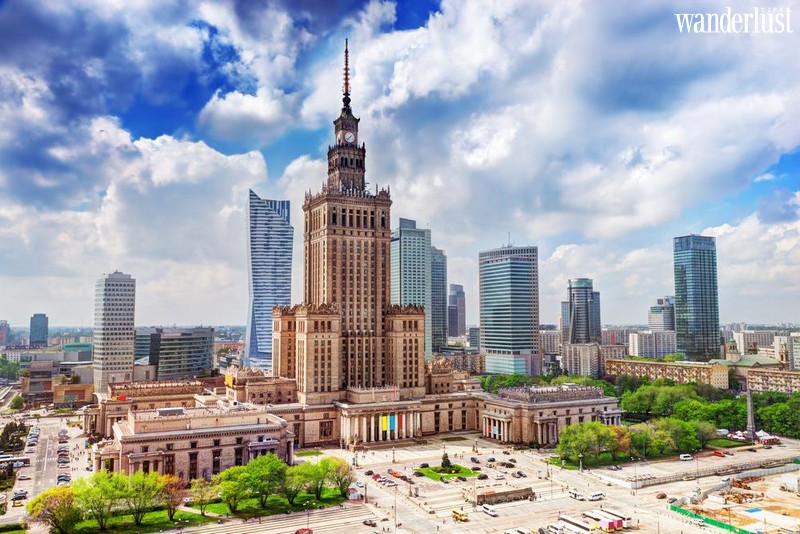 Science lovers, especially astronomy lovers cannot pass this impressive scientific center. The largest science museum in Poland and named after Poland’s greatest astronomer, Nicolaus Copernicus. Boasting over 450 interactive exhibitions, visitors can participate in science experiments and explore the laws of nature by themselves. It will be like a field day in a science class again! 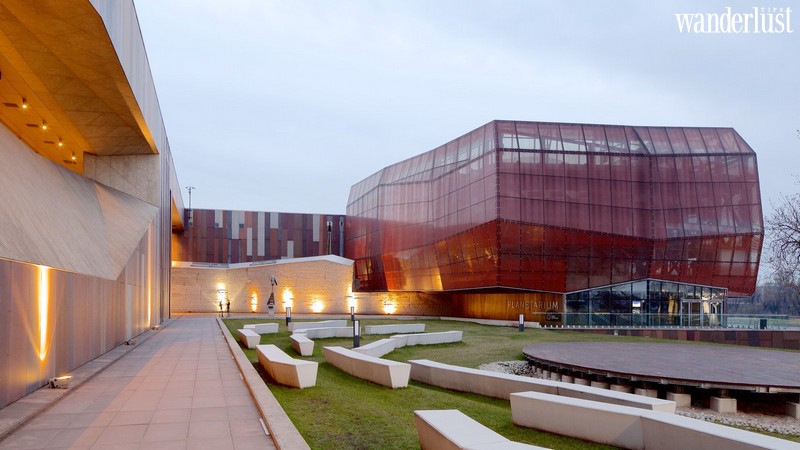 Arguably one of Warsaw’s best museums, visitors will be guided into an in-depth tour of the uprising of Polish in 1944 to take back Warsaw. With over 800 items, 1500 photographs and other types of multimedia spanning over 2000 square meters, the museum promises to bring you an experience like no other. 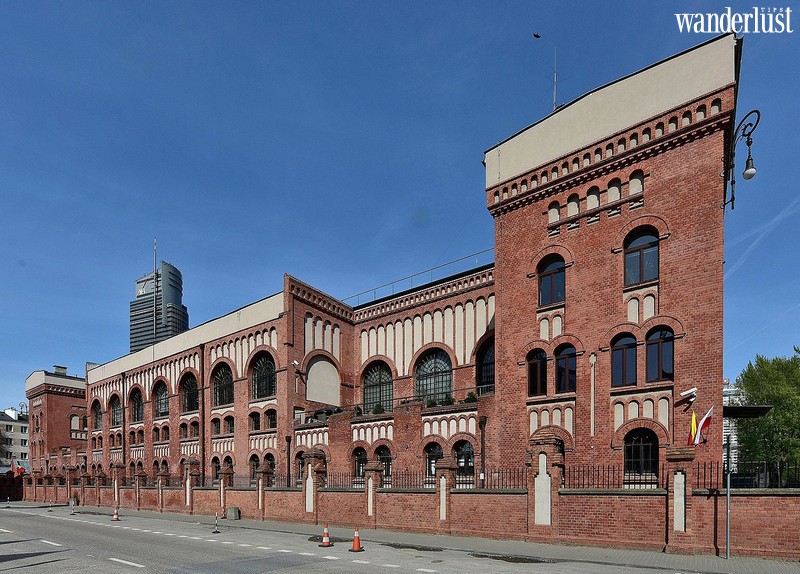 After an entire afternoon walking around the city, a trip to one of the largest roof gardens in Europe and embrace the stunning greenery can be a good end for the day. The garden is filled with all sorts of vegetation, with running streams and fish ponds, dotted by stone sculptures that cover a vast area of over a hectare. An escape from the bustling city, the garden is a great choice to blend in among nature. 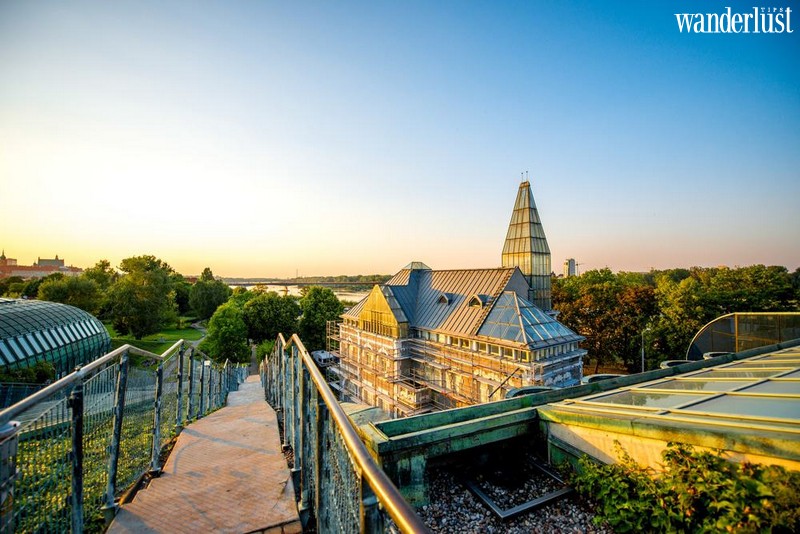