(#wanderlusttips #Chuyenmy #mosaic) Mosaic is ancient craft dating back hundreds of years. It has retained its unique appeal and in Vietnam the mosaic craft is most closely associated with Chuyen My. The region is home to a number of talented artists committed to the traditional craft.

Chuyen My is part of the greater Hanoi area and located by the Nhue riverbank. It is made up of a little cluster of villages where mosaics are being made, among them Chuon Thuong, Chuon Trung, Chuon Ha and Chuon Ngo. 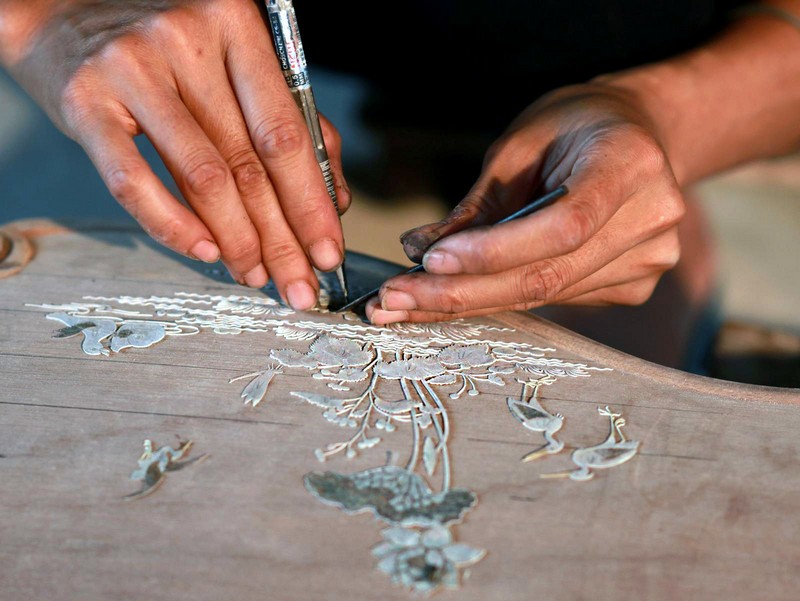 According to a Chuon Ngo village legend the art of mosaic developed in the area around the 11th century. The forefather of the craft worshiped in the village is Truong Cong Thanh – a general who was a skilled artisan and writer and one of Ly Thuong Kiet’s troops. The story has it that Truong Cong Thanh was one of the finest deputy generals in the king’s army. After fighting back invaders from the Ly kingdom, he was awarded a parcel of land by the king and spent the remainder of his life there. He travelled often and on one of his trips he happened upon a stream, glistening with colourful little shells. He brought them home and assembled them into gorgeous patterns. He continued developing the new craft and taught his fellow villagers. Other villages in the area took up the craft and the mosaic tradition has spread across the entire Chuyen My area.

During the times of the Tran Dynasty, mosaic skill developed to a sought after art. Mosaic artefacts were collected and offered as tributes to members of the Nguyen Dynasty in 1289. Old masters practicing the art in the Ngo area were called to the imperial capital Hue to create mosaic products for a succession of emperors including Nguyen Van Phu and Ly Muc. 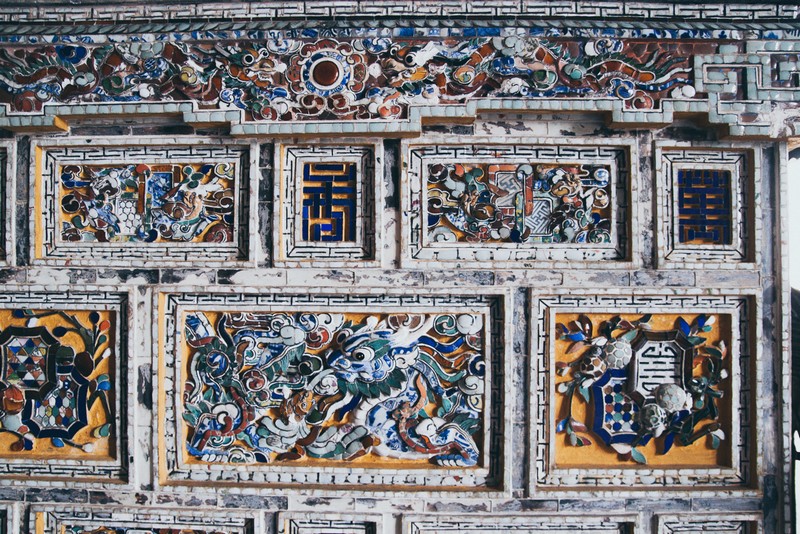 European merchants visiting Vietnam during the height of the mosaic trade considered the skill both sophisticated and clever and thought mosaic one of the finest forms of art. By 1868, the French were occupying the entire south of Vietnam and Governor De La Grandière asked the royal court of Hue to send him two of the best mosaic artists to Saigon to set up mosaic workshops and train people. Ten years later mosaic products made in Vietnam were sent to France to be presented at trade shows.

Seemingly useless shells were being transformed into some of the most sought after products of the time. The creativity and ingenuity of Chuyen My’s mosaic artists allowed them to form the most spectacular patterns and create highly sophisticated art displays. The craft does not merely require chiselling, sharpening and positioning the small components, there is a complex process involved in each mosaic product. For traditional artists the making of a mosaic is in itself a piece of art.

One of the most important stages in making a mosaic is “can xa cu”. That is to carve the outline of the final display into a piece of wood and arrange shells to form the desired patterns. The mosaic is then trimmed, polished, sharpened and in some cases further decorated with drawings. The sawing and carving of the shells requires great care and mosaic artists have to do this manually. 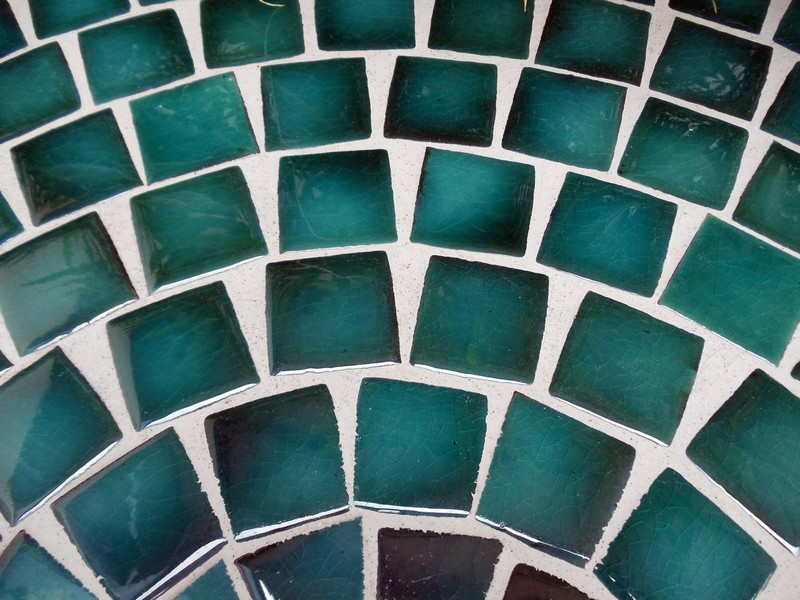 The shells used in mosaic are sourced in Vietnam or imported from Hong Long, Singapore or Indonesia. They come in unique colours and form. The thin, small ones are dark, white ones tend to be thick and mother of pearl shells have a thick iridescent layer on the inside shimmering in the colours of the rainbow. Snail shells sporting luxurious colours are also used to create pictures of mountains, phoenix and dragon wings or patterns in the costumes of kings and lords.

In the past, Chuyen My’s mosaic artists mainly created lacquered wall decoration and couplets for churches, pagodas and temples, or produced uniquely designed old cupboards and tables. Over time and through outside influences, the workmanship has gradually improved and diversified. Today’s mosaic artists produce evermore sophisticated and detailed pictures and products with diverse, delicate designs. 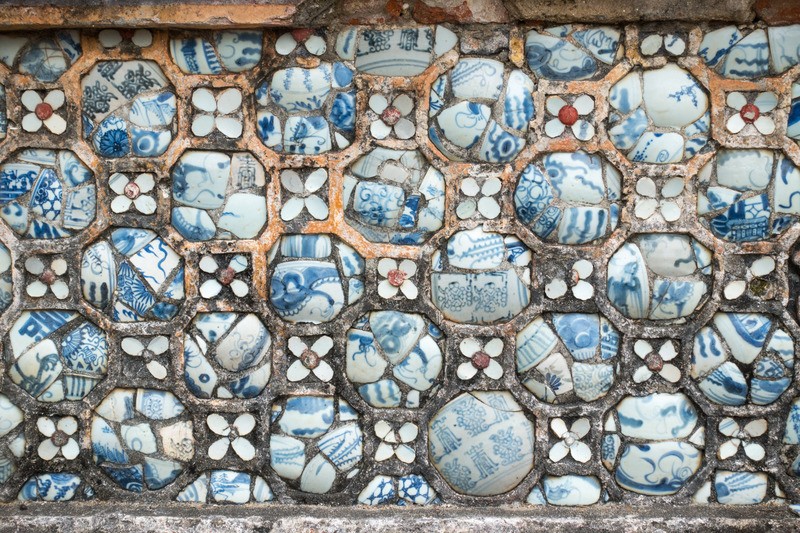 Though having been around for centuries the nation’s turbulent history has rendered the mosaic craft less and less popular. The true remaining mosaic artists working in the craft villages however are steadfast in their mission to preserve and develop the age-old tradition they inherited from their ancestors. With persistence and hard work artists in Chuyen My unceasingly continue to create mosaics and learn new techniques. A new generation of mosaic artists in Chuyen My’s villages take pride in merging their traditional craft with modern techniques and creativity to create stunning mosaic products. With their calloused hands and unwavering commitment to the craft they etch a distinctive feature into Vietnamese culture.