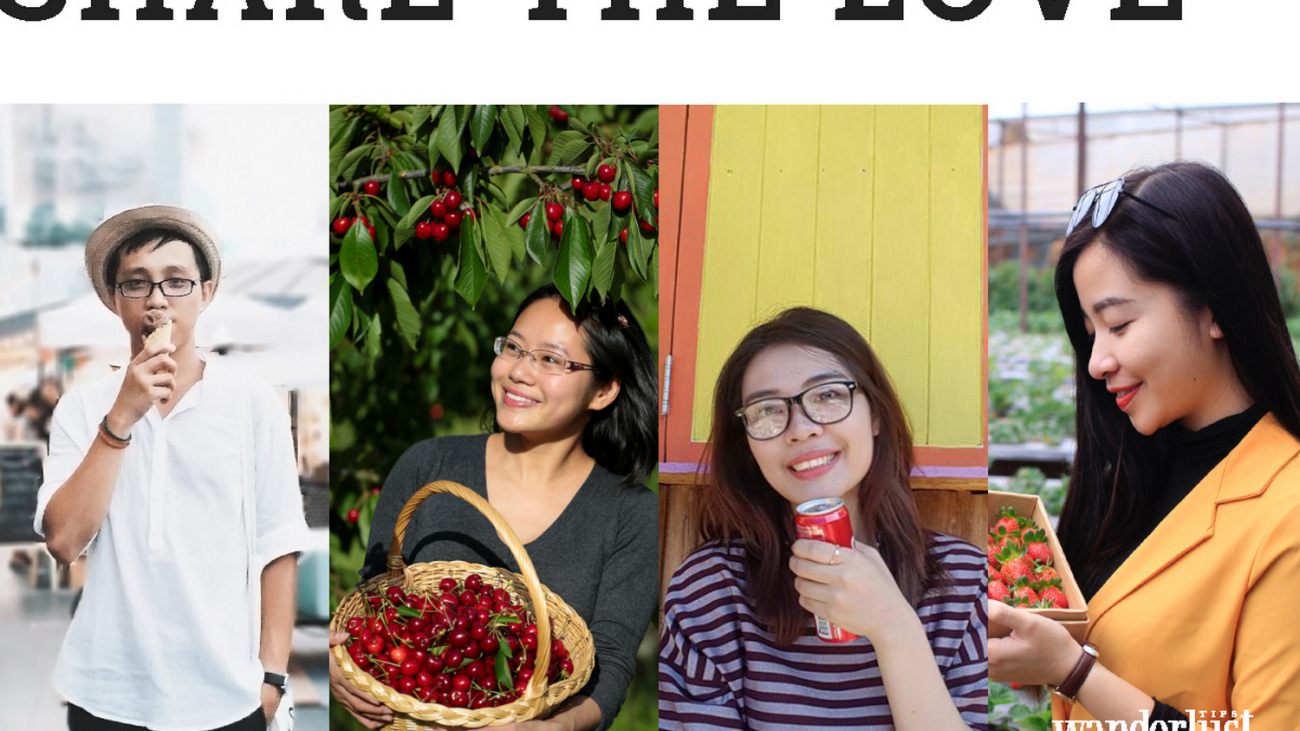 Street cuisine is as much a part of the local culture as the people and if you want to feel like a local your curiosity can pay off. Sweet or savory, small snack or full meal, the variety alone can be a draw for anyone adventurous whose on unfamiliar turf. 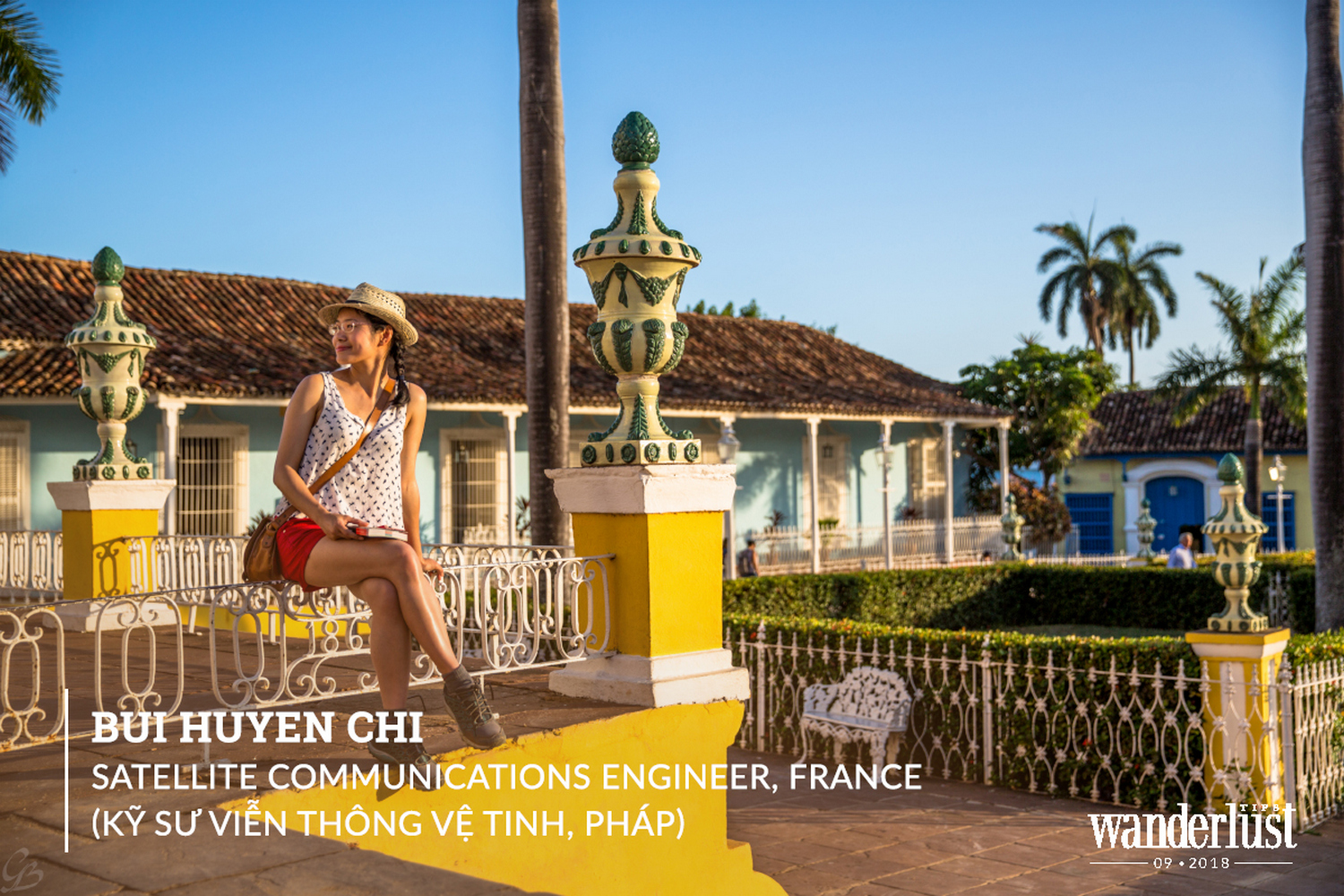 EXPLORE CUISINE IS TO LEARN ABOUT CULTURE OF A COUNTRY

I was born in a family that shares a passion for travel, so travelling is always in my blood. Till now, I have visited 40 nations, most of which are in Europe. Every year, I also try to spend time exploring other famous destinations like Cuba,Morocco, Jordan, and Israel.

Having travelled to many countries, besides Vietnamese cuisine, I have a true fancy for French food, maybe because France is where I am currently living and working. France is known to have a diverse culinary; all the senses are aroused when we enjoy the food which is not only delicious but also fragrant and beautifully decorated. The French are picky when choosing drinks that are suitable for different kinds of food and mealtimes. They will use different kinds of wine for apéritifs, main course, and dessert.

Besides food, drinks are another strong cultural aspect of a country. When in Cuba, a Cuban cocktail is what you need while listening to the local vibrant and passionate melodies, sensing the intercultural intersection of Africa and Europe in this land.When in Jordan, sitting with the nomads and enjoying a cup of black tea mixed with the thyme that grows wild in the desert,we will understand more about the sincerity and hospitality of the local people and their country. 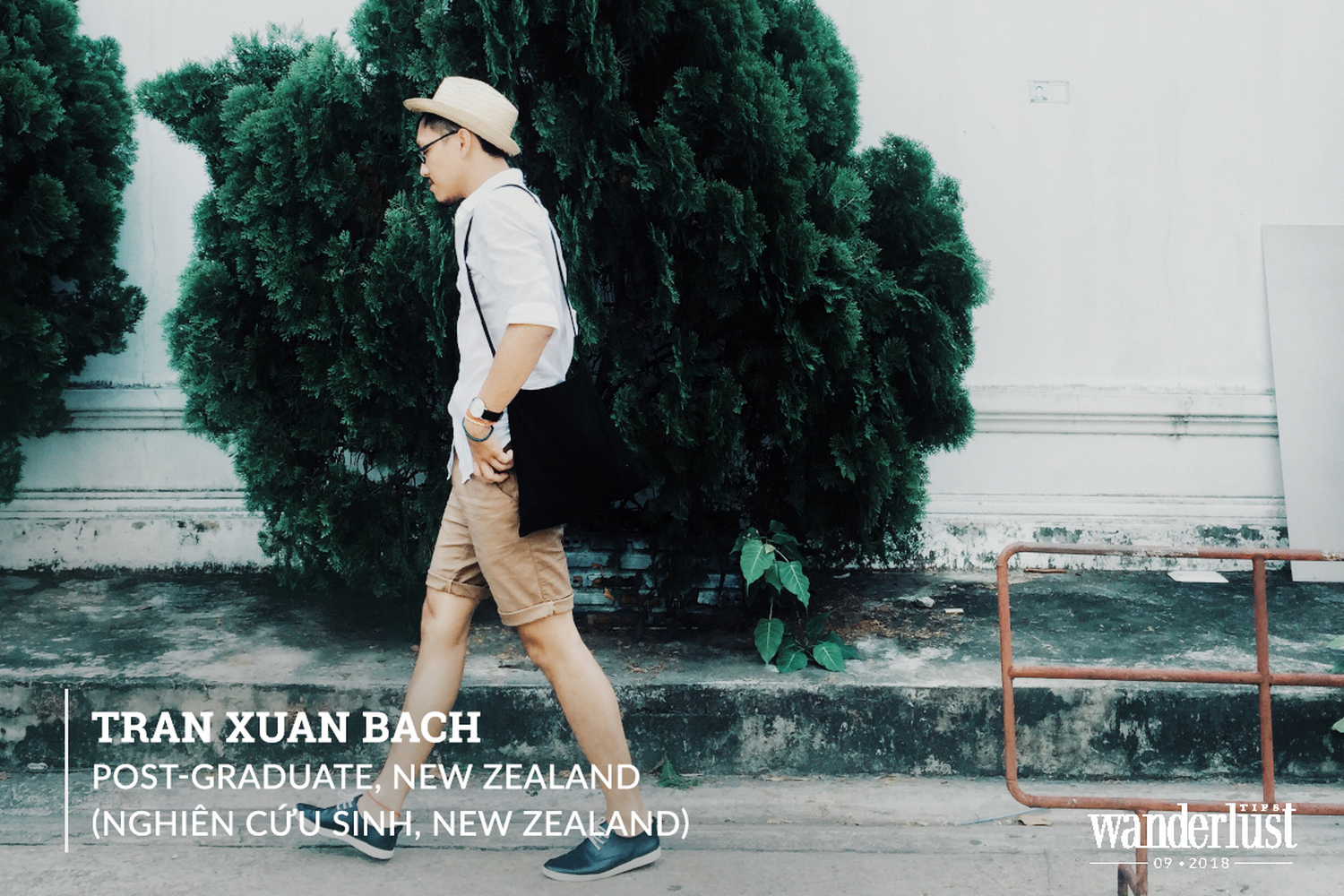 MELBOURNE IS THE LAND OF MANY CULINARY CULTURES

Every country I have travelled to left me with different impressions, but when talking about food, Melbourne (Australia) stays in my mind as the most impressive country.I have lived in Melbourne for such a long time that it seems to be my second hometown. Also, it is the place where I started my career of researching about food culture, so it has left me with so many memories. In my mind, Melbourne is the land of many culinary cultures, from the East to the West,from the North to the South. Each region features its own distinctive cuisine characteristics. In Sunshine, Footscray, and Springvale where the Vietnamese live, you can find many kinds of Vietnamese food, even balut (food). In Fitzroy,where Italians live, there are many Italian restaurants and famous cake shops. Or St. Kilda is where people create the most unique cuisine; you can find an abundance of amazing food. Melbourne is the original place of Australian coffee, and I am really into coffee.

I lived in Australia for 5 years and in New Zealand for nearly 2 years; therefore, I have acquired quite a lot of knowledge about New Zealand’s cuisine. Though New Zealand’s food is not as diverse as Australia’s, people there often useing redients originated from natural products. New Zealand’s lamb is held in high esteem throughout the world, while Bluff oysters have earned a reputation as some of the finest in the world. In addition, Pāua is not only delicious and nutritious, but its shell is also considered the most beautiful in the world. New Zealand’s wine is well-known for its special and distinctive flavours. 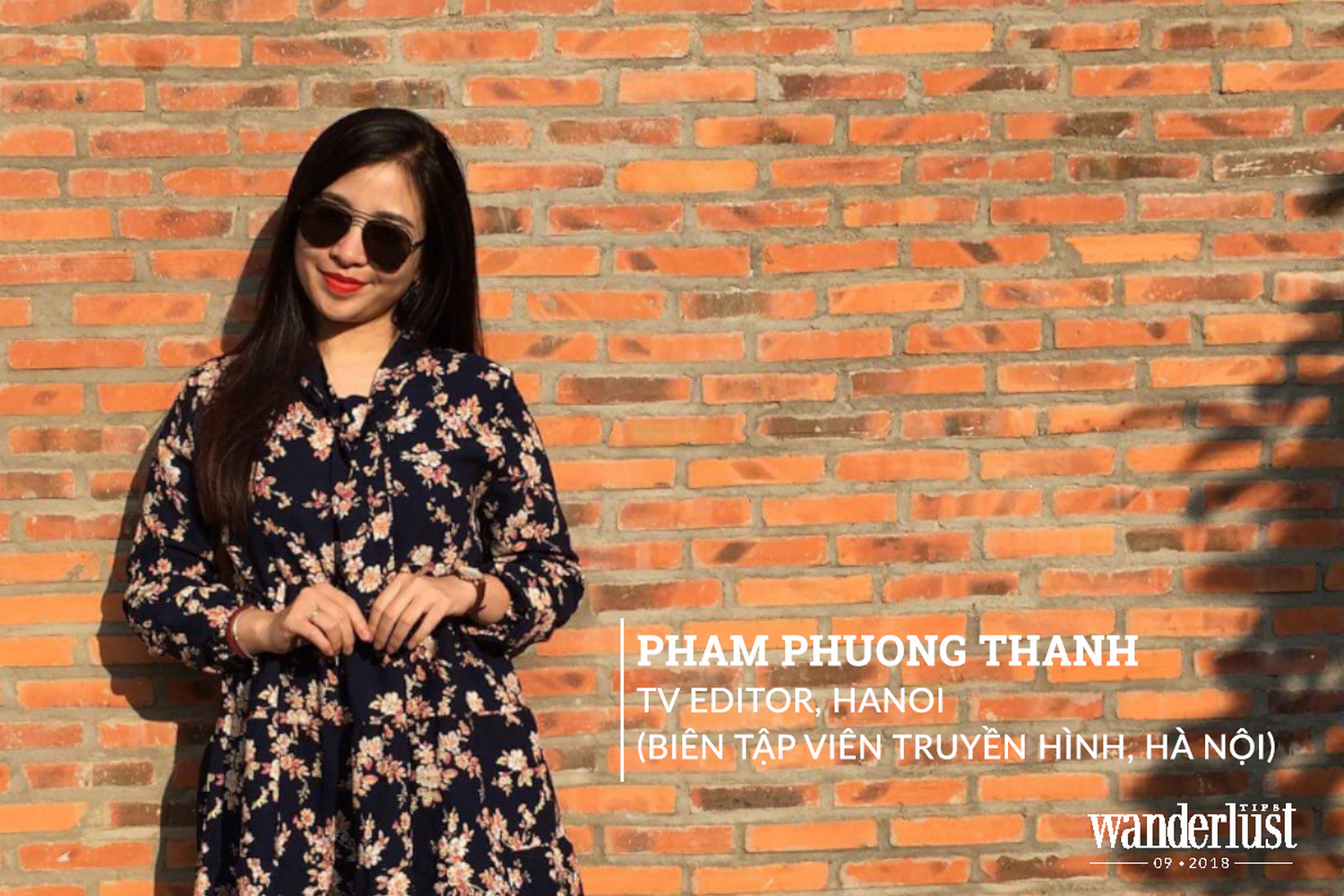 Working as a journalist and having a strong passion for travelling, i have visited many provinces in Vietnam. Among all of the destinations i have travelled to, da lat is the place that has brought me the most interesting experiences and left me with the deepest memories. Early this year, my close friends and i travelled to da lat; it was the first time i came to the city of thousands of flowers and poetic Xuan Huong lake.

Da Lat amazed me from the first moment i came to by its fresh air, hospitable people, and diverse cuisine. Until now, i still feel great nostalgia for da lat, i miss the hot soy milk, sweet-smelling grilled corn, and spicy crispy girdle-cake at the street vendors in da lat. I still remember the fresh strawberries. I picked in an organic garden and the BBQ party with my beloved friends at a pretty homestay. They were such beautiful memories; a sweet feeling comes into my mind whenever those memories flood back.

I am pretty sure that those who visit da lat will have nostalgia for it when leaving. And i want to tell those who have not been there that: “while you are still young and enthusiastic, do not hesitate to take your bag and go to Da Lat”. 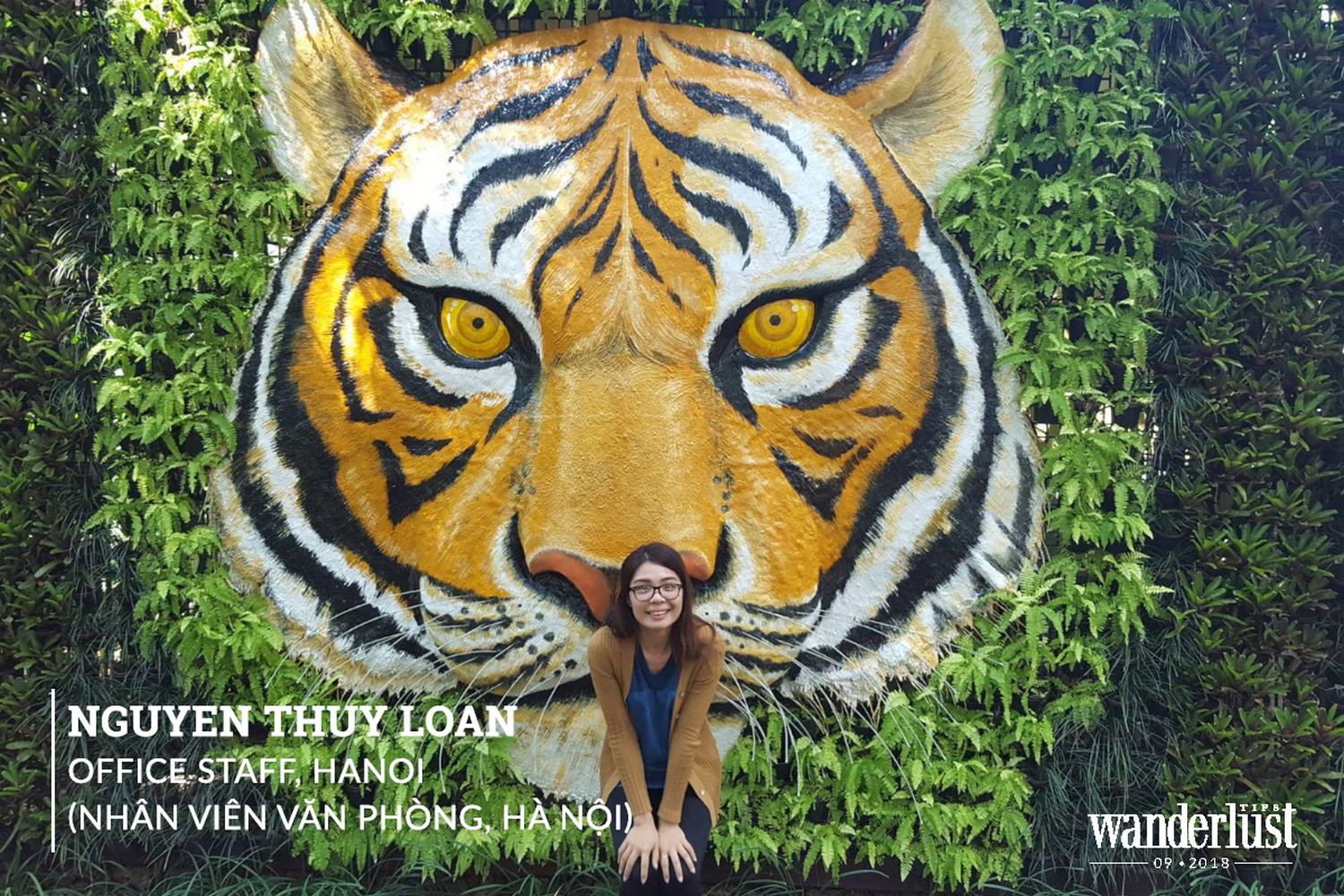 WHEN IN BANGKOK, YOU REALLY SHOULD TRY STREET FOOD!

Bangkok is a paradise of street food, which is tasty and cheap. I was really fascinated by the array of street food stalls and vendors along the road. The food attracts visitors by its diversity of ingredients, decoration, and appealing flavours. Above all, it is sold on the streets, so it is very easy to find and enjoy the food.

Familiar yet exotic, it was the first feelings that arose when I enjoyed Pad Thai. Though being an ordinary street food, it is also considered as the symbol of Thailand. The blended flavour of fresh peeled shrimp, bacon, chicken,boiled egg, and different kinds of vegetables (bean sprouts, bok choy, Gai lan, or broccoli) makes this dish stand out among various kinds of Thai cuisine. Up to now, Pad Thai is not only a favourite food in Thailand, but has also become popular in many countries in Asia.

In general, Pad Thai and many other street foods in Bangkok feature simple yet elegant and strong flavours of the Eastern culinary culture. Visitors can feel the familiar tastes of their hometown when enjoying Thai dishes, and it is one of the reasons why Thai cuisine has become so famous in Asia.