If you’ve been following any of the various lists of “top destinations you need to visit in 2016,” then chances are you’ve seen Taiwan at top the list. That’s why I decided to take my parents there, even though I travel solo most often. Predictably, they still have not stopped talking about how amazing Taiwan is since we’ve returned home. Taiwan, for many reasons, is truly a bucket-list worthy travel adventure. 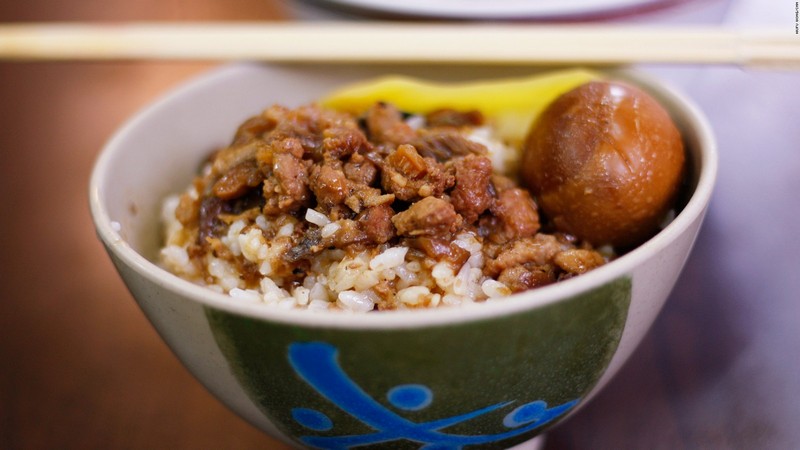 From exotic yet delicious tropical fruits that quench your thirst to amazing street food that serves you on the run, Taiwan does not fail to impress with its never-ending supply of unbelievably good eateries, literally, everywhere.

You don’t have to be a foodie to appreciate mouth-watering Taiwanese cuisine. Street food is where the city truly excels, ranging from grilled squid to fried chicken to oyster omelettes, from stinky tofu to beef noodle soup. 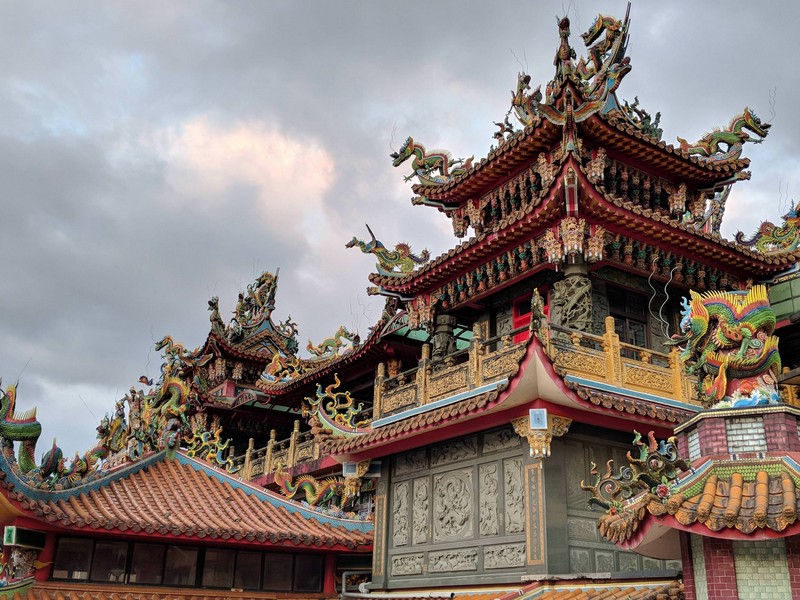 Taiwan is a primarily Buddhist country, and it has more than 5,000 temples, ranging in size from single room shrines to vast multi-story complexes. All of these temples are not simply museums or relics of bygone era, but active places of worship. Some of them are located in the middle of mountain ranges, offering a stunning view of the Taiwan landscape. Taiwanese people worship a variety of deities, so you will often see many different statues of gods and goddesses in the temples.

Don’t miss Xingtian Temple, which is dedicated to Guangong, the god of war and martial arts. Visiting Longshan Temple, one of Taipei’s oldest, was an awesome experience, watching people chanting and praying, and smelling the incense in the air.

We are stunned by Chinese architecture, the rainbow of colours on the roofs, and the most awesome looking dragons and wise men decorating the temples. The oldest temple in Taiwan is in Makung, in the Pengu Islands, and has been in existence for over 300 years. 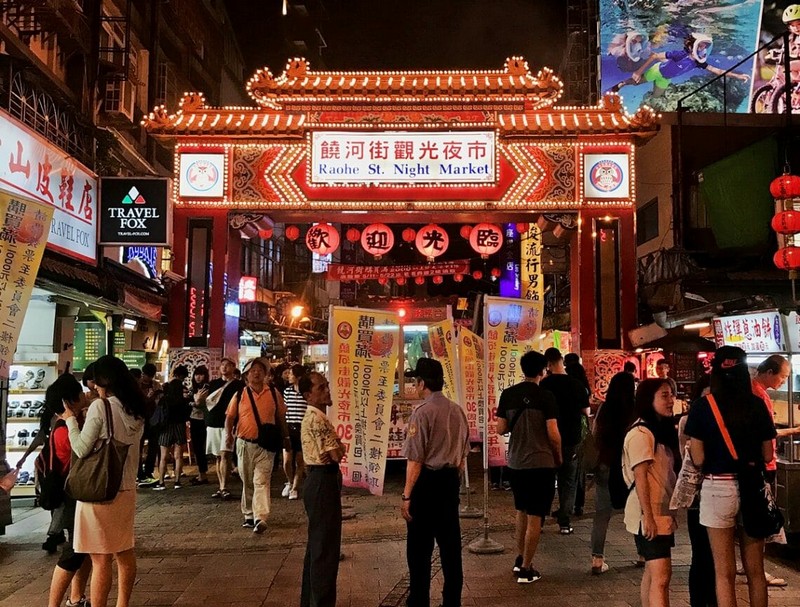 A trip to Taiwan isn’t complete without a visit to one of its famous night markets, a gathering place for tourists and locals alike. In addition to cheap bargains, Taiwan’s night markets are vital destinations to experience some of the country’s best small eats.

It is good to have a Taiwanese friend by your side to help explain what everything is. However, sometimes not knowing what you are eating is more fun! Night markets can be found in every town, and in major cities like Taipei, there are literally dozens! A few that I can recall include Shilin, Rao He Night Market in Taipei, Fengjia in Taichung, Huayuan in Tainan and Liuhe in Kaoshiung. 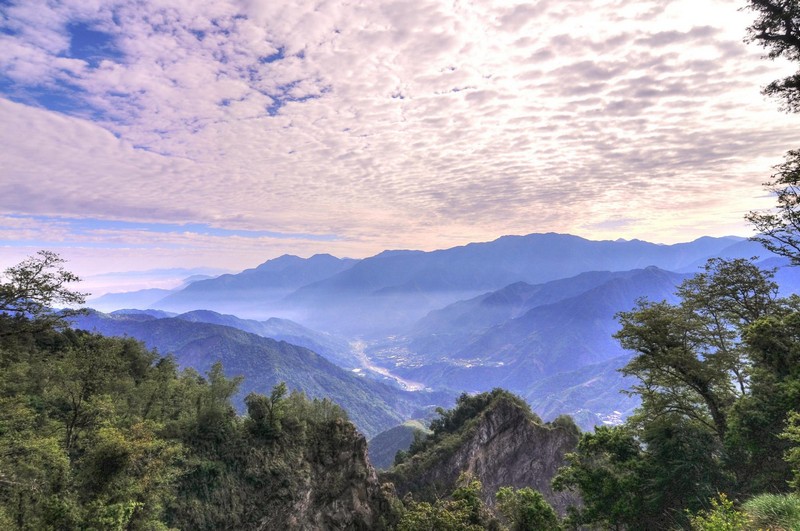 Taiwan is endowed with steep mountain ranges; therefore, great altitude differences occur throughout the island. The mountains mostly run from north to south.

One of most outstanding sights I witnessed in Taiwan is a roadside view of Hohuansan (“Harmonious Happiness” Mountain), from northern Chiayi County. Get up early enough on a clear morning and you will be greeted with views that turn Taiwan’s mountain scenery into glimpses of what might be called “paradise.”

And when the wildflowers are blooming across the meadows and valleys, mountain tourist designations in Nantou, Taichung, Hsinchu, Hualian, Yunlin, and Chiayi counties are full of vivid colours and plants and flowers that you’ve most likely never heard of or even seen before.

Taipei 101 – An Icon of Modern Taiwan 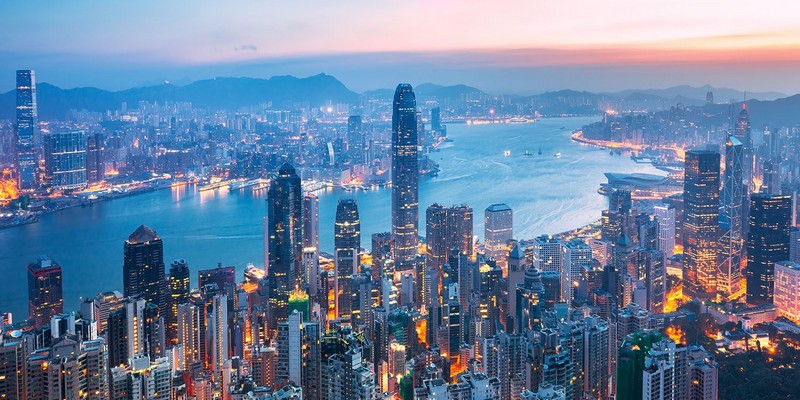 Taipei 101 is a landmark skyscraper located in Xinyi District, Taipei, Taiwan. The building ranked officially as the world’s tallest from 2004 until the opening of the Burj Khalifa in Dubai in 2010. Fireworks launched from Taipei 101 feature prominently in international New Year’s Eve broadcasts and the structure appears frequently in travel literature and international media.

For me, traveling is about learning the culture. There are many celebrations of aboriginal culture in Taiwan. Taiwan’s original inhabitants belong to Malaya-Polynesian ancestry. There are a total of 12 aboriginal tribes in Taiwan: Amis, Atayal, Bunun, Kavalan, Paiwan, Pinuyumayan or Punuyumayan, Rukai, Saisiyat, Thao, Truku, Tsou, and Yami. Each tribe has its own respective language, manners, customs and tribal structure.

Aboriginal people can be found almost everywhere in the mountains or along the East Coast. Each time you enter a village adorned with colourful geometric patterns or with a church – aboriginals are mostly Christians – you can be sure you are on aboriginal land. 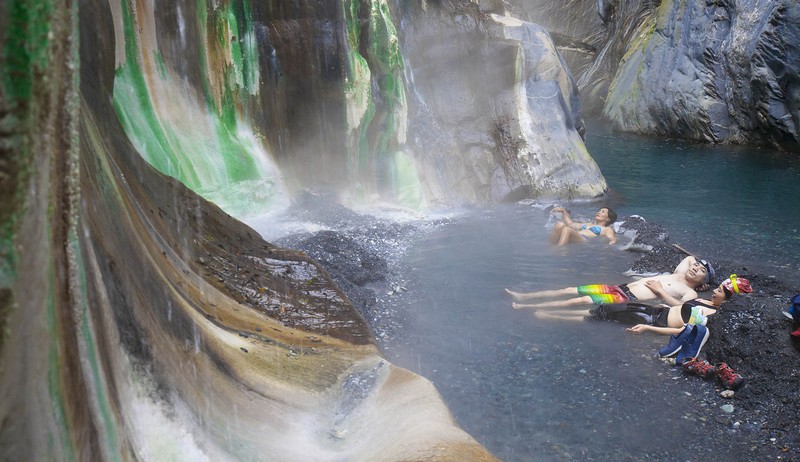 One of the most popular things to do in Taiwan is to immerse yourself in a hot spring with rich water that isn’t commonly found anywhere else in the world. If you’re surprised that Taiwan has hot springs, you might be interested to learn that it actually has one of the highest concentrations and greatest variety of hot springs in the entire world. There are over 100 hot springs in Taiwan and a few spots that offer stunning mountain scenery and nature as well.

Taiwan’s location next to an oceanic trench and volcanic system has allowed for an environment that produces hot springs naturally. The hot springs are also believed to raise energy levels while possibly treating chronic fatigue, eczema, and arthritis. The neighbourhood of Beitou is one of the best spots to enjoy both public and private hot spring baths. If hot springs are separated by gender, most people will opt to bathe nude.

My parents and I agreed that the Taiwanese are some of the most kind and generous people we’ve ever met. Taipei is an extremely safe city, and the locals are always more than willing to ensure you have a trip to remember. Don’t be surprised if asking for directions results in someone actually escorting you to your destination, or if making small talk at dinner leads to sharing beers long into the night.

The Taiwanese are so friendly that it’s almost off-putting. After traveling through Japan and Korea, we had gotten used to people welcoming us into their store or restaurant, or trying to help us if we asked for directions. In Taiwan, though, people would help us without needing to be asked, going out of their way to see that we did not have any trouble. We were regularly blown away by their kindness, which was all the more shocking due to the precarious situation of their quasi-nation. 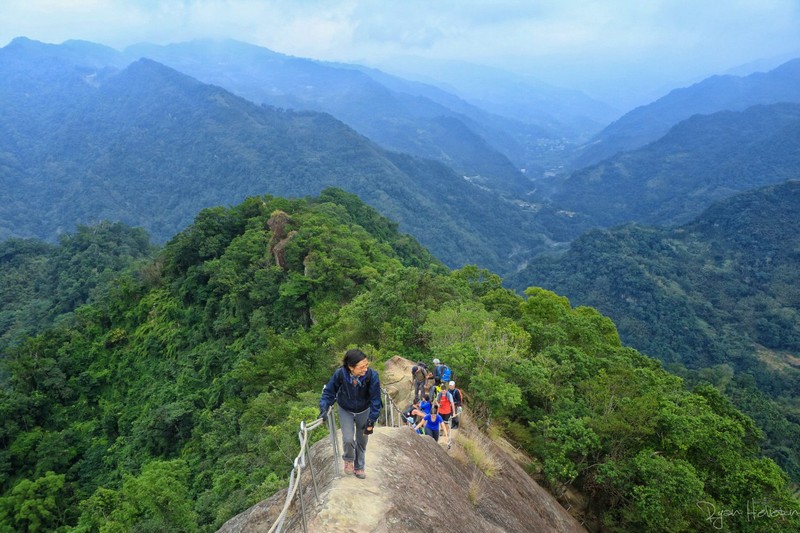 It would be a shame to miss out on the stunning natural attractions just outside of the city. Taiwan, especially the northern half, has scores of outrageously good day hikes, most of which are free of such irritating hassles, and there are enough hikes of all grades to satisfy all but the most demanding of hikers. Long Dong is world-renowned for its rock climbing on dramatic cliffs that tower above the ocean. Alternatively, head to Teapot Mountain or Yangmingshan National Park for excellent hiking opportunities.

Taiwan’s finest hiking is in its astonishing high mountains, but with a very few exceptions (the peaks of Hohuanshan and the Southern Three Stars, which are still out-of-bounds over half a decade after Morakot destroyed the road leading to the trailheads).

The Memorials and National Museums

To view the world’s largest collection of Chinese art, head to Taipei’s National Palace Museum. Some of the museum artefacts date back thousands of years, including Buddhist pieces inherited from the Forbidden City. Most of the collection is high quality pieces collected by China’s ancient emperors. In 2008, it was the 15th most visited museum in the world. The National Palace Museum houses the world’s largest collection of priceless Chinese art treasures and has a permanent collection of over 650,000 pieces of ancient Chinese artefacts and artworks, making it one of the largest in the world.

Visit the stunning Chiang Kai Shek Memorial to see the National Theatre and National Concert Hall, and then climb the steps to the colossal statue and tribute to the late Chiang Kai Shek. Additionally, drop by the Sun Yat Sun Memorial to view the changing of the guard and learn more about the man considered founder of modern China.