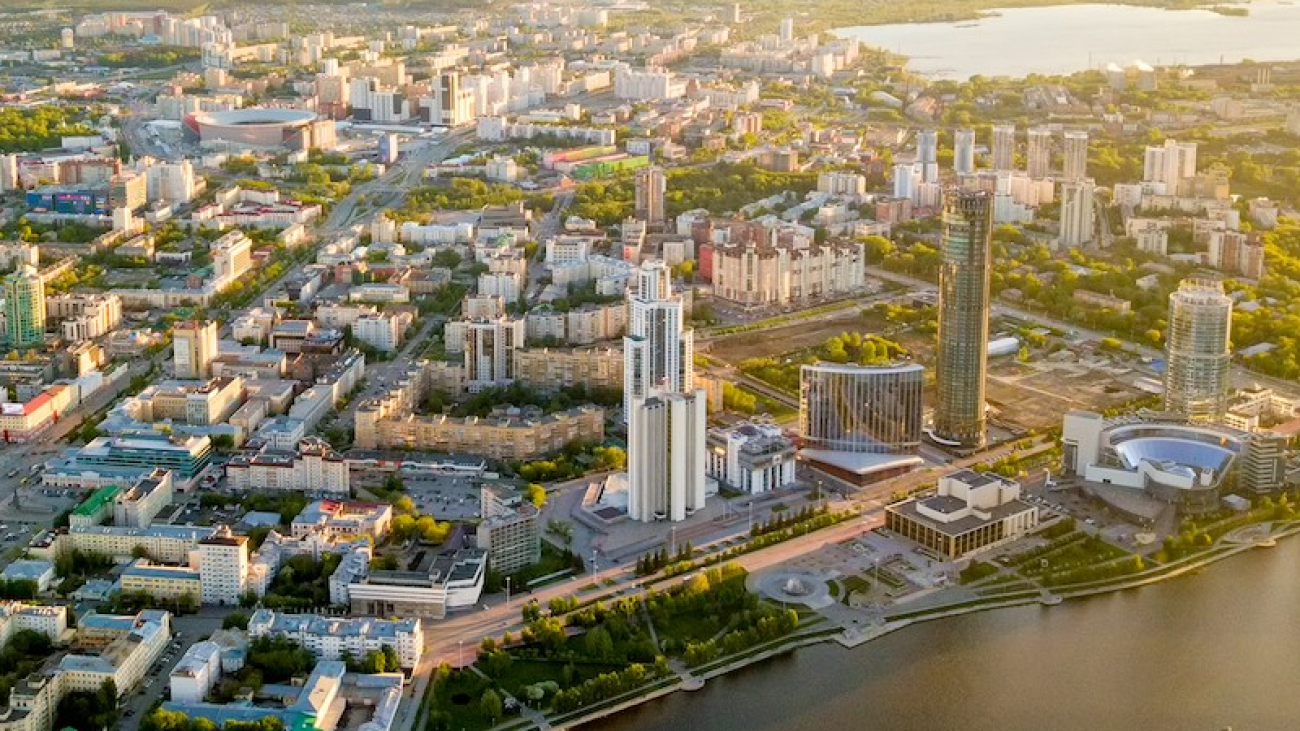 Located on the continental border between Europe and Asia, Yekaterinburg city surprises visitors with its impressive industrial development and historical and cultural imprints, oozing from every building and street corner.

Our group visited Yekaterinburg (or Ekaterinburg) – one of the largest financial and economic cities in Russia on dazzlingly sunny days in May. In addition to its economic development, this beautiful city also has enormous potential for tourism, taking the leading position for the “must-see” destination in Russia. Visitors can find everything from traditional historic buildings, prestigious museums, exhilarating theme parks, unique street art, recreational shopping areas and delectable cuisine. 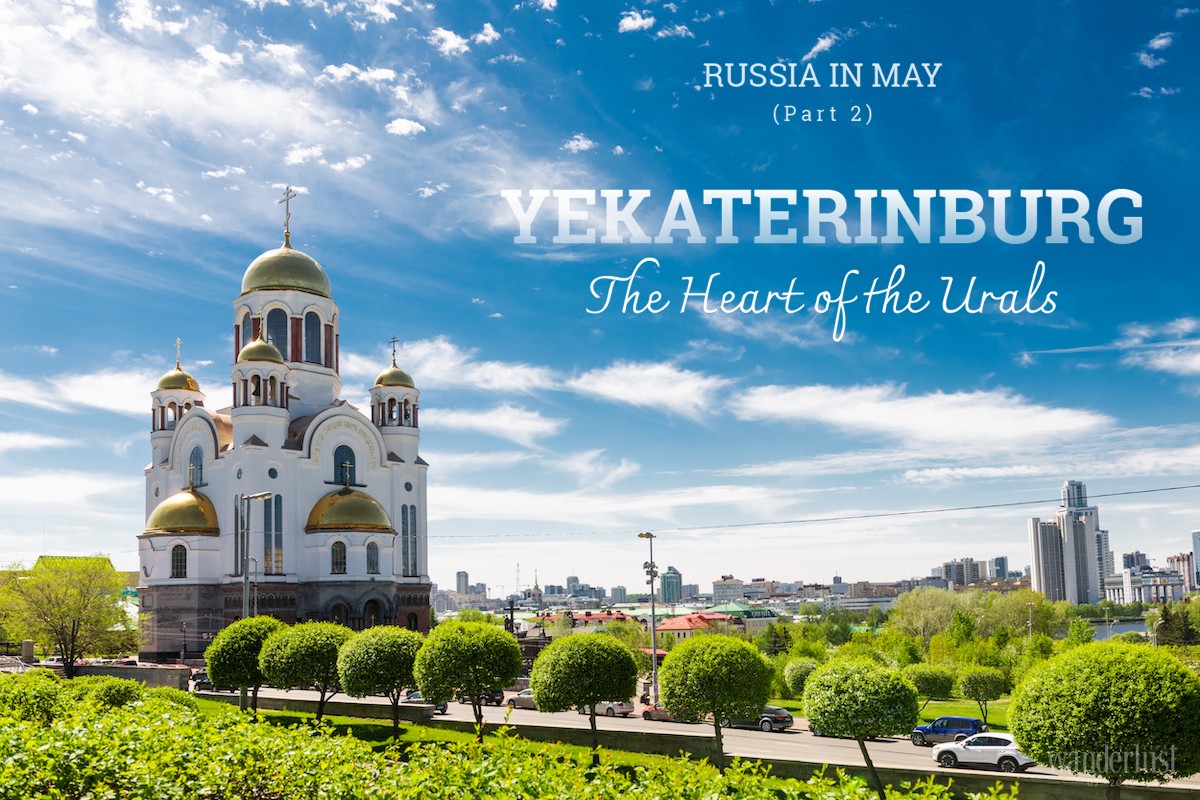 STEP OVER THE EURASIAN BORDER

Among the countless impressive truths about Yekaterinburg, one of the most notable things to mention, is its special geographical location. The Ural Mountains of Russia and Kazakhstan stretch 2,500km from the Kazak Steppe and run along Kazakhstan’s northern border to the Arctic Ocean coast. It is considered a natural boundary dividing Asia and Europe. Located in the Eastern side of the Ural Mountains, Yekaterinburg is the thoroughfare to this unique Eurasian border. A monument marking the geographic border of Europe and Asia was built in 1873 and is located about 10km from Yekaterinburg City. Its pillars of crimson marble are 25m high and weigh a staggering 500 tons. After being built, this boundary monument has become a significant destination visited by a huge number of tourists whenever they visit Yekaterinburg. 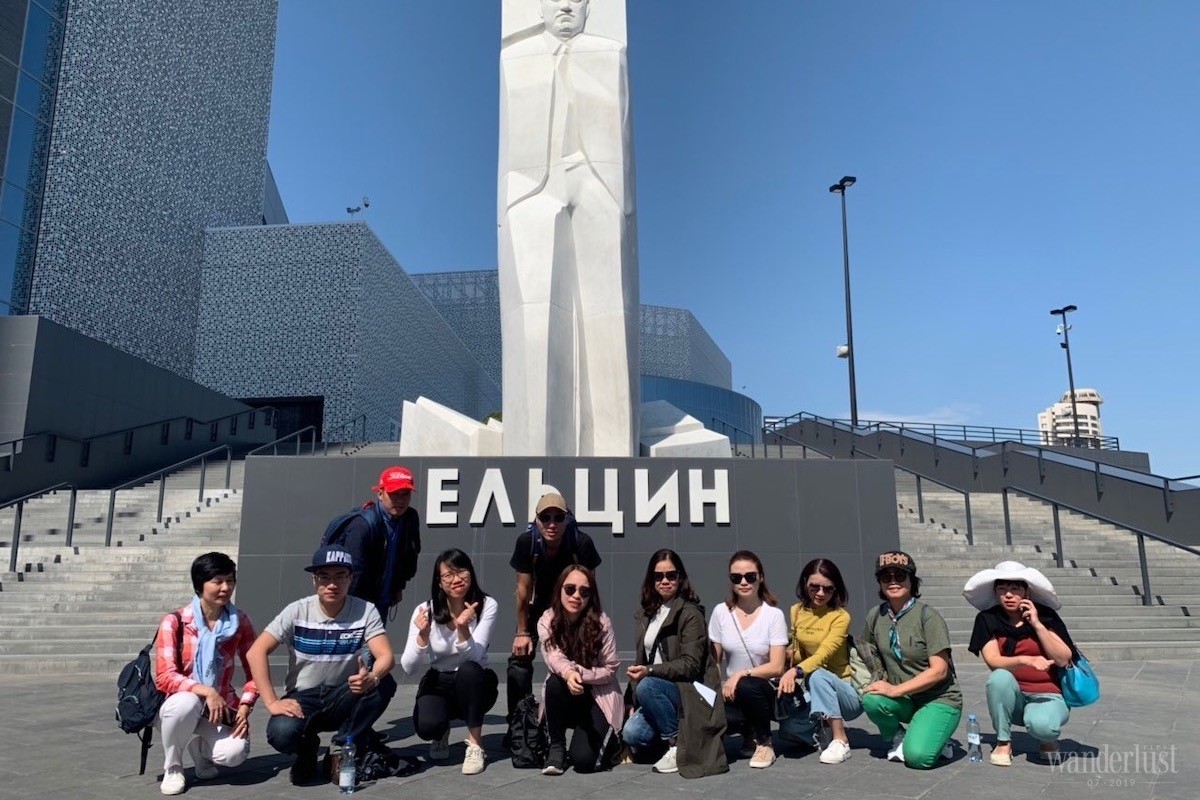 It is undeniable that the easily accessible geographic location of Yekaterinburg has had a positive effect on the development of the city. The main transport routes from Central Russia to Siberia were also built running through Yekaterinburg, including the famous TransSiberian Railway – one of the longest railways in the world running from Moscow to Vladivostok across the Eurasian continent. This railroad line, completed on July 21, 1904, has completely changed the previously inconspicuous Siberian land.

Up to now, Yekaterinburg has been both the capital of Sverdlovsk Oblast and the main industrial and cultural centre for the Ural Federal District, encompassing many offices of transnational corporations, foreign companies’ branches and federal and regional financial institutions. Yekaterinburg has taken its place as one of the fastestgrowing cities in the country and the fifth-largest city in the Russian Federation (by population statistics in 2002).

REMNANTS OF A BLOODY HISTORY 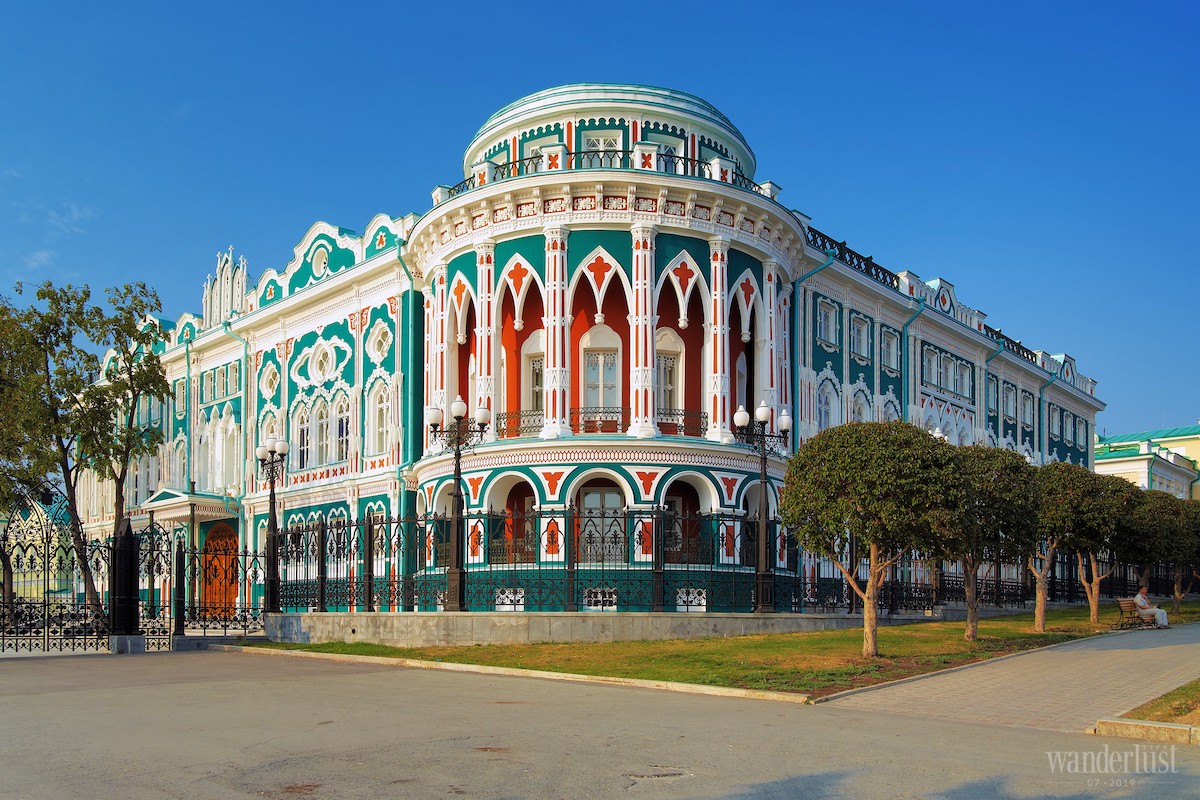 In addition to its spectacular development, Yekaterinburg is also a witness to the nostalgia related to the Russian Imperial Romanov family. Located on the banks of the Iset River in Yekaterinburg, the Church upon the Blood, also well known as the “bloody” church, is a historical attraction that marks the horrifying events surrounding the tragic execution of the last Tsar of Russia and his family.

After the Russian Revolution, the Russian Imperial Romanov family, Tsar Nicholas II, his wife, Tsarina Alexandra and their five children Olga, Tatiana, Maria, Anastasia, Alexei and all those who chose to accompany them into imprisonment – notably Yevgeny Botkin, Anna Demidova, Alexei Trupp and Ivan Kharitonov, were shot to death by Bolshevik revolutionaries at Ipatiev House in Yekaterinburg on July 17, 1918. Their bodies were thrown down a mineshaft before being burned and buried, while other members of the Romanov family were also executed. A total of 18 people in the Russian royal family and their loyal servants were murdered by the Bolsheviks in the bloody massacre in 1918.

In 1977, Ipatiev House was demolished by Boris Yeltsin’s order, to prevent it from being used by the royalist faction, this was until the year 2000, when the Russian Orthodox Church announced the canonization of the last Russian Tsar, giving him the title Saint Nicholas the passion-bearer. Along with Ipatiev House where the Romanov family was murdered, the Church on the Blood with a total area of 3,000sq. m was built to commemorate the innocent victims. The building was designed uniquely in a Russian-Byzantine style, the upper part is a religious area, and the lower floor is a museum. According to architects, the church symbolizes a strong connection to the era and the revival of the Orthodox tradition. 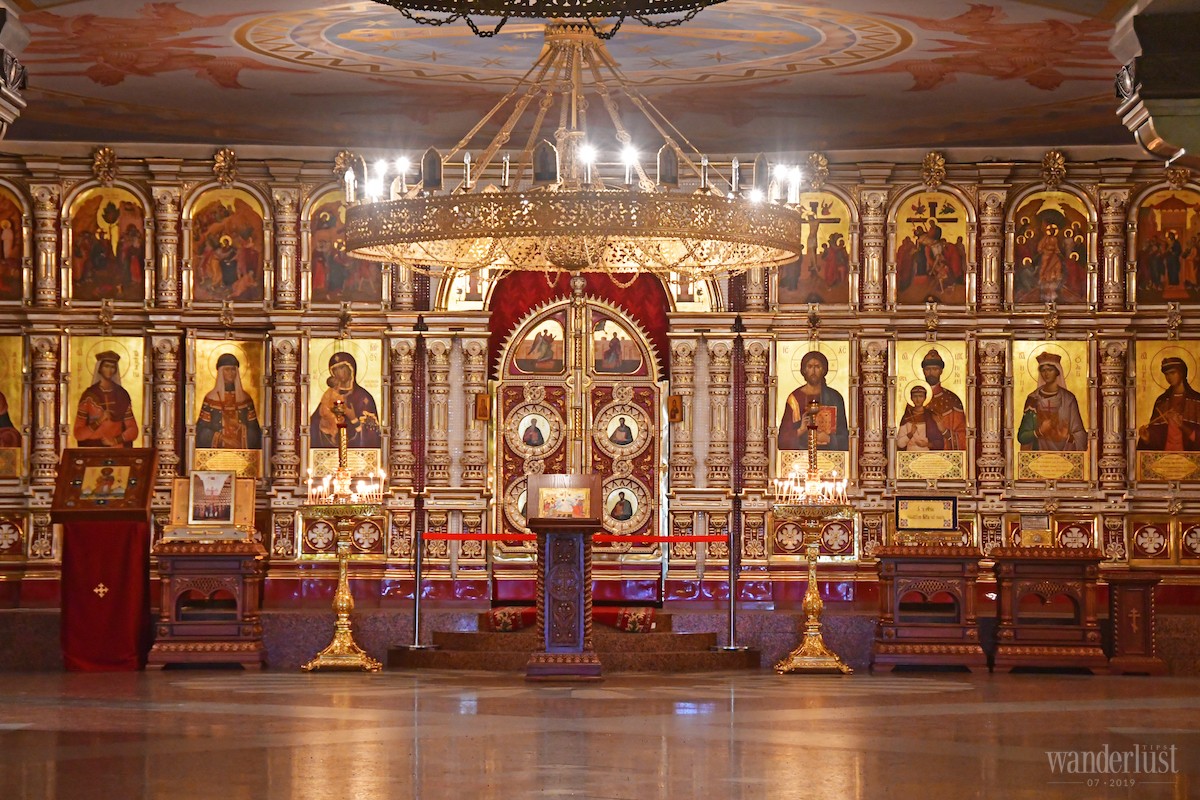 In addition to the Church upon the Blood, visitors can pay a visit to many other significant and beautiful historical spots in Yekaterinburg. The city is home to more than 600 historical and cultural relics, including 1905 Square which has a close relation to the important historical events in Russia. Nearby is the Weiner pedestrian street, also known as the “Yekaterinburg Arbat”, which is famous for its cast-iron sculptures each posessing a distinctive meaning. Not to be missed during your stay is a visit to Kolizey – the first theatre in Yekaterinburg built in a remarkably classic style. Standing out at the modern Avenue of Lenin and Gorky, Sevastyanov’s House is a beautiful old Gothic style palace that was built in the early 19th century. The house is a typical example of the architecture of the era, contrasting with the contemporary urban buildings in the surrounding area.

A TREASURE OF PRECIOUS COLLECTIONS

Yekaterinburg and its surrounding suburbs feature around 60 museums and art galleries, so guests here can immerse themselves wholly in the authentic cultural, historical and artistic treasures along with countless precious heritages during their stay.

One of the most famous museums in Yekaterinburg is the Ural Mineralogy Museum. The Ural Mountains are home to many minerals, so Russia’s mining and metallurgical industries are being developed rapidly in this area. Meanwhile, Yekaterinburg is the central city of the Urals, so it does not come as a shock that there is a large mineral museum in the city. Established in 1970 by the huge efforts of a well-known collector Vladimir Pelepenko, Ural Mineralogy Museum is a place to display and store many spectacular stone artefacts. It is considered the largest Museum of Stone in Sverdlovsk Oblast and is one of the leading museums in Russia. 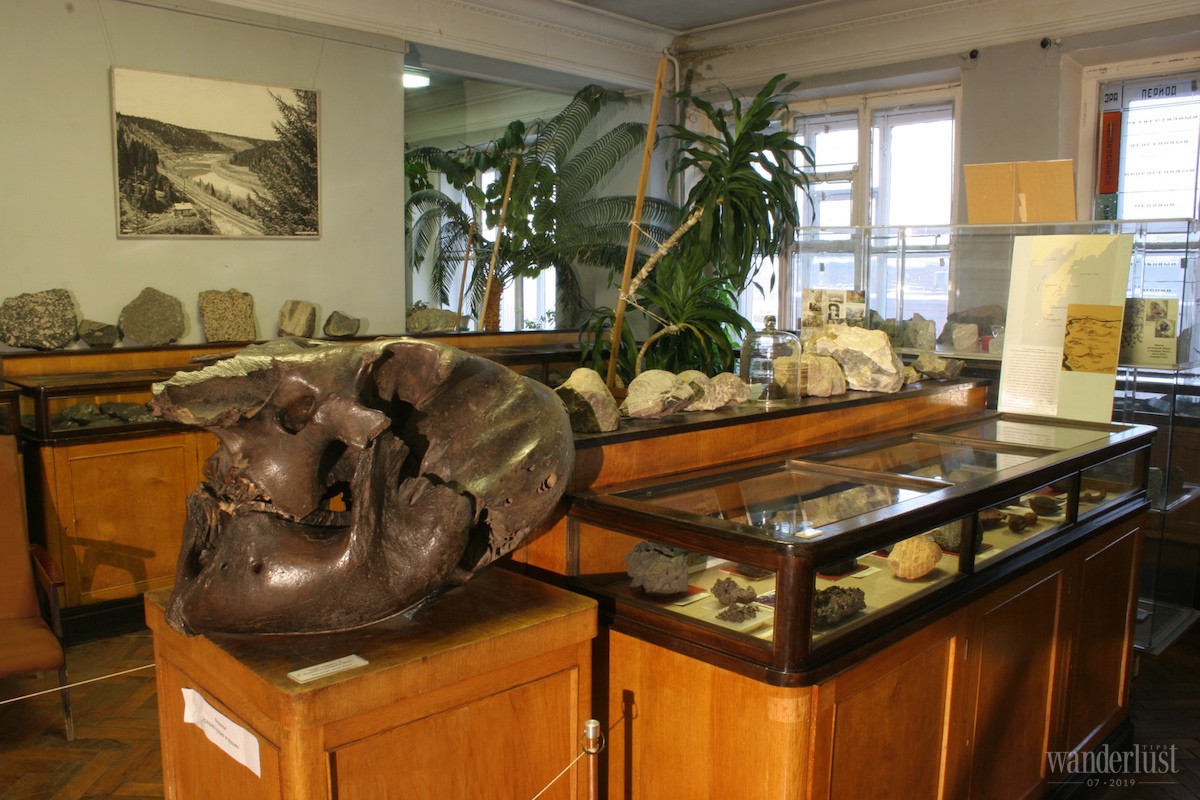 The samples of stone were mainly collected by Vladimir Pelepenko from various deposits not only in the Urals but also from the other regions worldwide with over 10,000 artifacts. For example, the museum is home to unique crystals and minerals from India, China, Japan, Peru and various other countries.

Another not so well known but truly worth-the-visit museum is the Armored Museum and the Automotive Museum in Verkhnyaya Pyshma, a suburb of Yekaterinburg. The museum complex is a collection founded by the noted Russian tycoon Andrei Kozitsyn and has a wide range of military equipment on display in the large outdoor exhibition area from the Soviet Union and Russia including modern and ancient tanks and armored vehicles. The indoor area exhibits an enormous collection of famous Russian cars from across the ages. The more floors you climb, the more you can admire the impressive collection of motorbikes and bicycles. Visitors will be overwhelmed by the elaborate collections, impressive installations and preservation of specialized artifacts.

If you have a true passion for history, not to be missed is a visit to the museum of the first Russian president – Boris Yeltsin. Boris Yeltsin President Center not only showcases the life of Yeltsin but also draws a clear picture of Russia during his incumbency. The highlight of the exhibit entitled “Seven days of Russian establishment” leads visitors through a series of galleries commemorating the paramount events in Russia during the 1990s. The mention of “Seven days of Russian establishment” may be strange but it has given emotive validation to Yeltsin’s death in 2007 and he has still received the highest praises from all nationals in Russia. Opened by his daughter Yeltsin Tatyana and her husband – Valentin Yumashev, both formerly Yeltsin’s assistants, the President Boris Yeltsin Center is an attempt to not only to save his legacy but also to emphasize that his great changes and dedication to Russia are permanent.

A TRIP TO KAMENSK-URALSKY 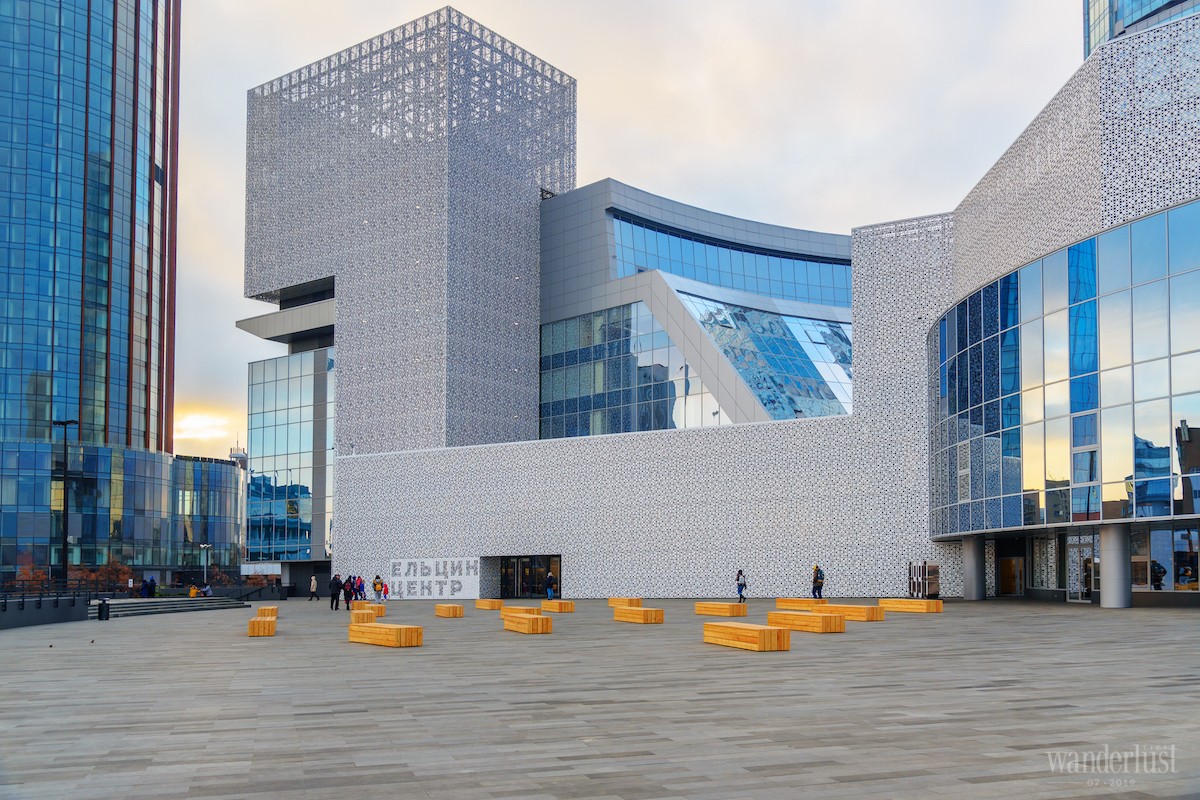 Your journey to discover Russia will undoubtedly be enhanced if you include a visit to the city of KamenskUralsky – a tourist destination in Sverdlovsk Oblast, around 100km from Yekaterinburg. It is well known as an “outdoor museum” because of its location on the banks where the Iset and Kamenka Rivers meet. During a two-hour trip on the Iset River, you will have the opportunity to explore the spectacular Iset Gorge and admire majestic natural landscapes, passing ancient bridges and uniquely-formed rocky mountains. The real gem of the tour is the Stone Gate, where visitors can admire the ancient fossils within its surface firsthand.

Besides your stay in the charmingly peaceful riverside dwelling, a leisurely stroll around the city will transport you back in time. The city features many old buildings built during the 18th and 19th centuries, in particular, the Old Kamensk has about 30 historical architectural monuments which were perfectly preserved. Take a wander and experience KamenskUralsky at its most serene, wake up early just as dawn draws its curtains, catch a glimpse of the gentle rays of morning sunshine pervading the street corners, breathe the crisp fresh air and take stroll along the ancient pathways to admire the historic architecture.

Not to be missed during your stay is a visit to the oldest and most prestigious bell-making factory in Russia. An abundance of bells of the highest quality are produced here and exported to many different regions for use in temples and pagodas in Russia, Europe and even the United States. You will be astounded at the impressive bell-making process and fascinated by the meticulous local craftsmen who make bells of all sizes each with a distinctive echoe. At the end of your visit, do not forget to ring the bell, make a wish and listen as the sound ricochets carrying your wish over the surrounding land. 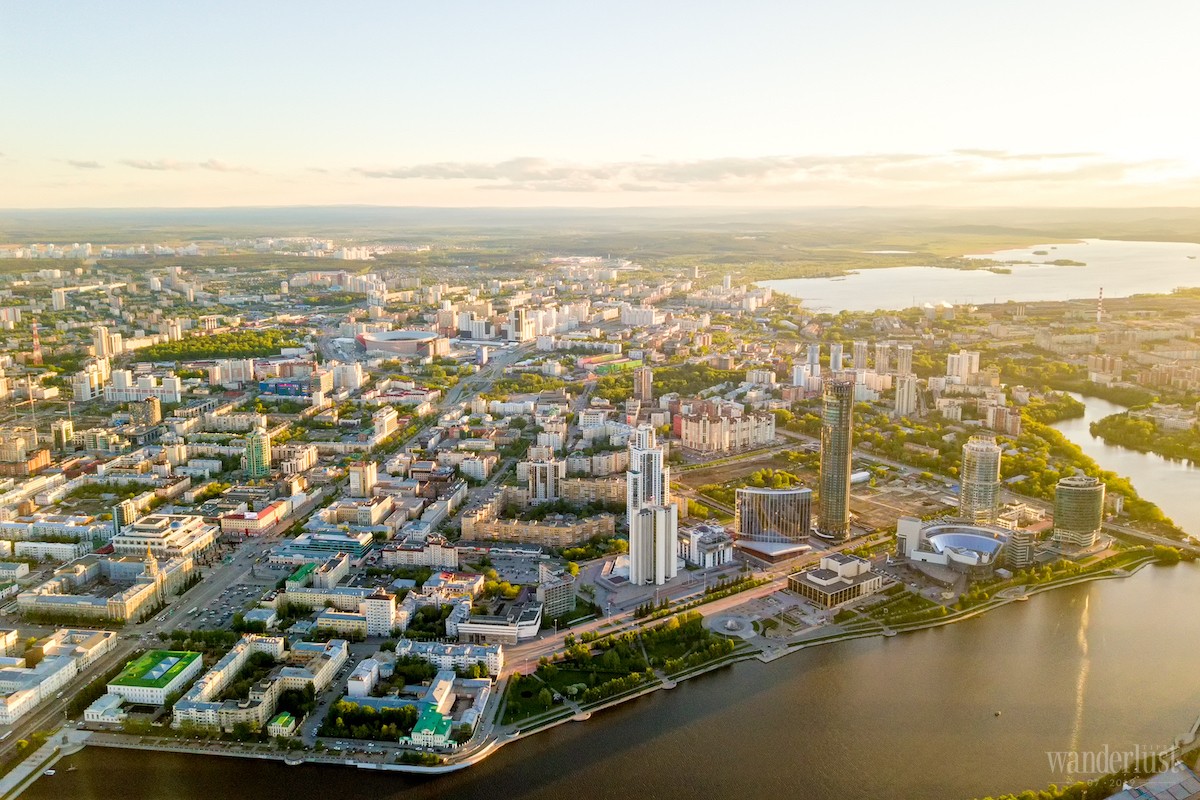 There are likely many more fascinating things in Yekaterinburg that cannot all be mentioned in this short article. All future travelers need to visit this place, at least once, to be able to feel the authentic and profound beauty of this city – “the heart of the Urals”.

From Vietnam, you can take a flight from Hanoi or Ho Chi Minh City to Moscow, and then continue on a domestic flight to Yekaterinburg. Aeroflot, Russia’s national airline, is the ideal choice as it offers convenient flights at reasonable prices.

The public transportation services in Yekaterinburg are developing considerably. Here visitors can use many types of public transport such as tram, subway, bus and taxi, to name a few.

Yekaterinburg possesses a humid continental climate with harsh variability in weather conditions and well-marked seasons. The temperature in winter can freeze to temperatures as low as -40°C while the summer temperature can soar above 35°C.

Christianity is the predominant religion in the city, of which most are adherents to the Russian Orthodox Church. Other religions practised in Yekaterinburg include Islam, Old Believers, Catholicism, Protestantism, and Judaism.