(#wanderlusttips) Nguyen Hoang Bao (1976) goes by the nickname “Nhung Buoc Chan” (Footsteps) and is well known in Vietnam’s backpacker community. He has travelled to over 65 countries and territories across the world. He has marvelled at the deepest hyper saline lake in the world – the Dead Sea, conquered the Gobi desert in Mongolia, set foot in Tibet Buddhism’s most sacred land, and has recently returned from the legendary “Silk Road”. Hoang Bao works as a university lecturer in Ho Chi Minh City. Since starting his wanderings in 2005, he has been on numerous impressive adventures and plans to continue adding ever more amazing destinations to the list.

One of Hoang Bao’s favourite journeys was travelling along the legendary Silk Road. On the trip he visited Iran, home to the Mesopotamian civilization, Turkmenistan, a country with a Soviet period legacy, Uzbekistan, which has four attractive heritage sites and was on top of the world in Kirgizstan and Tajikistan. Wanderlust Tips is honoured to share his story.

During your journey along the Silk Road, where did you pass through and for how long? 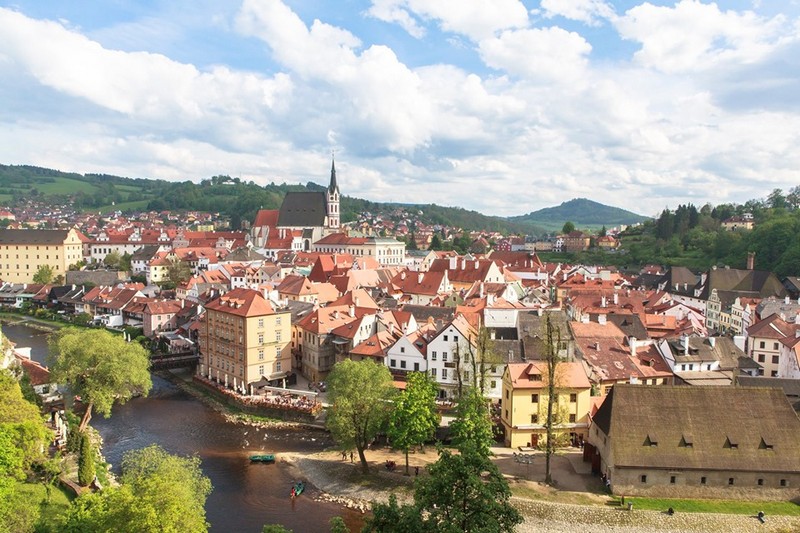 My journey across the Silk Road started in Ho Chi Minh City at the end of June 2015. In two months, I travelled by myself to Kuwait, Iran and five other Central Asian countries along the path of the legendary Silk Road. My journey was in the opposite direction of the traders riding camels across the Silk Road in the old days.

Why did you choose to travel in the opposite direction, instead of following the direction of the traders?

I started my journey in Kuwait for a number of reasons. The cost of the trip was the biggest issue for me. If I had started in China, I would have had to pay a lot of money to buy flight tickets from Ho Chi Minh City to Xi’an, and take a connecting flight to Urumqi, the capital city of the Xinjiang Uyghur Autonomous Region, bordering China and Russia, Mongolia, Kazakhstan, Kyrgyzstan, Afghanistan, Pakistan and India. This had been the starting point of the ancient journeys of Chinese traders, who crossed the border to other countries to trade goods. However, in recent years, this region has had many political conflicts, and is not safe for backpackers, especially ones that do not speak Chinese like myself. And the high cost of the flight influenced my decision. I thought about going to the Middle East first. Currently, many Southeast Asian airlines operated new routes to Middle Eastern countries, allowing cheap labourers to travel to these countries to work. The Philippines, for example, have supplied a large labour force to this region over the past few years. The low-cost carrier Cebu Pacific offers daily flights to Kuwait, with many promotion programs. I was lucky to find a cheap ticket from Manila to Kuwait, a 10-hour flight, for just 3 USD. This was at a time when oil prices dropped and were dirt-cheap. This was the reason I decided without any hesitation and on a whim to book a flight online and start my journey from Kuwait.

This route is still unfamiliar to Vietnam’s backpacker community, and certainly not many people travelled this route before you. How did you prepare for the trip?

Before this trip, I read literature about the Silk Road, and researched attractions and cultures of the countries that I would go through. After that and about three months prior to the trip I booked airline tickets, hotels, and applied for Visas. However, Iran is dealing with sanctions from a number of countries, so it was not possible to book accommodation on popular travel websites. I had to research on travel websites like TripAdvisor or Lonely Planet to find a hotel in Iran, after obtaining a Visa at the border. 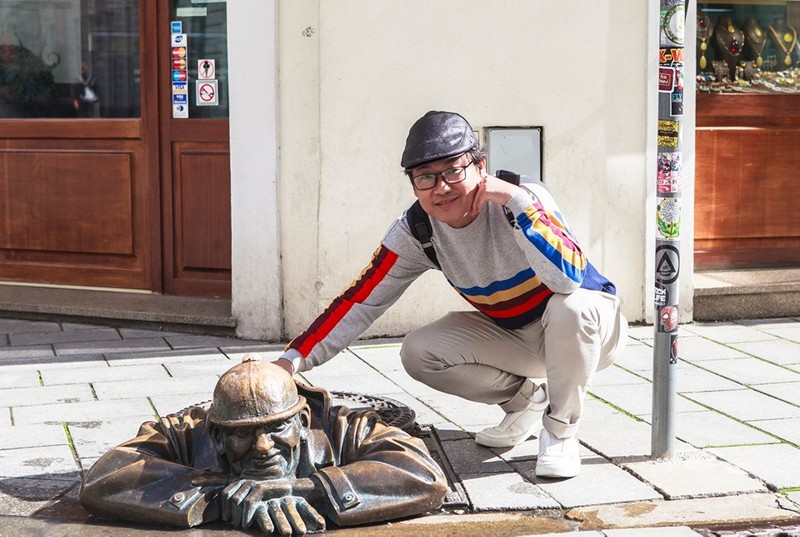 I also studied the climate of the countries I would visit. The majority of them have a hot climate, but Kyrgyzstan and Tajikistan are at high altitudes, so their climates are different. I decided to bring a jacket, which can protect me from the cold down to 5 degrees Celsius, and some other basic items, such as medicine, a raincoat, a camera, extra batteries, a flashlight and power adapter.

Central Asia is known for its rich cultures and beautiful wilderness. During your journey across the Silk Road, which place impressed you the most?

Iran deeply impressed me because of how secure it was, its friendly people, its world heritages, cheap transportation and diverse cuisine.

The Mesopotamia civilisation is settled here and Iran is home to many thousand-year-old architectural structures. In addition, Iran was formerly the Persian Empire, a great destination on the Silk Road for Easterners, so it has numerous invaluable heritage sites.

Central Asian countries, which were a part of the former USSR, have similar cultures, and the main religion is Sunni Muslim. A number of destinations in those countries, including Merv, Samarkand, Burkhara and Isyyk Kul lake, were frequented by ancient traders. A particularly impressive experience was when I travelled on the Pamir route, known as the top of the world. The route was extremely remote and dangerous.

Do you have any special memories of the people in the Central Asian countries you visited?

One of my special memories was when I visited a home of nomadic people living near Songkul Lake. Thanks to them I now understand more about nomadic culture in ancient times. I also participated in a traditional festival Manas at Songkul Lake, which is their most important celebration of the year. Travellers from everywhere came to rejoice in this three-day festival, featuring many traditional folk games, performances of folk songs and dances of the indigenous Kyrgyz people.

You said Turkmenistan was isolated from the rest of the world. How do you feel about this country?

Travellers frequently mention two prominent cities on the Silk Road, Merv in Turkmenistan and Samarkand in Uzbekistan. These are important destinations where Eastern traders stopped before entering the West Asian region. Merv is considered the gateway to Central Asia, on a route taken by Persian traders in the 9th – 10th centuries AD. Today there are many additional attractive destinations for backpackers, like the gate of hell burning for over 40 years, the city of white marbles Ashgabat with modern and unique architecture, or the peaceful, hospitable city of Mary. However, behind its attractive tourist attractions, the country still has many strange regulations and this beautiful country is still closed to the rest of the world.

This route is not known for leisure travel. This journey requires strength, passion and perseverance. What were the difficulties that you faced on the Silk Road?

The most difficult experience was finding transportation to cross the Pamir route. After traveling from Eshkashem to Langar, with many dangerous muddy passages, I decided to wait for a bus and come back to Murghab that night, because my departure date from Osh was fast approaching. Over three hours, only a few cars with some empty seats stopped by, and the price they asked for was ridiculous for a lone traveller to Murghab. I waited longer hoping for cheaper transportation.

Four hours passed and there were no more buses. The air turned bitter cold. I thought about hitchhiking, which was a tip I learned about in a travel book for backpackers. 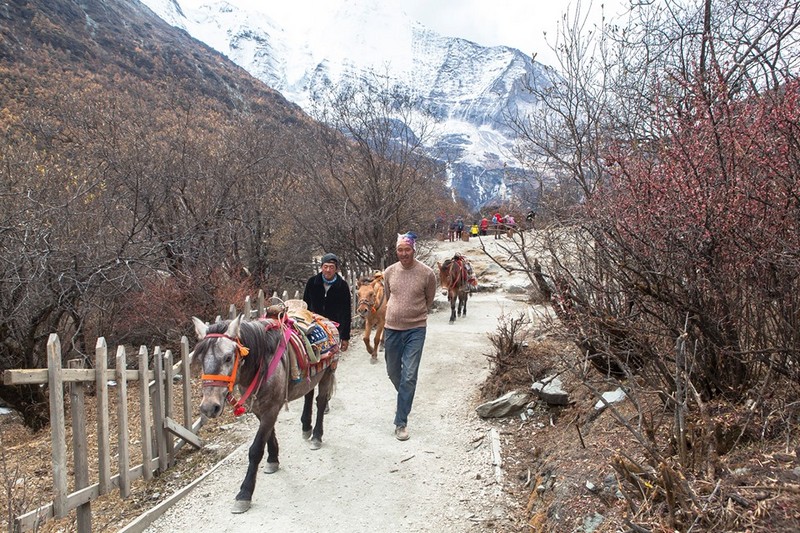 One, two and then three cars passed by, leaving me stranded and covered in dust. A driver stopped and motioned that it was nearly dark, and they would not drive at nighttime and would find place to sleep before continuing their journey the next morning. It was understandable, because the road was too dangerous. Eighteen-wheel truck travel at a speed as low as 20 km/h, because any small mistake they make could result in falling of a cliff.

I was disappointed and wanted to find a place to sleep nearby, when a minivan stopped. The driver told me a price before I even said I needed transport, because he understood that only tourists like me would want to travel on a route many indigenous people did not dare to cross. So although I did not find a bus, I was relieved to arrive in Murghab that night, for a price many said I was lucky to get. We travelled over 250 kilometres of mountain pass and I had a sleepless night with the moon, stars and the bitter cold wind to keep me company.

You have travelled a lot and often shared stories. Where have you been so far in 2016?

During the Lunar New Year, I have travelled to Africa, to countries like Kenya, Tanzania, Uganda and Rwanda.

Why did you choose Africa? Where did you want to go most in Africa? Were there any difficulties in obtaining Visas to these African countries, and how can an inexperienced traveller go about that?

Africa has many large national parks, home to a lot of endangered animals. I have been interested in visiting these wild animals since I was a child. In addition to exploring these parks, I wanted to discover the traces of human origin, visit the source of the longest river in the world, and learn about the customs of the Maisai, the indigenous people living in East Africa, who have maintained their authentic traditions. I also wanted to understand the ‘dark continent’ where many people still struggle and live in slums better and see the big cities in Kenya and Tanzania.

Almost all East African countries allow online Visa applications or at the border upon arrival, so it’s very convenient for Vietnamese tourists. It’s important to get malaria vaccines and bring identification when traveling in Africa.

In 2016, where do you hope to travel to next, and why? Do you think these destinations will be hot spots for young backpackers in 2016?

My next plan is to motorcycle across Indonesia in July. Currently, visiting the sea and island destinations is a big trend for youngsters. Indonesia, the Philippines and Thailand are the three countries in South East Asia with the most beautiful and pristine beaches bordering emerald water. Besides its beautiful ocean, Indonesia is home to magnificent landscapes: volcanoes, historic sites, tropical forests, unique festivals, and many ethnic groups who still keep their traditional cultural identity. Many young Vietnamese who wish to explore the mysterious and challenging world around them at an acceptable cost choose to travel there. I plan to travel for 45 days to explore Indonesia and the Komodo island, one of the world’s many wonders.

Thank you Hoang Bao for the conversation. I hope you will have many more adventures with your restless Footsteps!