India, a sacred country, is home to an incredible variety of elaborate temples and mystifying shrines. Take a journey through these colourful layers of history that reveal an India unlike any other. 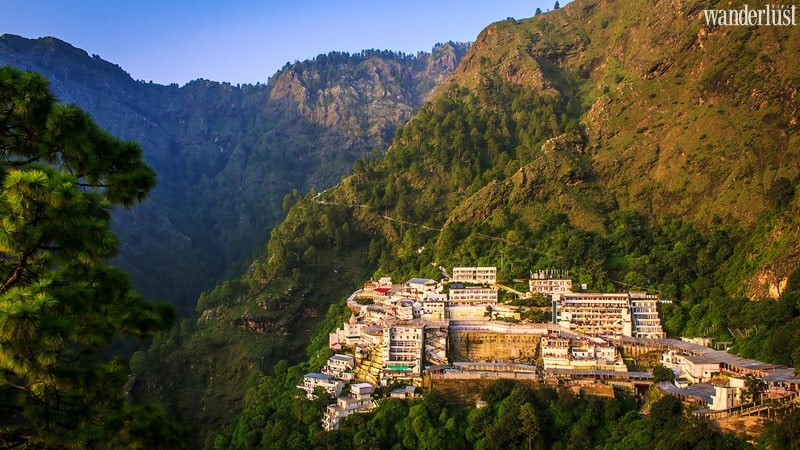 Located 1,600m above sea level, the Vaishno Devi Temple in northern India attracts a large number of local and international Buddhists each year. If you want to experience this holy Indian temple, you have to start from the base camp of Katra and undertake a challenging 12km trek. It will be worth it once you arrive in Vaishno Devi, a sense of admiration and contemplation will fill your heart. Vaishno Devi is home to a vast array of lush greenery and verdant vegetation surrounding the magnificent architectural structures. Exploring the temple and looking out over this elegant masterpiece will bring peace and tranquillity to your soul.

Harmandir Sahib – commonly known as the Golden Temple in Amritsar, India – captivates pilgrims thanks to its magnificent and shimmering beauty. Constructed over the course of 27 years on an artificial island in Punjab, the temple is one of the most sacred spots in the Sikh faith. The temple has been renovated many times, adding features such as the marble inlays along the floor. The temple’s upper floor is covered with pure gold, making it the most gold-plated structure in the world. All visitors must remain barefoot, pass through a separate foot-washing pool before entry and wear a distinctive turban. 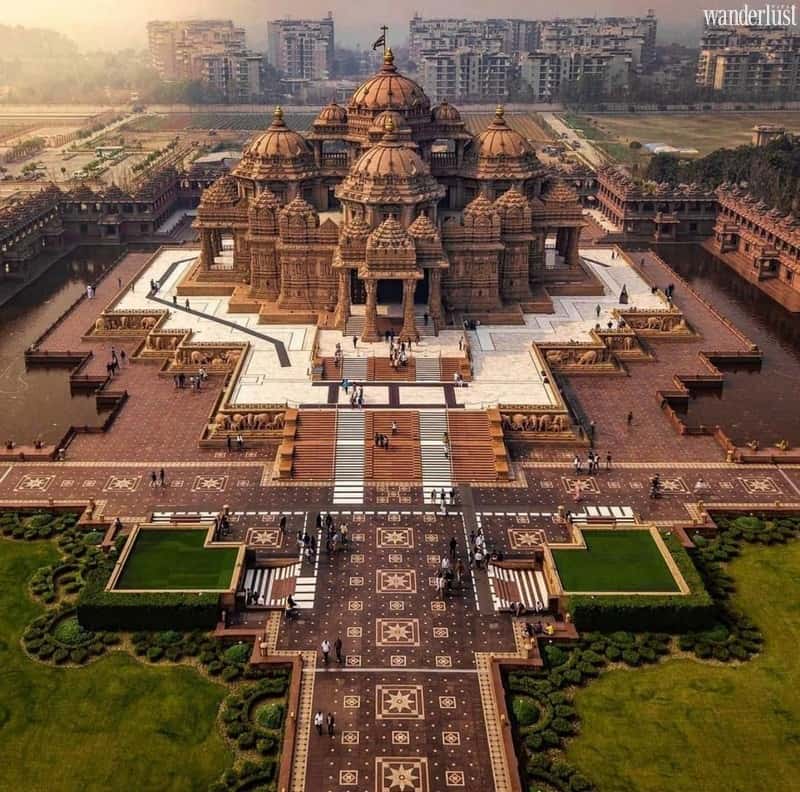 Another unique temple that adds to the essence and magic of Indian spirituality is Akshardham Temple, also known as Swaminarayan Akshardham in New Delhi, India. This exquisite temple brilliantly showcases the essence of India’s ancient architecture, traditions and timeless spiritual messages, making it an epitome of 10,000-year-old Indian culture. If you want to visit this work of breathtaking architecture and learn more about the valuable discoveries, a visit to Akshardham Temple will definitely be a spiritually enriching experience. 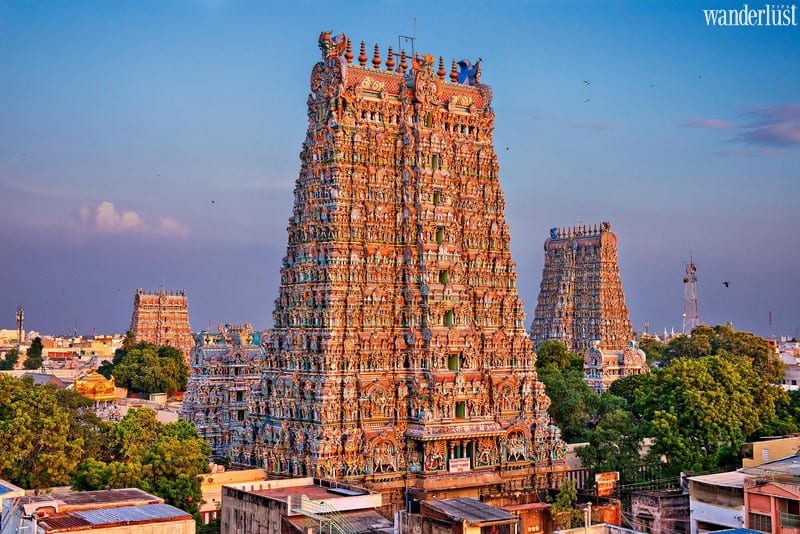 Each part of the Meenakshi Temple is a work of intricate art that exhibits flawless craftsmanship painted every shade of the rainbow. Situated in the heart of the ancient city of Madurai in Tamil Nadu, southern India, this sacred site has 12 lofty towers that are each covered in thousands of colourful stone figures depicting animals, gods and demons. Originally built in the 6th century BC, the temple is thought to be the incarnation site of the Hindu Goddess Parvati – the wife of Hindu God Shiva – the supreme deity in Hinduism. Additionally, the temple is a significant symbol of Dravidian architecture with a variety of walls and pillars featuring plenty of intricately carved sculptures. 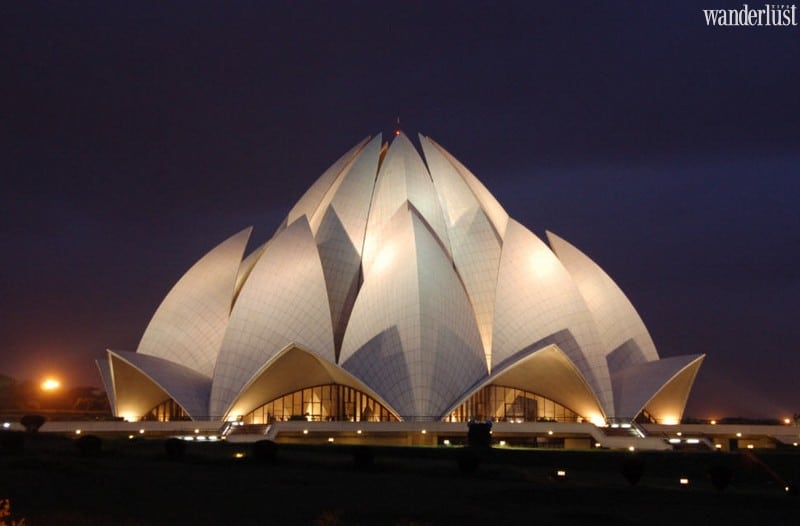 Located in New Delhi, India, the Lotus Temple, also known as the Bahai House of Worship, is one of the most-visited architectural marvels in the city. Constructed in 1980 and completed in 1986 by Iranian-Canadian architect Fariborz Sabha, the temple is a splendid piece of authentic architecture. There are nine sides to the temple formed by 27 marble petals, arranged in groups of three. Its aesthetic elegance and uniqueness are echoed in its beautiful marble flower-like architecture, making it an eternal place of purity, gentleness and sacredness. Take a stroll around the garden and indulge in its marvellous ambience.