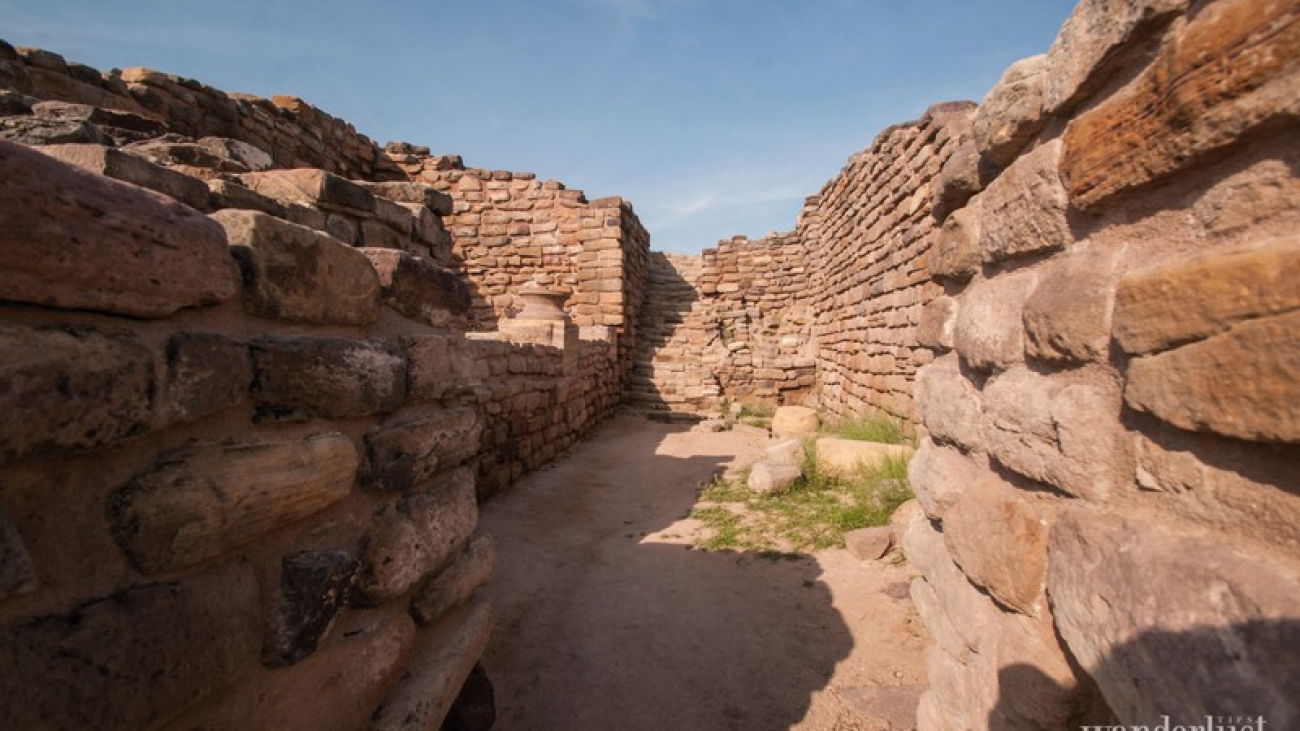 Thousands of years ago, ancient history has revealed the existence of a flourishing civilisation in the Indus valley, situated in what is Pakistan and the west of India today. The Indus valley civilisation, also called the Harappa civilisation, was once one of the largest in the ancient world, along with the Egyptian and Mesopotamia civilisations. Harappa is also considered to be the earliest known urban culture on the Indian subcontinent. 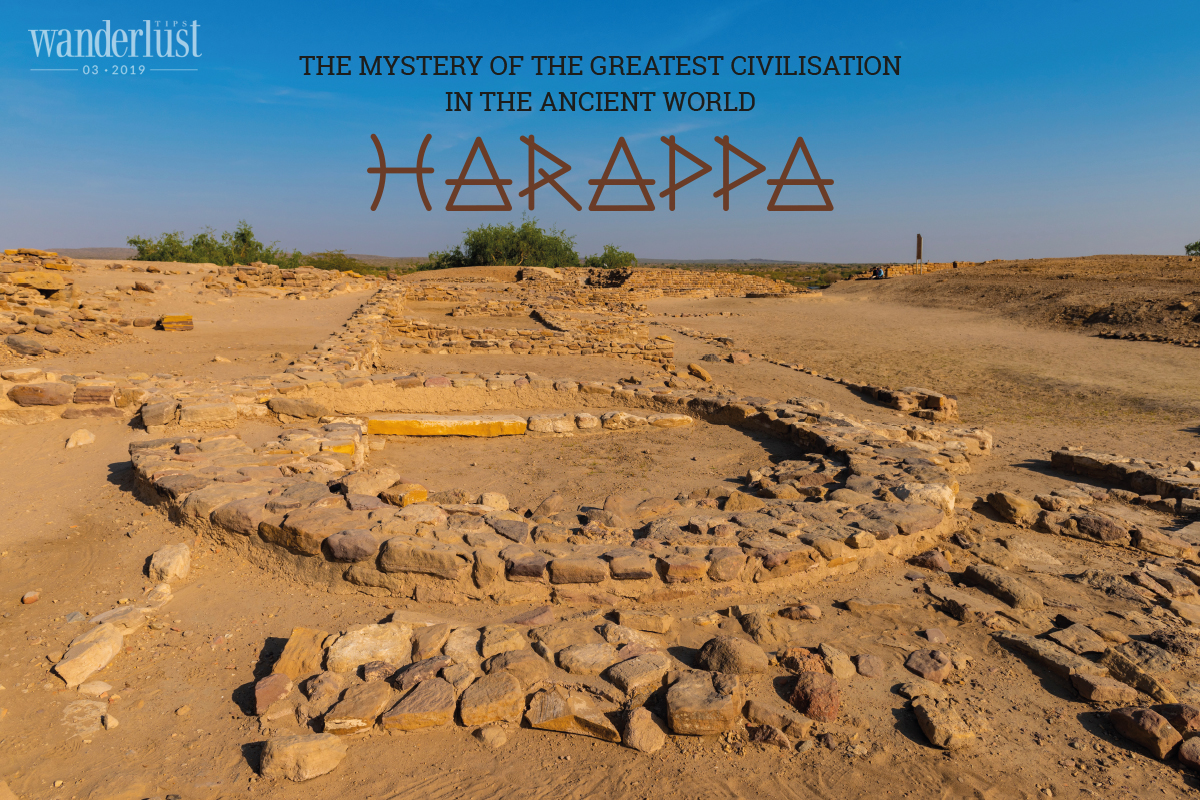 THE BIRTH OF HARAPPA

The name Harappa comes from the first discovered site of this ancient civilisation. After its discovery in 1800 it was not written about until 1842 when for the first time in the “Narrative of Various Journeys in Balochistan, Afghanistan and the Panjab” Charles Masson described the city of Harappa as a “ruinous brick castle”. In the following years, there were a few small investigations undertaken, but it wasn’t until 1920 that an excavation was seriously started at Harappa, and then in other cities like Mohenjo Daro, Kot Diji, Lothal and Kalibangan. Since then, people have discovered an ancient civilisation stretching across most of Pakistan’s territory as well as a part of India and Afghanistan. The total geographical area of the Harappan civilisation covered about 1,250,000 sq. km which was more than 12 times the combined area of the Egyptian and Mesopotamian civilisations.

Scientists from the Indian Institute of Technology – Kharagpur and the Archaeological Survey of India published their research findings in the Nature magazine (25th May 2016) that the Harappa civilisation was at least 8,000 years old, not 5,500 years old as previously thought by scholars. If so, the Harappa civilisation was born and existed longer than that of the ancient Egyptians and Mesopotamians. 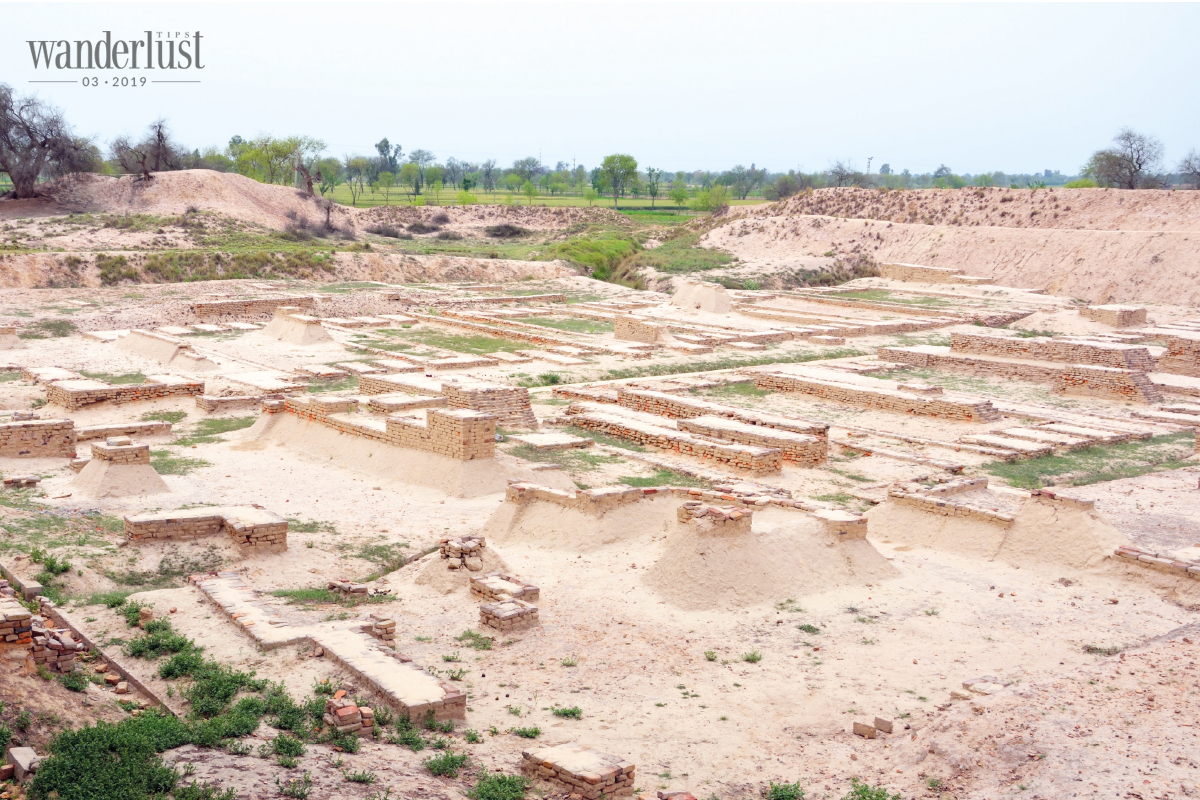 Despite being long-standing and flourishing, the Harappa is the least known of all civilisations as until today it is still impossible to decipher their writing, even though we have found traces of characters and letters on many broken ceramic pieces, seals and amulets.

REVEALING THE SECRETS OF THE PAST

Many research papers have shown that during its most flourishing period, the Harappa civilisation had a population of up to 5 million inhabitants. The two largest urban centres were Harappa and Mohenjo Daro, along with other cities including Kot Diji and Lothal which featured identical architecture and were built in the form of a chessboard, proving the civilisation’s advanced and modern perspective of urban planning and the environment.

The period between 2800-2600BC can be considered as the peak period of their urban civilisation when cities had sophisticated water wells and drainage systems. All houses were built from clay bricks featuring the same standard and size, equipped with toilets and bathrooms, while wastewater was also directed to flow into sewers from the drainage system to places where fertile mud used for agricultural purposes settled. 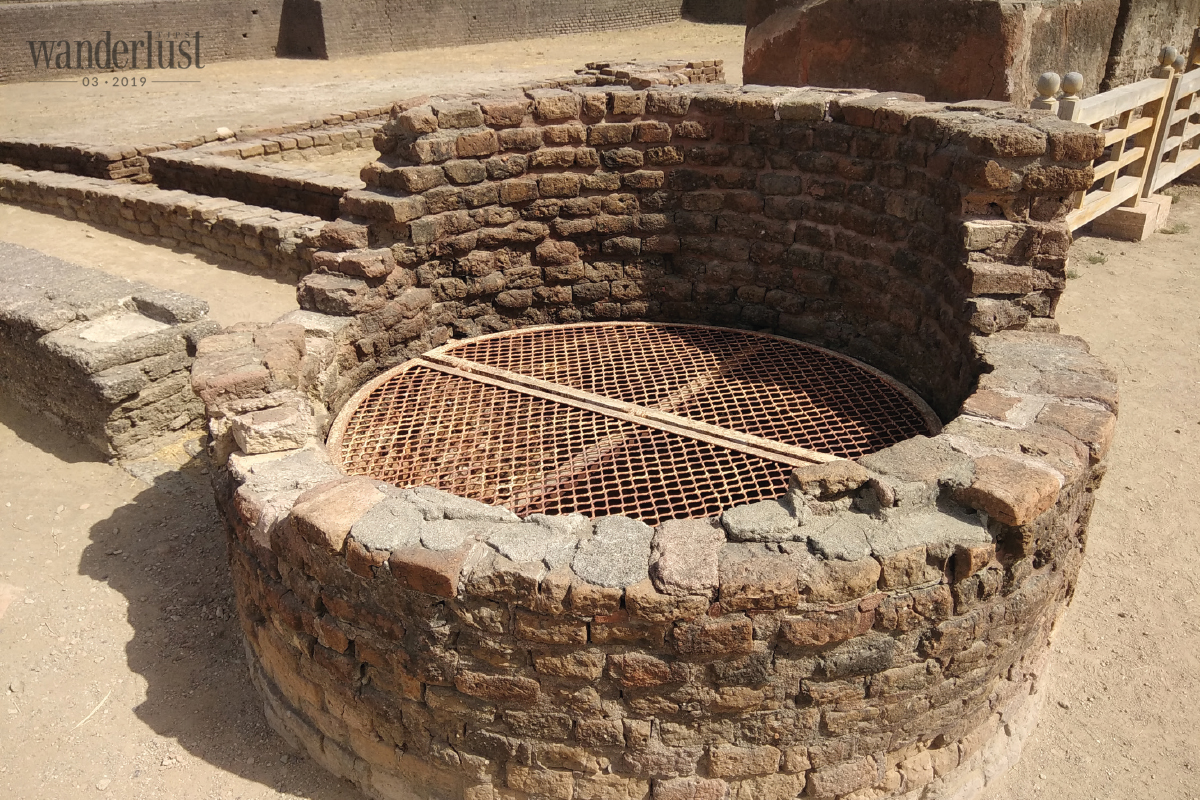 Along with the development of urban areas, the Harappa economy at that time was quite diverse and took advantage of transport techniques such as ox-drawn carriages or large and small ships. Archaeological evidence has shown that the people of The Indus Valley Civilization had regular contact and exchange of goods with the Sumer by road (through Iran today) and sea (via present-day Bahrain). Further proof of this was found in the tomb of Queen Puabi who lived in about 2,500BC in Mesopotamia, where there was jewellery made of carnelians from the Indus Valley.

In agriculture, it is difficult to gain an understanding of the techniques of the people living in this period because there are too few archaeological discoveries from the era and even traces of dams or irrigation canals have not been found. However, with such a large population, Harappa’s civilisation must have had a very high crop yield to sustain its many thousands of people.

Since the discovery of Harappa, archaeologists have also tried to identify the ruling classes of cities in this ancient culture. However, unlike other urban societies, the ruling class seems to have taken control through trade and religion instead of military power because there were almost no monuments built and no paintings showing war or conquest of new lands. 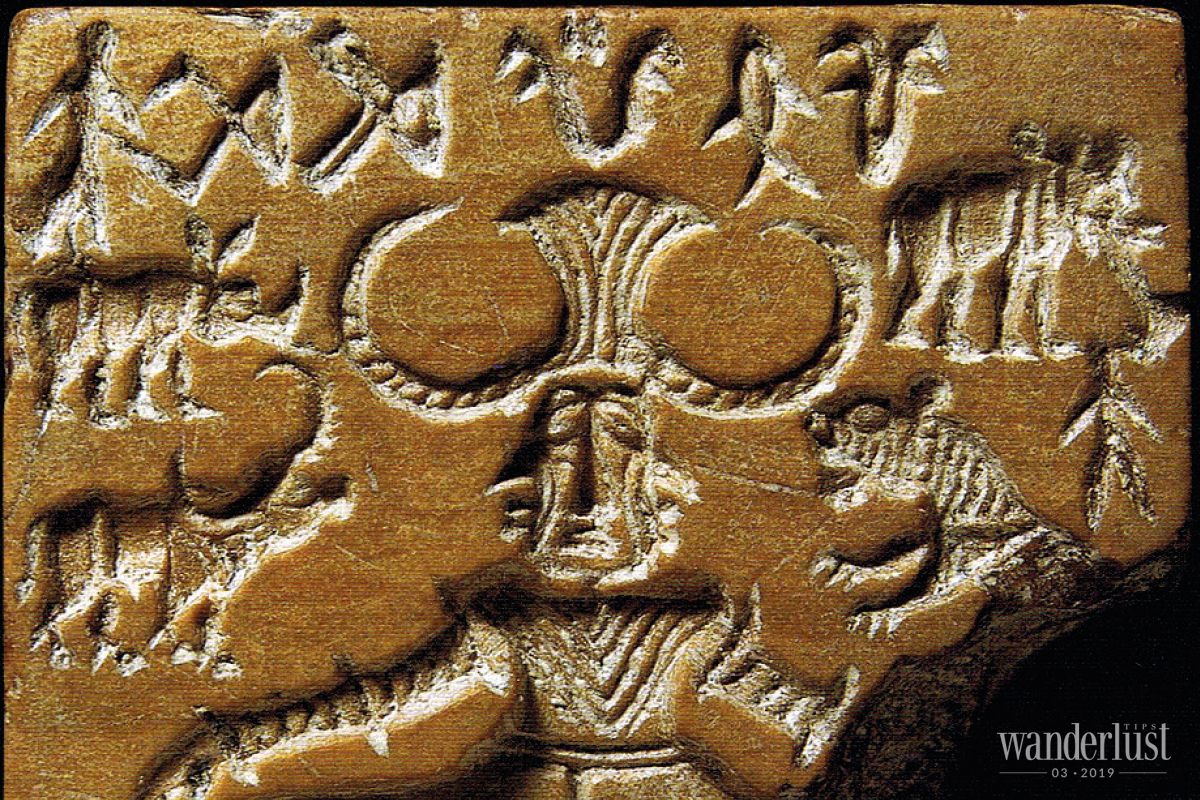 Unlike the Mesopotamian or Egyptian civilisations, there are no traces of large religious buildings such as temples, pagodas or places of worship. It can be said that the people of Harappa were only concerned about faith, but not the concept of religion and their beliefs and faith were only at a primitive level. Some historians conclude that the beliefs of Harappan people were the precursors of Hinduism. This is visible in seals found engraved with patterns which look like the gods of Hinduism, with one displaying repetitive motifs of a man sitting in a yoga posture surrounded by animals, looking distinctly like the Hindu god Shiva.

Until today, scientists still cannot explain the decline and disappearance of this ancient civilisation. Many historians have given different opinions as to why “The Indus Valley Civilisation existed separately and gradually disappeared”. Scientists at the American Geophysical Union have argued that an earthquake is the cause of the collapse of not only the Harappa but also other civilisations in human history such as the Togo or Maya. 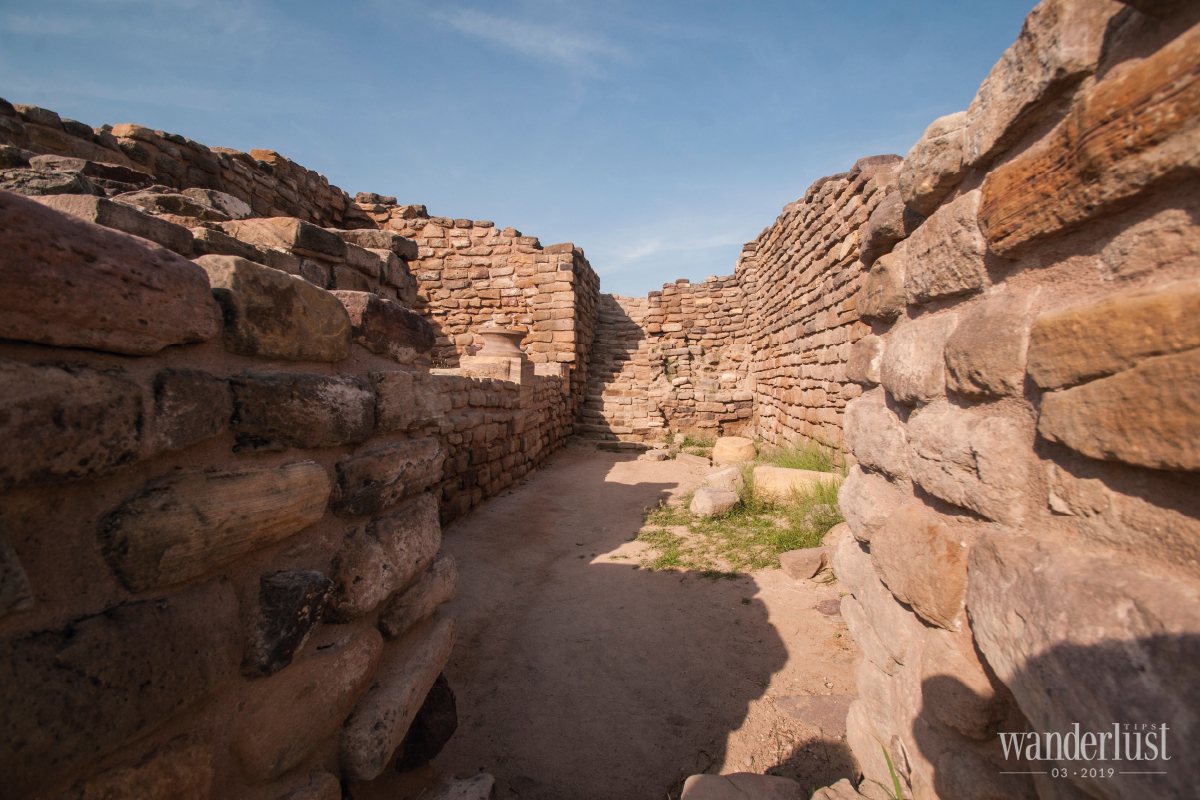 Others have studied at greater depth, identifying that the shock waves from earthquakes caused the topography of the region to change, blocking the flow of large rivers in the region, leading to agricultural destruction while more floods occurred submerging cities under mud.

There is another thought-provoking hypothesis of an invasion by the Aryans. However, this theory is shrouded in uncertainty because if the Aryans invaded Harappa, they would have imposed both their culture and religious beliefs on the Harappan civilisation. Also contradicting this view reality shows that in Indian history, the worship of Shiva has continued for thousands of years without Interruption.

Most recently, in Climate of the past magazine, 13th November 2018 issue, geologist Liviu Giosan published his research to prove Harappa’s disappearance was due to climate change with the main reason being the changes in the monsoon. People in the Indus Valley lived and cultivated crops relying on monsoon winds instead of irrigation, therefore, when the monsoon moved to the East causing the climate to become cold and dry, the water supply simply dried up. This forced the Harappa people to migrate toward the Indo-Gangetic Plain where climate conditions were more favourable to build new villages. However, these small villages could not create surpluses to support large cities, leading to a reduction in production, limited external trade activities and the cities of the Harappa civilisation gradually being abandoned and disappearing.

Despite the efforts of archaeologists and historians, many truths about the Harappa civilisation are still obscured by the mists of time. We need more time, effort and even luck to reveal all the mysteries of the world thousands of years ago. 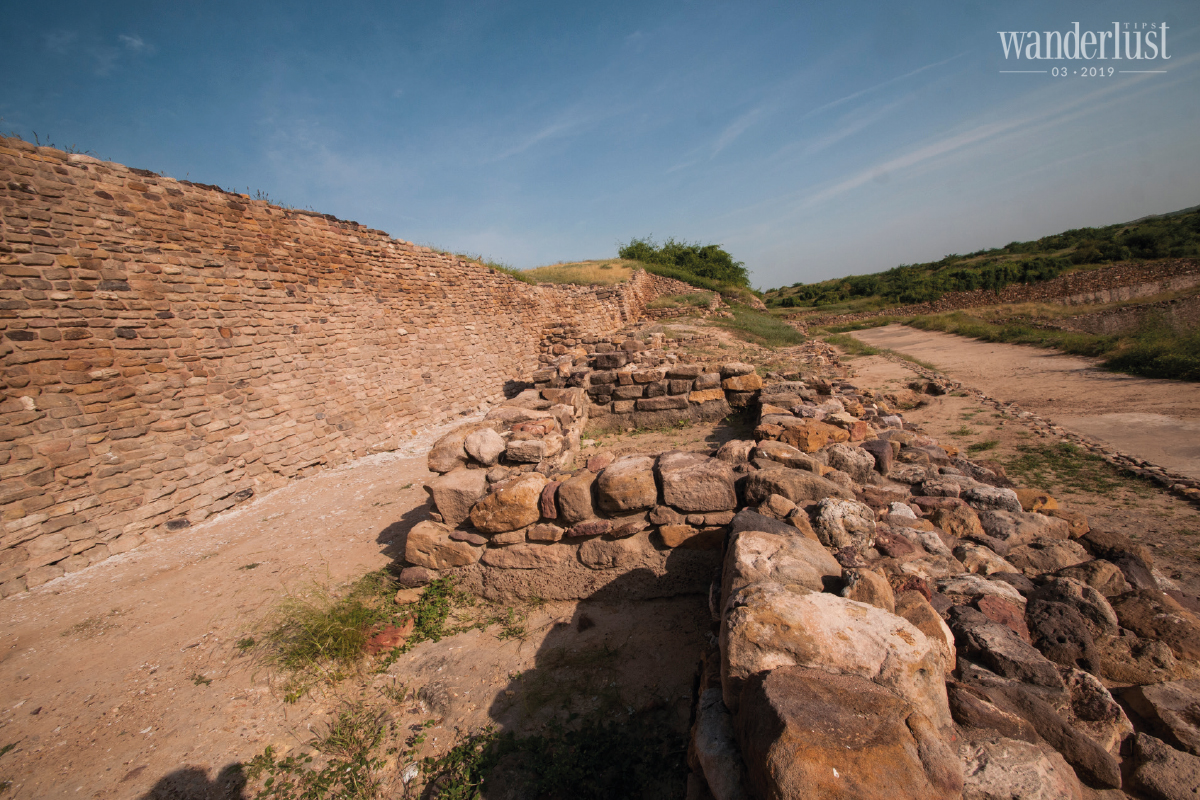