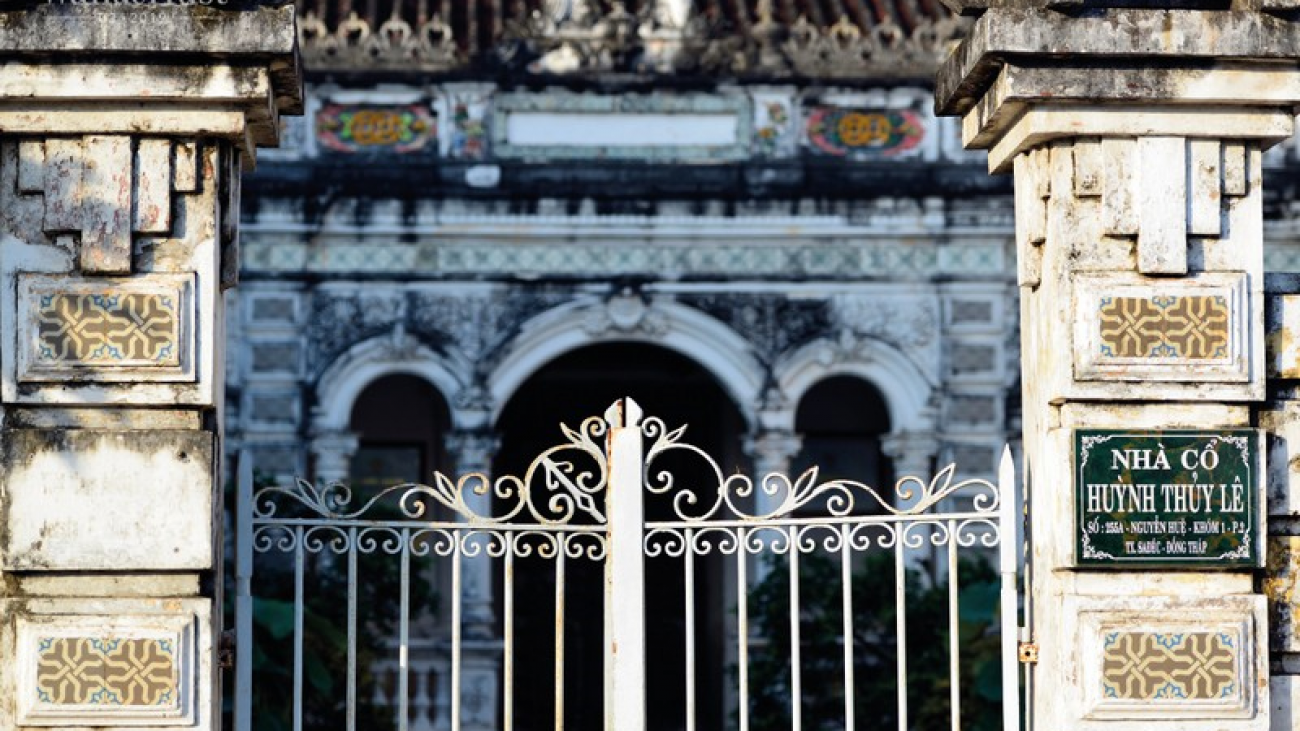 On the fifth day of our journey to visit the southwest, we went to Dong Thap, a fertile land on an estuary of the Tien river. In the previous days, our group of three young people had travelled to Can Tho, Tien Giang and Vinh Long, granting us the chance to absorb the true essence of the mekong delta. From Vinh Long, we rented motorbikes and set off driving along the Tien river to dong thap.

At first, all of us thought perhaps it would be similar to the other lands on this journey featuring canals, monkey bridges, floating markets and orchards. However, Dong Thap and especially Sa Dec brought a huge surprise. A deep imprint was left in our hearts not only during that trip to the Mekong delta but also until now when i have visited many other places in Vietnam and abroad. 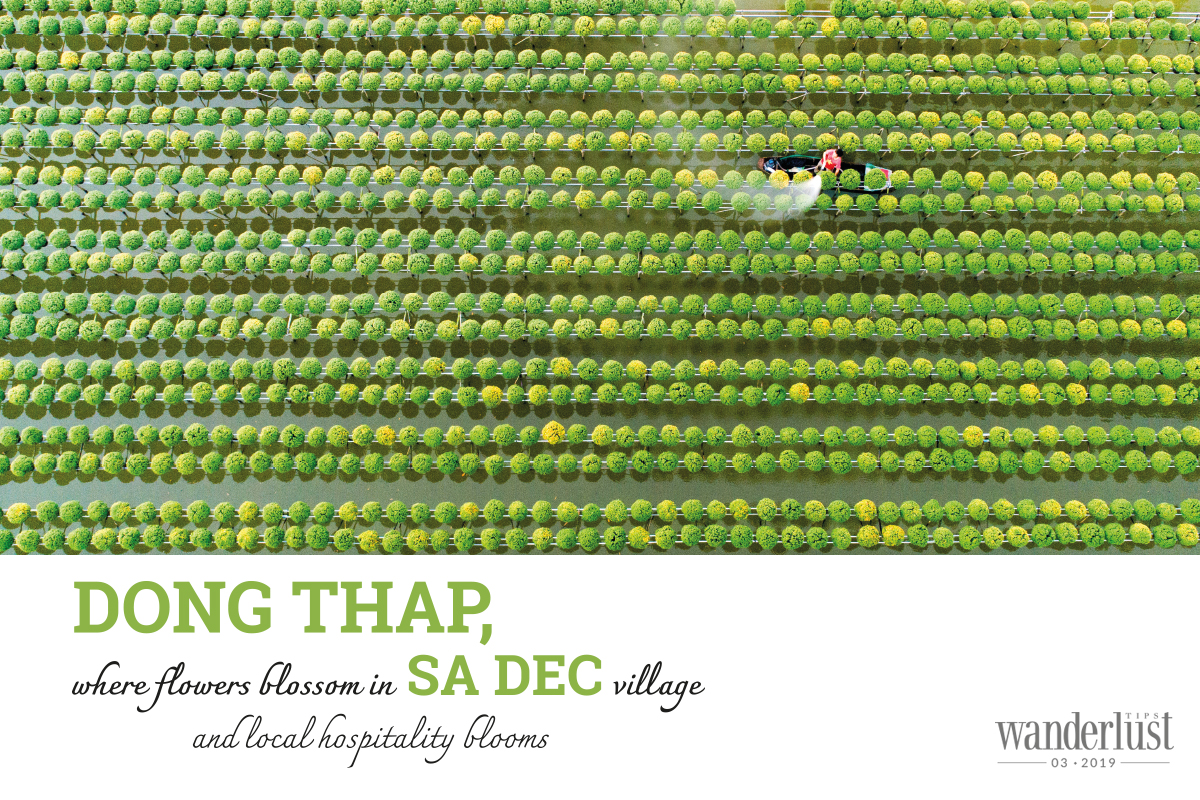 FAMOUS ORNAMENTAL FLOWER VILLAGE ON THE BANKS OF THE TIEN RIVER

We visited Dong Thap in December, at the end of the flood season. Although it is not the best time to visit, it offers double the fun for those who love to seek experiences as we not only could enjoy the remaining essence of the flood season but also dive straight into the bustling atmosphere of the spring in the most famous ornamental flower growing area – Sa Dec flower garden.

When Sa Dec flower village appeared before our eyes, overwhelming feelings rose in our hearts. The road along the banks of the Tien River was covered with flowers and there were flower gardens spreading over an extremely large area assembling like vast rice paddy fields.

The flower growing industry in Sa Dec originated in an area on the banks of the Tien River, formerly Tan My hamlet, in Tan Quy Dong commune. Thanks to the alluvial soil the land here is very fertile, which makes the flowers have beautiful bright colours and the flower growing industry has developed throughout Sa Dec. Sa Dec flowers are not only famous for their variety and beauty but also their diversity ranging from traditional varieties to many foreign species, from popular flowers to poisonous and exotic ornamental ones. In recent years, florist’s daisy has become a popular flower, increasing the area this flower is grown; however, roses are still the flowers which are grown over the largest area.

An interesting feature of the flower fields in Sa Dec is that the flowers are grown in separated baskets. The baskets are placed on bamboo frames 0.5 metres above the ground or waterway. There are flower fields located on the water’s surface where growers row small boats along the flower beds to water and take care of the flowers. The method of planting flowers on a truss in Sa Dec only appeared a few dozen years ago making use of the wetlands as it helps the farmers to irrigate more easily and prevents pests from spoiling the flowers, along with the flowers which are planted in baskets being easier to look after and harvest. The flower trusses have spread over a large area becoming a unique beauty you cannot find anywhere else. 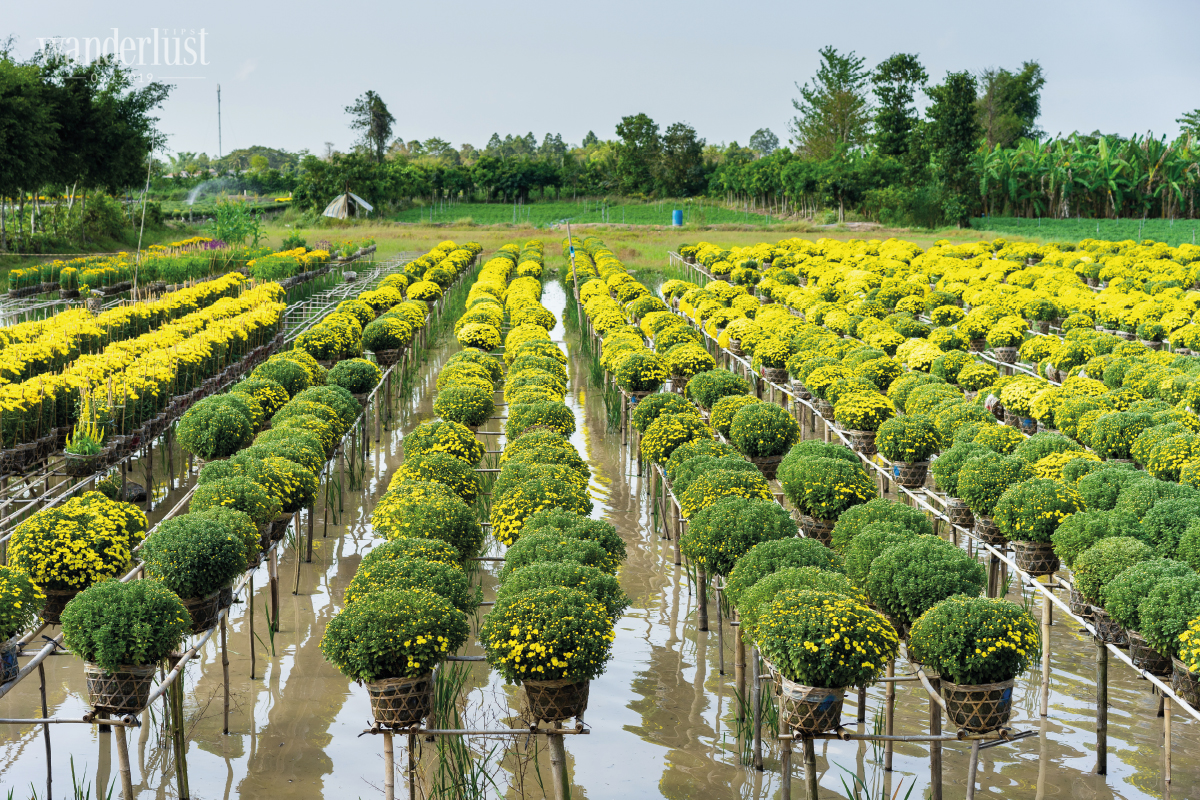 We were so lucky to meet Cuong – a young local who currently manages a fan page named “Sa Dec Flower Village” with over 10,000 fans on Facebook. Cuong is the fourth generation in a famous flower growing family in Sa Dec who after graduating in information technology in Ho Chi Minh City returned to his hometown to start his own flower-growing business which also offers tourism services. In the past, farmers only focused on growing and selling flowers, but since more and more tourists have come to Sa Dec, tourism services here have been developed. The gardens are more neatly arranged with flower gates and mini gardens being decorated eye-catchingly for tourists to take pictures as well as the garden houses, flower coffee shops, flower homestays and car hire services being developed and becoming more diverse. As a trendy intellectual, Cuong quickly captured the trend to provide services for tourists and became a professional tour guide. The schedule Cuong made for us was quite impressive, including visiting the beautiful famous flower gardens of Sa Dec, meeting the famous rose growing artist Tu Ton, trying our hand at planting flowers in the flower garden of Cuong’s family, enjoying flower coffee, staying overnight in a homestay, visiting the ancient house of Huynh Thuy Le and tasting special dishes. Cuong not only offered us an amazing sightseeing trip but also inspired in us the enthusiasm of a young person who loves the beauty of his homeland.

Sa Dec not only attracts tourists with flowers or the rustic beauty of the Mekong Delta, but it is also well known from the novel “L’Amant” (The lover) published in 1984 and the film of the same name released in 1992. “L’Amant” by the famous French writer Marguerite Duras tells of her first love with a wealthy patron named Huynh Thuy Le living in Sa Dec in the early years of the 20th century. To this day, the ancient house of Huynh Thuy Le established at 255A Nguyen Hue Street in Sa Dec City is still preserved as a valuable trace of this famous love story. The house is a harmonious combination of Eastern and Western architecture, built in 1895 and restored in 1917, the entire surrounding wooden wall was replaced by lime and “ô dước” compound (made of lime, sand, adhesives, dó paper and activated carbon) and this structure has remained until today. The house is a destination that attracts many tourists, especially foreign travellers who have read or watched the sad love story of “L’Amant”. 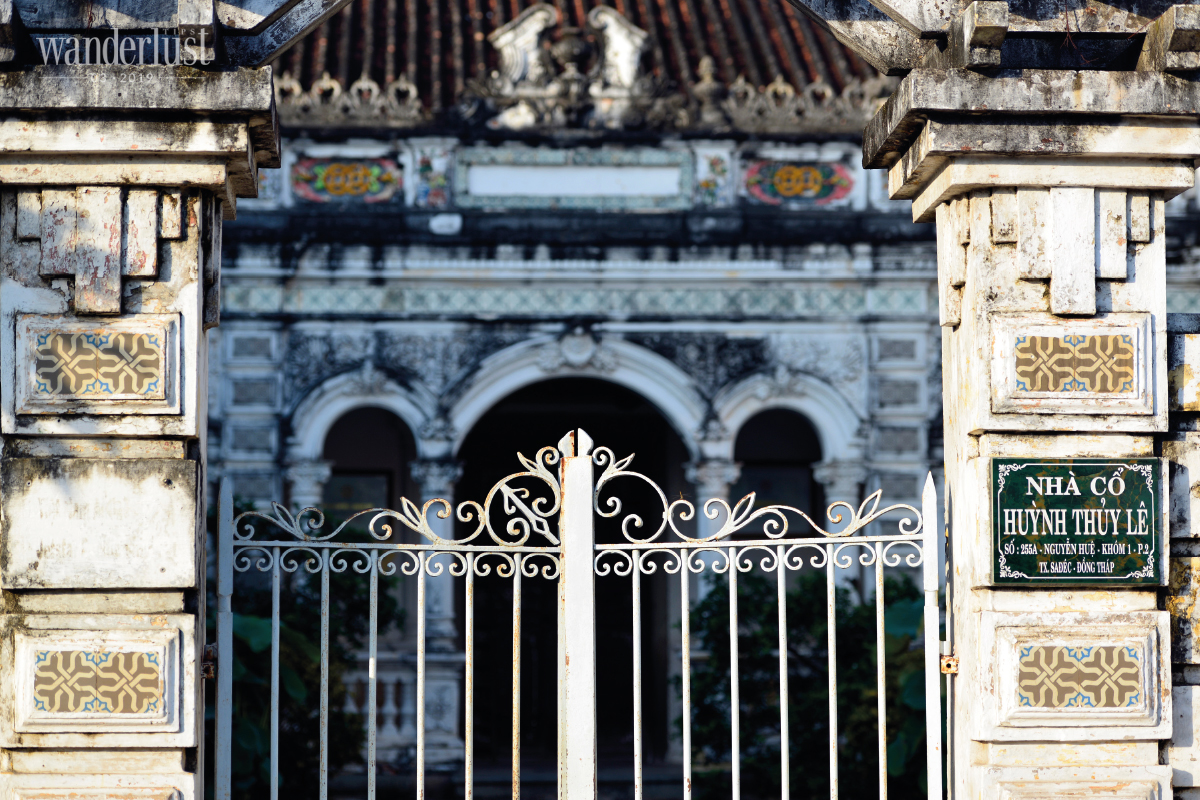 That night we stayed at Bamboo Homestay. It consists of about 10 bungalows built entirely of bamboo in the simple rustic architecture of the Mekong Delta region, surrounded by orchards, lakes and countless flowers. The rooms were quite basic and not luxurious but contained all the necessities. We also spent time talking to the owner, Mr Phong who is a retired teacher from Sa Dec and intently listened to him recounting stories of the history, culture and beauty of this land. The next morning, we woke up to the sounds of birds chirping and the fresh air. A cosy breakfast with vegetables and fruits grown right in the garden was prepared by teacher Phong and his wife. All of this entwined together creating our beautiful memories of the days we stayed in Sa Dec.

UNIQUE CUISINE OF THE MEKONG DELTA 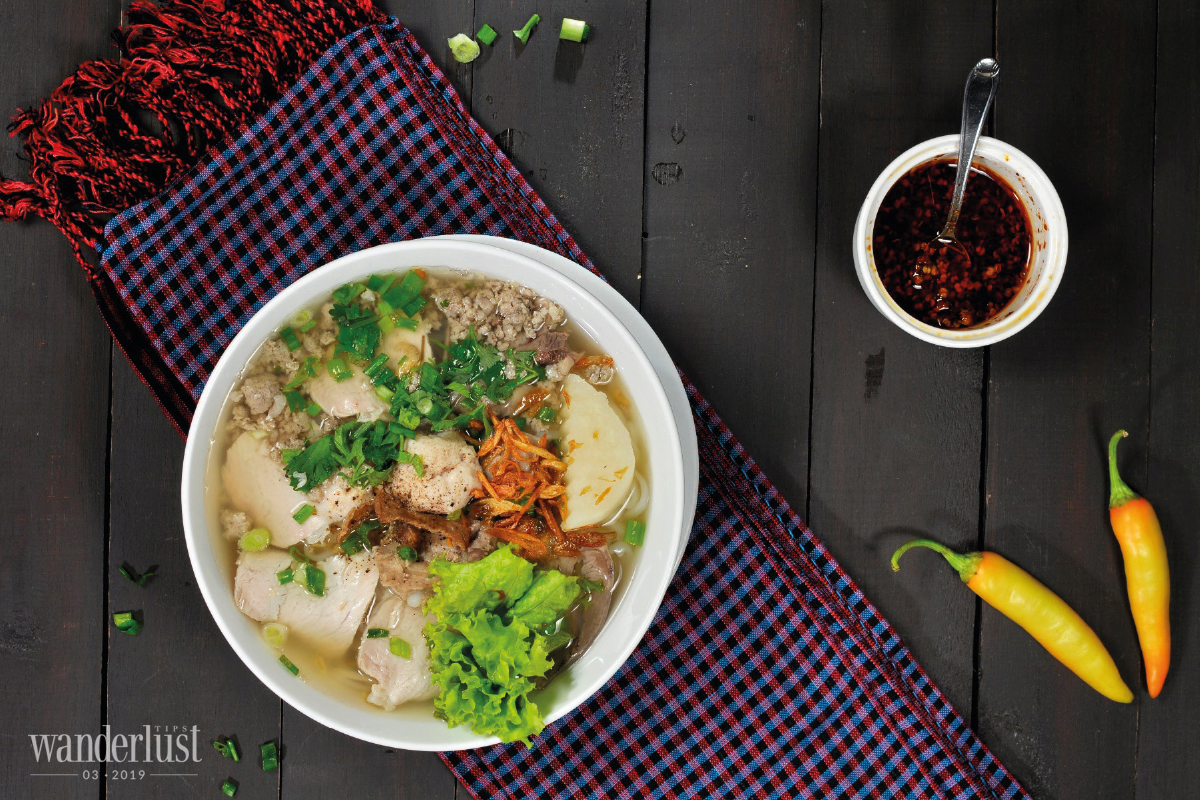 When visiting Dong Thap in general and Sa Dec in particular, you should definitely not miss the local specialities here. In the flood season, you have to enjoy a hot pot of Carp cooked with Sesban or a bowl of vermicelli served with water lily and poached fish. Carp, Sesban and water lily are seasonal products which are only available when the waters of the Mekong river from upstream flow here, bringing along much needed fertile silt. And do not forget to try Sa Dec hủ tiếu (clear rice noodle soup) with its soft white noodles and sweet yet not fatty broth.

If you are an adventurous person, don’t be afraid to enjoy an unusually strange food, both literally and figuratively, vole (field mouse) meat. For the locals here, vole meat is a typical dish of the countryside sold quite often on roadsides, especially in the flood season and after each harvest. The meat can be incorporated into a variety of dishes such as stir-fried vole, shredded vole, grilled vole, fried vole, stewed marinated vole, boiled vole with fermented rice and the most special dish to mention, roasted vole. A fat vole was cleaned and marinated with spices then hooked into a large jar. As it cooked the jar turned steadily, fat and spices were added and about 1 hour later the vole turned golden brown. When the voles were cooked to perfection, opening the jar, we saw the vole had turned golden and had a fragrant aroma, then they were garnished with salt mixed with lemon and pepper, Vietnamese coriander and green banana. Its skin was crunchy, the meat was as tender and as delicious as sambar deer, hence the locals also call it “sambar deer of the countryside”. 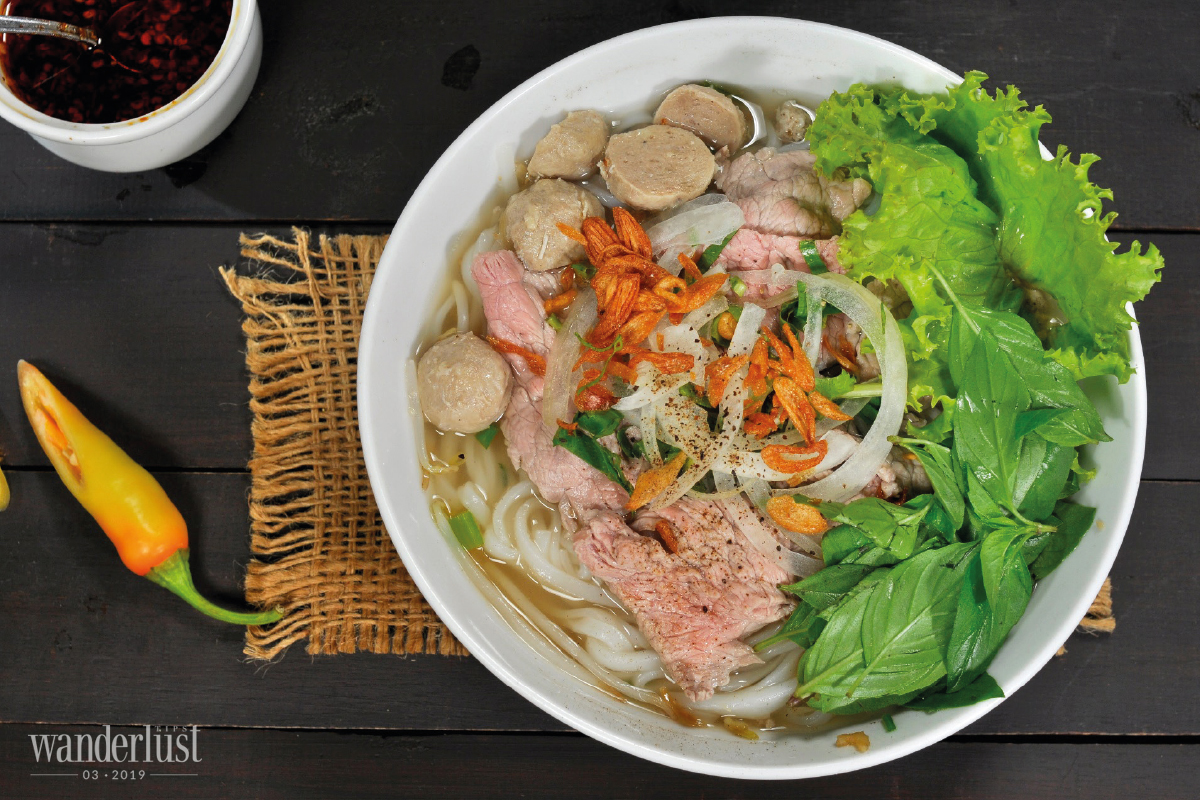 As a passionate tour guide, Cuong also led us to visit some dessert shops, which no one at our age can resist, offering ice cream, pancakes of the Mekong Delta and Vietnamese fried shrimp cakes. We will never find the unique tastes of these local specialities elsewhere in this S-shaped country.

Saying goodbye to Sa Dec – a wonderful land with beautiful flowers and the amazing hospitality of the locals, we continued our journey to other tourist attractions in Dong Thap such as Cham Chim National Park, Gao Giong eco-tourism area, Lai Vung tangerine garden and Phuoc Kien pagoda (La Sen pagoda). Our extended journey brought us beautiful and unforgettable experiences.

>> From Hanoi, visitors can take a car, train or plane to Ho Chi Minh City. Then you can catch a bus to Sa Dec (about 160 kilometres from Ho Chi Minh City), or if you are a good driver, you can rent a motorbike and ride to Sa Dec.

>> In Sa Dec, you can easily rent a motorbike or bicycle at a reasonable price for sightseeing and exploring the city.

Sa Dec accommodation services are still not well-developed; however, there are several options for you such as: 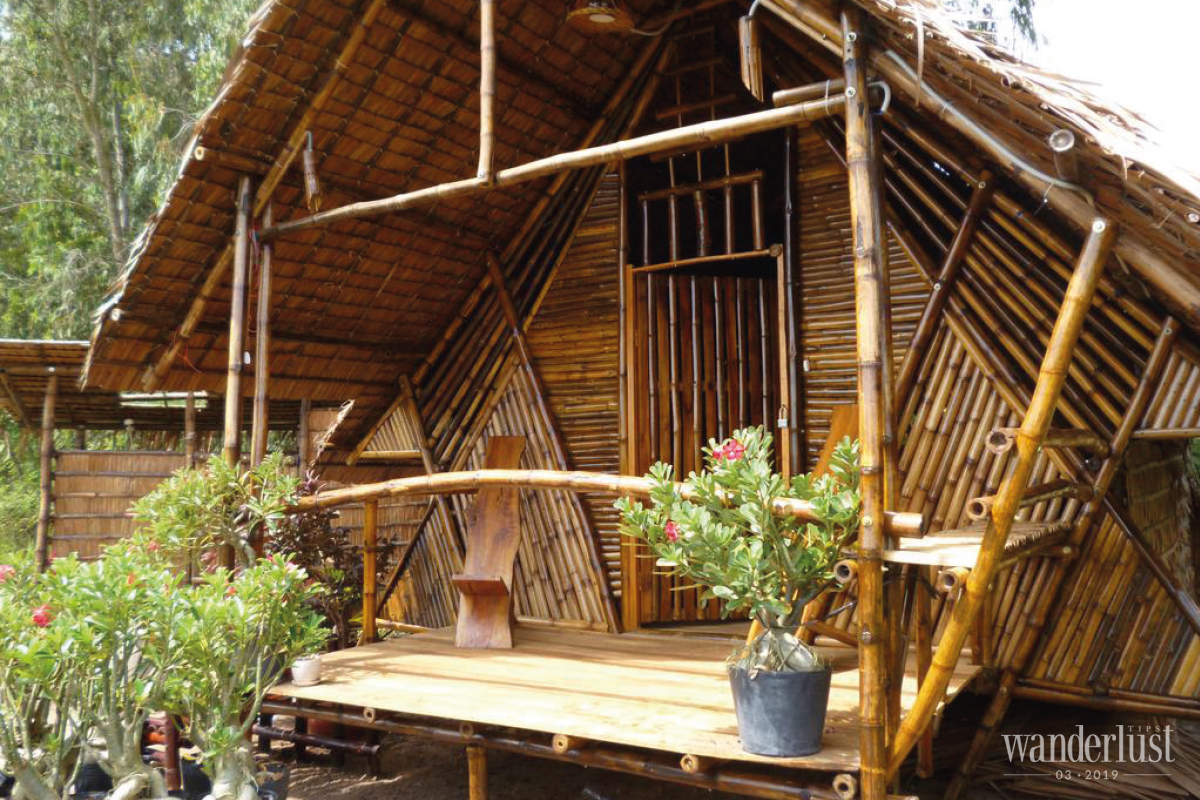 If you are a keen photographer, here are some ideal times for you to take photos of locations in Dong Thap:

>> 10am: taking photos of Sa Dec ceramic and brick kilns