Say goodbye to the year which is coming to and end and welcome in a new year filled with happiness.

Holi, the festival of colour, is one of the major festivals of India and is celebrated across the country as well as in Hindu communities around the world. This vibrant festival symbolizes the triumph of good over evil and is a celebration of equality with festival goers covering each other in coloured powders and getting drenched in water. 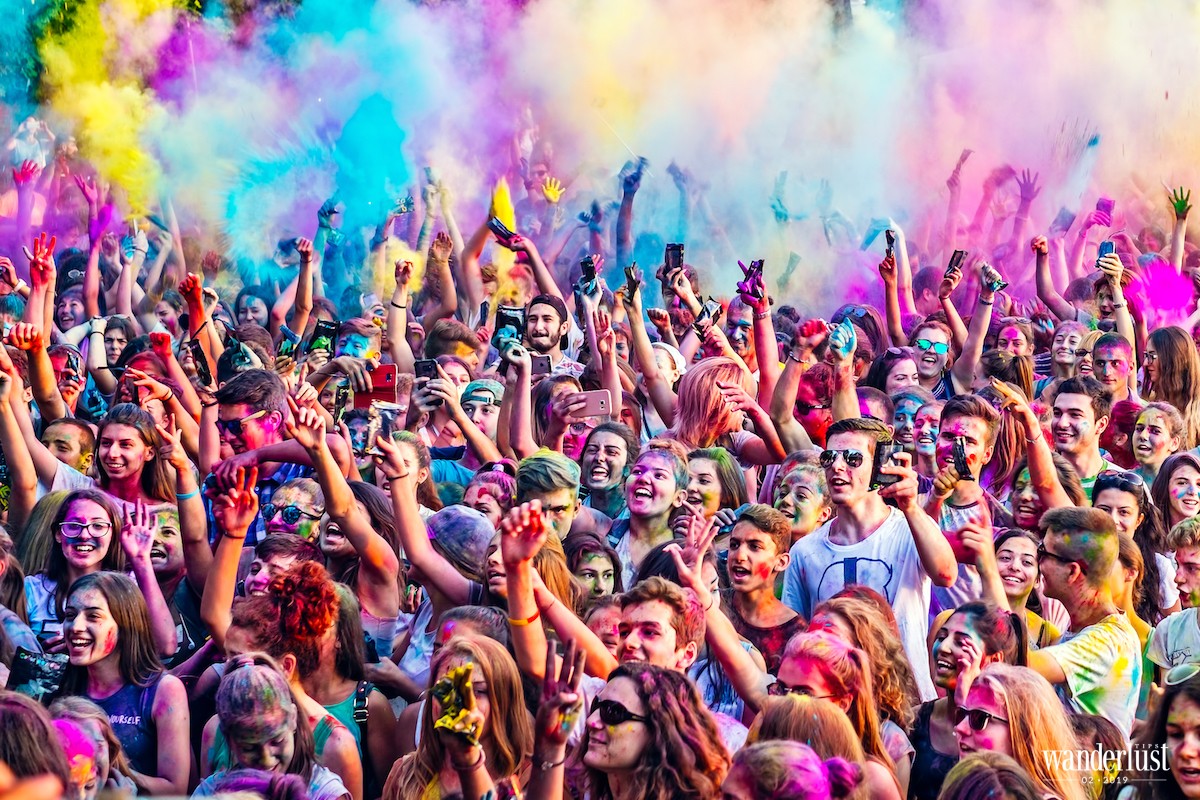 Time: The full moon in March each year.

Location: The festival is held almos everywhere in India, but the largest venue is Mathura which is about a 4 hour drive from Delhi.

Until its revival in 1980, Carnival, established as a Venetian institution in 1296, had fallen into decline and had been almost forgotten for many years. Since its renaissance, this iconic festival has been held annually in the city of canals to this day. During the carnival, Venice bursts into life in a sea of brilliant colours from the unique masks which are traditionally made of leather or paper mache. Today, however, they are also made of Gypsum and gold leaf and then adorned with feathers and gems. 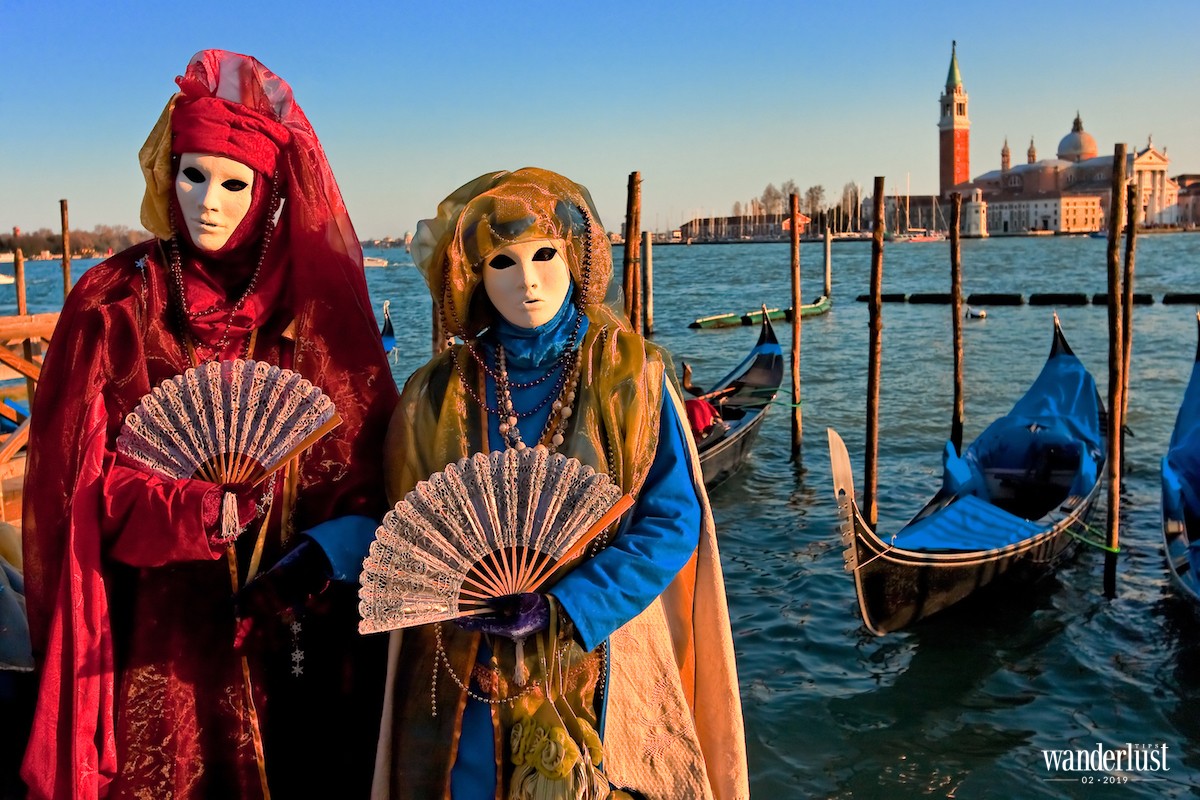 When spring comes and the weather warms, it is time for the grass on the hillside of Nara’s Mount Wakakusayama to be spectacularly set ablaze when the revered Wakakusa Yamayaki takes place. At the beginning of the festival, torches are lit in ritual from a sacred fire by monks at the nearby Kasuga Taisha Shrine, who then carry them in procession to the bottom of Mount Wakakusa before lighting a bonfire and conducting a traditional ceremony. Then, the hills are ignited with the sacred fire which burn in entirety for the next 30 minutes or so. Because of Wakakusayama’s elevation over Nara, both the fireworks and the fire are strikingly visible throughout the city. 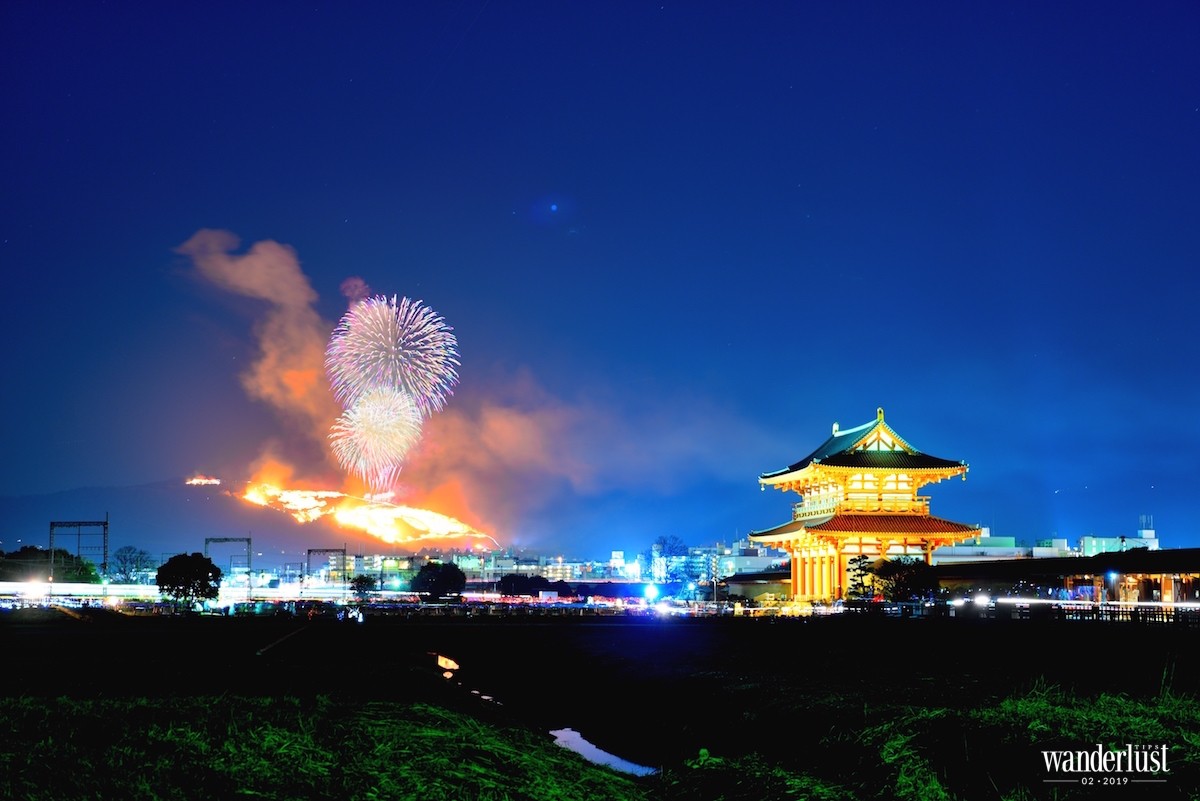 King’s Day marks the birth of King Willem-Alexander. It’s a day when all Dutch men and women wear something orange, and celebrate the festivities with city-wide street markets and parties. It is renowned for being one of the biggest festivals in the Netherlands. 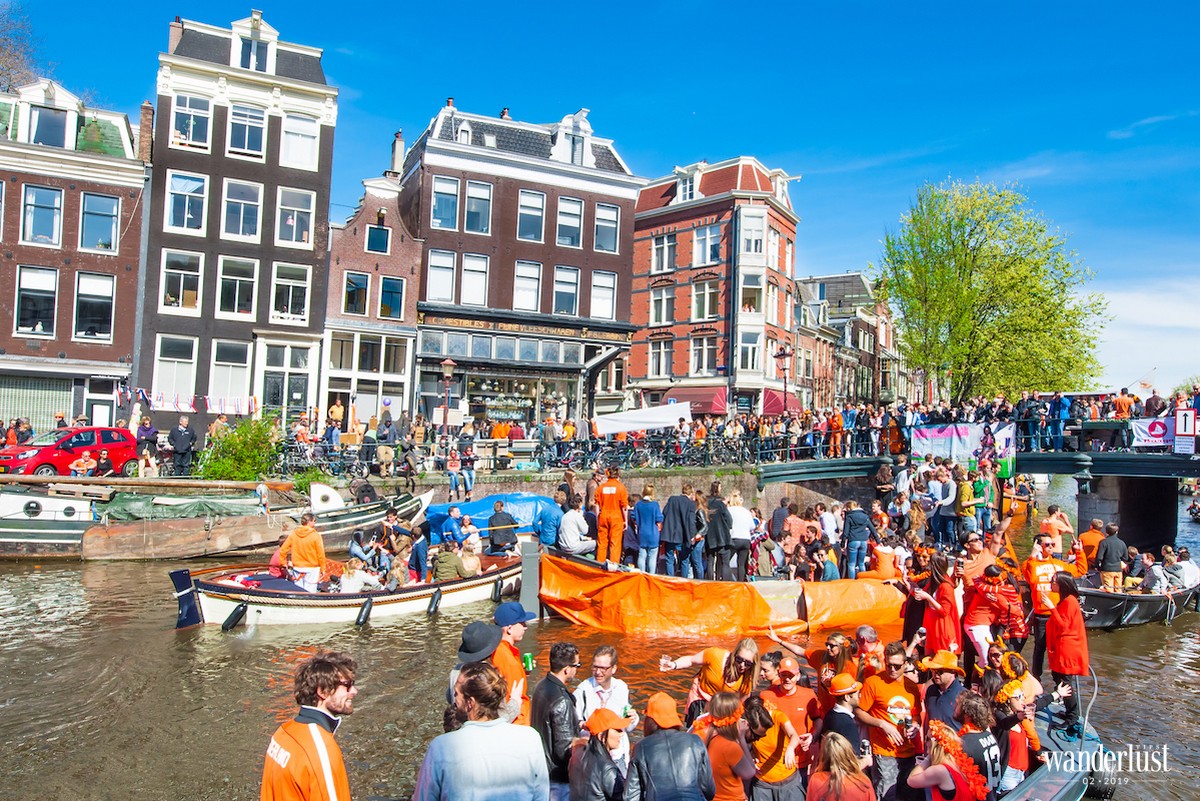 KATTENSTOET – FESTIVAL OF THE CATS | BELGIUM

During this cat-themed celebration, participants in the festivities often wear feline inspired costumes from the times of Ancient Egypt to the Middle Ages or even those of fairy tales. Store windows are lined with cats, from cat-shaped chocolates and marzipan to stalls selling all sorts of feline merchandise. 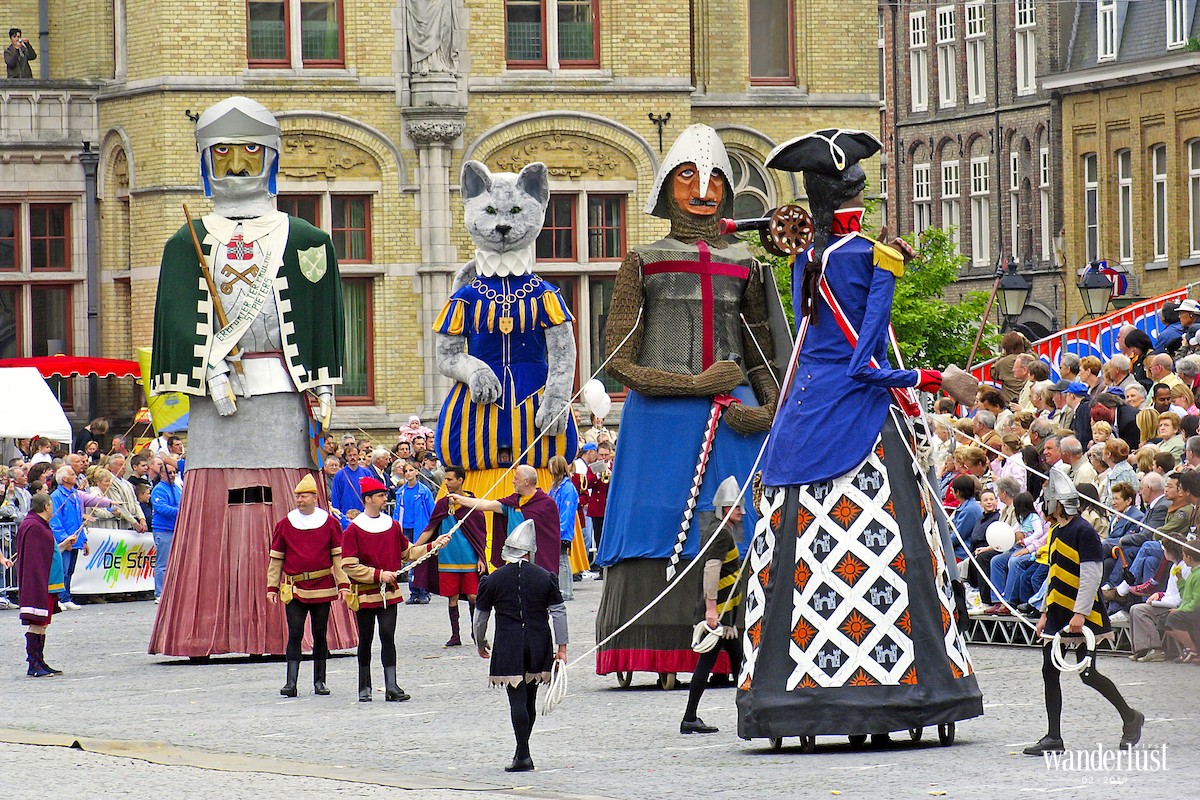 Bulgaria has long been known as the “Land of Roses”, as visitors are granted the opportunity to admire the beauty of this romantic and sweet scented flower throughout the country. Roses often bloom around the end of May to early June and when visiting Bulgaria at this time, you will feel as if you are lost in a fairy-tale wonderland of fragrant and colourful blooming flowers. Coinciding with this majestic time of year is the Rose Festival which is celebrated in the heart of the rose valley with activities including flower picking, parades, and folk dance performances. 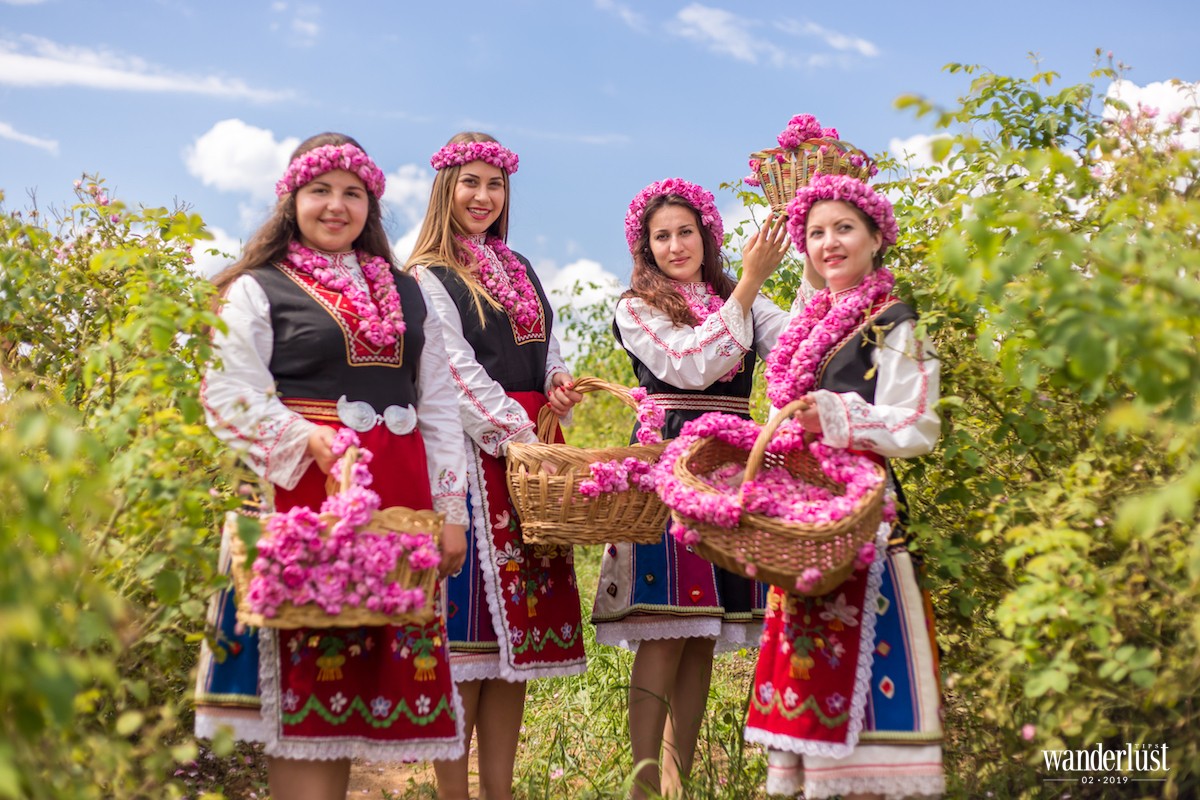 Time: At the end of May to early June when the roses bloom.

Location: Karlovo and Kazanlak in The Rose Valley, Bulgaria.

Uniting the world through mud as tourists across the globe flock to Daecheon Beach to join in the muddy activities of what has become Korea’s number one festival to visit. Festival-goers can enjoy the pure fun and entertainment of the mudfest with mud baths, mud slides, mud prisons, mud body painting, and even the opportunity to compete in a mud wrestling competition. The relaxation and excitement of soaking in the mineral-rich mud promises to be an unforgettable experience of the less ordinary for any traveller. 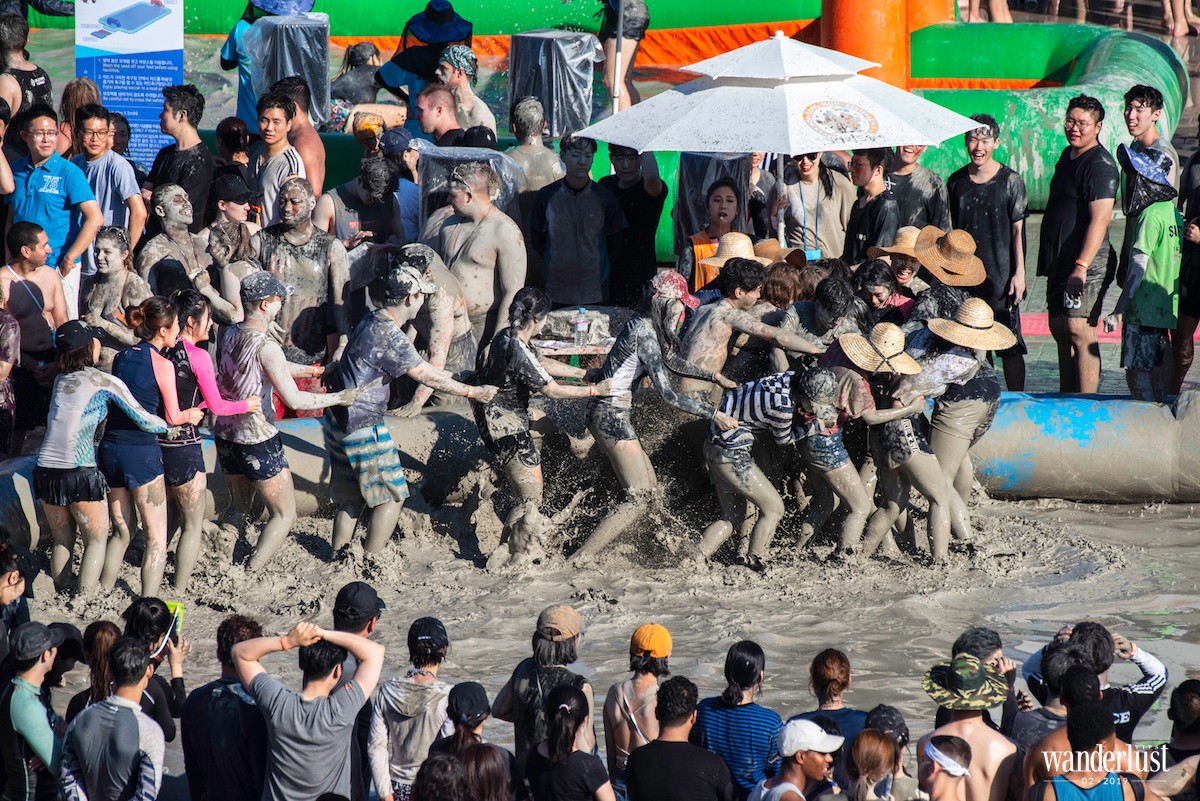 La Tomatina is the world’s largest, and probably messiest, food fight festival held annually in Spain. It is when everywhere in the beautiful town of Buñol is coloured by the red of tomatoes and filled with the happy screams of participants, a truly fascinating and memorable experience for all who take part. For all festival revelers two vital principles must be kept in mind: do not throw any hard objects, and all electronic devices and backpacks must be left behind. 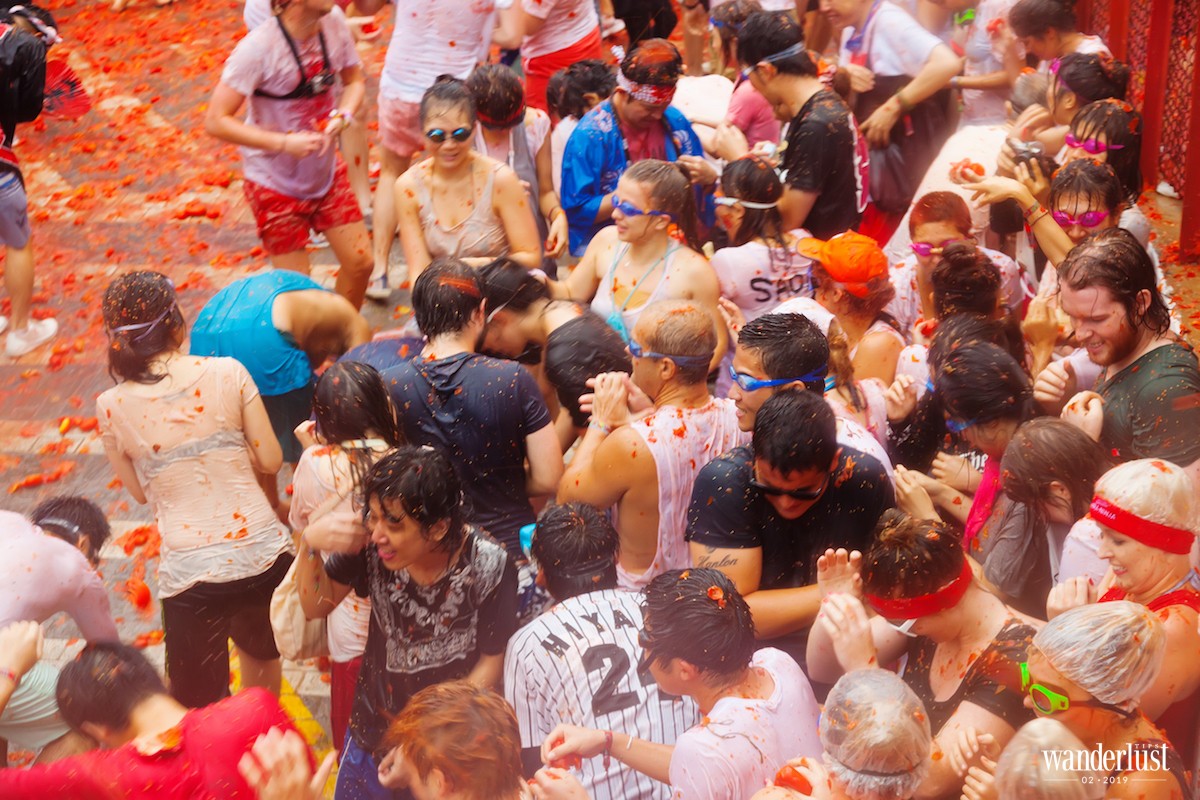 The Mid-Autumn Festival is a major festival which holds diverse meanings across Asian countries depending on the distinctive culture of the individual nation. It can be a holiday for children, a celebration of the harvest season, or even in some places this holiday is tied to mysterious legend. During the Mid-Autumn Festival, enveloped in the vibrant atmosphere and under the bright moonlight, people are filled with happiness and hope for the bright future which lies ahead. 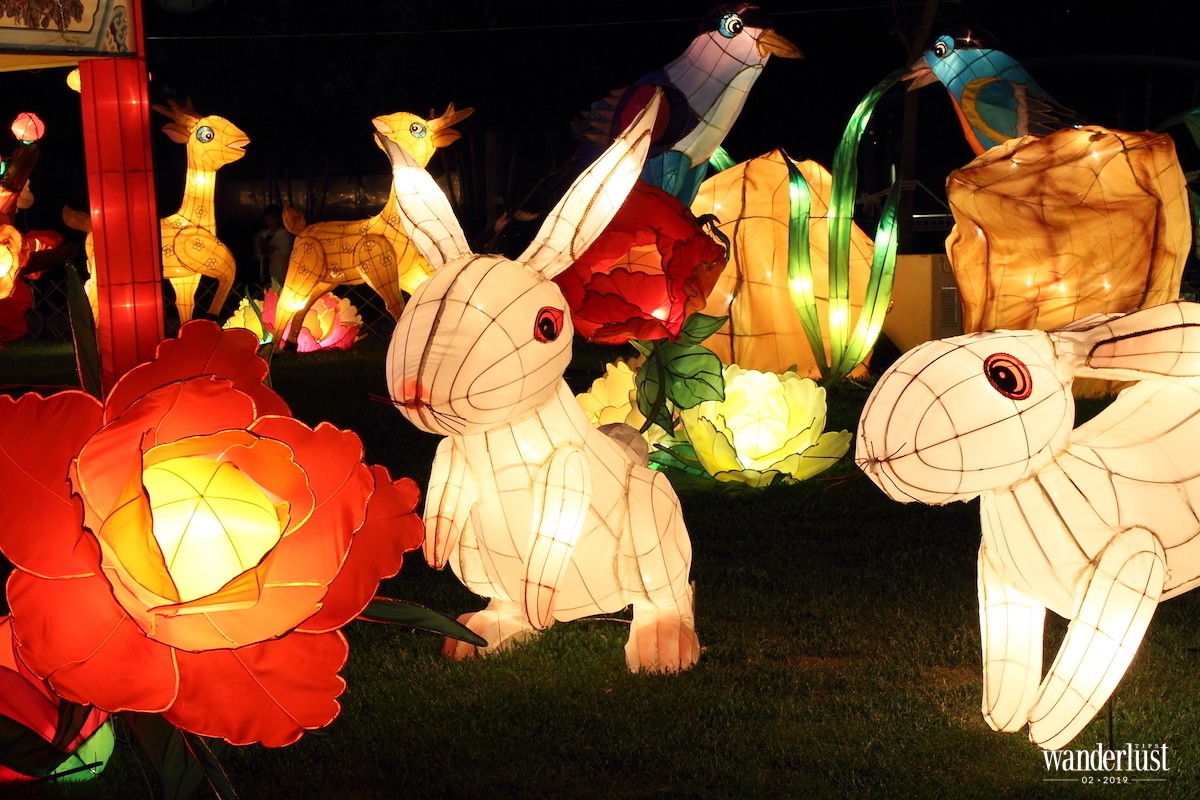 Time: 15th day of the eighth month of the lunar calendar.

Albuquerque is the world’s largest balloon festival, held annually in the first weeks of October. As a spectator at the festival, you will have the opportunity to see a picturesque scene of hundreds of hot air balloons of all shapes and colours ascending into the sky. A truly breathtaking sight to behold! 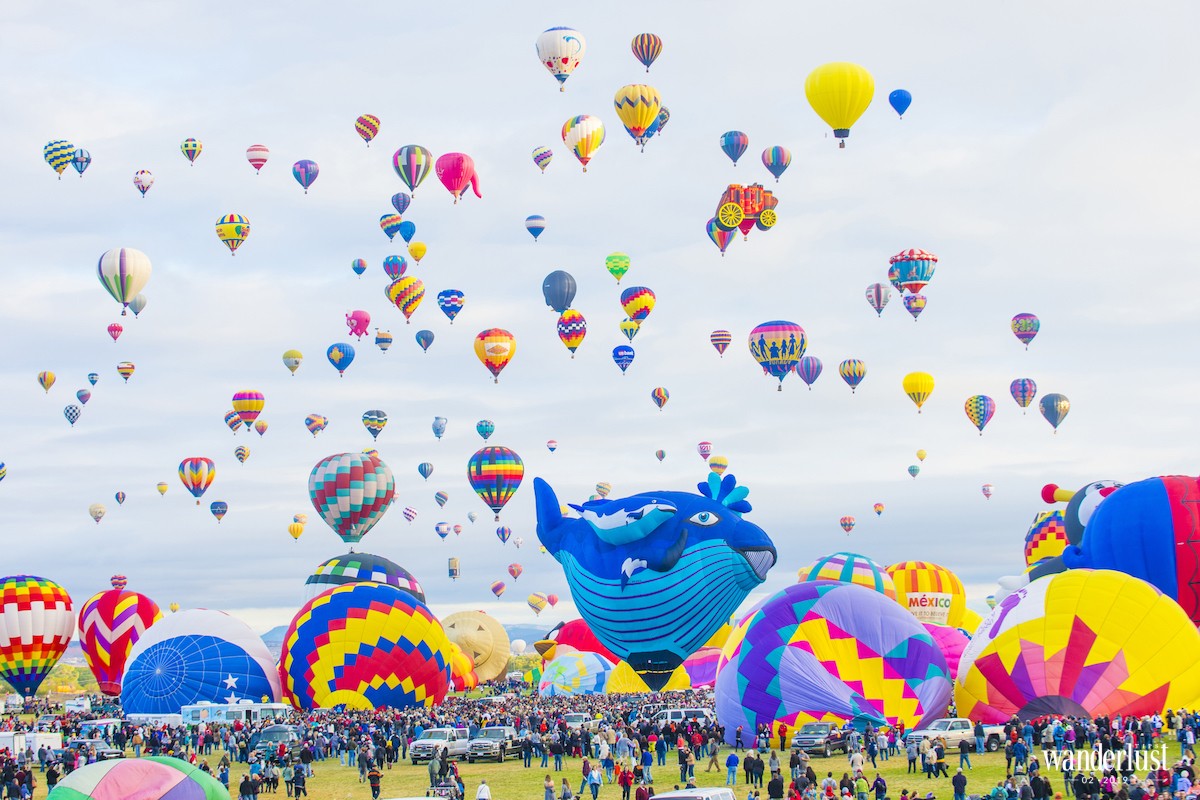 A one of a kind celebration in which monkeys delight in feasting on tonnes of fruit, jelly and their favorite drinks. Tourists are bystanders in watching the mischievous monkeys enjoy the banquet laid out before them. 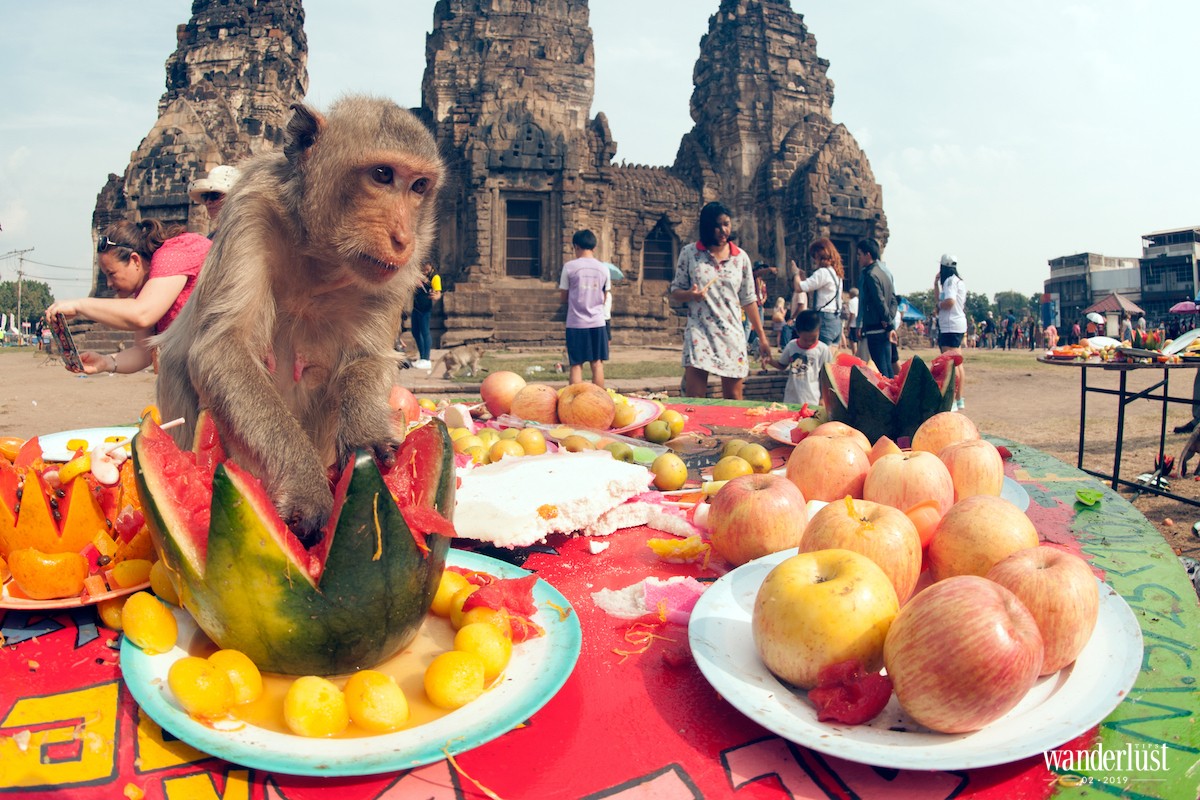 Christmas is celebrated to remember the birth of Jesus Christ in the Christian faith. It is also an occasion for family members to gather together, enjoying the traditional foods and music of the season. Typical traditions through the holiday season include people decorating Christmas trees with ornaments as well as colourful candles, and exchanging gifts with each other to celebrate Christmas. On visiting European countries at this time, travellers will be immersed in the Christmas atmosphere which is especially encapsulated in the beautiful Christmas markets. 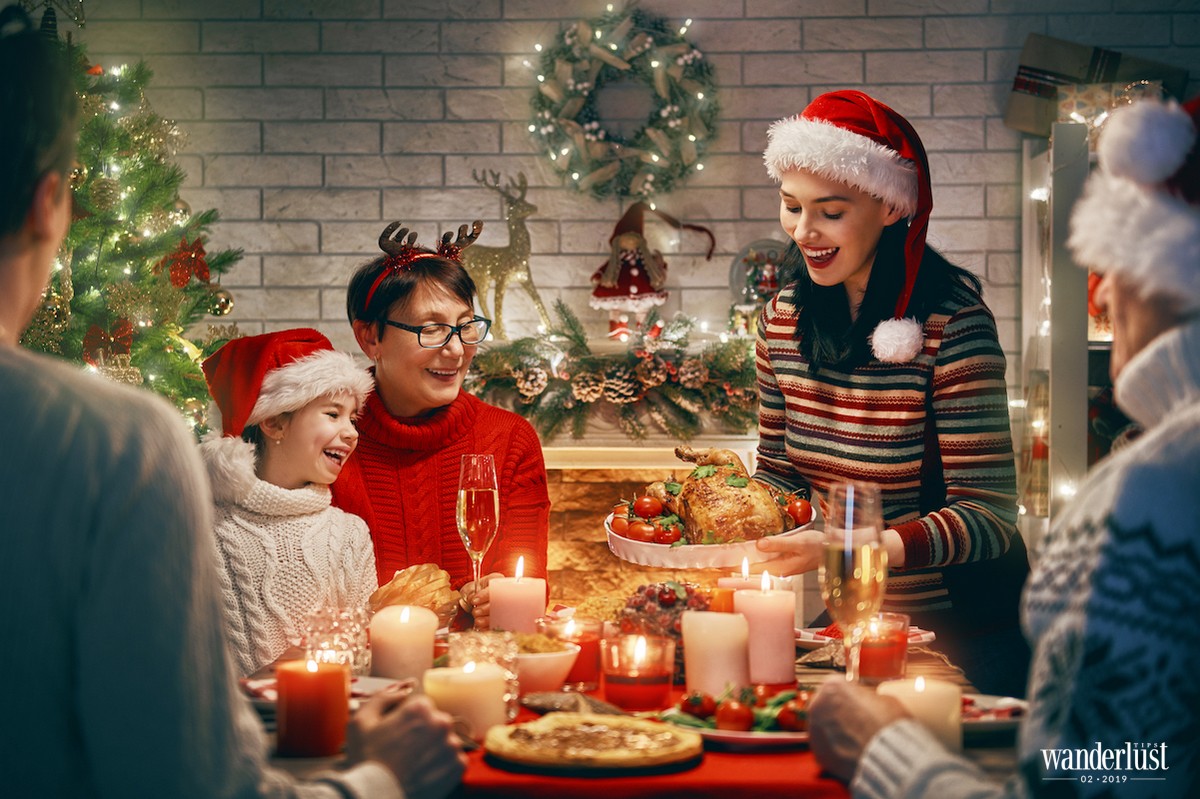