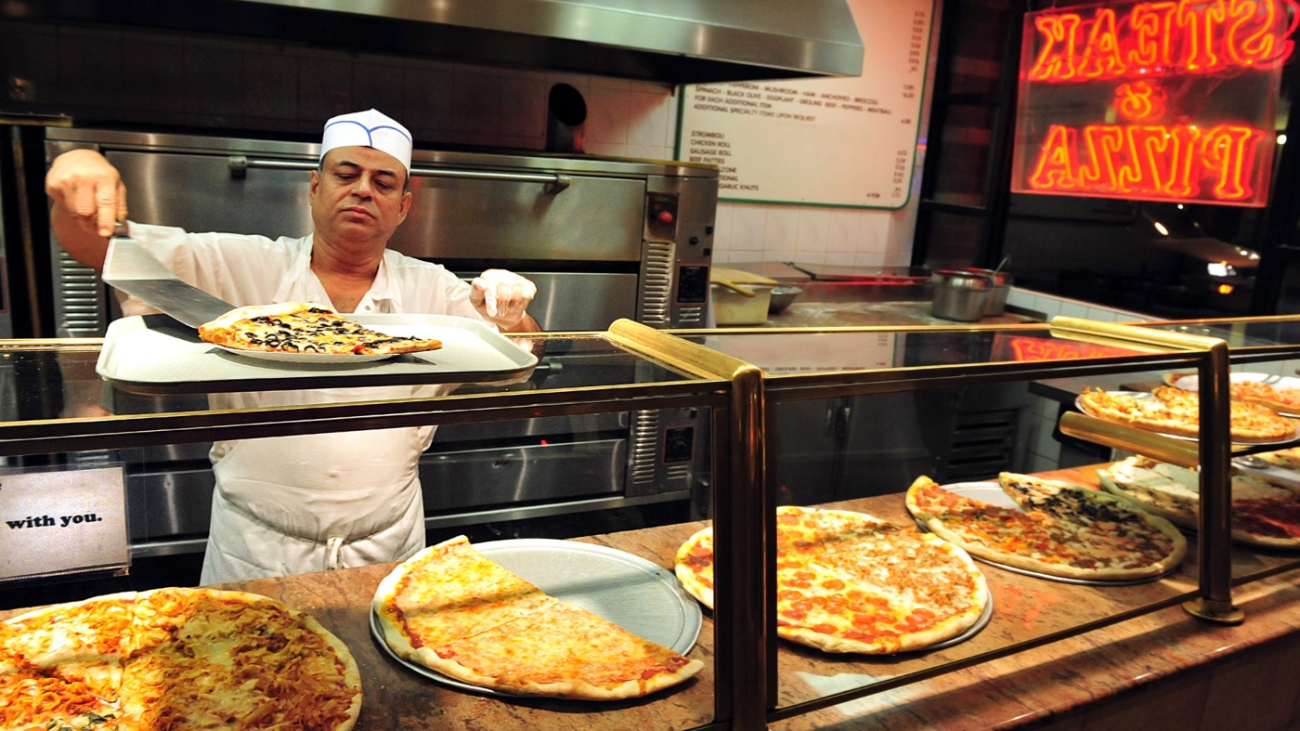 by Wanderlust Tips Team
with no comment
AMERICAN CUISINE

If you are planning to visit New York City for the first time and doing some researches about what and where to eat the most iconic dishes of this city, check it out in this article!

The cuisine in New York City is probably most famous for its bagels. Savory and crunchy on the outside while chewy on the inside, a classic New York Bagel is filled with a combination of cream cheese and lox. A bacon egg and cheese combo for a bagel is also a signature option. 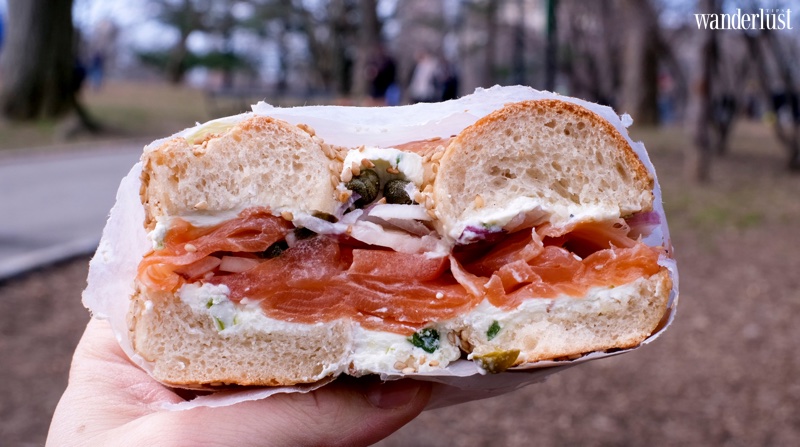 So, what makes bagels in New York special?

Besides bagels, you won’t probably miss a slice of New York pizza when you visit this city. Growing out of the Neapolitan pizza that the Italian immigrants brought here in the early 1900s, the New York-styled pizza is cut into large slices of triangle shape, with thin hand-tossed and flexible crust. People here often bend it in half vertically to eat, even while walking. 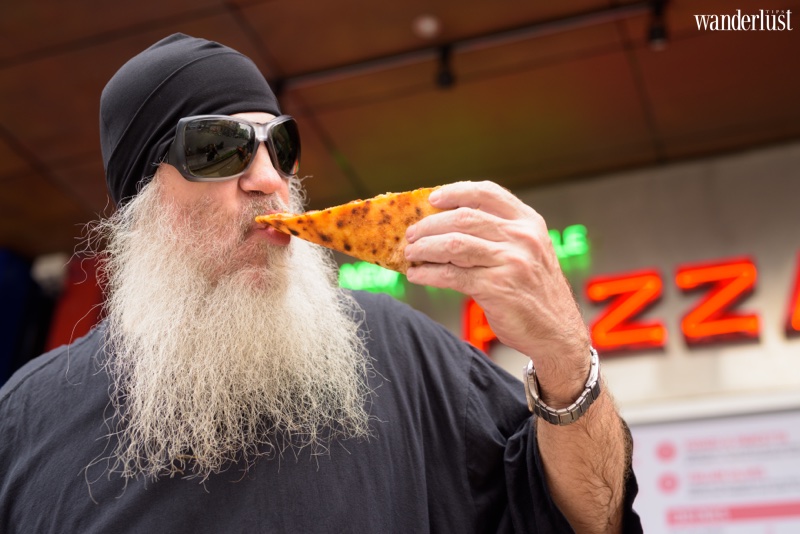 So, what makes pizza in New York special?

There is no definite answer on where is the best and most authentic new york pizza place. Everyone has their favorites and there are many good ones, try and find your own!

The first cheesecake in the world is believed to be made in Greece, not New York City. But this cake has become the favorite dessert of the New Yorker since the 1900s.

So, what makes cheesecake in New York special? 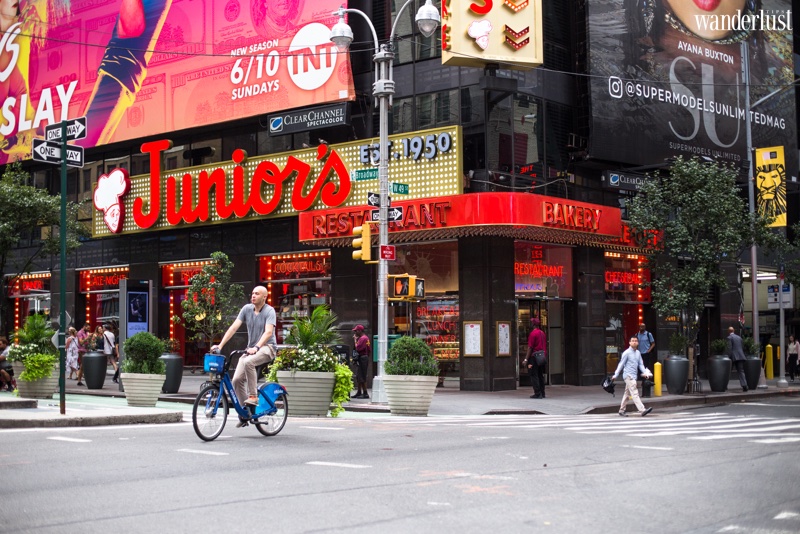 Looks like a cookie but tastes like a cake, the “black and white” cookie is closely associated with New Yorkers. This is a drop cake in the shape of a cookie, with a coating of chocolate and vanilla frosting or fondant bisected in the middle to keep the flavors apart. 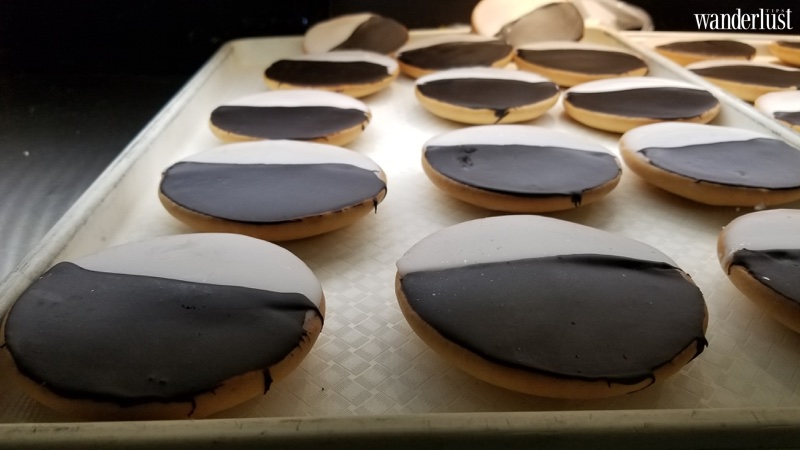 So, what makes the black and white cookie in New York special?

Hotdog was brought to the New Yorkers by the German immigrants in the 1800s and popularized by Feltman’s of Coney Island. It’s not an ordinary hotdog with ketchup and mustard, but a natural beef hot dog with a distinct topping of sauerkraut, spicy brown mustard and sauteed onions.

So, what makes hotdog in New York special? 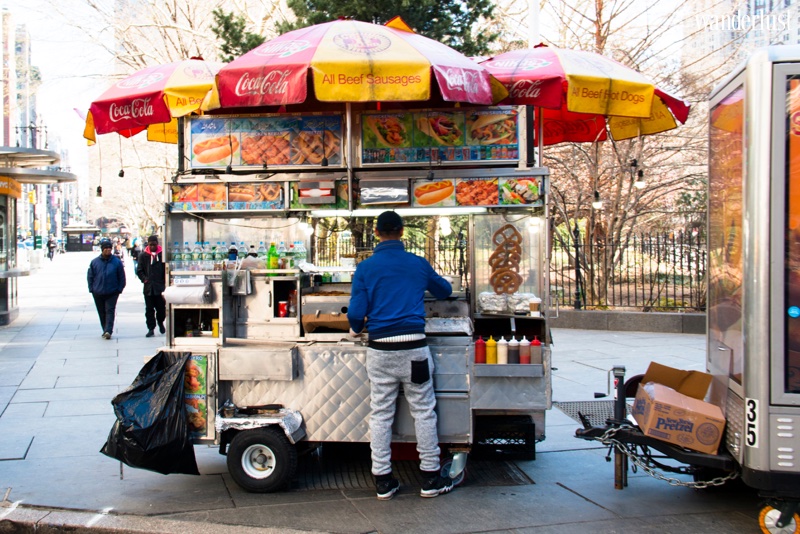 6. The New York Pastrami on Rye

This is a signature sandwich of New York – a symbol of the classic New York Jewish. Ordering a pack of pastrami on rye, you will have a mountainous stack of sliced pastrami placed of rye bread and topped with spicy brown mustard, served with a kosher dill pickle on the side 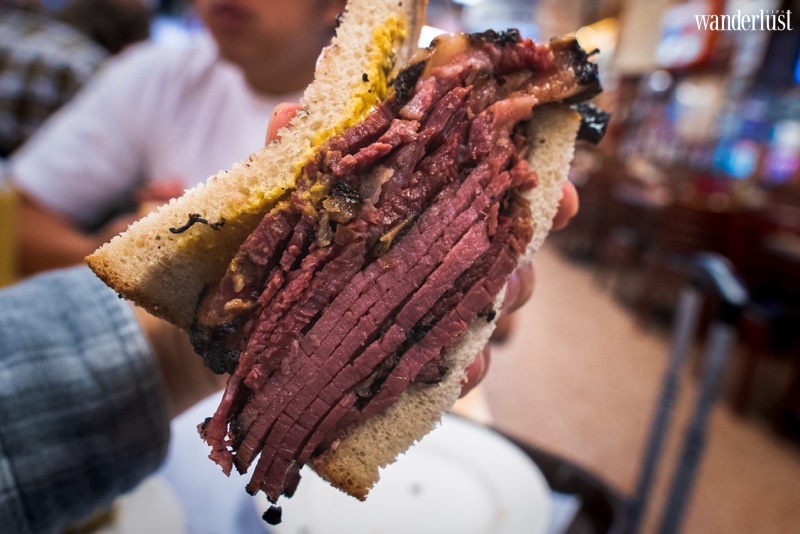 So, what makes Pastrami on Rye in New York special?