(#wanderlusttips #Moutainconquering) Gao Zhiyu, a 11-year-old boy who was lost his legs in an accident years ago, have amaze others by ascending a part of Moutain Lao near Qingdao city.

The impressive effort was made by 11-year old Gao Zhiyu from Jimo in Shandong Province and 32-year old motivational speaker Chen Zhou from Linyi. 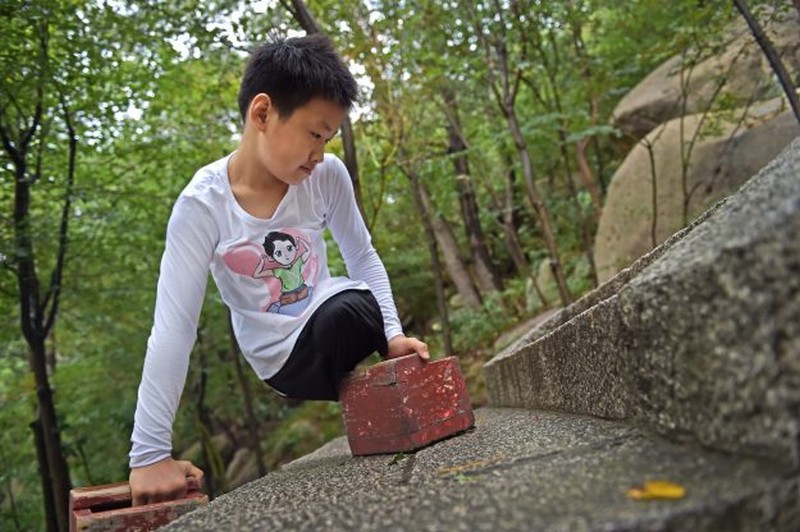 The pair ascended the mountain using wooden blocks with handle grips to walk and rest on.

Following over five hours of climbing, the pair arrived at a 900-metre high site at Mount Lao. The mixed terrain included steep sandy inclines and a number of stone steps.

Both of the climbers lost their legs in separate accidents when they were young. Having seen news about his past climbing efforts, Gao Zhiyu invited his hero to make the attempt with him, who gladly obliged to the delight of the 11-year old.

Chen is also a singer and a climber who has conquered over 100 peaks nationwide.