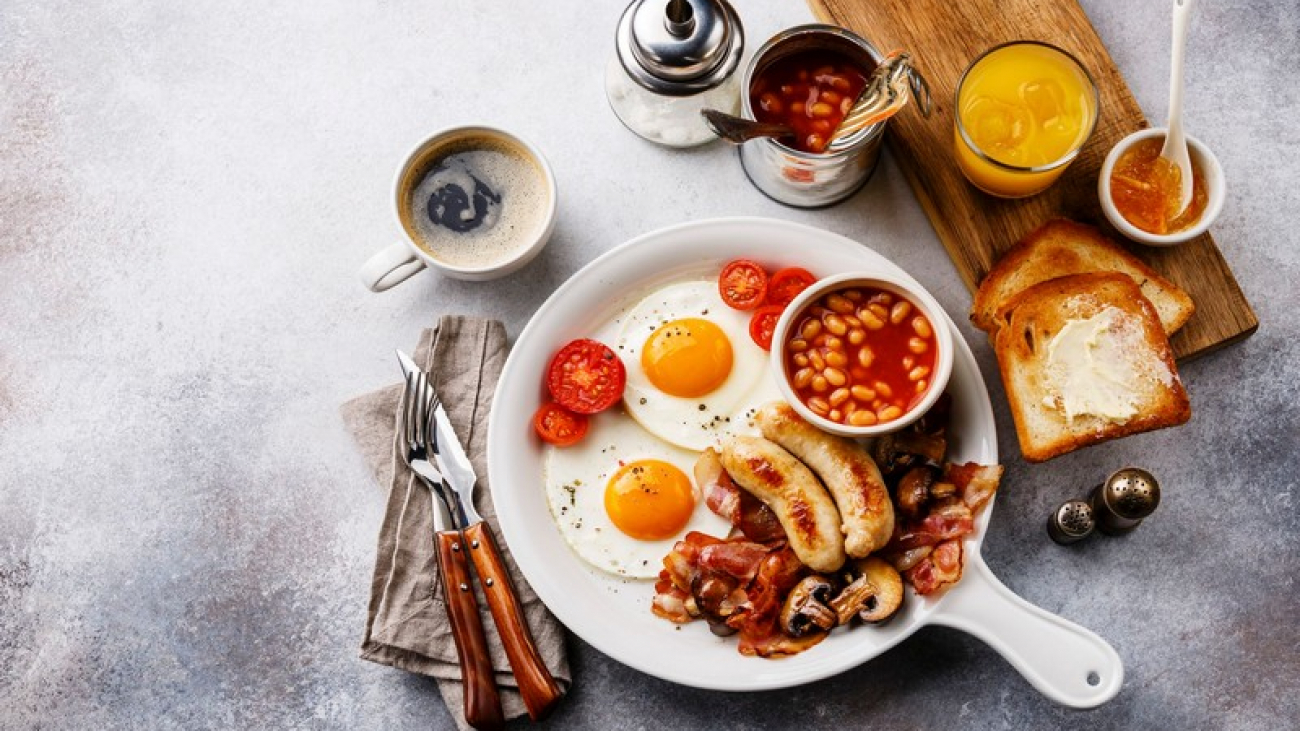 by Wanderlust Tips Team
with one comment
WORLD CUISINE

With traditional cooking methods and distinct flavours, English breakfasts are more and more popular on menus in hotels and restaurants. Here are the staple ingredients that you will encounter in a full English breakfast.

When it comes to a full English breakfast, English pork sausages are always a must which is historically and famously made in Cumberland, Lincolnshire and Yorkshire, amongst other counties. Commonly called bangers during World War Two, the quintessential English sausages had a habit of bursting open while cooking. There are many different variations of the English sausages, for instance, Lincolnshire sausages seasoned with sage, Oxford sausages mixed with veal and Glamorgan sausage from Wales, a vegetarian combination of breadcrumbs, leeks and cheese.

A traditional English breakfast just is not the same without traditional British back bacon. British back bacon is a combination of both pork belly and pork loin in one cut. A slice of back bacon often includes belly and loin in one beautiful piece of meat to create an unforgettable bacon-eating experience. Back bacon usually tends to be thicker and rounder in shape, making it one of the best-loved national foods in the world.

Aside from being eaten in many regions across the world as a breakfast or fast food, eggs and crispy toast are a famous couple of classic English breakfast ingredients. Instead of frying the eggs sunny-side-up, some restaurants serve breakfast eggs scrambled or poached. If you are making your breakfast at home, be sure to fry the bread after the bacon and sausage so that the bread soaks up the delicious grease leftover from the meat.

A full English breakfast would not be complete without mushrooms and tomatoes. A whole tomato cut in half will be seasoned with salt and peppers and then cooked until it becomes tender and crispy around the edges. The sweetness and acidity in the tomatoes nicely balances out the fatness on the other side of the plate. Furthermore, an eclectic mix of mushrooms fried in butter will make your plate look like an stunningly flavourful forest.

A true English breakfast often calls for canned baked beans. However, there is debate amongst connoisseurs of English cuisine over whether baked beans include on the list of must-have traditional breakfast ingredients or not because they are a soggy, mushy and wet mess. If you do choose to include them, it is better than serving them in a small ramekin on the side, so they do not spread across the plate.