Thanksgiving has played a significant role in the West for many years. Not only in the US but also in many other countries, Thanksgiving has become an important celebration to mark the beginning of a joyful festive season. 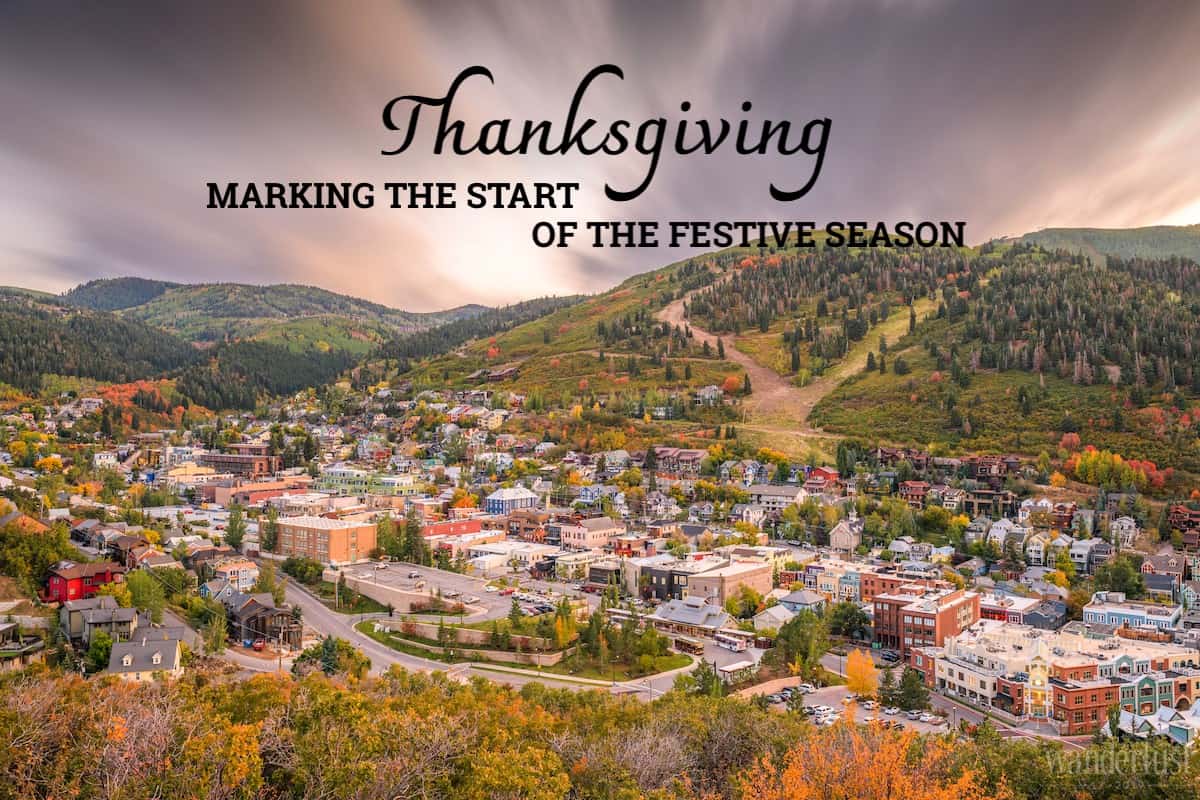 Thanksgiving is a national holiday and has a profound meaning for Americans and Canadians. In Canada, Thanksgiving is held on the second Monday of October, but the Americans usually celebrate the holiday on the fourth Thursday of November. Where did Thanksgiving derive from and why were these days specifically chosen to celebrate Thanksgiving each year?

There is a range of rumours about the origin of the first Thanksgiving. In theory, Thanksgiving is associated with harvest feasts in European countries. However, many people generally believe that Thanksgiving was started in 1619 when 38 English colonists moved to Virginia, the celebration started to thank God for helping them stay safe along the way. In North America, the feast was first held in Newfoundland to thank God for helping Martin Frobisher and his expedition team survive their journey from England. Legend also has it that Francisco Vásquez de Coronado and Texas organised a Thanksgiving party to celebrate their discovery of food in 1541. 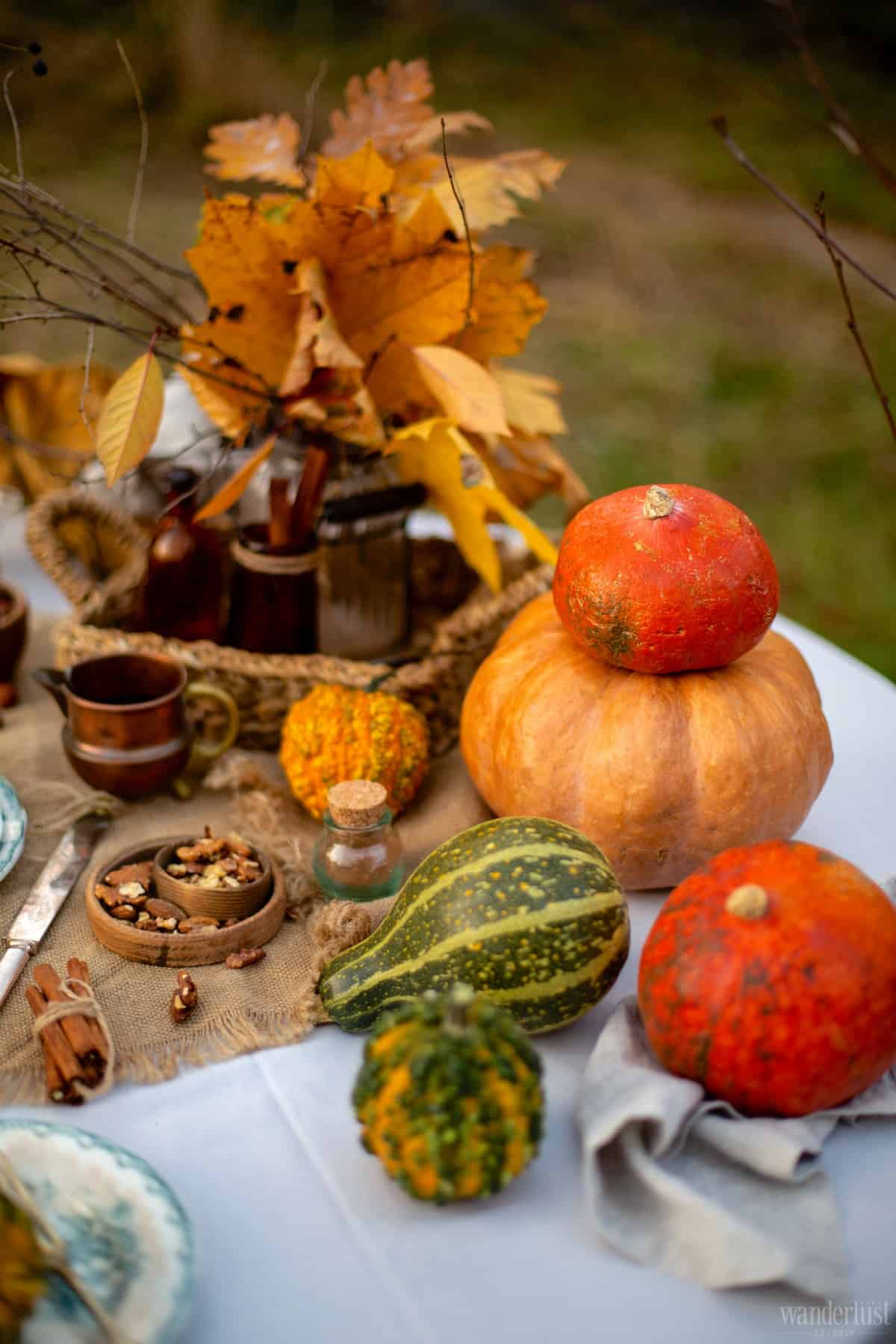 Many hypotheses for the Thanksgiving origin have been given, but most people believe that the celebration is to give thanks to God for blessing the successful harvests since 1621 in North America. On 28th September 1789, the first Federal Congress formally passed a resolution asking for Thanksgiving Day to be celebrated as a national holiday. A few days later, George Washington – the president of the United States issued a proclamation naming the 26th November as a “Day of Public Thanksgiving”, the first Thanksgiving was celebrated under the new Constitution.

Since 1863, the United States has considered Thanksgiving as a four-day holiday from Thursday to Sunday. This is a great opportunity for people to return and gather with their family as well as meeting friends after a long time of working and study. 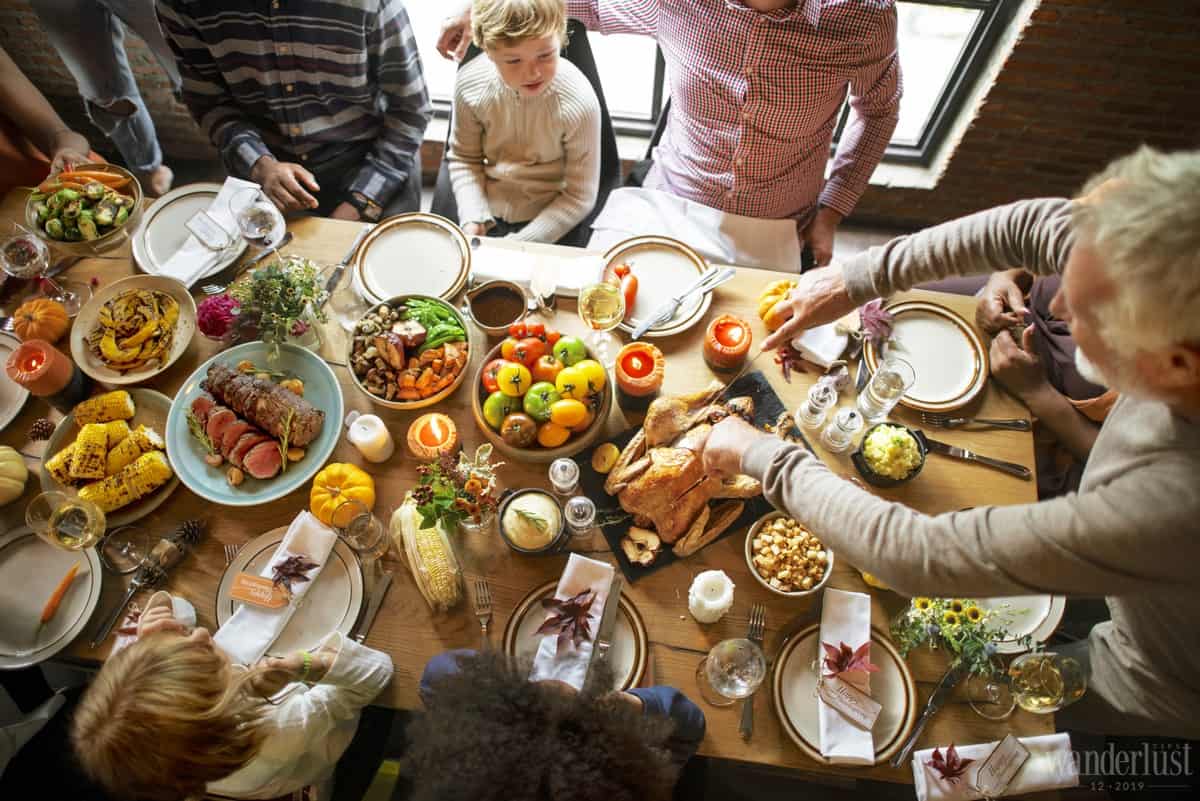 A far cry from other important holidays such as Independence Day or Christmas with an amazing variety of communal activities, for instance, fireworks and spectacular performances, Thanksgiving bears its own unique traditions. Every house on every street becomes crowded and the holiday brings a warm atmosphere. At this time, family members are busy cleaning and decorating their house as well as preparing a Thanksgiving dinner.

When thinking of the dinner table on Thanksgiving, we will immediately imagine a whole host of fascinating delicacies that have been talked about in many tales over the years. A giant roasted turkey, a dish of traditional pumpkin pie and an array of delicious dishes are spread out on the table. Enjoy delectable food and sip a glass of wine whilst cracking jokes as a fluffy blanket of snow covers the streets outside, it is truly the most beautiful time of year. With regards to the turkey – very much the secular symbol of the holiday, the turkey Pardon is also a must. Amongst the tens of millions of turkeys that will be killed for the holiday, one lucky turkey will be given another chance at life by the US president. 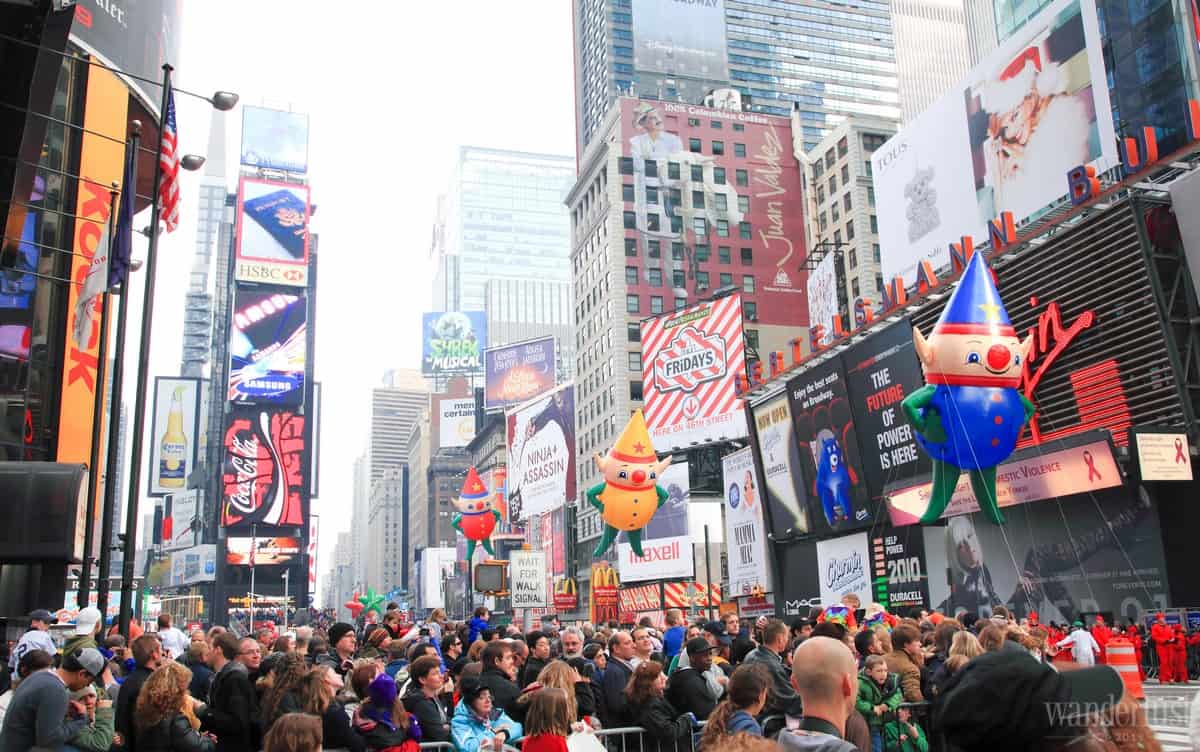 Black Friday – the day after Thanksgiving has been regarded as the beginning of the year-end shopping season in Western countries. The term “Black Friday” comes from the events that took place thanks to the terrible congestion as people rushed to the streets to shop after Thanksgiving in 1965 in Philadelphia, USA. Therefore, Black Friday has gradually become more and more popular. Many retailers offer discounted sales on Black Friday and consider it a golden trading opportunity, turning losses into profits. The first Macy’s Thanksgiving Day Parade was recorded live on NBC in 1924. The parade held by the Macy’s retail chain is home to a range of thrilling performances. Notably, people dressed in vibrant costumes such as giant balloons, animals or famous cartoon characters who then march through the streets in New York.

“Jingle Bells”, a hit popular at Christmas, was originally a Thanksgiving song. James Pierpont composed the song in 1857 for children celebrating Thanksgiving. Its title was “One Horse Open Sleigh”. 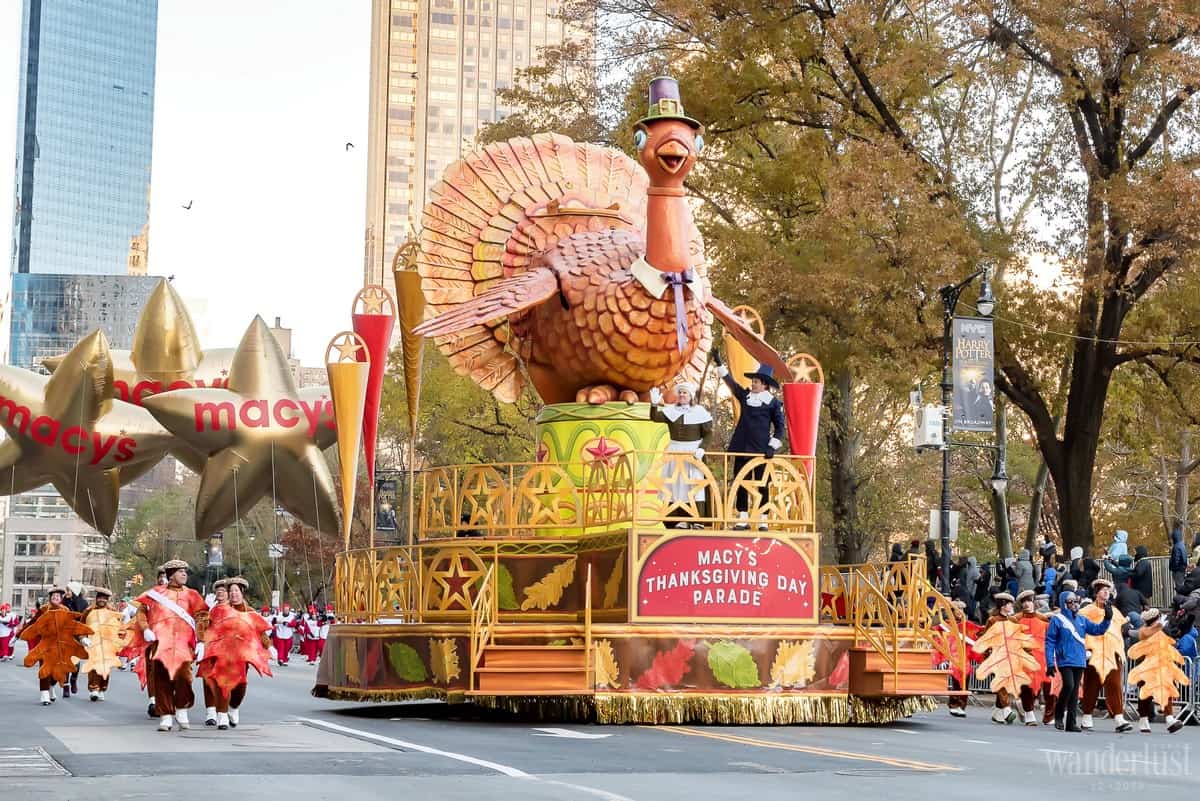 American football is a particularly important tradition on this important holiday. The whole family will gather around the TV to watch and comment about the dramatic game together on Thanksgiving Day.

Frozen meals were often derived from leftover Thanksgiving food. When a food company could not consume the turkey leftovers, they had the idea to add them into individual meals served with a few vegetables and seasonings for sale.

Thanksgiving is not just an ordinary holiday where people gather and enjoy delicious food, it also beholds an extremely profound meaning. Thanksgiving is a great opportunity for everyone to gather together and celebrate their achievements after working hard, it is a precious and sentimental time to switch off from the chaos of everyday life. It is a special occasion when children return to their parents, grandchildren visit their grandparents and friends reunited after not seeing each other for a long time.

THE DIFFERENCES BETWEEN AMERICAN AND CANADIAN THANKSGIVING 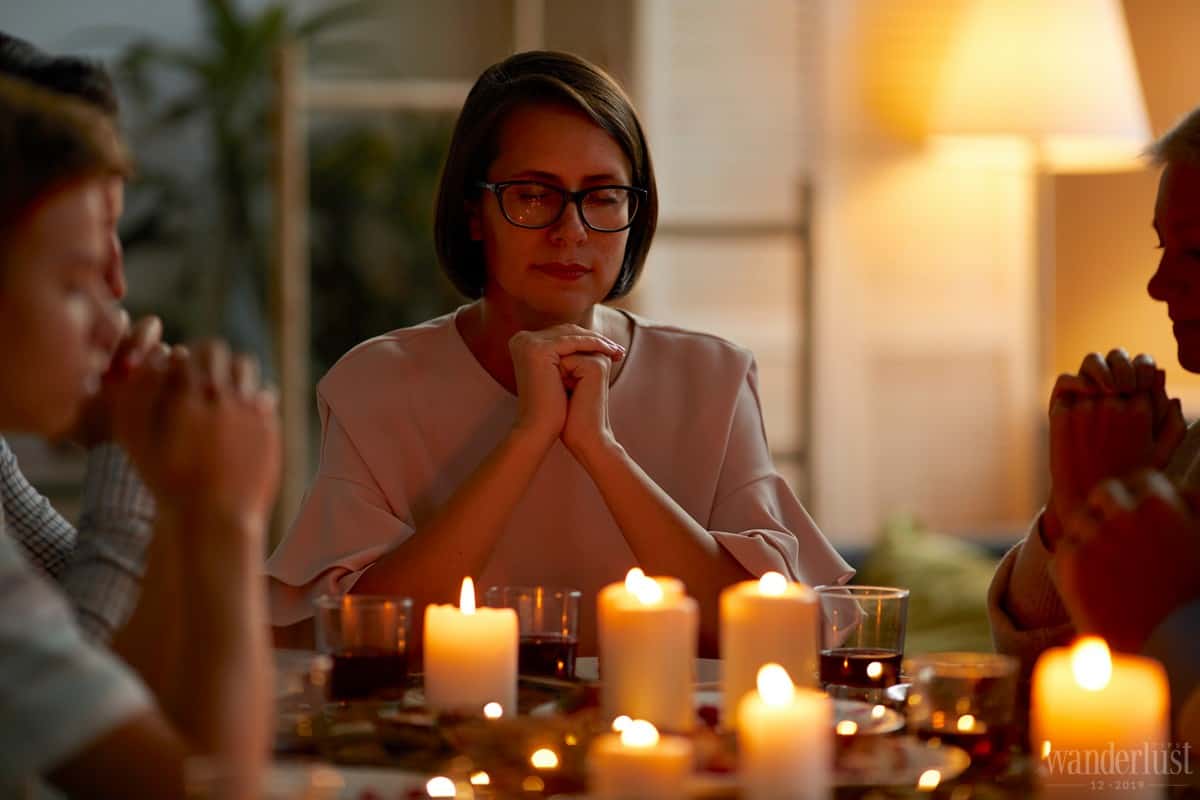 >> The fourth Thursday of November.

>> No matter where Americans are, they will visit their families.

>> The second Monday of October.

>> There are not many differences between Thanksgiving and any normal day.

>> Canadians will wait until Christmas to visit their family.

>> Because Canada is farther north and the harvest season comes earlier than America.

>> For Canadians, Thanksgiving is a long weekend.

>> For Canadians, Christmas is the best time for a long-distance trip.