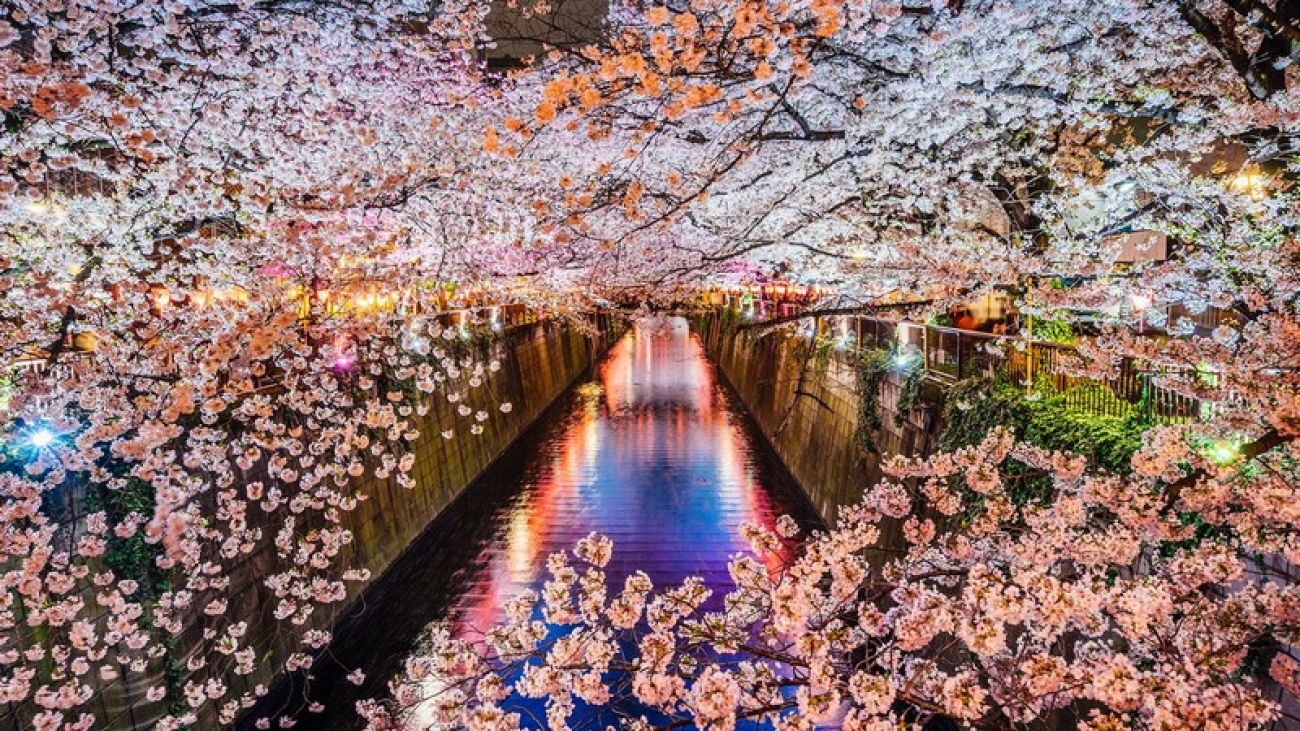 Japan is a famous destination in the world with a its rich culture and unique cuisine. The country has three different monikers which are widely used, but it seems like only someone knows its real meaning.

The real name for Japan (in Japanese) is Nihon (日本) these characters mean “sun origin”. This can be loosely translated into English as “land of the rising sun”. 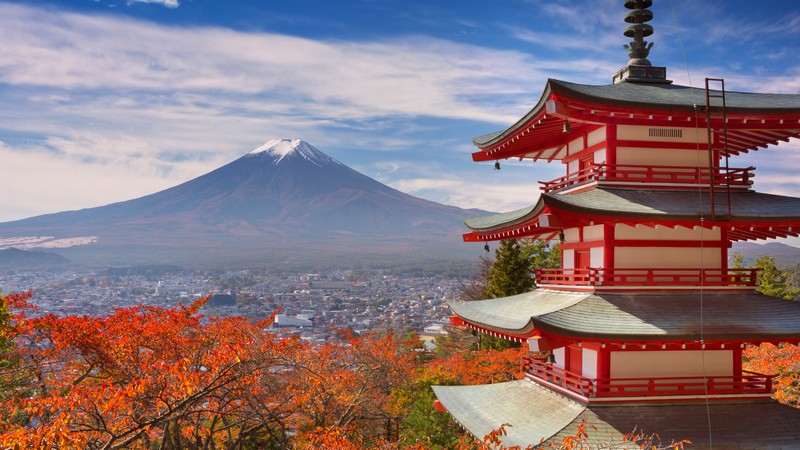 Japanese language originally referred to Japan as wakoku (倭国). These characters mean “country of the wa”. Wa was an ethnic group that lived in Japan during the Three Kingdoms period (220 – 280 AD). The name Nihon was first used in correspondence with China. With time it gained popularity and became the name for Japan (in Japanese). The name is the inspiration for the Japanese flag.

Several Chinese texts of this era also refer to Fusang or Fousang, a mysterious land in the east. Buddhist missionary Hui Shen, for example, talked about a land he went to by ship 20,000 Chinese li to the east. Some people have said this was America, though more likely this was just another name for Japan. 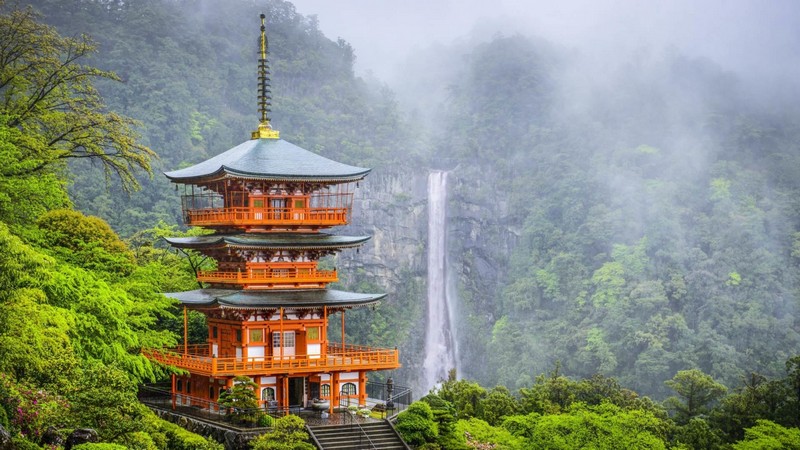 Now, even though China knew that Japan existed, it was still a pretty wild and barbaric place. China didn’t know a whole lot about that area, and it was still a mystery. That’s why we’ll see multiple names for Japan during the same times; including ones that are super fantastical like this one.

In Chinese mythology, this “Fusang” is a divine tree that exists in the East where the sun rises. This at least shows that Fusang, wherever it is, is in the east. It also helps that this legend refers to the sunrise, because as you’ll find out later, Japan’s name all about the origin of the sun these days (Land of the Rising Sun). Even to this day, you’ll see some references to Fusou in Japan, usually having to do with some pretty nationalistic things. For example, during the World War II, a couple ships had the Fusou name including the Ironclad Fusou and the Battleship Fusou.

3. LAND OF THE CHERRY BLOSSOM

Japan is often called “The Land of the Cherry Blossom,” and it is true that for centuries their Sakura-no-hana has been the favourite flower of the Japanese. The refinement and grace of its beauty appeals to them so intensely, that the month of April, the time of the cherry blossom, might almost be regarded as a national holiday throughout the country. 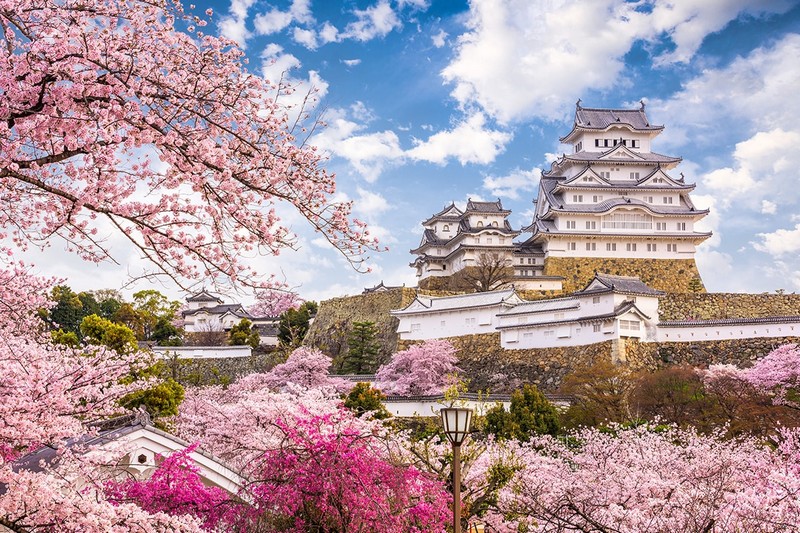 Today, with the rise of globalization, Japan has become a popular attraction for tourists all over the world, earning it the nickname from foreigners – “the land of cherry blossoms”. While the sun symbolizes the interwoven culture of Japan in the olden days, the cherry blossom, also called “sakura”, symbolizes Japan’s beauty from the eyes of the outside world.

Foreigners seeing the line of Sakura trees along Kyoto parts are left with nothing but awed reactions. It is very hard not to associate cherry blossoms with Japan and vice versa. One does not even have to travel to Japan to know about the relationship of one towards the other. Cherry blossoms are more than just beautiful pink flowers; they are also the embodiment of the country and its true beauty. 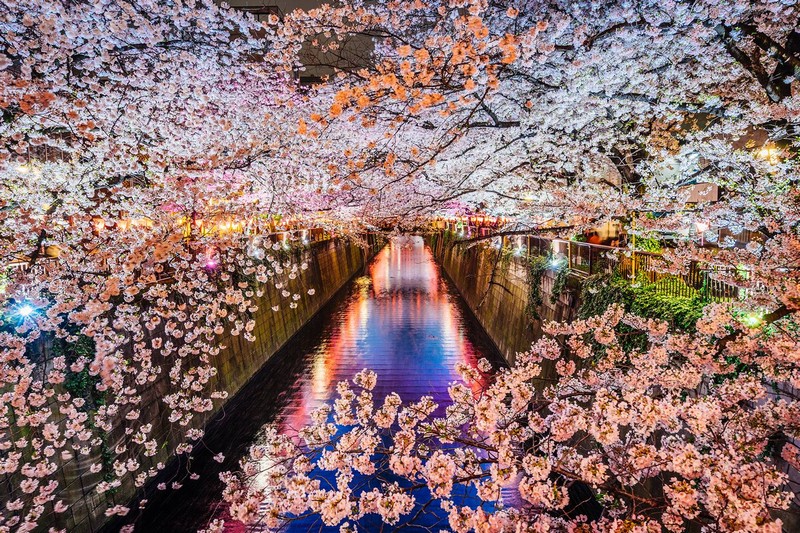 The symbolism of the cherry blossom began in Japan, where they are known as sakura. Images of these blossoms pervade Japanese imagery, appearing in everything from film to paintings to poetry and literature. The samurai of feudal Japan lived by a strict moral code of honor not only in life, but in death as well it was their duty to simultaneously realize the inevitably to death, and release any fear of it. Their lives, marked by battle and conflict, were often cut short, and the fallen cherry blossom became the symbol of that short life.

During World War II, the cherry blossom became similarly associated with Japanese kamikaze pilots, who decorated their fighter aircraft with images of the flower before going on their suicide missions, dying “like beautiful falling cherry petals for the emperor,” as Japanese soldiers were once told during the Meiji period.