Designed by Dutch practice MVRDV, Seoullo 7017 is a 983-metre botanical floating walkway, which utilizes a formerly abandoned highway in the center of the South Korean capital.

Seoullo, the Korean name for Skygarden translates to ‘towards Seoul’ and ‘Seoul Street’, while 7017 marks the overpass’ construction year of 1970, and its new function as a public walkway in 2017. The pedestrianised viaduct next to Seoul‘s main station is the next step towards making the city and especially the central station district, greener, friendlier and more attractive, whilst connecting all patches of green in the wider area. 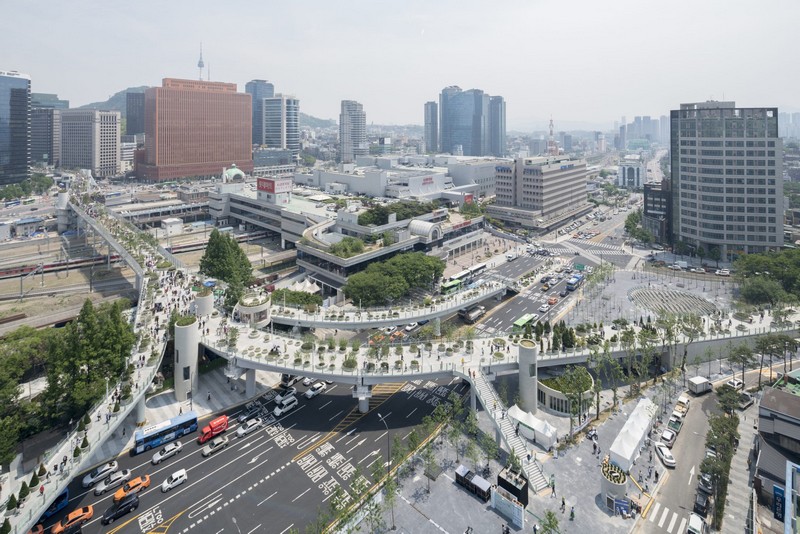 In central Seoul, a true plant village has been realised on a former inner city highway in an ever-changing urban area accommodating the biggest variety of Korean plant species and transforming it into a public 983-metre long park gathering 50 families of plants including trees, shrubs and flowers displayed in 645 tree pots, collecting around 228 species and sub-species. In total, the park will include 24,000 plants (trees, shrubs and flowers) that are newly planted many of which will grow to their final heights in the next decade. 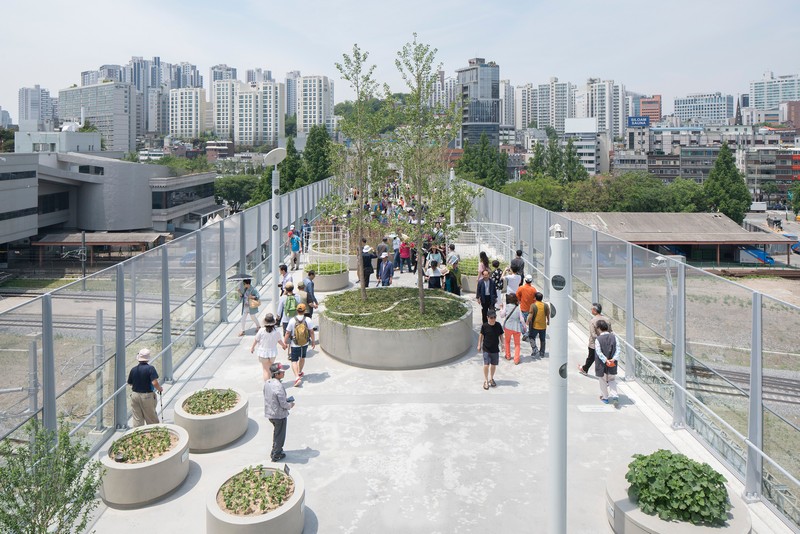 The linear park was designed as a collection of small gardens, each one with its very own composition, perfume, colour and identity. The landscape will change according to the seasons: the bright colours of leaves in autumn of the Aceraceae family (maples), the blossom of cherry trees and rhododendron in spring, the evergreen conifers trees in winter and shrubs and trees bearing fruit in summer. 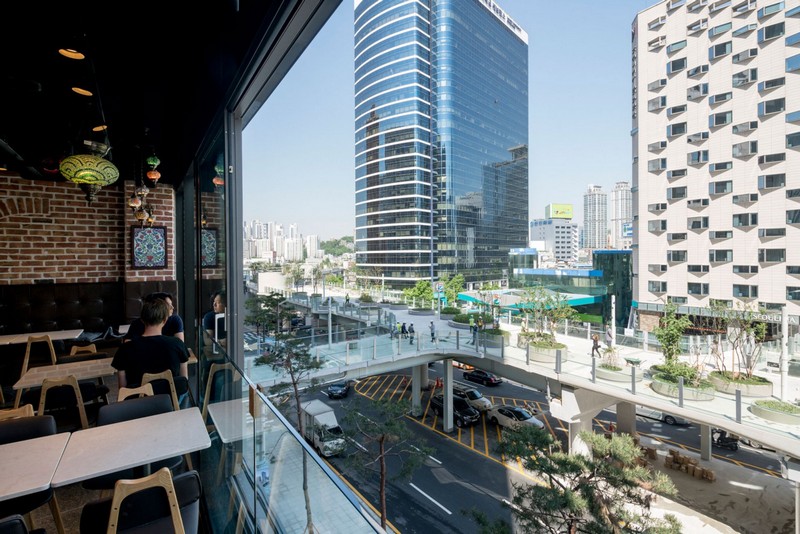 In the future, Seoullo will evolve with new plants and new activators so as to become an ‘urban nursery’, rearing trees for the surrounding districts. Additional structures of stairs, lifts and escalators as well as new ‘satellite’ gardens, can connect to the Skygarden, sprouting like branches from the existing structural piers. These extensions can inspire further additions to the area’s greenery and public spaces, and will connect the Skygarden to its surroundings both physically and visually through plant species related to each of the neighbourhoods. 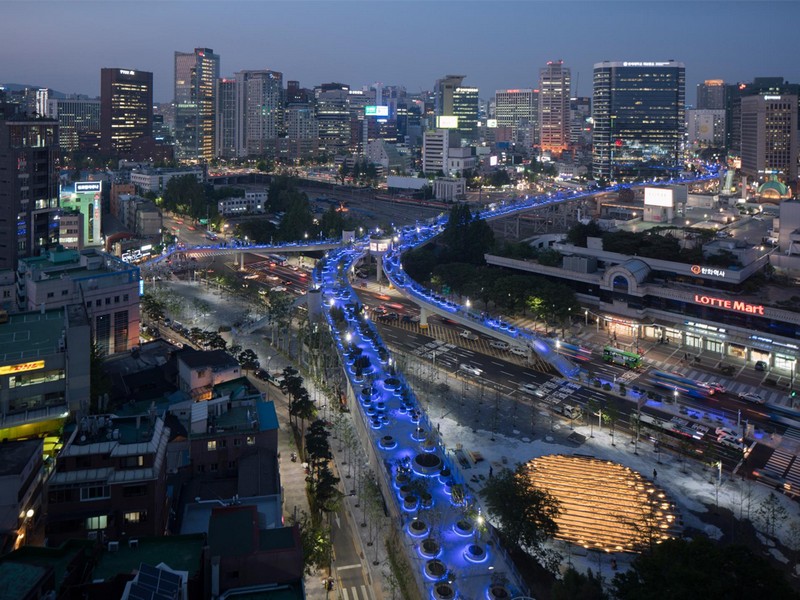