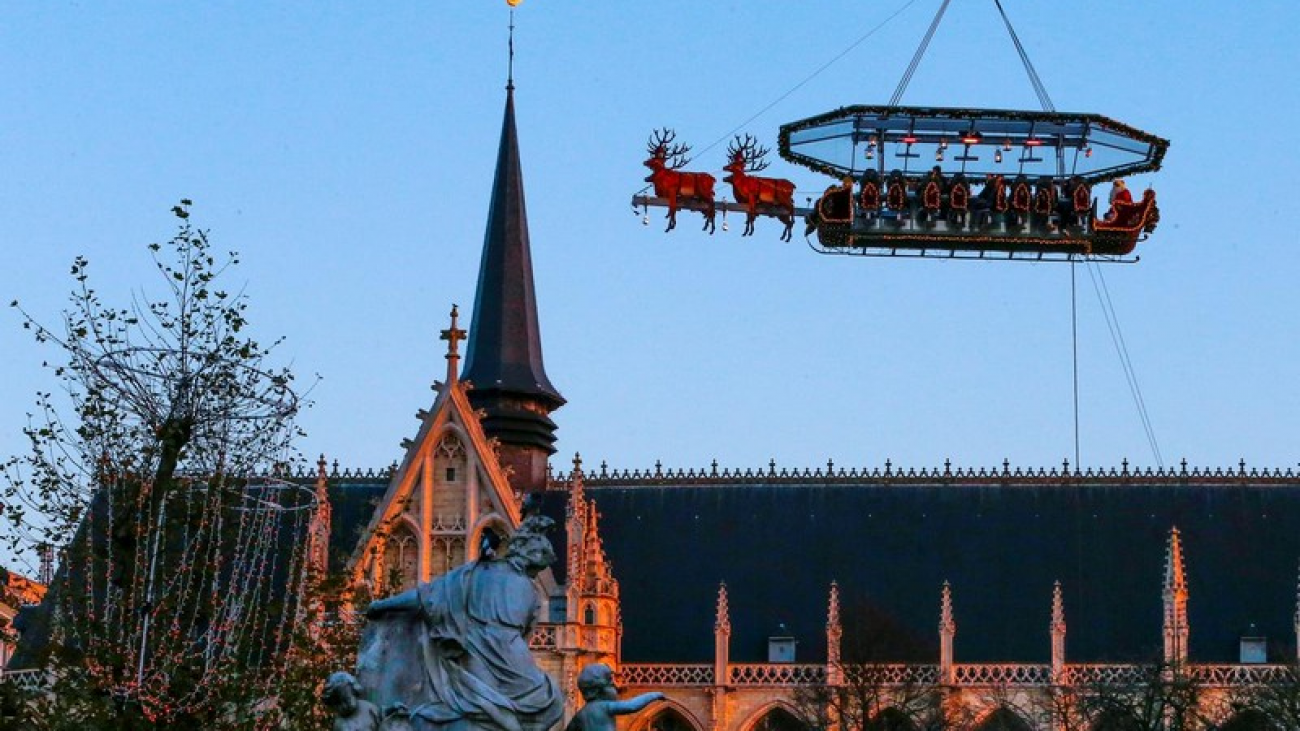 (Wanderlusttips #Belgium #Brussels) To start the festive season, Belgian dinners flied up Santa Claus’s sleigh and dined with him on above the city’s rooftops and twinkling Christmas lights. “Santa in the Sky” launched as a magical four-day pop-up in the Belgian capital, and was a seasonal twist on the regular “Dinner in the Sky” venture.

Diners were welcomed by a bell-ringing Santa Claus, and could drink hot chocolate with him and warm themselves with a delicious Belgian waffle. From their vantage point strapped securely into chairs in the sky, guests were able to take in the Christmas lights below, as well as watching the chef cook in an open kitchen. They also sang Christmas carols. They could also enjoy a dinner menu from distinguished chefs, some with Michelin stars to their name, as well as high tea. 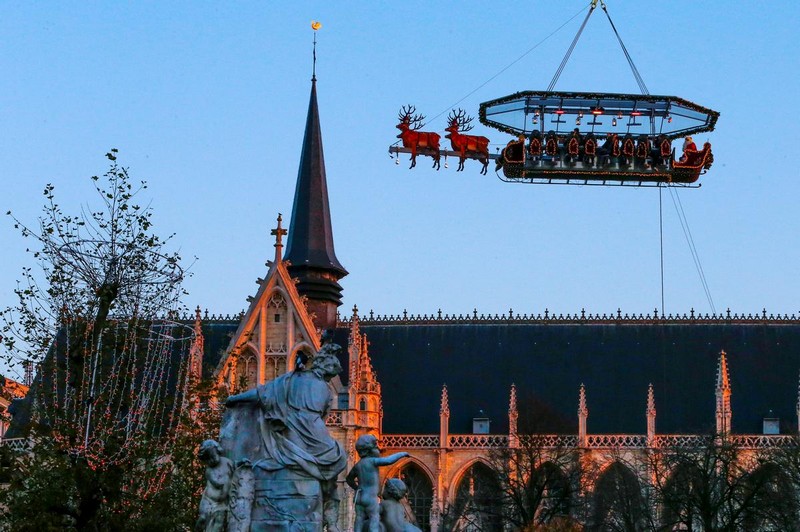 Events in the Sky is a Brussels-based firm that has brought the sky-dining experience to 58 countries over the past decade. It will be heading to Marrakech in Morocco in December, Teotihuacán in Mexico in January 2017, Brussels in June, and France and various locations in the UK over the summer. According to Michael Chiche, project manager of Events in the Sky, the four-day Christmas event is likely to be repeated next year, according to the project manager Michael Chiche. 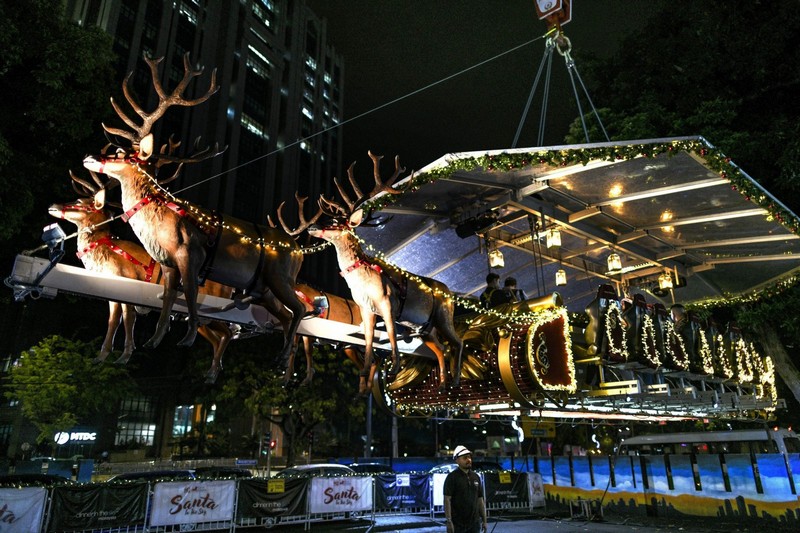 On Friday evening, Maxime Mazier’s menu included a lobster and artichoke starter, line-caught sea bass with shellfish and coconut marshmallow with mango. The trick, Chiche said, was coping with the gusts of winter night air that whip around the sleigh. 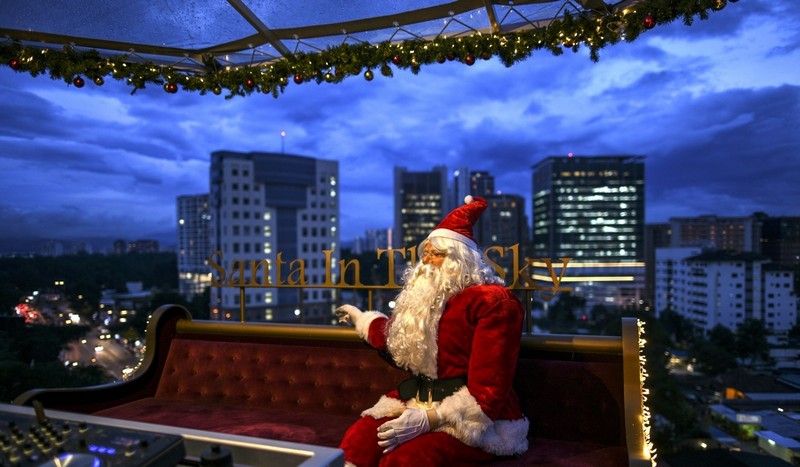 Gourmets in Brussels could enjoy 4-course menu  with wine at 265USD or just a cup of tea at 58,4USD.