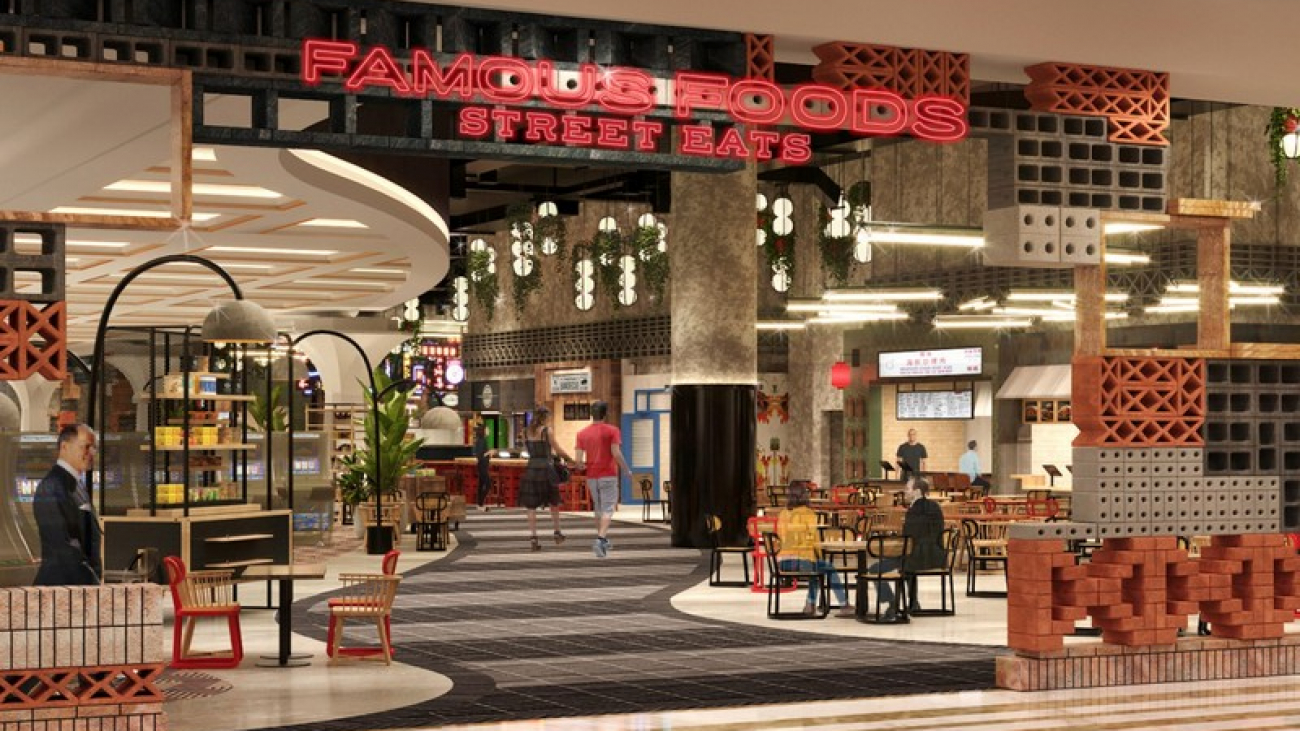 Whether you are craving for hand-pulled noodles, Hainanese chicken rice, Taiwanese bubble tea and more in the USA, you are still able to embark on an unparalleled dining experience at a 24,000-square-foot hawker-inspired food market in Las Vegas, Nevada, America.

Located just off the casino floor within the hotel, the market will also have two bars, including Foods Centre Bar, a 16-seater with a self-pour beer system as well as cocktails and wine on tap, while Here Kitty Kitty Vice Den is described as an ‘elegantly grunge speakeasy’ that is all about cocktails. Famous Foods in Las Vegas will also transport guests to an authentic Asian hawker-inspired market, an experience that has never been replicated in the USA.

Aside from this Asia’s bustling hawker market in Las Vegas, the Western stalls boast some big names. For instance, Restaurateur Marcus Samuelsson will bring his celebrated Streetbird concept to the food hall, while DJ Steve Aoki and his brother are debuting Kuru Kuru Pa Yakitori, a kitchen that deals in yakitori, kushiyaki and yaki onigiri.