Would you put your vintage Belarusian Minsk motorcycle up on a bus, and travel over 500 kilometres across the rugged Northwestern highlands to chase a legend? Young Polish American filmmaker Matt Dworzanczyk would and it is how he starts the journey he takes in the documentary “Vibrant Highland, Commercial Love”. The film was published on YouTube in early August.

“Vibrant Highland, Commercial Love” is Dworzanczyk’s latest documentary. The film’s US$7,500 production was completed in late 2014, and was honoured as Best Documentary Feature at the World Indie Film Festival San Francisco in 2015. Since then, the film has had several screenings in Vietnam for select audiences.

The journey of a legend

At Khau Vai Love Market people whisper to each other a story, or rather a legend that has been passed down for generations. It states that lovers who cannot be together can meet once a year at the Love Market and spend a day together in love and reliving old memories

If you have heard the story, your heart will melt when you see this documentary. The spectacular mountain ranges of Northern Vietnam captured in wide frames is complemented by a romantic yet tragic love story told in a whisper by a wise woman and accompanied by the sound of traditional panpipes. The documentary further illustrates the story with animation, which adds intrigue to the story.

During the course of the film, the legend itself starts fading into the background, and at times, the Love Market, the main theme of the documentary, is drowned out by the countless stories of the people featured. To film these stories, the crew did not miss any opportunities to talk and get acquainted with the local people.

Ms. Mui, of the Nung ethic group, retells the story of meeting her now husband at the Love Market and getting married to him. Her voice is muffled when she talks about starting a family, making a living, and building her house. After her husband passed away, she opened a small restaurant to serve tourists in the house that she and her husband built together. Mr. Pao and his wife amusingly recount the moment they met, blushing and giggling when they remember the moment they first held hands. Young H’mong couple Do and Dung, only in their 20s, share their struggle of losing both children and cattle. 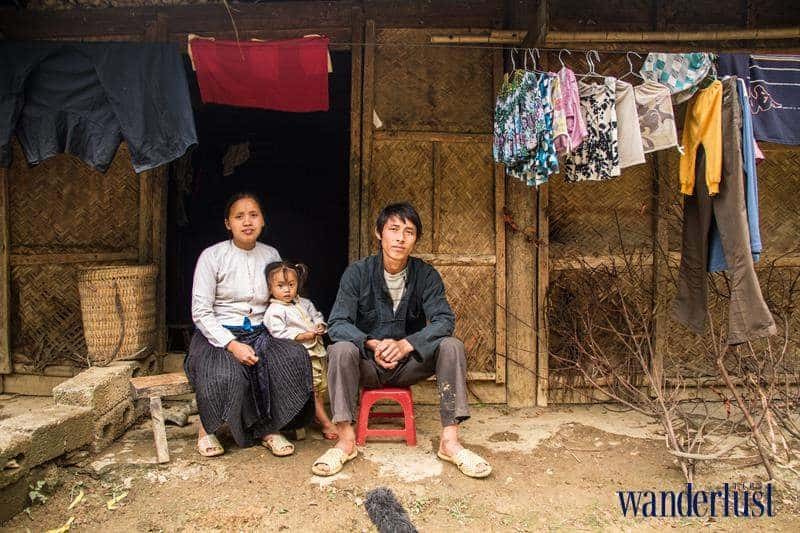 The Love Market is a prominent feature on the posters and in articles promoting Ha Giang tourism, but it is little known to people in Khau Vai and does not even have a name in the H’mong language, a fact that may disappoint viewers. The main attraction of the film though are the mountains of Northwestern Vietnam, which glisten in their most vibrant colours and are home to warm human stories.

I was confused, as Matt himself was, when thirty minutes into the film, the Love Market fades behind other stories.

They went looking for one legend, but Matt and his crew found another. In Sa Phin, Dong Van covered in the mysterious clouds they stumble across the legend of the H’Mong King Vuong Chinh Duc, whose home stills exists as a tourist spot, nestled in the rugged mountains. And as the legend of the Love Market fades into the background, stories of local lives take centre stage.

The stories range from heart breaking to scary, like the story of 30-year-old Ms. Ze, whose two sisters were kidnapped. And there are stories of people who are stuck, struggling to find escape a misunderstood fate, like the story of a gay H’mong living under the constant pressure of his family, advising him to seek medication to cure his “disease”. 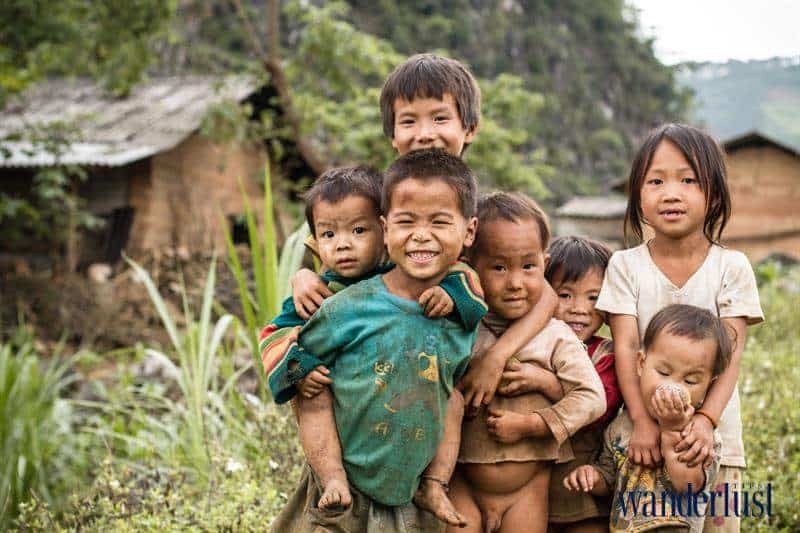 Over the course of two years the crew completed seven trips to the Northwestern Highlands and the locals started to recognise the white boy with dreadlocks on a vintage motorbike carrying cameras and asking for stories everywhere he went.

Matt set out to tell real stories of real people. “Maybe the tradition is lost and replaced by tourism, maybe it was never real,” he says in the film: “What is real are the people – their lives, even if painful, much more fascinating than the legends told.”

I love the beautiful cinematography, the shots of muddy, winding roads that Matt and his crew passed on their journey and the wet concrete road after heavy rain, blocked by ethnic people and their herds of buffalos. From up high, the winding roads seem like brushstrokes decorating the rolling mountains. There is joy in hearing stories told by H’Mong people in their native language, which is lovely, lyrical.

Matt does not understand why a legend has to be told to promote tourism, when the real people and their lives are much more interesting.

It is true. Ha Giang is already incredibly attractive without this legend. I asked Tra, a friend of mine who has been to the province five times, but not once stopped by the Love Market what she made of this: “Ha Giang is especially beautiful during the flower season,” she said. “I have been there five times, and only stopped by Meo Vac for a short time, because this place has been commercialised by the tourism industry. If you really want to see the local life, you have to go deep into the villages. Everything is beautiful in Ha Giang: the dew, the winding hills, especially during the season of buckwheat and chamomile flowers. If you visit then, there is no place to stay, not even at a local’s home.”

The ending of the film is somewhat unsatisfying, especially for those who are still fascinated by the legend. I felt vaguely worried, when I saw a White H’mong who looks no different than a Kinh person, hear a famous song about Hanoi sung in the Northwest mountain, or learn that the main attraction of the Love Market seems to be a Westerner with a camera. 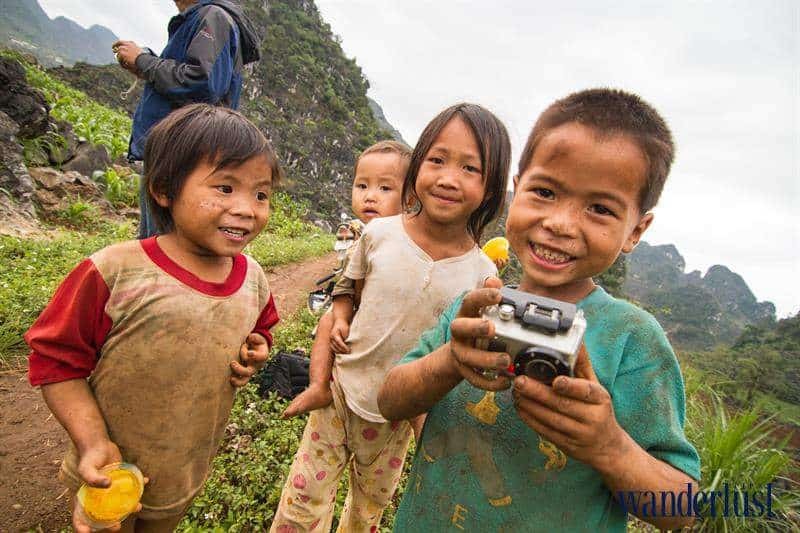 This reminds me of Tu Ne, a small village in Hoa Binh, whose culture and practice have been washed out my Kinh culture. And then one day, the arrival of the Kinh and Westerners brought less poverty and a return to living a more local culture, with stilt houses, traditional costumes, distinct languages, and specialised craft. 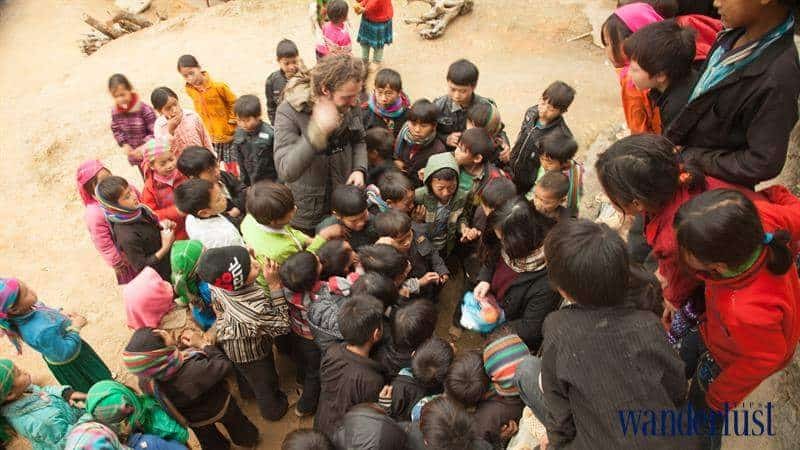 Thirty-year-old Matt Dworzanczyk is an independent filmmaker born in Poland. He grew up in the United States, where he studied filmmaking. He is best known for his fantasy film “Marlin”, which won “Best Editing” at the Canadian International Film Festival in 2010. His documentary “DPRK: The Land of Whispers” has over 2.5 million views on YouTube and won Best Feature Film at the Third World Indie Film Festival.