(#wanderlusttips #Yosemite #Elcapitan) The trio of daredevil climbers have made the worst nightmare of people who suffer from a fear of height comes true. They perched more than 3,000 feet high on specially designed tents, suspended on El Capitan’s vertical rock face in California’s Yosemite National Park.

Thanks to the tents, the avid adventurers can pitch up on the side of a cliff wherever they please and take a well-earned nap. And the pictures which were taken by one of the trio,  Belgian photographer Alexandre Eggermont, has captured all the fertile valley full of trees, creating a stunning view. 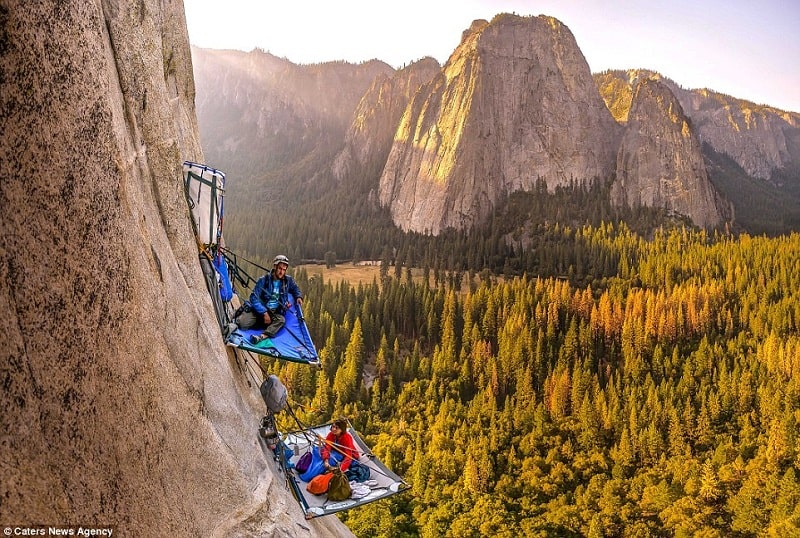 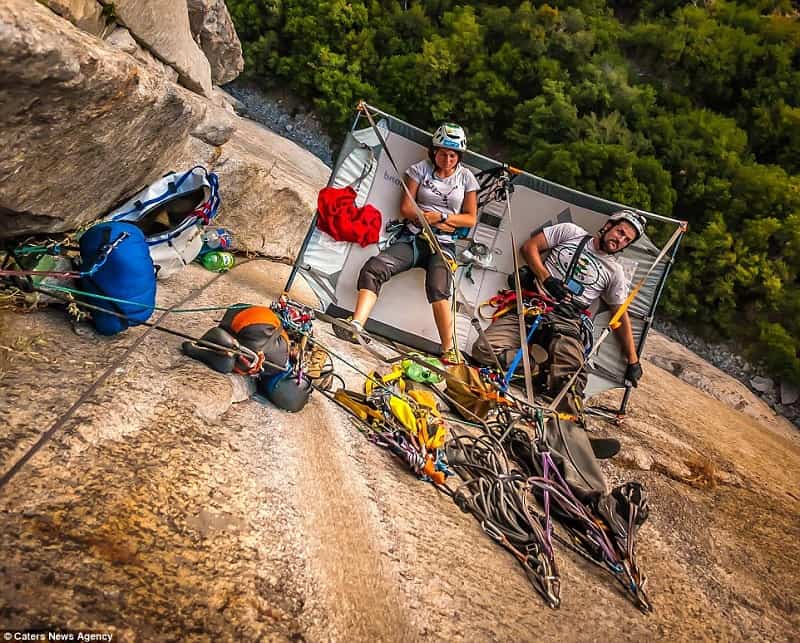 The viewers share the common comments including “brave” and “crazy”. “Very exciting picture! I think you are all crazy, but it makes fabulous pictures. Bravo”, one said.

Another humorously added: “Definitely not [a spot] for a sleepwalker” 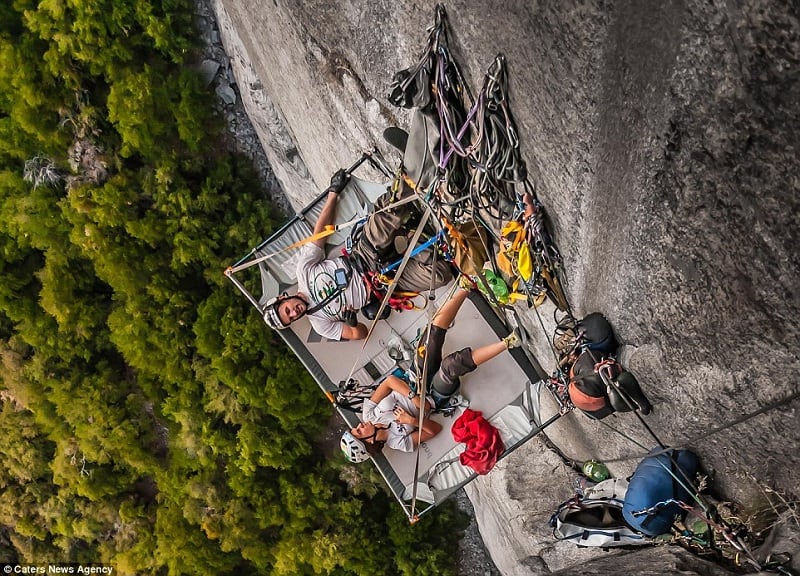 Climbers often camp on cliff faces during difficult climbs, as it often takes several day to summit. While the specialised tents protect them from harsh weather, they do not protect from falling rock. Toilet breaks can also prove tricky to navigate. 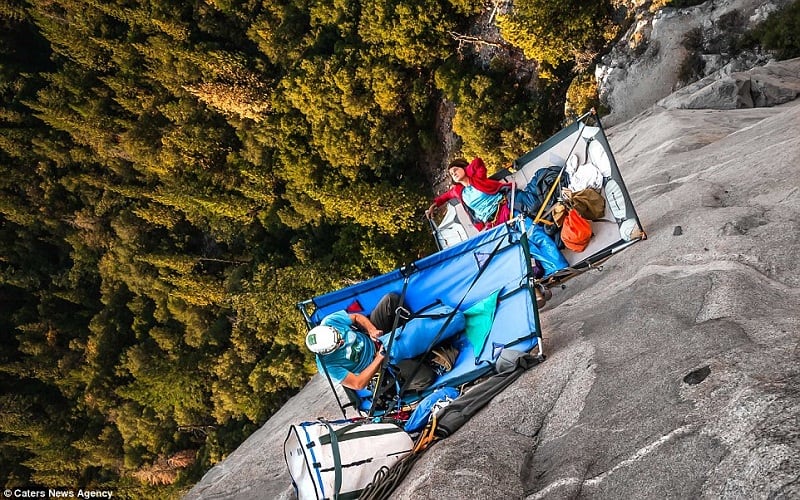 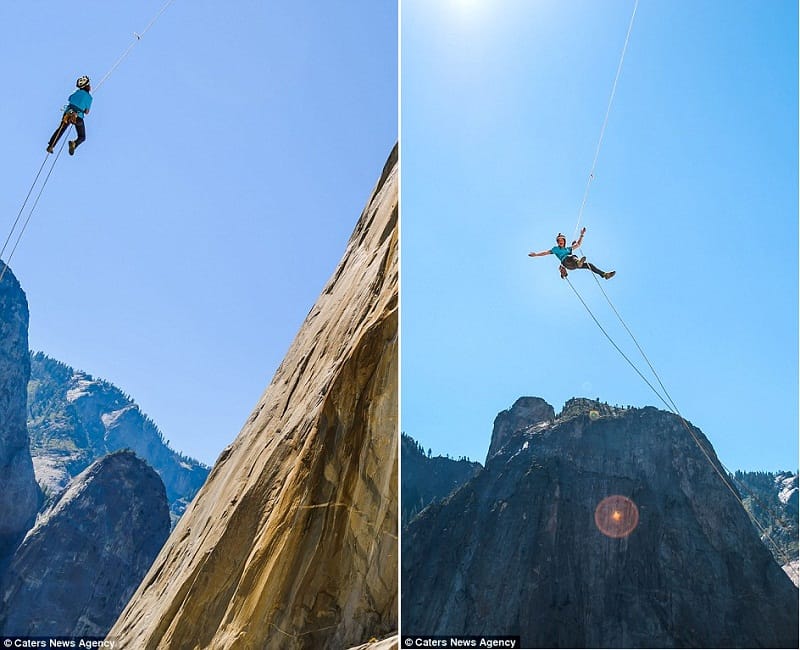