The first batch of 12 open-top double-decker buses has started service at Coco Bay entertainment-cum-hospitality complex in the central coastal city of Da Nang. 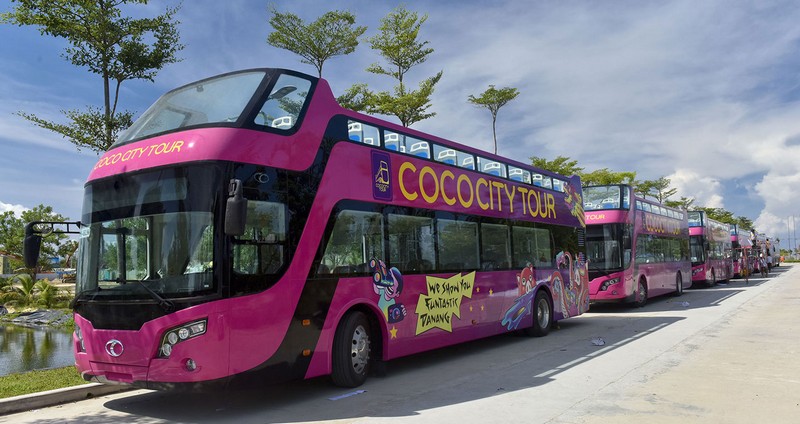 The service, called Coco Bus Tour, has two routes with the first departing from Da Nang airport to the south of the city with 25 stops, while the second route will be put into operation in September 2017 to the north of the hub, from the airport to Son Tra peninsula with about 18 stops.

The tour will run free of charge until the end of August 2017, and will offer a 50% discount from September to November 2017. The project was jointly developed by Empire Group and local car maker Truong Hai. Earlier, in July 2017, the two businesses tested the operation of the 12 buses to serve tourism in the city.