(#wanderlusttips #tea #culture) If someone were to ask about my biggest joy during my years in Hong Kong, my answer would simply be: “Tea”.

Time is like water, the years are like lotus flowers, and life is a pot of tea. This is perhaps why people often drink tea when contemplating life. They can meditate with a pot of tea and let it wash their souls, to get a clear view of what is within and gain a sense of the realm of impermanence. 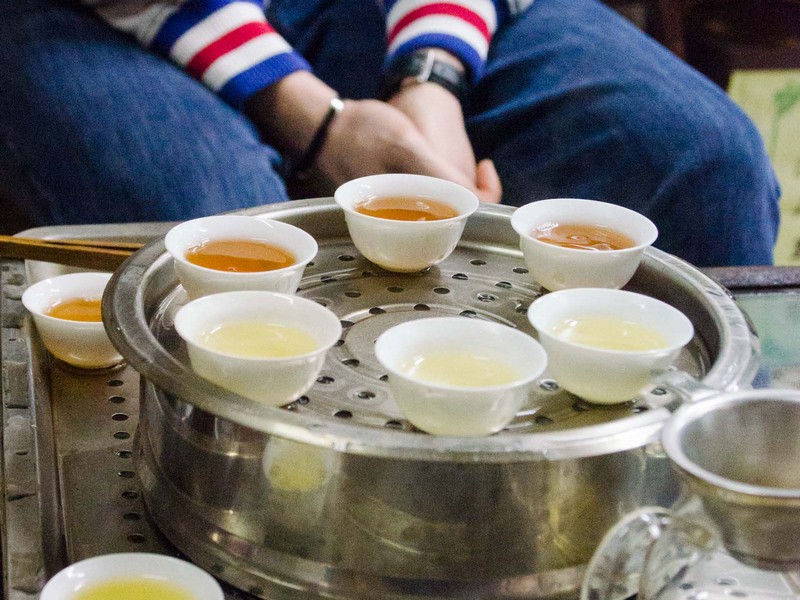 I don’t remember when tea became a soul mate of mine, but I do remember first encountering this special friend at Xishan teahouse. A stranger to the art form, I was fortunate to participate in an authentic tea ceremony, which resembles a solemn ritual. The tea master brought out a small ceramic stove – a meticulously crafted stove with a lid and a small lid – holding a small heap of burning charcoal. His instruments were a traditional Yixing teapot the size of a fist, and six exquisite teacups white as pearls and paper-thin, so fragile they could break with a gentle squeeze. To begin with the fire was strong enough to boil the water quickly. As he worked, the tea master talked of the origin of the water he was using to make tea, it was taken from a spring 18 kilometres from Beijing. As the ancient ones say: “Pure water must be boiled with bright fire” and I believe the saying is true in this case.

Next Premium Tieguanyin tea was set on a tray, and its origin was briefly introduced to us. The teapot was now warm, and the tea master gently scooped the tea inside the pot, and poured the boiling spring water inside. I still remember the tea master’s graceful etiquette when he gently pushed away the bubbles to keep the tea from the mouth of the pot, before rinsing the lid with boiling water. Even an everyday action was done smoothly and skilfully, resembling drifting clouds and flowing water, which really opened my eyes. 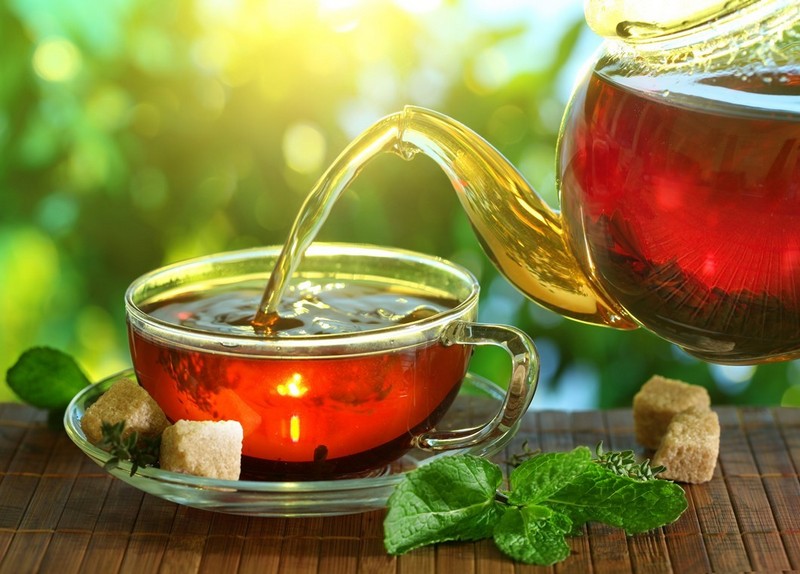 Boiling spring water was once again poured into the pot and each of the porcelain teacups was rinsed with boiling water. After a long wait, I started feeling a little impatient. It was then that the tea master picked up the teapot and evenly poured the liquid into the teacups, in a circular manner for each guest. This is called “Guan Gong patrols the city.” He explained to us that the first brew of the tea should be poured this way, to ensure an even flavour in each cup. When the pot was almost empty, the last drops were poured out in one graceful movement, called “Han Xin calls the soldiers”, to evenly distribute the tea, when the flavour was at its best. The tea was a deep beautiful amber colour.

The brewing was now complete, and the tea was respectfully offered to all attendees. The first cup was offered to the host, and the rest were offered to the guests. I was instructed to hold the fragile teacup with my thumb and index finger, and not to drink the tea right away but enjoy the aroma first. After carefully observing the host, I put the cup under the top of my nose, and took a small breath. The aroma entered my lungs, and my impatience vanished. Instead, my mind was clear and relaxed. I took several small sips. The first sip left a bitter taste on my tongue, making me frown. The second sip washed away the bitterness, leaving a subtle sweetness in my throat. By the third sip, the flavours filled my mouth, and I could do nothing but close my eyes and enjoy the pleasure of this exquisite moment.

That was the moment I suddenly realised that tea resembled life. The first sip is bitter, similar to the hardships we have to overcome when we first enter adulthood. Our first failures in life are no different from the first sip, bitter and harsh. The second sip brought the sweetness, of our first achievements. And the third sip is what I call realisation, when the material things disappear, and we know that peace is the true meaning of life. Although I cannot claim that I have fully comprehend the profundity of this art, and maybe never will, I felt that my soul had become calmer, and the pressure of my everyday life didn’t seem so intense.

When I returned to reality, the teahouse staff had already cleaned up the table. When I looked at my surroundings, I suddenly remembered a quote by poet Bai Juyi of the Tang Dynasty, which he wrote while drinking tea: “Seven flavours brewed in a teapot”, implying that enjoying tea incorporates the full scene, the taste, the scent and the performance. Looking back, I feel fortunate to have experienced a tea ceremony with all four elements. 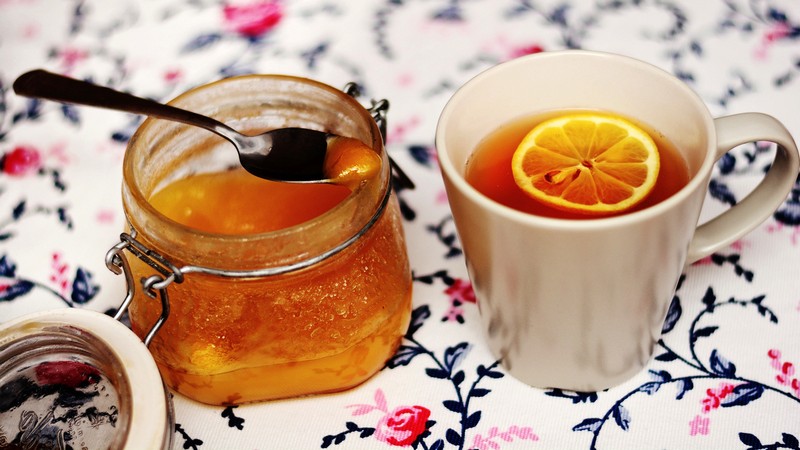 The predecessor of Xishan teahouse was an ancient temple with a history of nearly 1,000 years. Its quiet elegance and the ancient feel of the teahouse made the setting for the tea ceremony quite beautiful. The tea water was from a spring in the mountains, which was pure and fresh and helped maximize the flavours and the aroma of the tea. After doing some research, I also learned that the Yixing teapot also has a rich history. It was excellent with regards to all five elements: age, clay, artist, style and production method. More important than all the objective conditions however was the art of making tea itself. The tea master truly excelled in achieving the right water temperature and the right taste, which gave us the full experience of enjoying flavours, aroma, and the hidden meaning behind the art.

Despite being a stranger to the art, I learned a few things from the experience. One cup of tea has three flavours, bitter like life, sweet like life, and peaceful like life. A good pot of tea can outlast time, like the clouds and the sea remain the same after thousands of years. A few friends can gather and enjoy a pot of tea, and talk about life, about themselves, and about the world. I believe that that is the way to live life to the fullest.