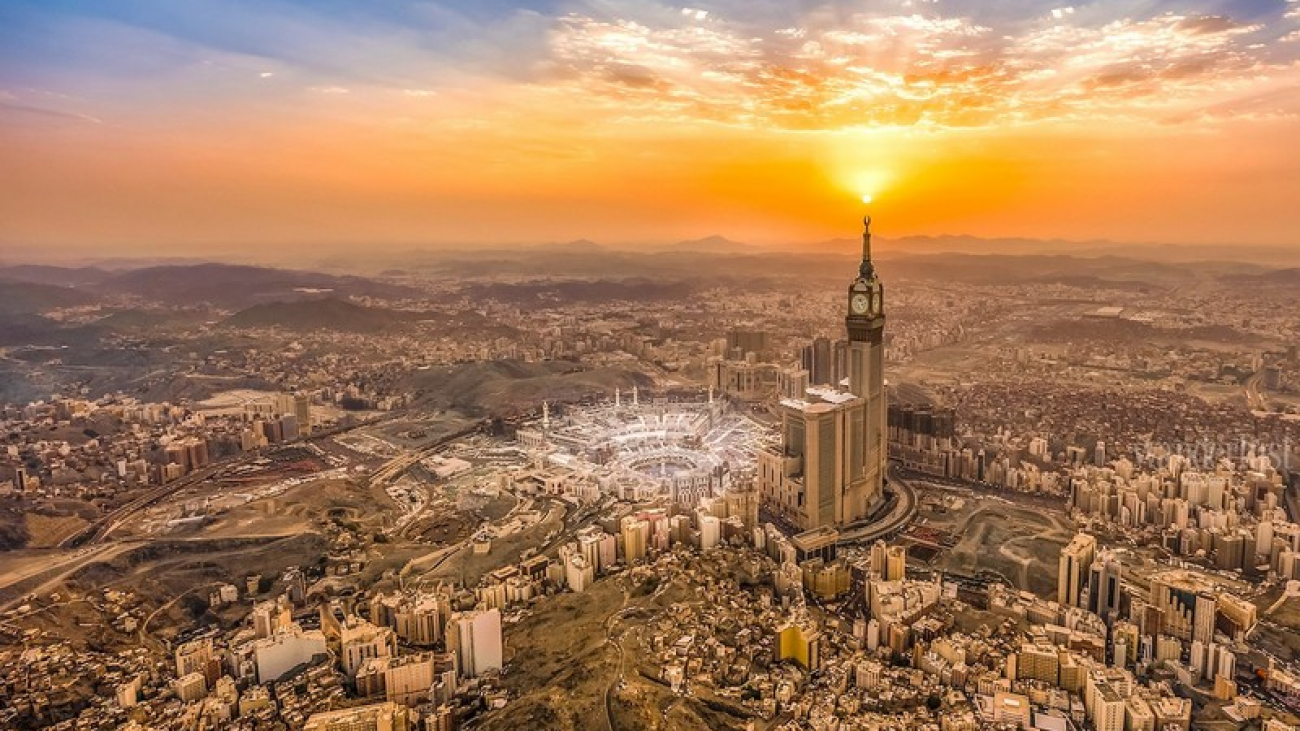 [Wanderlust Tips October 2019] More than 1,400 years ago, there was a place that was only home to many sandy deserts affected solely by the sunshine and wind. However, this place has been found to feature a rich oil resource worth an exorbitant amount of money. More than 1,400 years ago, people here broke the border to unite the tribes together, created a brilliant civilisation and practised a collective religion. Afterwards, this land was divided again, it became isolated and was ruled under the strict laws. It is the Arabian Peninsula – a land of unimaginable changes, ancient history, distinctive culture, diverse religion and many mysteries that many travellers desire to explore. 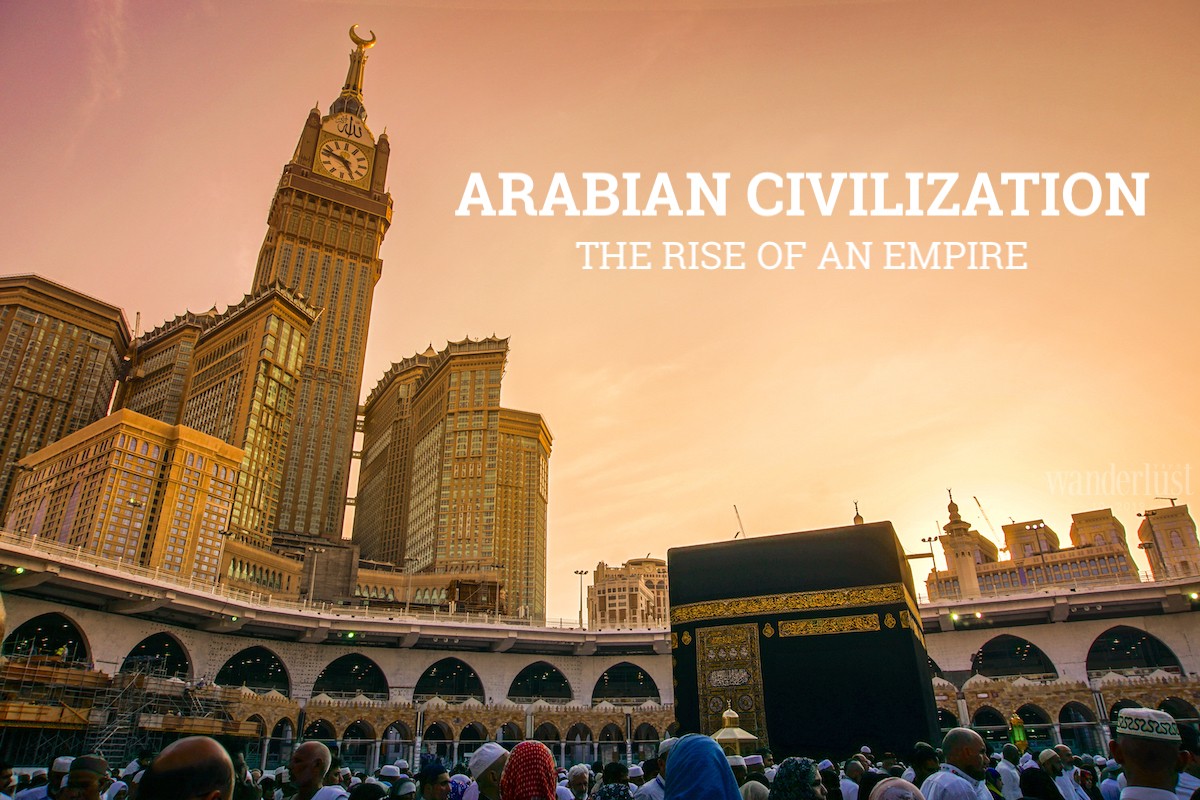 The Arabian Peninsula is the largest peninsula in the world, located in Southwest Asia, comprising of Yemen, Oman, Qatar, Bahrain, Kuwait, Saudi Arabia, United Arab Emirates and parts of Jordan and Iraq. The terrain is mostly mountains and deserts, dry coastlines and stretching swamps. Sometimes, the sparse grasslands can be found on the oases. During the daytime, it is boiling hot and the burning sand scorched by the sunshine is carried by the desert winds. Due to the scorching conditions, the locals often opt for the long outfits that cover their whole body.

When night falls, the temperature drops and the difference is unbelievable, sometimes it drops to 0°C and can be very cold. These harsh conditions have constrained the development of this area, thus the Arabian Peninsula has a sparse population and some countries have an undeveloped economy. During the tribal era, most people lived on the oases. The two neighbouring lands are home to far more developed societies, including the Egyptian civilisation and the Mesopotamian civilisation. Historically, most civilisations in the world have relied on large rivers to provide fertile land and abundant irrigation systems for their agricultural purposes. 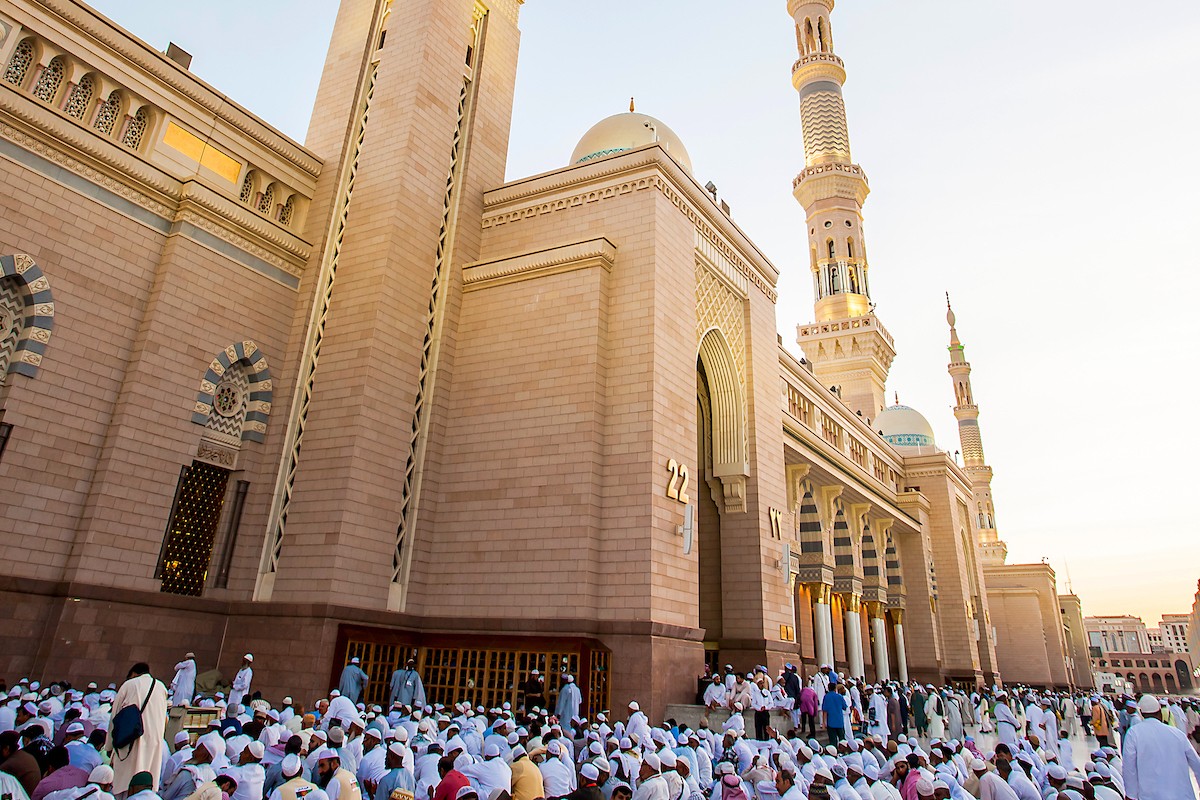 Thanks to that, when the Arabian Peninsula became a bridge connecting the major civilisations, the locals began to transport goods across the desert and sought to develop their commercial business. Before Muhammad unified the Arabian Peninsula and Islam became the main religion, the social and political organisations in the Arabian Peninsula were mainly clans and tribes. Due to the difficult transportation, these tribes often lived separately from each other and were autonomous in terms of economy, culture, religion and politics. 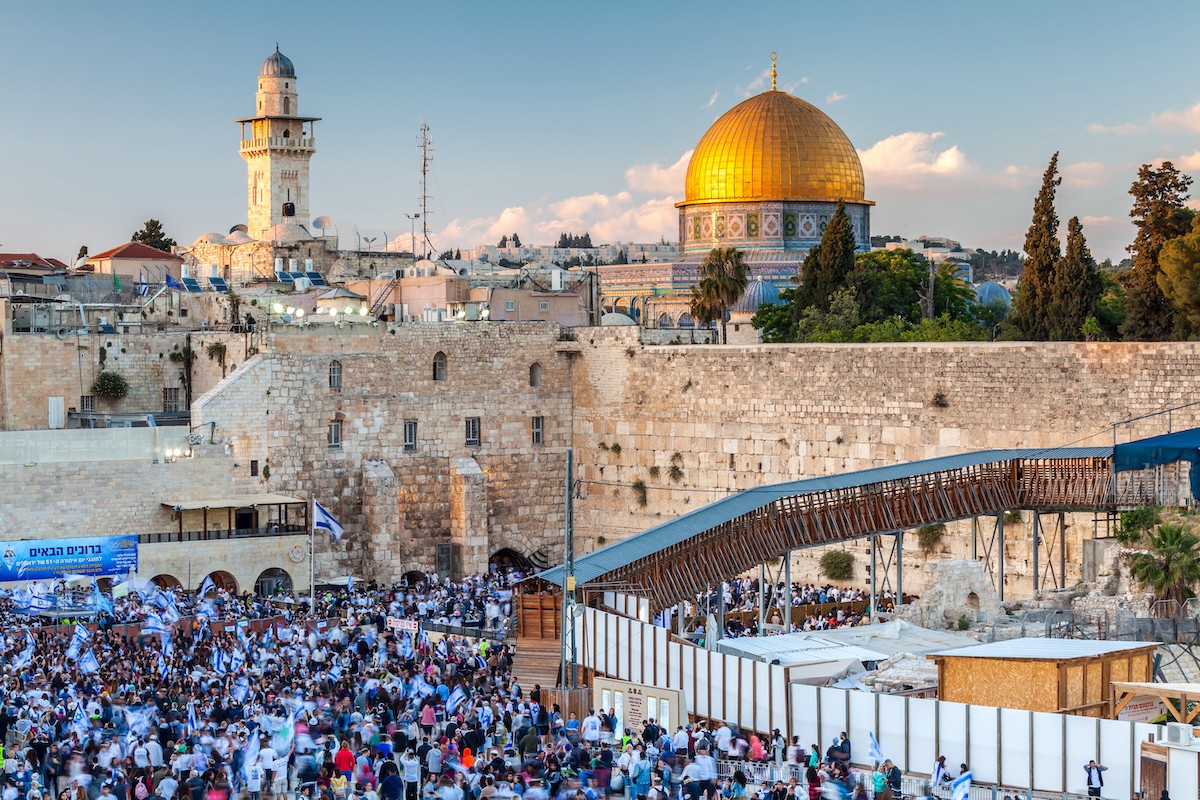 There were many wars amongst the tribes over territory and invasion of the surrounding lands. Prior to Islam becoming the main religion, the Arabians worshipped countless gods including the stars, the moon, the earth and the sacred stones. La Mecque, commonly called Mecca is the epicentre of Islamic worship. Located on the west coast and only about 60km from the Red Sea, this famous religious site has become a stopping point for the merchants and passers-by to rest and pray at the Kaaba temple which is home to the sacred black stone wall.

PROPHET MUHAMMAD, ISLAM AND THE FORMATION OF ARAB CIVILISATION

Muhammad was born into a noble family. His father died before he was born, afterwards, his mother passed away when he was six years old. Later, Muhammad went to live with his grandfather and uncle. There are not many detailed documents written about his youth. However, it is said that since his childhood, Muhammad followed the merchants, travelled to many different places and had the opportunity to learn and interact with many different religions, typically Judaism and Christianity. During this time, he realised that the turbulence in the Arabian Peninsula was caused by the political and religious division, so it was necessary to enact a new religion to unify as well as combining all tribes into a thriving nation. 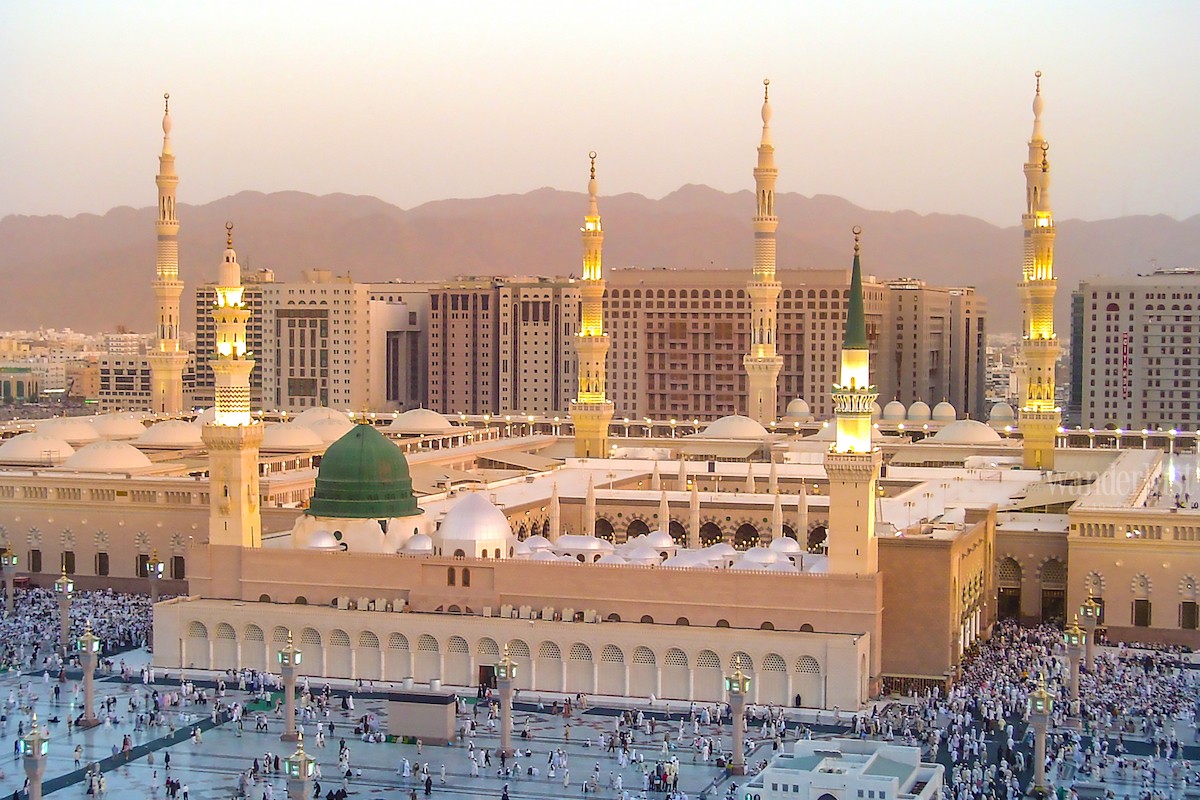 Legend has it that Muhammad dreamt of the archangel Gabriel who appeared in his dreams and was the basis for Muhammad’s revelations. In the following years, he declared that he is a prophet whose work would be to take care of Arabs. It is believed that in 610, Muhammad enacted the Islamic faith and worshipped Allah in Mecca. Muhammad had gradually held an imperative position in the Arabian community and the practising the Muslims began to rise. When monks and nobles in Mecca realised that their benefits were affected, they attempted to find Mohammed to kill him.

In 622, he fled north from Mecca to Yathrib, 400km away from Mecca. The city was later renamed Medina and became the second Islamic holy place, after Mecca. Apart from the above two cities, Jerusalem in Israel is considered the third holy place. Legend has it that Mohammed felt an affinity with Yathrib and thought that in a previous life he had been there. The Borak horse waited for him at the foot of the Wailing Wall in the destroyed Jewish temple to lift him up into the sky. This land is today known as the sacred land because it is the gathering place of three major religions including Islam, Christianity and Judaism. 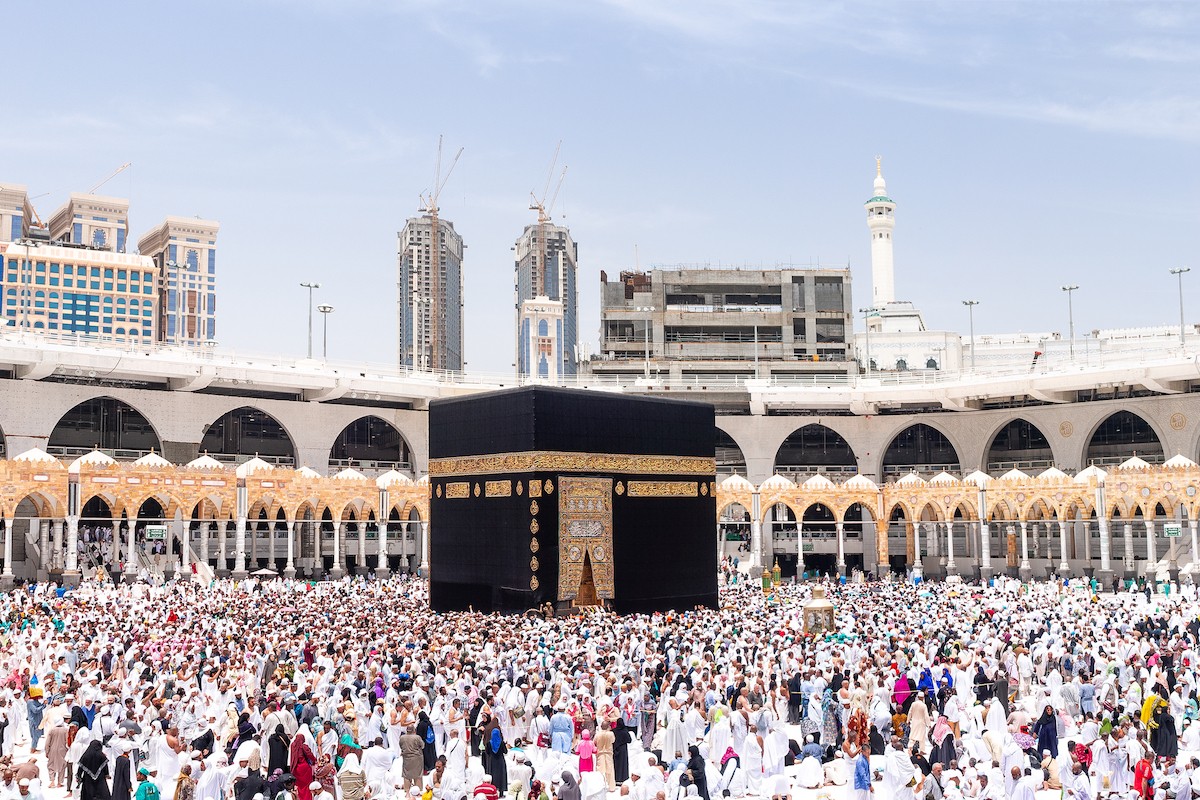 In Yathrib, Mohammed distributed his wealth to the people, this generosity made him well known and in turn promoted the Islamic faith. Many tribes and nobles also began to respond in the large numbers. Even the aristocrats who had ever opposed to Muhammad in Mecca also surrendered, the Arabian Peninsula gradually united, converged into one organisation and flourished. The Islamic faith has a huge amount of influence over three continents including Asia, Europe and Africa. This population accounts for half of the Asian countries included in the Byzantine Empire, Persia, Egypt, a large part of North Africa and Spain.

The development of the Arabian Peninsula was then considered one of the most exotic developments in medieval history, as a result, a large area of the Mediterranean was occupied by Arabians. It is undeniable that economic development has led to the strong progress of the other aspects of society, creating a brilliant civilisation with many achievements.

FROM THE GOLDEN AGE UNTIL THE DAY OF SEPARATION 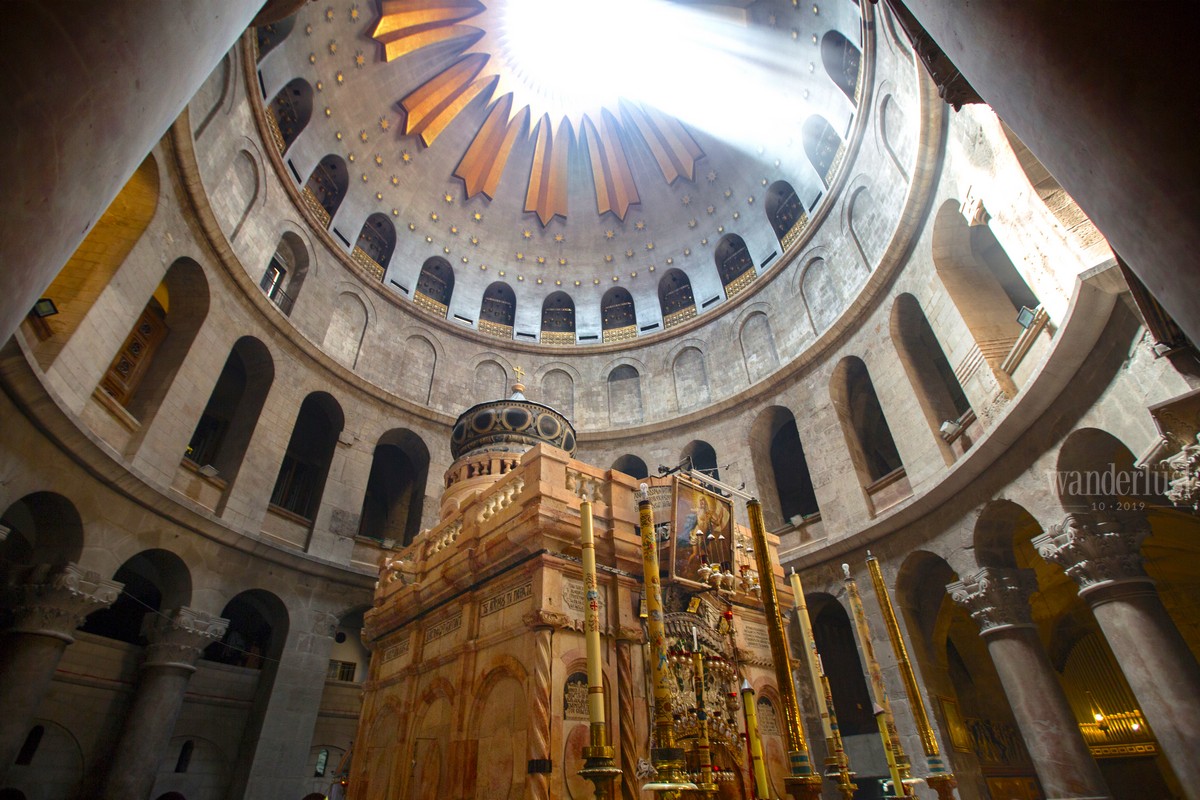 The Arabian civilisation was born later than the other ancient civilisations, so its achievements were built based on inheritance and creativity of the previous civilisations. The Islamic faith created a basis for unifying the Arabian Peninsula. The development also expanded the territory and Islam has gradually become an international religion. Since its inception, the Islamic faith has developed rapidly. The Islam became popular in the Middle East, converted the Persian empire and repelled the Roman empire toward Europe, spreading across three continents and reaching the climax of the civilisation and technology in the 13th century while Europe was still immersed in the medieval culture.

With an over-1,400-year history, like all other religions, the origins and traditions of the Islamic faith are divided into various branches for an array of different religious purposes. It is undeniable that Islam has greatly influenced the development of Arabic literature. The Qur’an is considered the first and most famous literary work, which is also an important holy testament of the Islamic faith. Additionally, “One Thousand and One Nights” is a world-class masterpiece. Some popular literary works including “Aladdin and the magic lamp”, “The adventures of Sindbad the sailor” and “Ali Baba and the forty thieves” have become the childhood tales for many children all over the world. 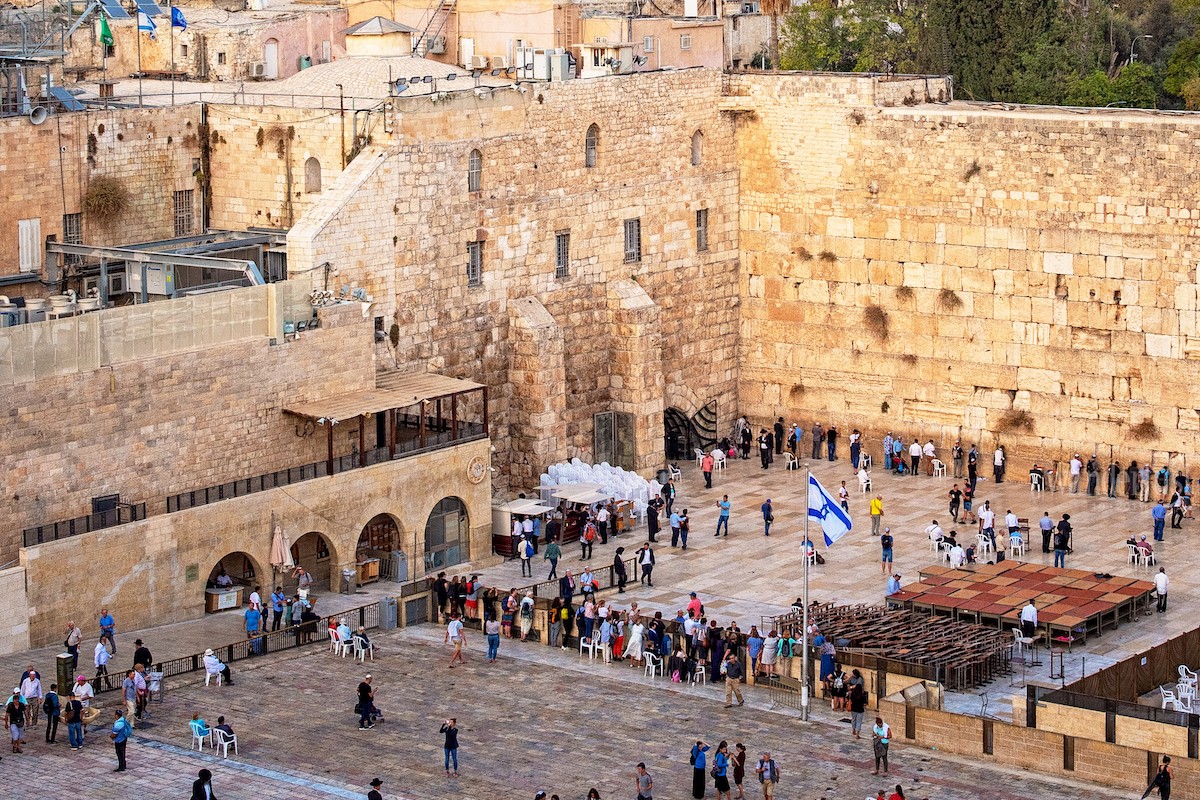 What’s more, a lot of basic knowledge in mathematics, from algebra to geometry, the decimal system, cubic and quadratic equations, trigonometry, concepts of sin, cosine, tan, cotangent are all great achievements of the Arabian mathematicians, based on learning from Indians for their development and creativity. Notably, the Arabian Peninsula has excellently preserved and spread the Eastern and Western cultural achievements. For instance, Chinese papermaking, gunpowder, compasses and printing techniques are widely promoted in Europe while many philosophical Greek and Romanian works have been introduced in Eastern countries. 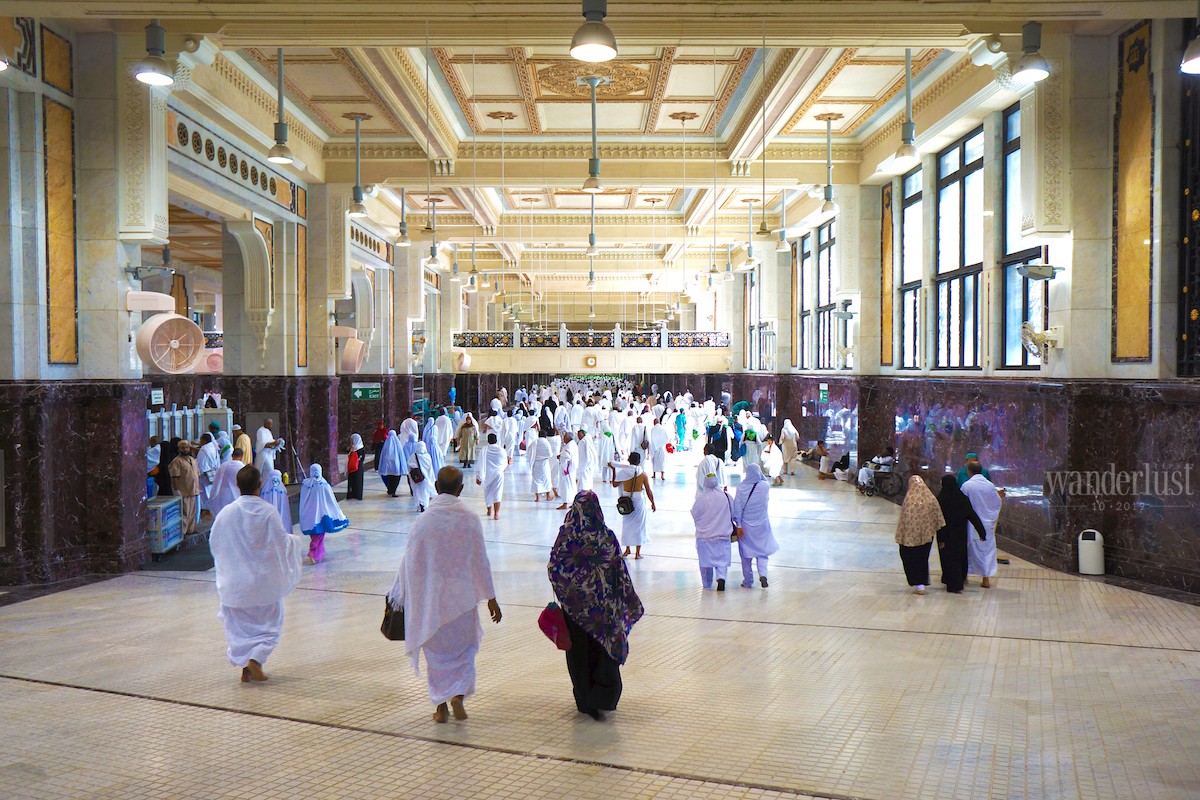 The Arabian Peninsula has strict Islamic laws, but it is still strongly influenced by a diversity of cultures, including tribes. Since Muhammad unified the peninsula, there still have been many battles. When the Islamic faith started to lose ownership of the Ottoman Empire, now known as Turkey, a country that spans three continents – Asia, Europe and Africa, to the French and the British, the people here were quick to rebel against the Turkish government. After the fall of the Ottoman Empire, the other major countries began to share their land and colonies, opening the borders to facilitate governance. The Arabian Peninsula has seemingly undergone a journey from partition to unification and finally returning to its original separation.

* References: The Story of Arab Civilisation by Will Durant (Nguyen Hien Le translated) and The Path of Islam by Nguyen Phuong Mai.