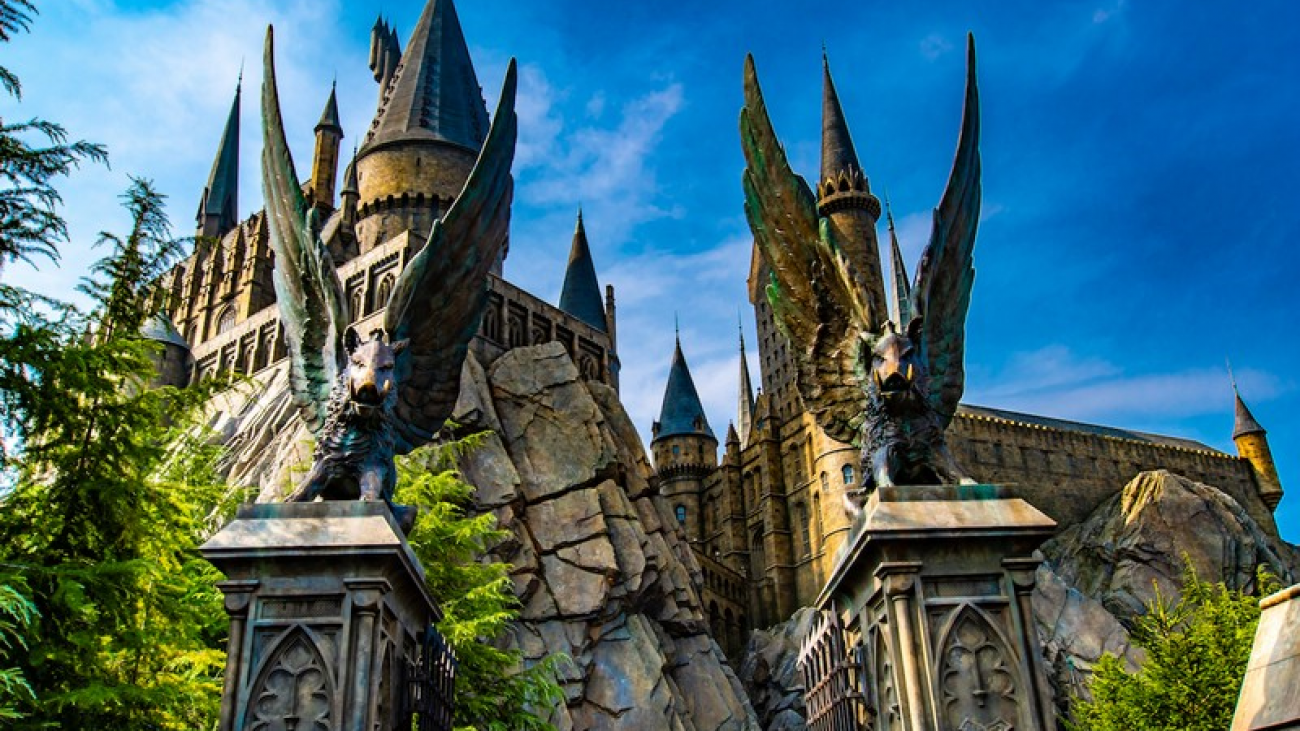 Due to the booming film industry, theme parks inspired by famous movies have been increasingly constructed. Visitors have an excellent opportunity to immerse themselves in a real-life atmosphere just like being in the movie.

PANDORA – THE WORLD OF AVATAR 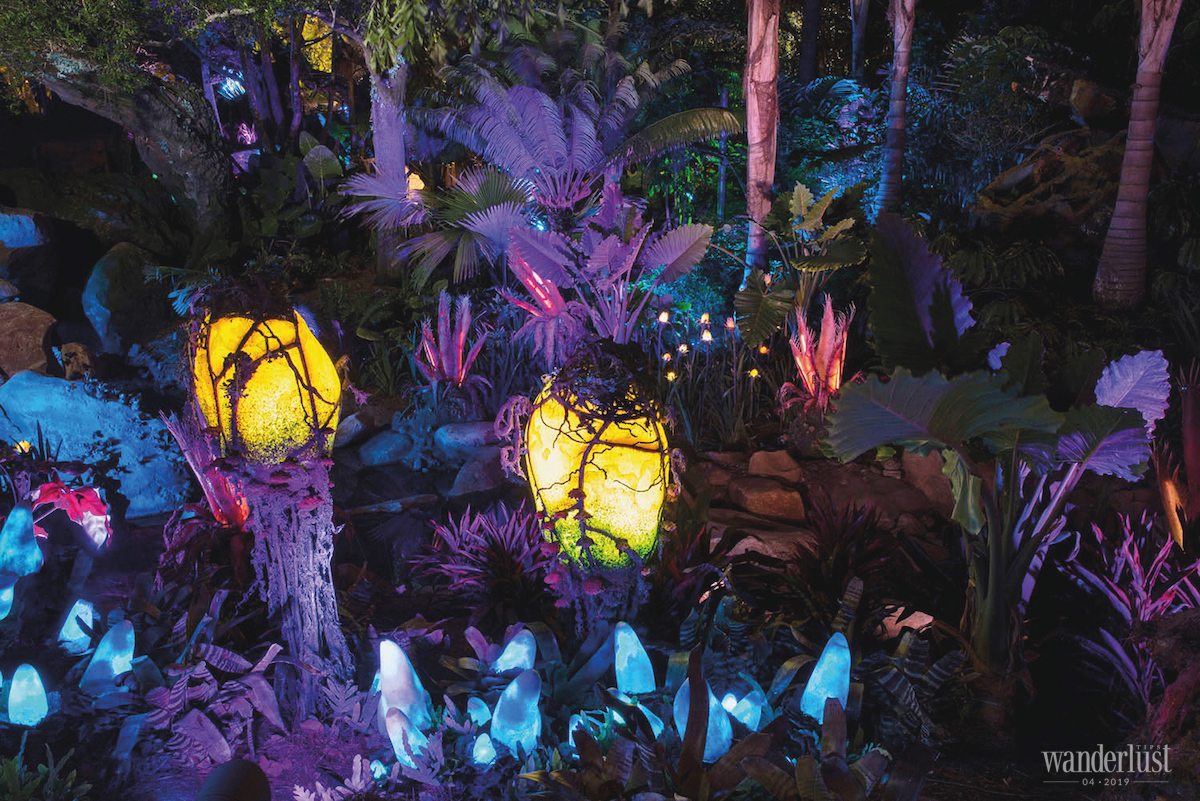 Pandora – The World of Avatar is located within the area of the Animal Kingdom at the Walt Disney World Resort in Florida, America. This theme park is inspired by James Cameron’s famous science fiction film Avatar, and so it is designed according to Pandora – the beautiful life-friendly planet in the system of Alpha Centauri. When visiting Pandora – The World of Avatar, imagine yourself as a native Na’vi and lose yourself in its wild natural animal kingdom, and most notably, enjoy the feeling of flying on a mountain Banshee at the Avatar Flight of Passage, ride a boat through Kapsava river to explore the Pandoran ecology, or wander around the valley of Mo’ara. The combination of the sound, the animation and the 3-D space will give you an incredibly authentic experience. 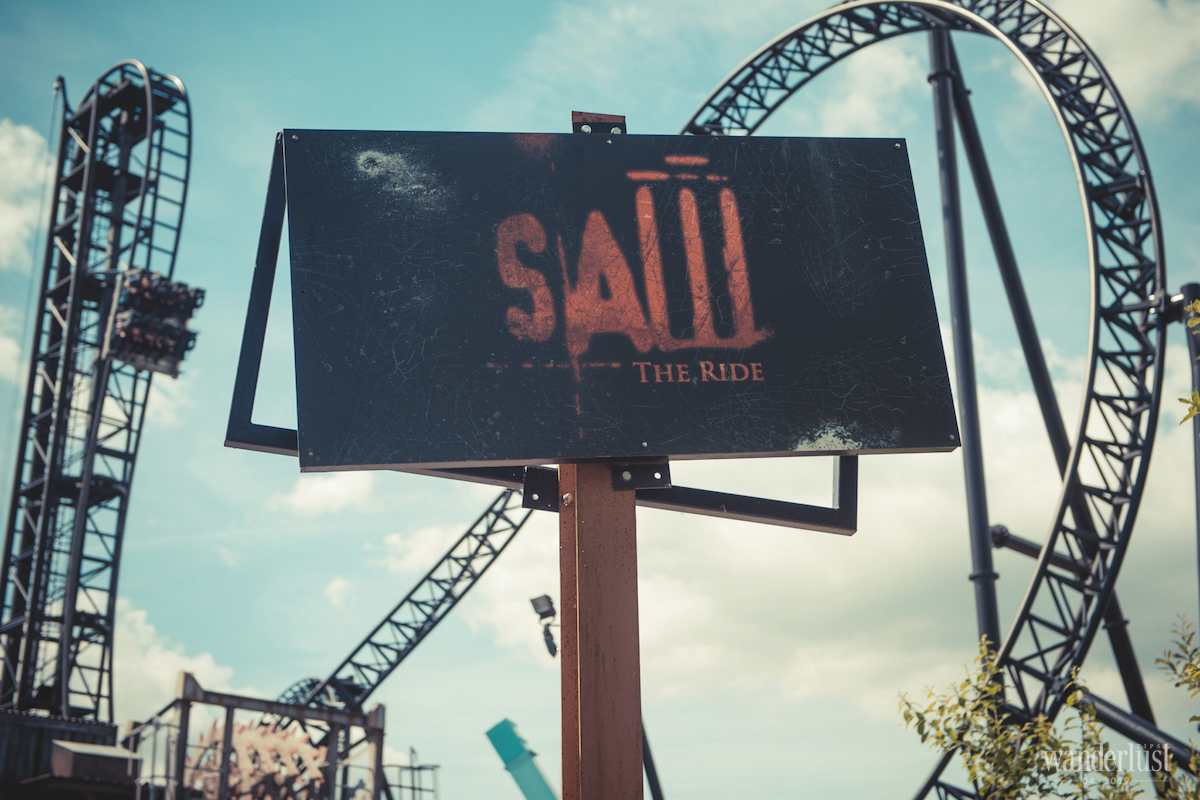 Saw – The Ride is a Gerstlauer Euro-Fighter roller coaster at Thorpe Park, located between Chertsey town and Stainesupon-Thames in Surrey, the United Kingdom. The ride is themed around the famous film series Saw. At the time of its opening, Saw – The Ride was the steepest and the first horror movie-themed roller coaster in the world. The feeling of riding on a roller coaster and screaming crazily when it seems to run straight into a pit of strobe-lit spikes or when it passes under dim lit blades is unforgettable. Besides this, the terrifying Jigsaw Killer’s equipment, the pools of blood, the barbed wire fences, the variety of torture methods, and the scary laughter of the puppet Billy will challenge your limits. Also, at special events, some staff act as victims trapped by Jigsaw – the villain in the film series Saw. 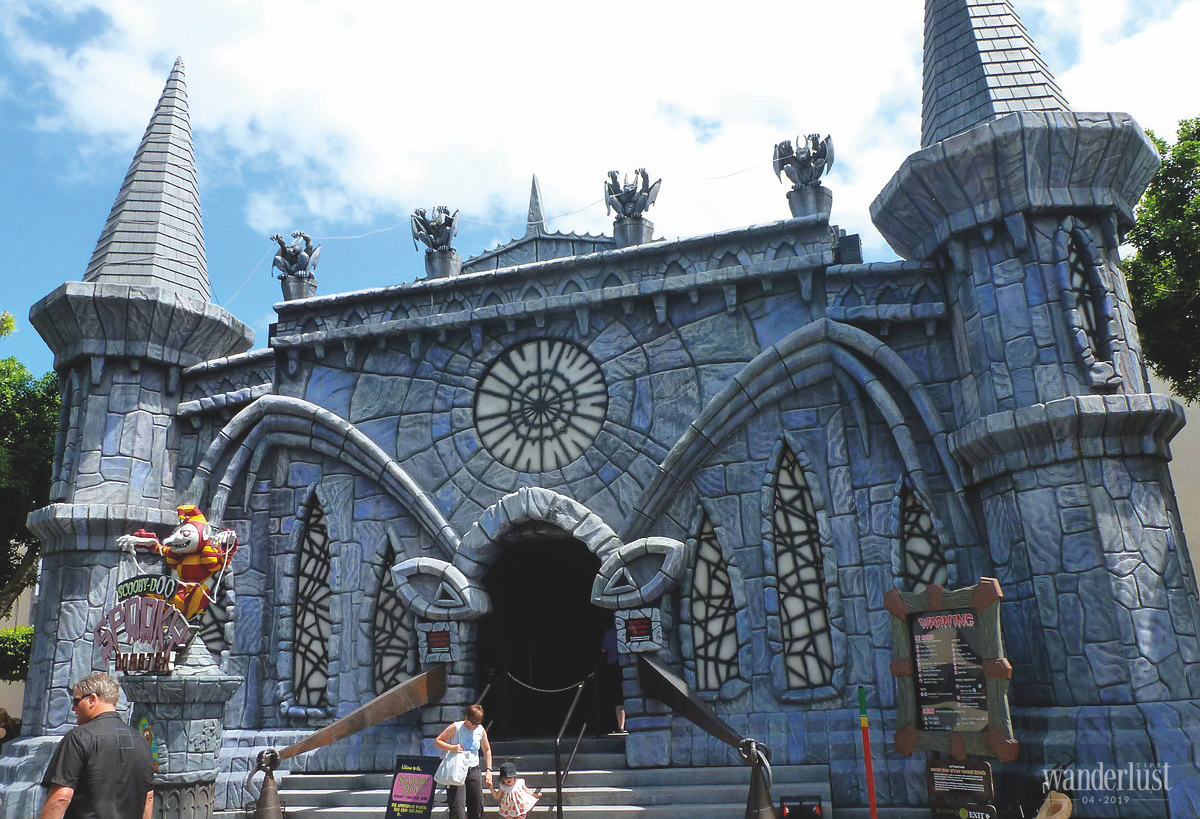 The Scooby-Doo Spooky Coaster, located in the Warner Bros. Movie World theme park on the Gold Coast in Queensland, Australia, is a roller coaster based on the action film Scooby-Doo (2002). The entrance is a replica of the Spooky Island Castle in the movie and the vehicles of the ride are also modelled on those in the film. In December 2016, the initial theming was replaced due to being a fire hazard, and with new theming and an updated name, Next Generation opened in late 2018. Still themed around the film Scooby-Doo yet updating the storyline and some effects. You have to visit Emile Mondavarious’s haunted castle, sit in a Jester car and begin your own thrilling journey full of surprises that can send shivers down your spine.

THE WIZARDING WORLD OF HARRY POTTER 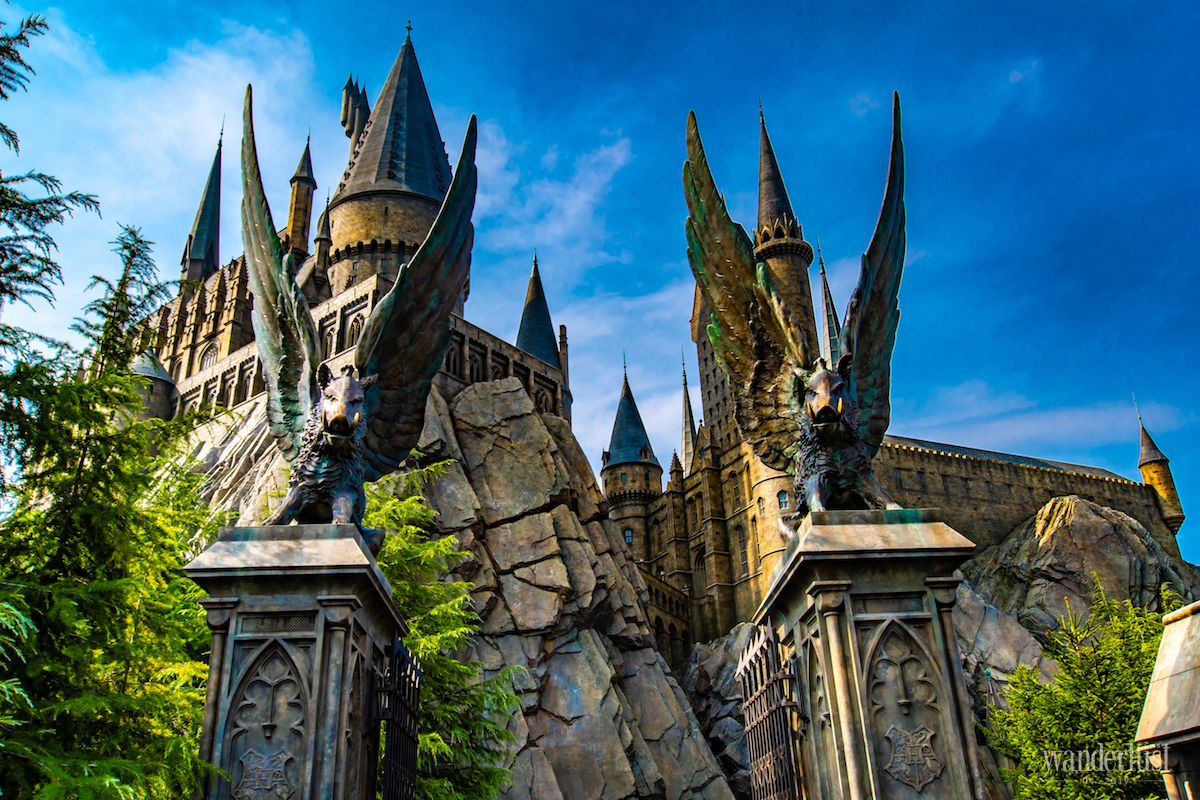 The Wizarding World of Harry Potter at Universal Studios Japan in Osaka is one of the theme parks attractions drawing in thousands of visitors, particularly the loyal fans of Harry Potter. The highlight of the theme park is Hogwarts Castle with talking portraits and Dumbledore’s office. In The Wizarding World of Harry Potter, you can engage in a magical world, enjoying delicious Butterbeer and eating like a wizard at the Three Broomsticks restaurant, or buy yourself a magic wand at Ollivander’s wand shop.

THE WORLD OF THE HUNGER GAMES 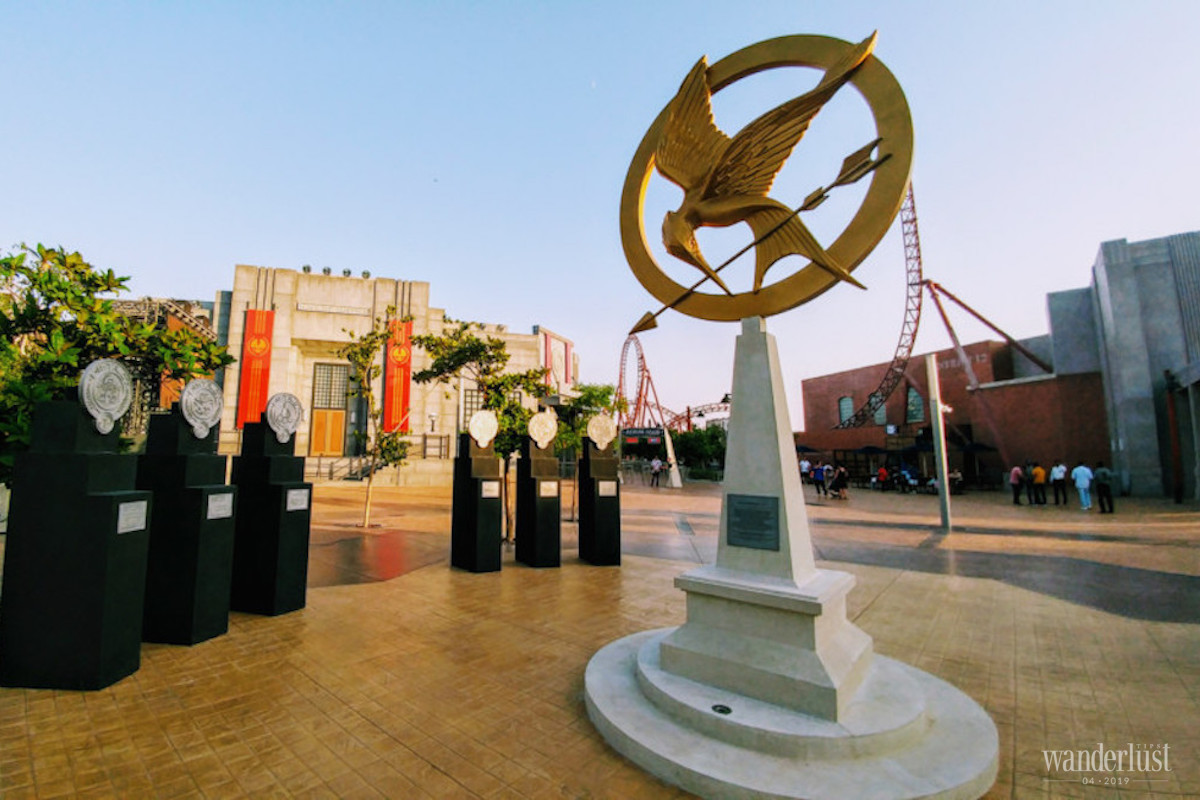 Now, fans of The Hunger Games can enjoy the film in real life at the Motiongate theme park at Dubai Park & Resorts in Dubai, UAE. Visiting The World of The Hunger Games, you will be able to get a glimpse into the fictional dystopian society from the film. Katniss and Peeta’s energy will help you release your own and boldly tackle the roller coaster and the 4D multimedia hovercraft named the Capitol Bullet Train and Panem Aerial Tour. Although The Hunger Games depicts youths fighting to the death in a dystopian society, this theme park mainly focuses on the positive aspects of the film and accordingly, while exploring the park, you can run into some people dressed up as the peacekeepers. 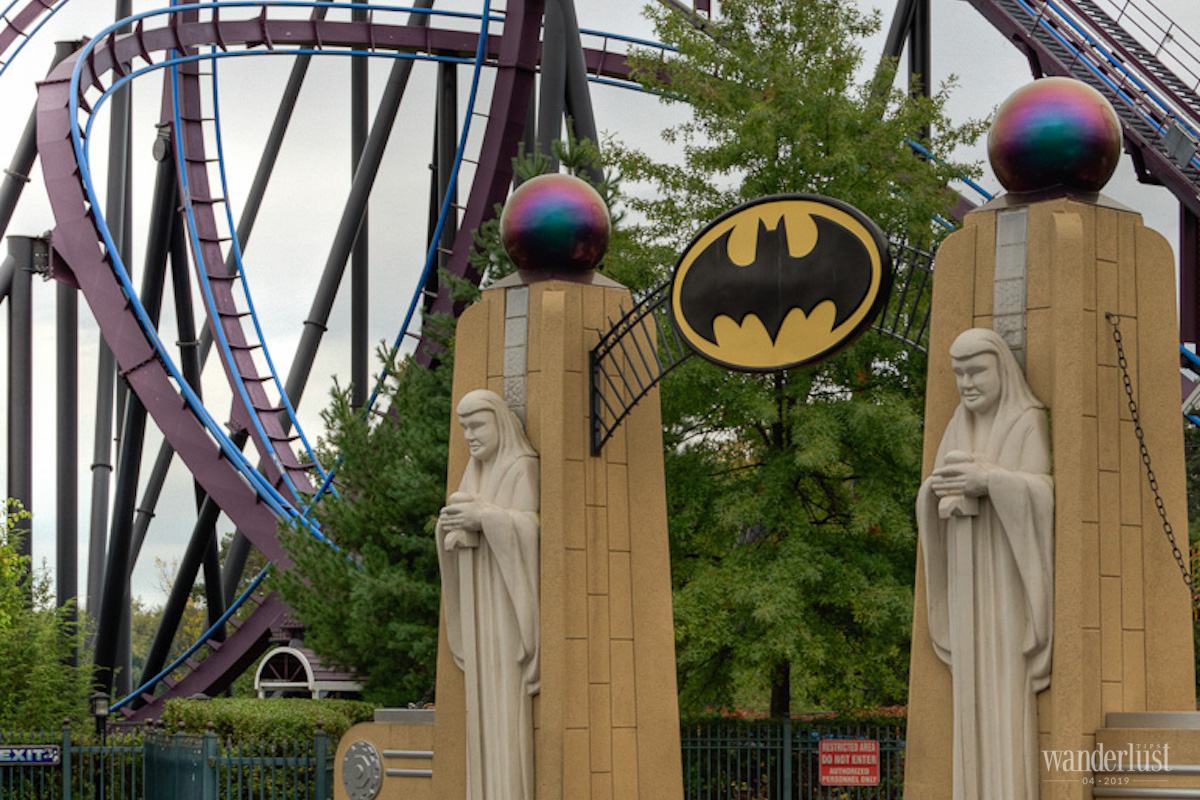 The Dark Knight Coaster is a ride located at the Six Flags Mexico theme park, Tlalpan borough in Mexico City, Mexico, and is based on the film The Dark Knight (2008). While in the movie Bruce Wayne, aka Batman, James Gordon and District Attorney Harvey Dent form an alliance to dismantle organised crime in Gotham City and are threatened by an anarchist known as the Joker. When it comes to the Dark Knight Coaster, you will experience the feeling of being stuck in Gotham City thanks to the clever tricks set up by the Joker and his men. Darkness is taking over, and the only person you can rely on is the Dark Knight.