(#wanderlusttips #shanghai) Five people have been confirmed dead after a seaplane crashed into a highway bridge on the edge of Shanghai.

Cessna 208b, a nearly 4 million USD seaplane with 10 people on board, was flying just off the coast of Shanghai, on its way to Zhousan on its inaugural flight, when it crashed into a bridge at 12.20 local time. 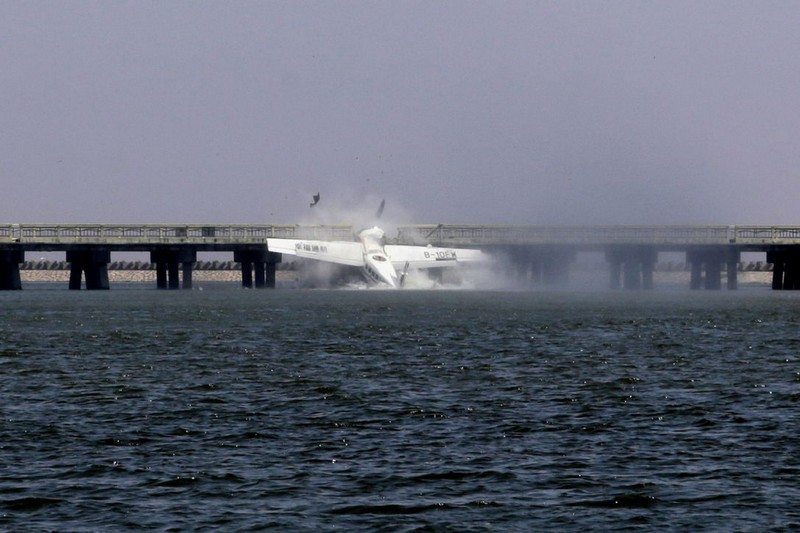 The five survivors – who included the pilot – were sent to a hospital for treatment, the Jinshan district government said on its official microblog.

Speaking from his hospital bed, one of the passengers, local television cameraman Wu Liangliang, told local media that the seaplane circled several times, then made an abrupt left turn before crashing into the bridge.

“It was like something out of a dream,” Wu said.

Another survivor, propaganda official Song Wanjun, told local media that he and three other passengers were in the rear cabin and survived by escaping through the rear emergency exit.

“I was the last one to crawl out, but those in the front rows could not,’ Song told the Xinmin Evening News, a local newspaper. ‘I was calling on everyone not to panic, but to wait for rescue.”

A media reported that the eight passengers on the jet were from a group of 16 VIP guests invited to experience a two-day, one-night chartered seaplane holiday.The second group was due to fly out at another time.

At present, the cause of the accident is unknown.

The plane was being operated by the China-based company Joy General Aviation, which offers sightseeing journeys on its floatplanes.

It specialises in short-haul trips between Shanghai and two outlying islands, Shengsi and Zhousan.