Thanks to the internet, performers today have to compete with dozens of other performers and about 5,000 marketing messages trying to get viewers’ attention. Today, buying a ticket to be immersed in one performance can be a special experience. For travellers, seeing a show in a new destination is not merely entertainment, but can also help them learn about the local culture. 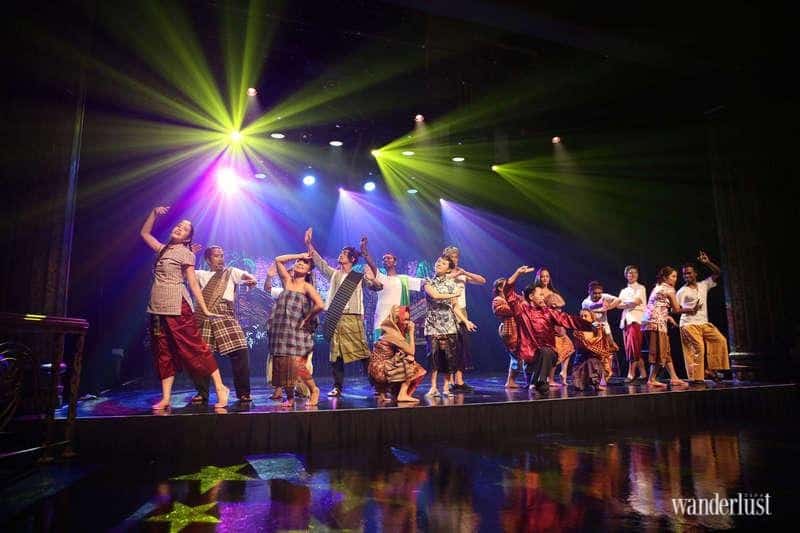 MUD Kuala Lumpur is an impressive show, telling the story of Mamat, Meng and Muthiah, three friends who move to a small town in Kuala Lumpur together to find new opportunities. Along the way, they meet many people, each with a colourful personality and life story. This is the story of people who came together to create the modern-day Kuala Lumpur. MUD show takes place at Panggung Bandaraya, the city’s 113-year-old theatre. 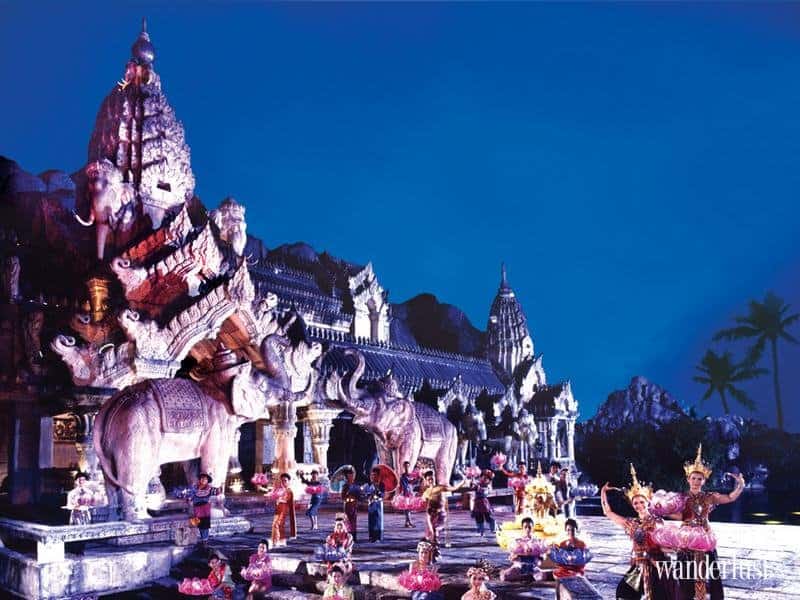 It’s truly a fantasy when you can enjoy a performance and the local cuisine at Southeast Asia’s largest buffet, with a capacity of 4,000 people. Phuket’s most spectacular show features incredible set design, sound effects, lighting, smoke, fire and a cast of hundreds. The show brings to life the traditional colours of Thailand, with circus and acrobatic acts, elephant acts, carnival performances, and impressive ballet dances. You’ll be mesmerised by the traditional dances from different regions of Thailand, shadow puppet acts and the splendid costumes of the artists on stage. In addition to the human performers, the show also sees the participation of elephants, tigers, buffalos, chickens, and pigeons. After the show, you can pay a small price to take photos with the performers, both humans and animals! 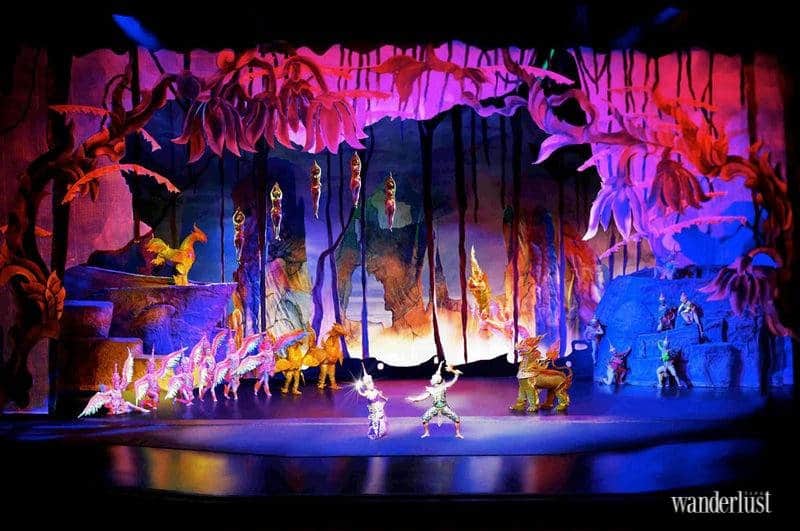 Siam Niramit, (Siam’s Dream) is a traditional Thai art show that mesmerises its audience. It recreates the entire history of the Kingdom of Thailand in three acts. It takes places on a massive stage and features over 100 actors and 500 costumes. The show is 80 minutes long without an interval. 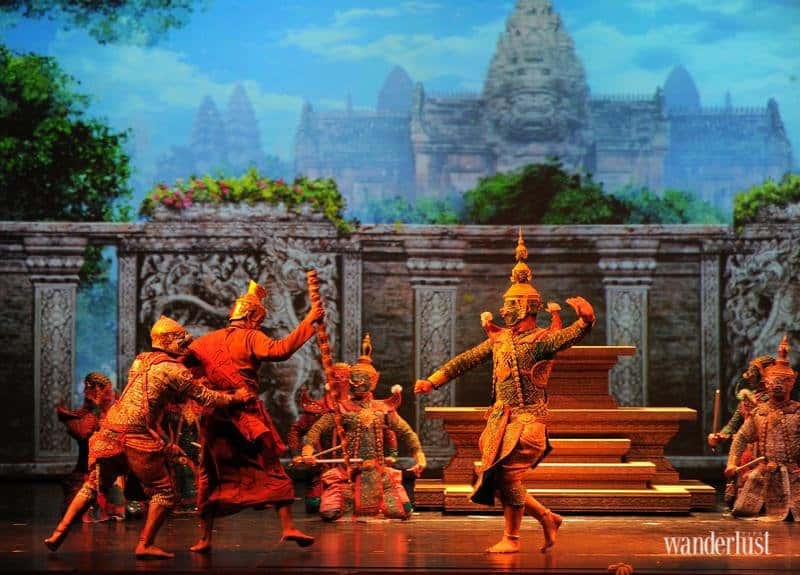 Sixty masked dancers wearing splendid costumes perform on the brilliant stage of the 80-year-old Sala Chalermkrung Royal Theatre, one of the four biggest theatres in Bangkok. “Hanuman Chankamhaeng” is a compelling, surreal story featuring the traditional hundred-year-old Khon dance, which can fascinate anyone. 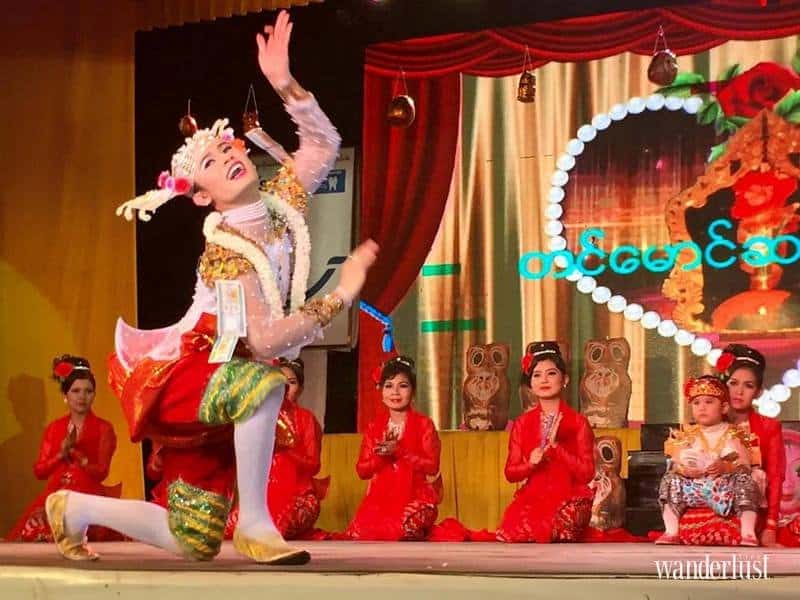 Zat Pwe is not the name of a show, but a style of traditional performing art in Myanmar that has existed since the 19th century. It is a combination of song, dance, theatre and comedy. It is said that you need to understand the culture of this country before understanding the meaning of a Zat Pwe play. Actors (mintha) will lead the stage, accompanied by actresses (minthamee) and clowns, to the music of hsaing waing – a set of traditional percussion instruments. Previously, a traditional Zat Pwe play did not take place on a stage. It usually started around 2 – 3 a.m. and lasted through the night until dawn. Zat Pwe plays feature royal dances and traditional string puppets to tell the legends in history, the teachings of Buddha in the Jataka stories, or modern-day problems like family conflicts, addictions and corruption. 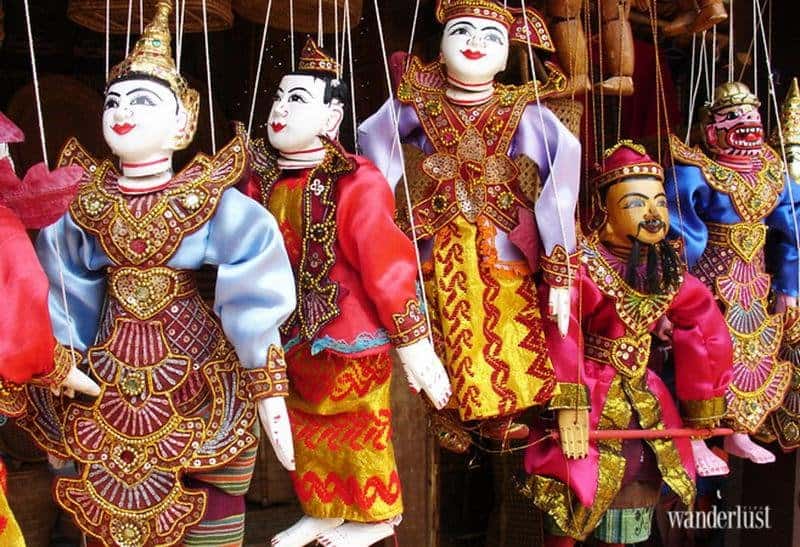 Thailand is famous for shadow puppets, Vietnam is known for water puppets, Myanmar also offers specialities in string puppets, which you can see at many different places. Previously, puppetry was only performed for kings and royalty. Now, it’s a way to tell the audience about literature, history, religion, customs and social events in Myanmar.

A performance begins with gongs playing along with ceremonial dances performed by the medium to show respect to the nats and the spirits. With only a few strings, artists can perform complex movements, with the puppets moving rhythmically with the music and singers. Artists need extremely good memories to perform a long show with many detailed dances. 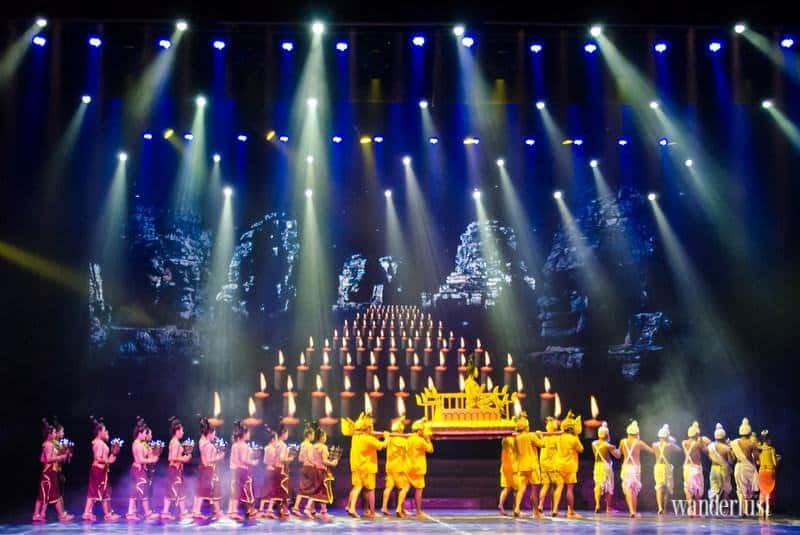 Smile of Angkor tells the stories of the history, culture, and spirit of Cambodia. The 75-minute show is divided into six acts, including “Dialogue with God”, “Glorious Kingdom”, “Resurrection of the Gods”, “Churning the Sea of Milk”, “Prayer for Life and “Smile of Angkor”. The Bayon temple in Siem Riep has 54 statues with 216 faces of Avolokitesvara, but only one is smiling, and it is also the symbol of Cambodia. The show sports impressive lighting effects, water effects, fire and smoke effects, and sound effects. You’ll see traditional Cambodian dances such as shiva, apsara, the warrior dance, the peacock dance, the monkey dance, bokator (traditional Khmer martial arts) and the royal candle dance. 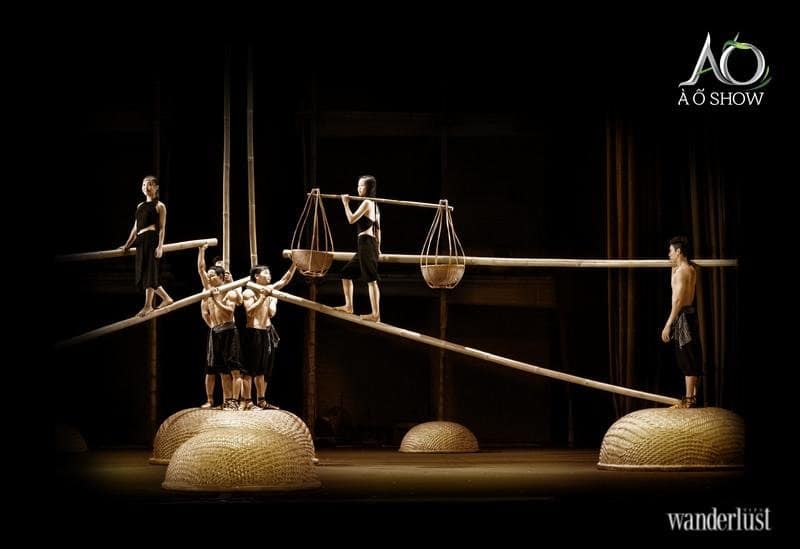 Vietnam has many traditional art forms, but it is difficult for a foreign visitor to fully understand them because of the difference in language, culture, and medium. However, Lune Production performances are unique performances that can mesmerise the audience, both Vietnamese and foreign. The three shows by Lune Productions (A O, My village and The mist) are contemporary circus performances, but in the theatre, you’ll see that it’s not merely a circus act. Sure, the performers excel in the difficult stunts and amazing circus acts. But more than that, you’ll be stunned by the traditional Vietnamese sets that feature materials made from bamboo and also by the traditional costumes. The stories, adorned by the lighting and sound effects, will recreate the Vietnamese spirits on stage. This is the story of Vietnam told in a contemporary way. 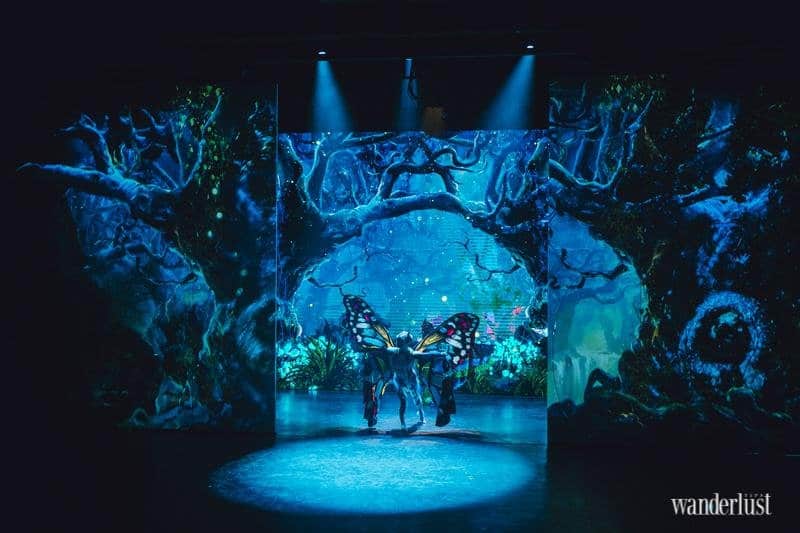 The show starts at the modern-day setting in Hanoi, but quickly changes when the protagonist is caught up in a surreal world of her own emotions: jealousy, anger, struggling to find the true meaning and values of life and love. This struggle is expressed in impressive body language, lighting and 3D effects, offering an enchanting visual feast for the audience. 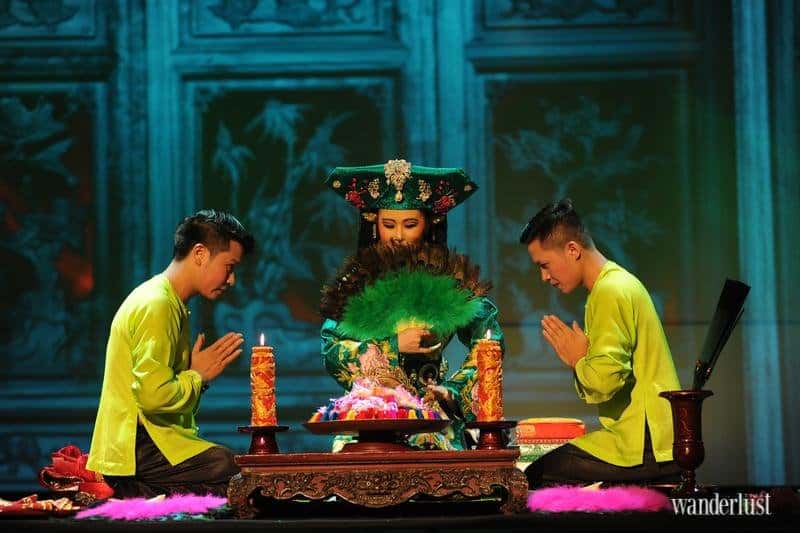 This cultural and spiritual show, “Tu Phu” (Four Palaces) was introduced in February 2016, and has wowed both Vietnamese and foreign audiences. The show offers a great experience of a unique ritual performance of Vietnam’s ‘len dong’ (to mount the medium) of Dao Mau, a Vietnamese mother goddess religion. The show takes place on the spectacular stage of the Workers’ Cinema in Hanoi. The outstanding visuals, music, colourful customs and lively dance performance have brought to life this unique custom of Vietnam, that was recently recognized by UNESCO as an “Intangible Cultural Heritage of Humanity”.