Since being launched 3 weeks ago, the WhyVietnam campaign has drawn great attention to Vietnam patriots and foreign travelers with 17.700 results googled.

Thousands of stunning photos featuring Vietnam have been spread on social media channels by youngsters to older. Millions of people have supported the campaign to promote the beauty of Vietnam on the internet.

The campaign has motivated Vietnamese youth, especially those who have a passion for traveling. They also share the love for Vietnam’s magnificent nature, to introduce and circulate the beauty of Vietnam on social media. #WhyVietnam has touched the hearts of international friends from various countries, from Asian ones including Japan, Korea, and Indonesia to Western countries such as Germany, USA, Australia, etc. All have gathered together to spread the trend #WhyVietnam with a view to promoting Vietnam’s timeless charm on Facebook, Instagram, Twitter, and Youtube.

“I have travelled to many places, experienced a lot, and noticed that the colors of different ethnic groups, as well as the traditional materials, are always a source of endless inspiration for not only myself but also for artists in general. Brocade textile will be the key material used in my upcoming ‘ao dai’ collection. That is also how I wanted to present the beauty of Vietnam to international friends through the “ao dai”, which embodies our nation’s ethnic colors. That is also why I love and am proud of Vietnam,” said Miss Vietnam 2010 Ngoc Han. 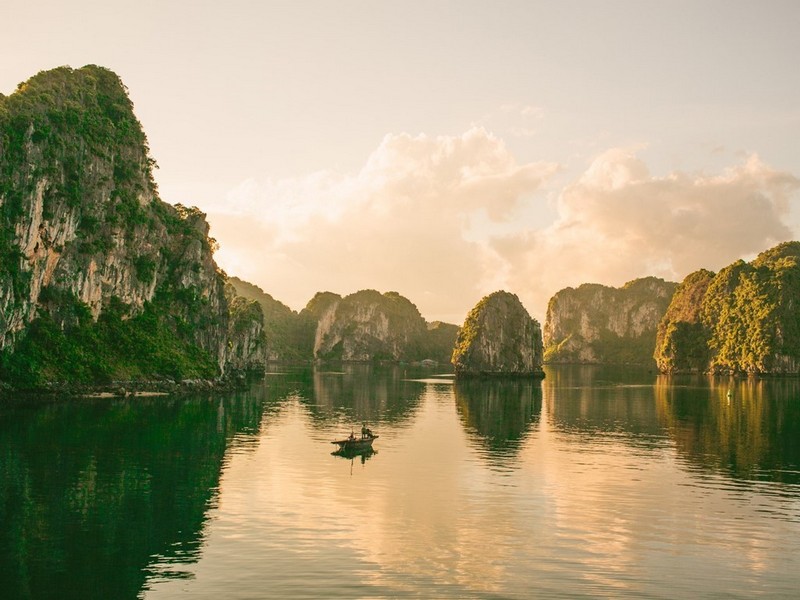 #WhyVietnam campaign, organized by Vietnam National Administration of Tourism, was expected to leverage the number of tourists coming to Vietnam in late 2016. #WhyVietnam campaign takes advantage of the emergence of social media, modern technology, and online marketing channels to promote the most beautiful moments of Vietnam featuring its nature, people, culture, and so on to the mass society in and outside Vietnam’s territory.