Also known among Vietnamese as ‘Tay Do’, meaning the Capital of the West, Can Tho is a truly happening city in the Mekong Delta Region. While famous for its pastoral beauty of complex waterway network and lush fruit orchards, Can Tho is also a buzzy city with sufficient facilities to accommodate and entertain visitors both domestic and abroad. 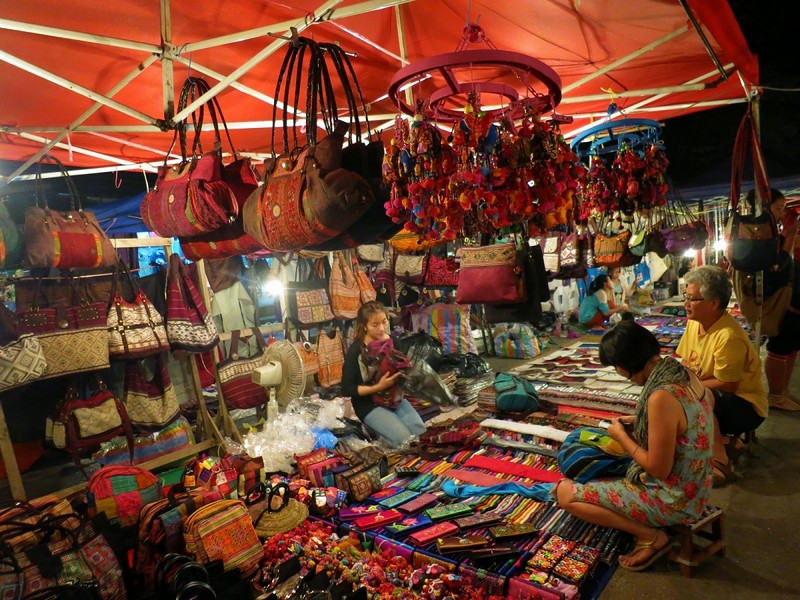 Tay Do Night Market is approximately 1km far from the central of Can Tho City. This market is not only well-known as the trading centre of Can Tho City, but also attractive tourism destination.
In the past, Tay Do night market was a wholesale market, mainly exchanging goods in and out of Vietnam. However, in the recent year, besides the task of exchanging products, Tay Do night market is also used for cuisine and entertainment services. Basing on its large scale and importance, Tay Do night market is recognized as a large trading centre in Mekong Delta.
Tay Do night market is designed in accordance with the landscape around and expresses the Southern style. The market is divided into many stalls of clothes, handicrafts, jewelry, foods… which can meet all the demand of local and tourisms. In addition, there are many interesting activities like games and traditional music shows. 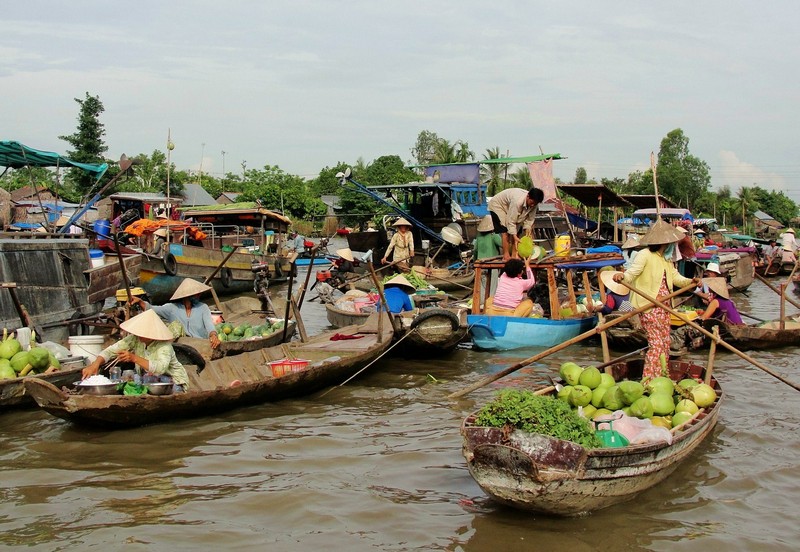 The Cai Rang Floating Market, the largest wholesale floating market in the Mekong Delta, starts around 05:00 and runs until around midday, meaning that you’ll have to get an early start to the day if you want to visit. Most tour boats along the riverfront leave between 05:00 and 07:00, so if don’t make it to the water by then you’ll have a hard time finding a tour.
The market is about six kilometres from Can Tho, or about a 30-minute boat ride. While floating down the river, you will glimpse life along its shores. You’ll pass vibrantly painted boats anchored along the shore, merchant vessels carrying loads down the river and houses built on stilts over the water.
Once you finally reach the market, it’s an impressive site. A stretch of boats selling all variety of goods lines the river. Not really a place for souvenirs, people come here instead to buy large quantities of goods, mostly foodstuffs, and you will get an idea of what water commerce in the Delta looks like. 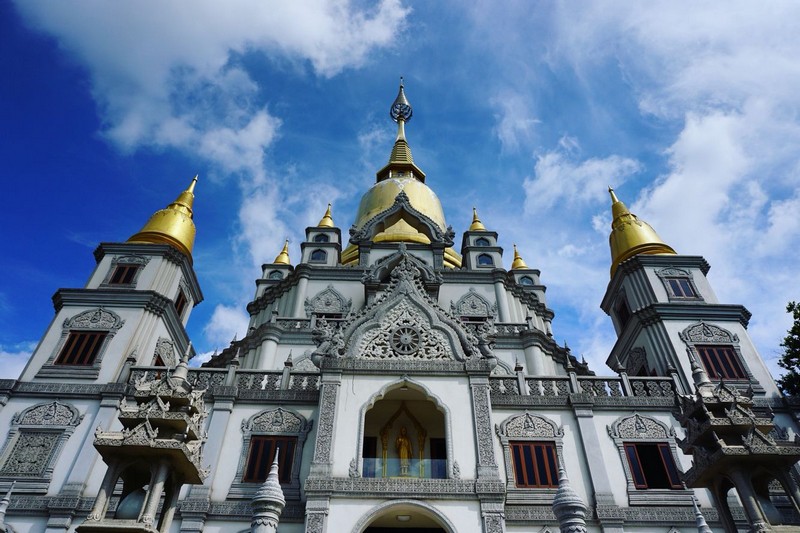 This pagoda is located about five kilometres from the city centre and is housed in a square four-storey structure. The entrance is dominated by ornate tiling and a wooden sitting Buddha. While this part emanates spirituality, throwing off the ambiance a bit is the rather gaudy chandelier hanging just before the Buddha.
The pagoda also houses an orphanage so don’t be surprised if you have an entourage of children following you. While each floor has an almost identical floor plan, there are different buddhas on each level. 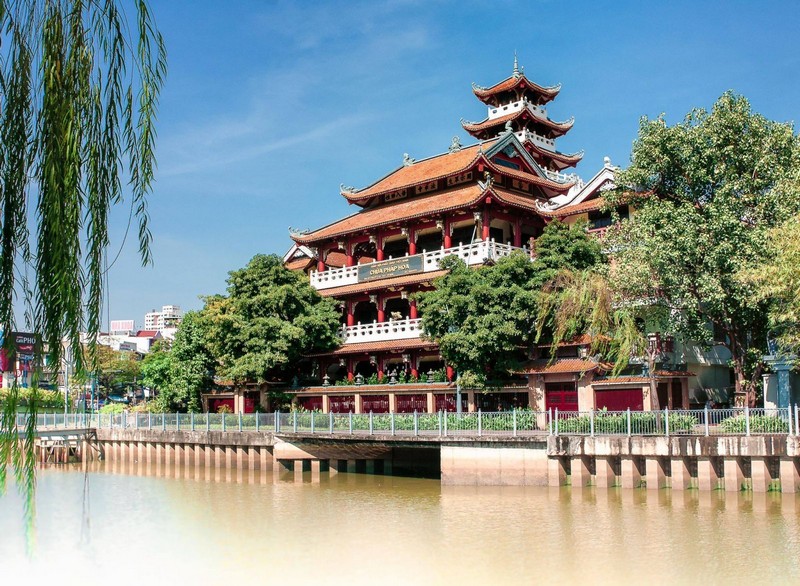 This immense building dominates the corner of Hoa Binh and Nguyen Thai Hoc — one of the busiest intersections of Can Tho. Set on five floors, ornate stone staircases crisscross at the brown and tan building.
The ground floor courtyard holds a tree festooned with red pieces of paper that wellwishers can purchase at the gift shop next door and place on the tree for good luck. Smiling monks congregate throughout the complex and like Buu Tri Pagoda, each floor has a different Buddha statue as a centrepiece. The top floor has commanding views of the city but none overlook the river. 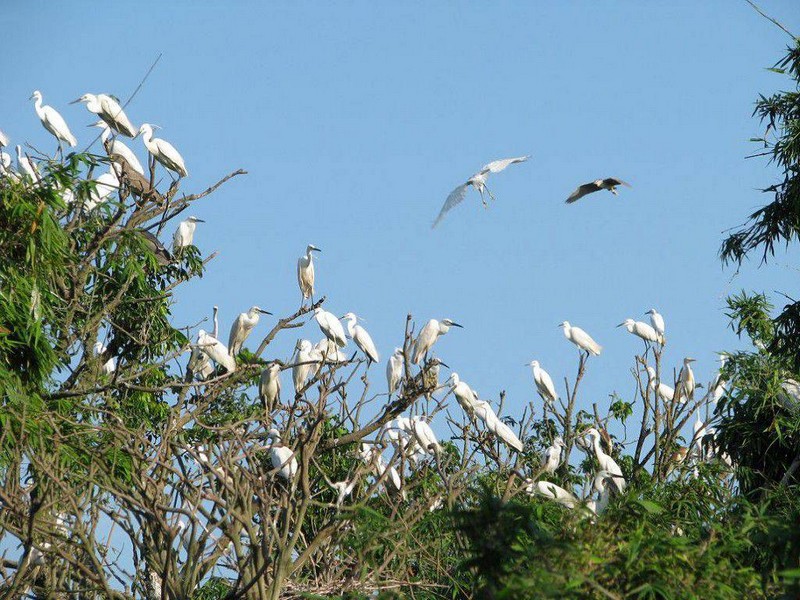 Located in Binh Thoi Hamlet, Thoi Thuan Commune, Thot Not District, 52 kilometers from the center of Can Tho City, Bang Lang Stork Garden is a popular stop for tourists. The garden covers about two hectares and is home to thousands of storks as well as many other kinds of birds. There are various species of storks living at Bang Lang Stork Garden including cattle egret, ibis, striated heron and painted stork.
There are also other species making it their home such as black-crowned night heron, little cormorant and greater coucal heron. Eighty percent of birds in the garden are the white cattle egret. This species of stork often builds their nests in the garden from March to August of the lunar year. The best time to admire the garden is 5 p.m. when flocks of storks fly back to their nests. They hover on the sky then perch on tree peaks, twitter together and pose in the wind. There is a three-meter watching tower for tourists to see birds. 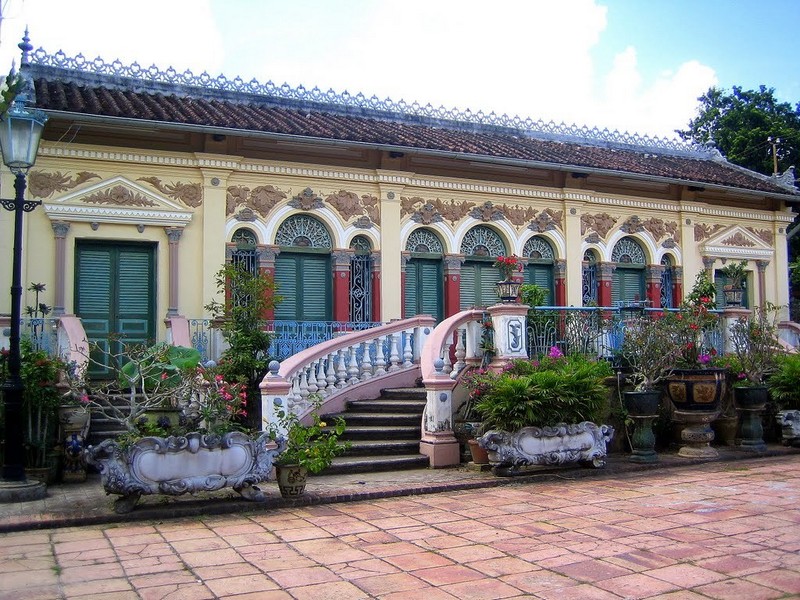 Binh Thuy ancient house is an ideal place to explore the region’s history. Located at 26/1A Bui Huu Nghia Street in Binh Thuy ward, about five kilometers from downtown Can Tho, the house is filled with features that represent rural areas in the Mekong Delta region during the 20th century.
The French-style house was built in 1870 by the Duong family on an area of nearly 6,000 sq m. Its base is about one meter higher than the land surface. In order to keep warm and avoid termites, the house owner laid a 10 cm layer of salt under the floorboards. With front and back gardens, the five-room house offers a comfortable environment full of fresh air and brilliant sunshine.