Some consider travelling a way to escape from reality or to get away from familiar places to sunbathe or sightsee. For others, travelling doesn’t need to be a holiday, but another way of living, learning new skills, experiencing different cultures first-hand and helping others. From this point of view, voluntourism has room to grow. From an economic view: a billion-dollar market.

According to an article posted in 2014 on Washington D.C based National Public Radio, voluntourism is one of the fastest growing trends in travel today with more than 1.6 million volunteer tourists spending about USD2 billion each year.“Already, the industry is worth USD173 billion per year, and it is estimated that emerging markets will surpass advanced economies in international arrivals,” stated the Tourism and Hospitality Research 2014. 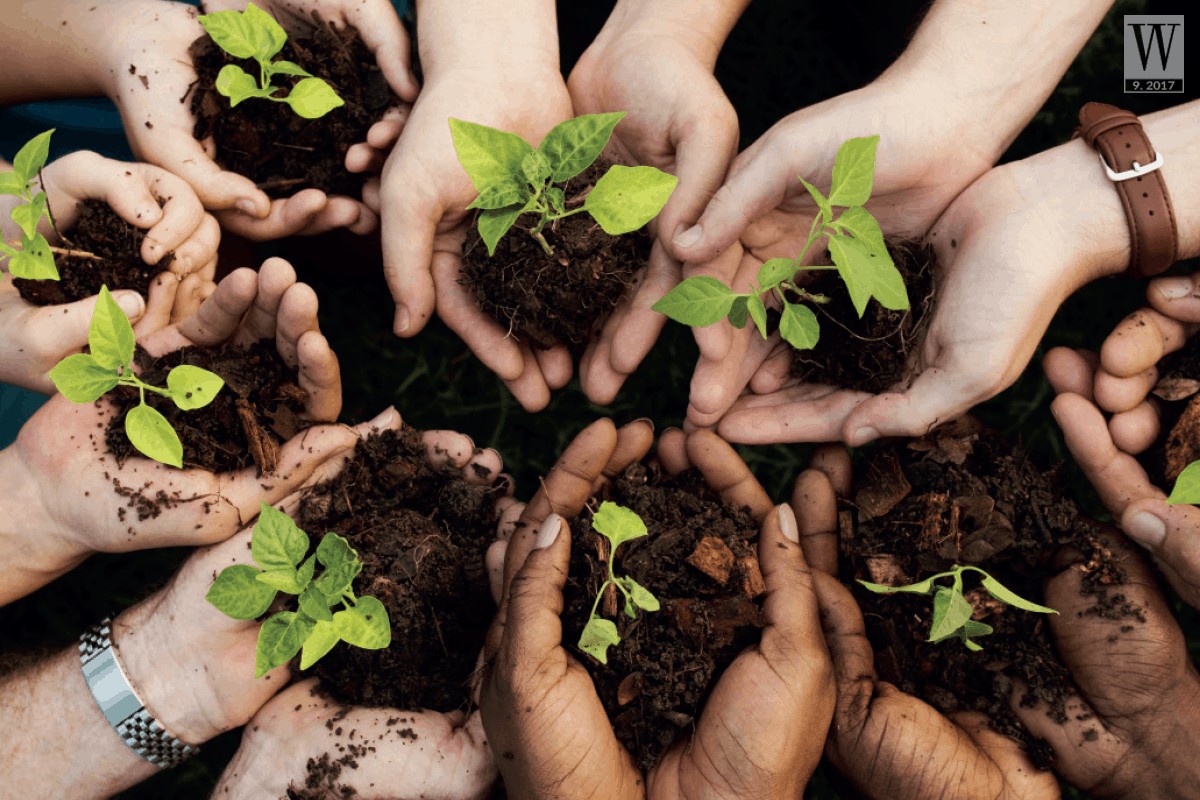 Thousands of organisations providing volunteer vacations grant people a chance to travel for a good cause. Among these, Africa has the most organisations, nearly 500, offering more individual programs and products than any other region (over 2,000). Ghana, Kenya, Tanzania, South Africa, and Uganda are some of the most popular destinations for volunteer programs, as revealed in the above-mentioned research.

This trend has drawn great attention from millenials who expect life experience and personal growth while still looking for a chance to give back to the host community. And voluntourism provides them with exactly what they are seeking. According to a survey released by Marriott Rewards Credit Card, 84 per cent of millennials say they would travel abroad to participate in volunteer activities, and 32 per cent of millennials are interested in taking a charitable trip.

FROM A TOURISM VIEW: A TRIP OF A LIFETIME

The numbers mentioned above are impressive enough. Yet besides from a commercial aspect, we may also find it more amazing to see the motivation that urges people to join and how they feel after a trip. That would explain why more and more people are willing to spend their vacation and even money on this kind of travel. “It was one of the most amazing experiences of my life,” said K. Wulfers from Texas who volunteered in Kenya with an organisation called Love Volunteers. She said that she enjoyed meeting people and went on excursions to discover the local life during her free time.

Africa seems to leave exceptional experience. Like K. Wulfers, Sabrina Colombo felt so engaged with the job that she decided to become a long-term employee of LEO Africa after joining a lion and black rhino volunteer monitoring programme based in a private game reserve of 33.000 hectares. The main job of the 2 game drives was to monitor the lions, but also elephants, leopards, hyenas, cheetahs and some birds and mammals of interest. The volunteers help collect data in the field and then enter it into a computer as the staff has to provide weekly, monthly and annual reports for the reserve, to help make the correct decisions to keep the balance in the reserve. The volunteers come from all over the world. In addition bush walks, koppie climbing, sleeping outside and night drives are planned and the participants share their time with people from all around the world. “I fell in love so much with this place that I ended up doing everything I could to come back! I got back to Italy after volunteering for 2 months, saved money to do a course to become a field guide and now here I am! My dream came true!!!” she said excitedly. 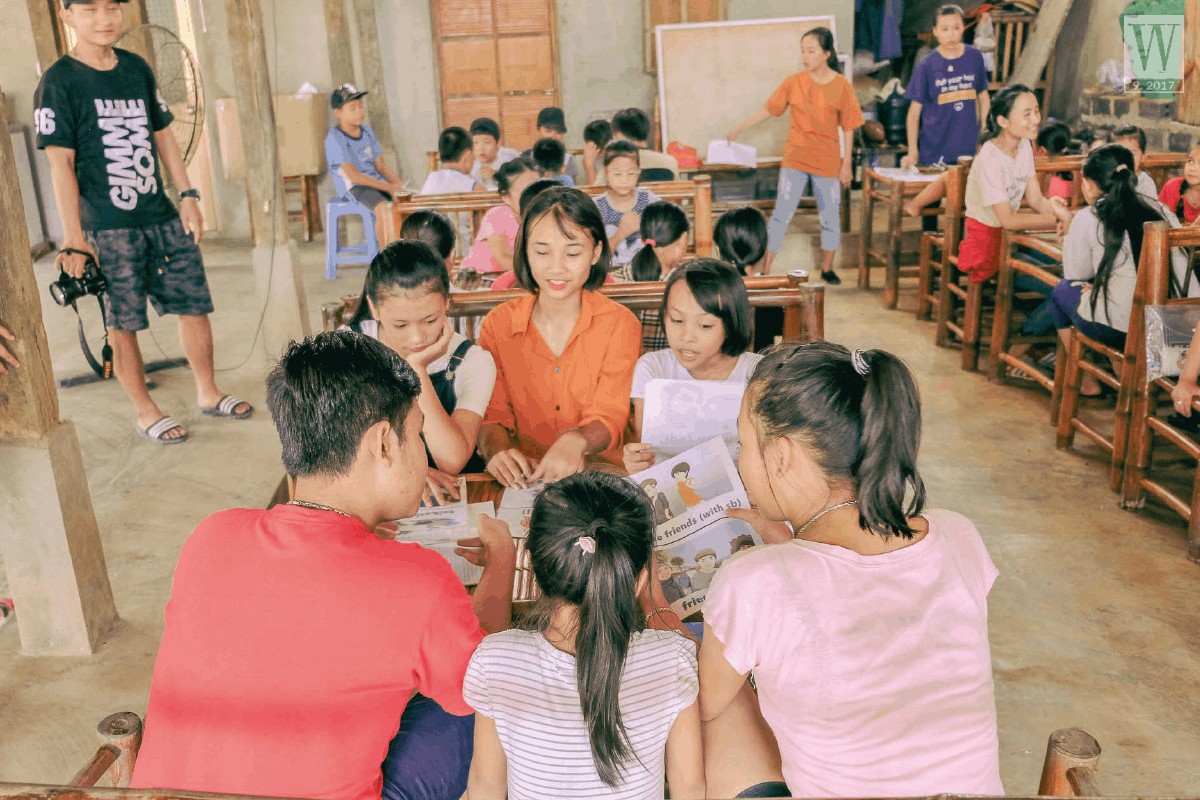 A little bit different, Mai Huong, a 24-year-old Vietnamese travel enthusiast, finds voluntourism to be a way to travel more on a little budget. She found her chance with WWOOF (World Wide Opportunities on Organic Farms). With this organisation, the young writer experienced being a farmer in Mongolia, Thailand and Myanmar. “I did farming work at organic farms and found it interesting to cultivate, breed and do many other things I have never done before. I worked 4-5 hours per day from Monday to Friday, and in return the farms provided me with food and a place to stay,” said Hương. Hương was also very excited to try a different living lifestyle: “I lived with many other voluntourists and we took turns to cook traditional dishes from each nation. It was really fun as we now know more about different cultures and cuisine.”

Actually, compared to the normal way of travel, voluntourism can help save money. Another voluntourist shared that, she took part in a programme to teach English in Chile for 8 months with WorldTeach and the program cost was about USD4,000, including airfare, visa, training, housing and meals, and a stipend to cover basic costs.

Whether you aim is to broaden your experience, to learn new skills or to take a dive into a new culture, when you travel on a budget on a volunteer vacation you get all of it by contributing to the local community, which adds  meaning to your trip. Wearing and McGehee (2013), in a book analysing this trend, concluded that, ‘‘international volunteer tourism often focuses on humanitarian and environmental projects with the intention of serving the communities in need.’’

Volunteer For Education (V.E.O), which has been established in 2013 in Hanoi now provides many volunteer tours to remote regions of Vietnam such as Lao Cai, Phu Tho, Yen Bai and Ha Giang. “There have been around 10,000 people joining our tours since they were established,” said Thuong, a member of V.E.O. “The volunteering work includes teaching English and soft skills, renovating roads and maintaining or building schools. We run this social business to improve living standards, education and infrastructure in remote regions of Vietnam. Bringing people to lesser-known places, we hope to raise people’s awareness about poor conditions in the regions and even sometimes in places that are located in famous tourists destination.”

In 2014, National Geographic listed the volunteer programme in Vietnam operated by Global Volunteers in their 50 Tours of a Lifetime.

Even though many people feel that the voluntary trips they take are exceptional, and fantastic and some even wish to experience the same trip again, that does not mean that there aren’t any negative things about this kind of travel. For tourists, the complaints are normally about being overcharged, poor accommodation and many other issues relating to the gap between expectation and reality. One shared with Wanderlust Tips, that he was so disappointed as he was expected to learn some stuff, but he had to spend 10 days cutting bamboo and his partner spent 10 days on her knees taking out weeds. Another voluntourist was expecting to teach English to children but when he arrived, all the children had finished school. 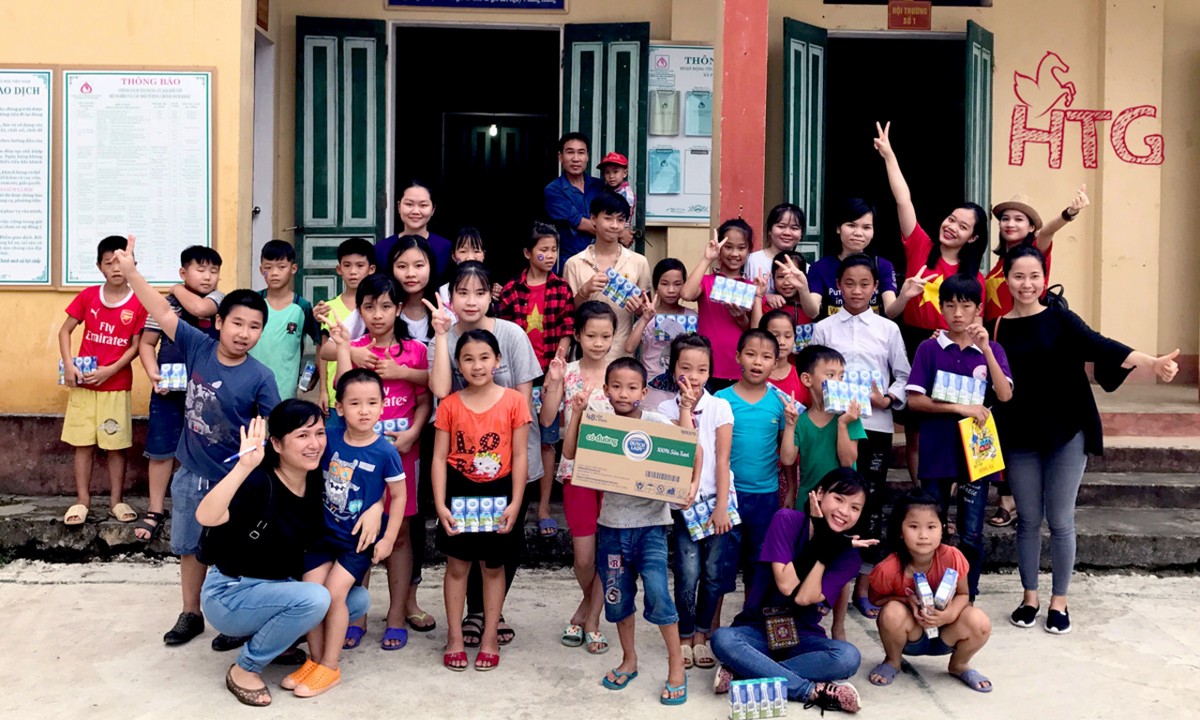 Many people pour thousands of bucks to sign up for this kind of tour but they, for some reason, do not really take part in the trip, but are still charged. And then, a question arises about whether the money they spent went to the people in need or to the organiser’s pocket. Being asked about the financial transparency, V.E.O, who turned from a NGO to a social business, reveals that they re-invest the income in the social projects but cannot make clear to voluntourists how much they allocate in what way to the local projects. With an average 9 people signing up for a tour with V.E.O per day, many will have questions about this issue, especially when their experience from the trip is not what they expected. This situation is likely to happen. In fact even the organisations with good reviews can be doubted of being a scam if involved in such financial disputes.

From another point of view, short-term voluntourists can do more harm than good for the host community, especially in the specialised fields such as health or childcare. That is not to mention the question of whether or not a community is comfortable with strangers in their midst and how they make sure that local culture is protected and respected. According to a journal on CNN, in the case of orphanage tours to places like Siem Reap in Cambodia, the presence of wealthy foreigners wanting to play with parentless kids has actually had the perverse effect of creating a market for orphans in the town. A system has emerged in which parents will rent their children out for the day to play with gullible backpackers, creating fraudulent orphanages in response to visitors’ demand for them. Lumos, a charity by J.K.Rowling, proved that 90 per cent of the eight million children in institutions worldwide are not orphans and have families at home which want to care for them but cannot because they are pushed into institutions because of poverty and discrimination on the basis of disability or ethnicity. “Voluntourism is one of drivers of family break up in very poor countries. It incentivises ‘orphanages’ that are run as businesses,” she tweeted and this is the reason why Lumos does not support voluntourism.

It sounds terrible enough for any kind-hearted human being, but even if there is no such conspiracy, some argue that the orphans are vulnerable and they need stability instead of a momentary commiseration.