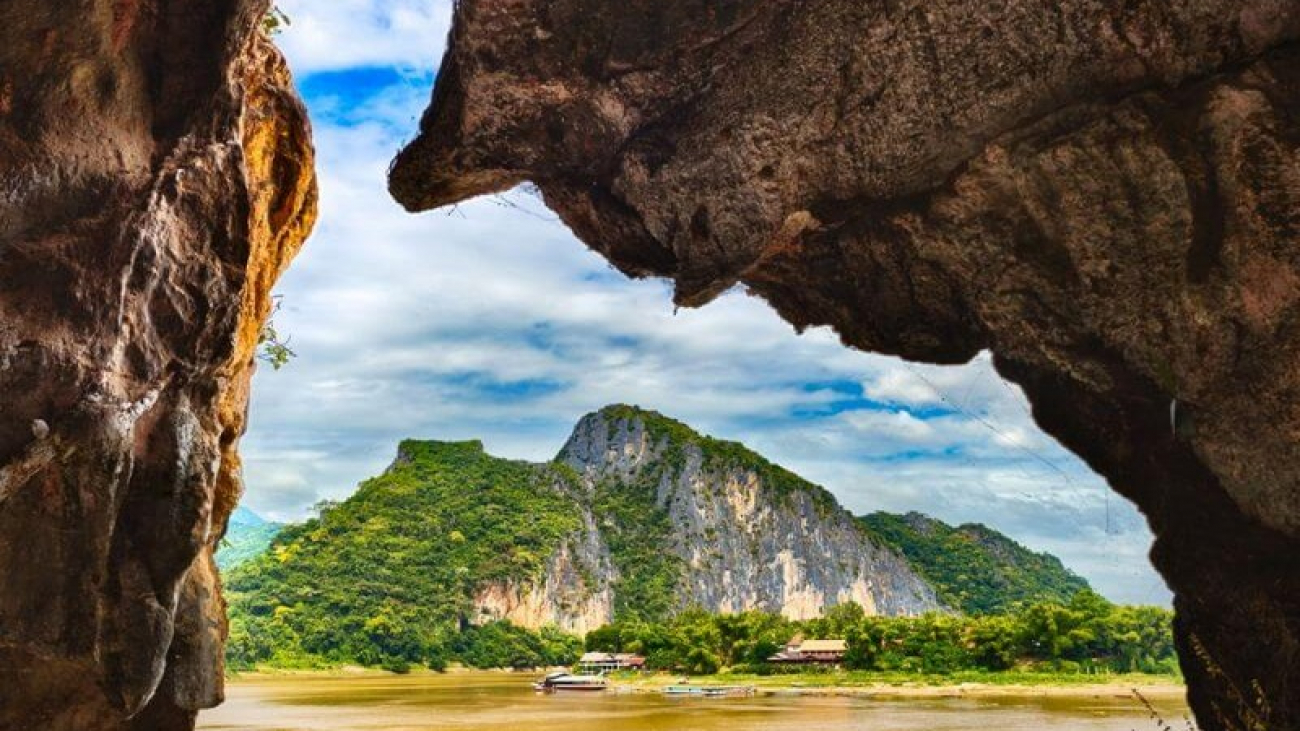 With its magnificent waterfalls, tranquil temples and mystifying caves bursting with cultural and historical significance, Laos is one of the most fascinating destinations in Asia. If you are a cave enthusiast, these should all be at the top of your travel bucket list.

Embedded into riverside limestone cliffs and dating back thousands of years, the caves of Pak Ou are known as the soul of the Mekong River – the longest river in Southeast Asia and home to a staggering collection of over 4,000 Buddha statues. Take a boat down the Mekong to reach the Pak Ou Caves, located 15 miles north of Luang Prabang in Laos. There are two main caves, called Tham Ting and Tham Thung. After a walk along with the first one of Tham Ting, you will continue to follow a steep stone staircase up a cliff to the second cave which is smaller than the first and similarly filled with Buddha statues. If you want to seek a bit of solitude and enjoy the caves’ spiritual ambience in Laos, a beautiful afternoon will be the best time for your discovery.

A vast passageway tunnelled through a limestone mountain by the Hinboun River, Konglor Cave is regarded as one of Laos’s natural treasures located in Phu Hin Bun National Park, Khammouane Province. A tour of this dramatic 7.5-kilometre natural wonder will allow you to experience a thrilling, high-speed boat ride through the pitch-black whilst marvelling at the cave’s stunning formations up close. Make sure you have a headlamp and life jacket. Deep inside the cave, there is a glowing pool which locals believe is sacred since it reflects the skin colour of one Hindu God, Indra. The best time for you to visit Konglor Cave in Laos during the dry season, from November to April.

Famed for outdoor adventure and natural beauty, Vang Vieng boat karst formations packed with visitor-friendly caves. Located four miles north of town and measuring a length of around 500 metres, Tham Nam or the Water Cave is the perfect place to cool off on a scorching hot day. For an ultimate cave experience in Laos, you ought to rent an inner tube, headlamp and a dry bag for your valuables at the entrance and then make your way into the pool at the mouth of the cave. Make sure to arrive early to avoid crowds and wear footwear as you will have to wade through the water to get your tube over the shallow patches. The best time to visit is at the beginning or end of the dry season when the water level in the cave is ideal.

Located in Houaphanh Province, Laos, Vieng Xai caves are known as the ‘Hidden City’ that embraces fascinating history and distinct culture of the land of a million elephants. The sprawling subterranean complex includes underground military barracks and the Pathet Lao headquarters, as well as a school, hospital, radio station and a theatre. There are nearly 500 limestone caves in Vieng Xai, but only seven are open to the public. In the 1960s, these caves provided protection from the live ammunition dropped over Laos during the Vietnam War bombing campaign. Travel throughout northern Laos is pretty difficult and dangerous during the rainy season, so the best time to visit Vieng Xai is between November and April.

Situated in northern Xieng Khouang Province in Laos, one of the most heavily bombed places in the world, Piu Cave stands as a solemn memorial to the the 374 innocent villages that were killed by a single US missile attack in 1968 as they they sought shelter. There is a small museum that gives visitors a sobering glimpse of the aftermath of the missile strike and a memorial shrine at the base of the trail up to Piu Cave. If you plan a trip to Piu Cave, make sure to avoid the rainy season from May to October. Piu Cave is especially teeming with visitors on 24th November, the anniversary of the missile strike.