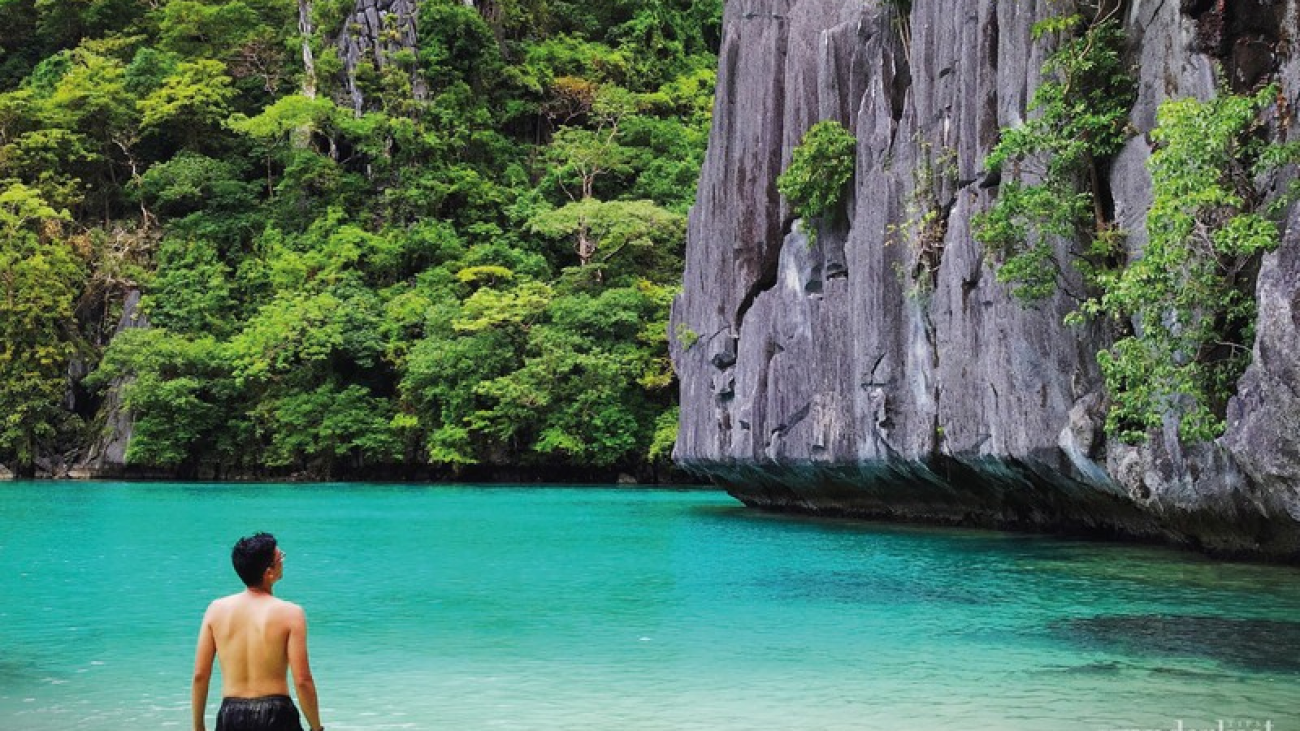 The Asian continent is blessed with its rich natural landscape and unique culture, creating a strange attraction for all visitors. The four special characters appearing in the June 2018 issue of Wanderlust Tips magazine will share their impressive experiences on the exciting Asian journey.

I have visited many Asian countries, especially those in Southeast Asia such as Cambodia, Singapore, Malaysia, Thailand, the Philippines, and Indonesia. Among those journeys, my first trip to El Nido, Palawan, Philippines is the most memorable one. That day, there was a storm, so all of the tours on the island were cancelled, and boats were not allowed to go offshore. In such weather conditions, my team of 4 people made a very daring decision, which was hiring a kayak to explore the island with the hope of avoiding a meaningless day on the island. El Nido was often busy with boats and ships sailing in and out, now there were only two kayaks of four daring people. Only with a mobile phone installed with GPS and some tips from the kayak owner, we successfully reached extremely beautiful water areas.

Also on this trip, I discovered Cadlao Lagoon – one of the most beautiful destinations in El Nido, the place that a lot of visitors usually miss out on. The storm was a blessing in disguise; we would not have been able to have such a special day if it hadn’t been for the storm. On the way back, sometimes the waves were so big that they made our kayaks flip out, the rain was so heavy and the winds were so strong. In the evening, after 8 hours of rowing the kayaks, our muscles in both hands hurt like never before, but it was an experience that I would never forget.

THE MIDDLE EAST IS VERY DIFFERENT FROM THE REST OF ASIA

As a backpacking devotee, I often like to travel by myself to explore new places, new people and follow my passion. However, on a trip to Dubai only, I chose to book a tour from a local travel company because Dubai is located in West Asia; the Middle East Islamic countries have cultures and lifestyles that are very different from the rest of Asia.

When you arrive in Dubai, the first thing you will feel is the heat of the desert climate; there are not many trees while the leaves are covered by a pale brownish colour of sand. People who live here, in the midst of a hot desert all year round, both men and women have white skins as they are Arabs, and because of Muslim rules, girls have to wear Hijab covering their head and shoulders, even the whole face.

In Dubai, I have had many memorable experiences like camel riding, nighttime in the desert, and driving a jeep through sand dunes. Besides nature, when I travelled to each place, I also enjoyed meeting new people and learning about their lives; it made me feel happy to have become a part of life there.

I WANT TO GO BACK TO JAPAN AND THAILAND

Due to my passion for travelling and the nature of my work, I have had many chances to visit a lot of countries in Europe and Asia. There are two places that I really want to return to in Asia, which are Japan and Thailand.

Japan is probably well-known for its special features from nature, culture to sophisticated and expensive cuisine. And the time when I travelled to this country, I could feel it fully. The way Japanese people respect each other, appreciate their culture and nature, taking care of themselves was so impressive to me, even though the custody and sense of “appreciation” sometimes tied them up in extremely stressful and busy lives, especially in big cities.

Thailand is a safe and pleasant destination when you need a short vacation; you can travel without thinking too much. I can find a relaxing space that is close to nature and extremely convenient anywhere in this country. In addition to friendly locals and good food, Thailand will definitely bring you the feeling of being at home.

ENJOY LOCAL DISHES IN THE COUNTRIES WHERE THEY WERE ORIGINALLY MADE

I have visited many European countries such as France, Italy, Greece and other Asian countries such as Cambodia, Myanmar, Singapore, Thailand, China, and Korea. During the trips, I especially love exploring the food. I find that Asian cuisine is very different from European cuisine. If European dishes are often the combination of butter, eggs, milk, meat, seafood, and fruits, Asian dishes focus on using a variety of vegetables and spices to make the food becomes less strong but still retain a special flavour.

I like Tom Yum from Thailand. This dish is a harmonious combination of fresh seafood, spices, and coconut milk to create sour, spicy, greasy and rich flavour, bringing a lot of sensations to diners when enjoying it. I was also impressed by the famous Peking duck when visiting China. This is a very typical dish in Chinese cuisine with crispy crust from duck skin, soft fat of the meat, which will surely leave an unforgettable impression on those who eat it for the first time.

Certainly, Asian cuisine has many other rich and fascinating dishes that we cannot name at once. I think when travelling far away and enjoying the local food in wonderful scenery, we can feel the ultimate sense of the taste.